Salmon farming in crisis: 'We are seeing a chemical arms race in the seas'

This information is from a documentary called "Poisonous Fish: The Big Health Lie" that aired in November 2014, produced by Austrian national TV (ORF)

Rare only 40 years ago, farmed salmon is now taken for granted in our kitchens.
But the growth of the industry has come at great cost

Every day, salmon farmers across the world walk into steel cages – in the seas off Scotland or Norway or Iceland – and throw in food.
Lots of food; they must feed tens of thousands of fish before the day is over.
They must also check if there are problems, and there is one particular problem they are coming across more and more often.
Six months ago, I met one of these salmon farmers, on the Isle of Skye.
He looked at me and held out a palm – in it was a small, ugly-looking creature, all articulated shell and tentacles: a sea louse.
He could crush it between his fingers, but said he was impressed that this parasite, which lives by attaching itself to a fish and eating its blood and skin, was threatening not just his own job, but could potentially wipe out a global multibillion-dollar industry that feeds millions of people.
“For a wee creature, it is impressive.
But what can we do?” he asks.
“Sometimes it seems nature is against us and we are fighting a losing battle.
They are everywhere now, and just a few can kill a fish.
When I started in fish farming 30 years ago, there were barely any.
Now they are causing great problems.” 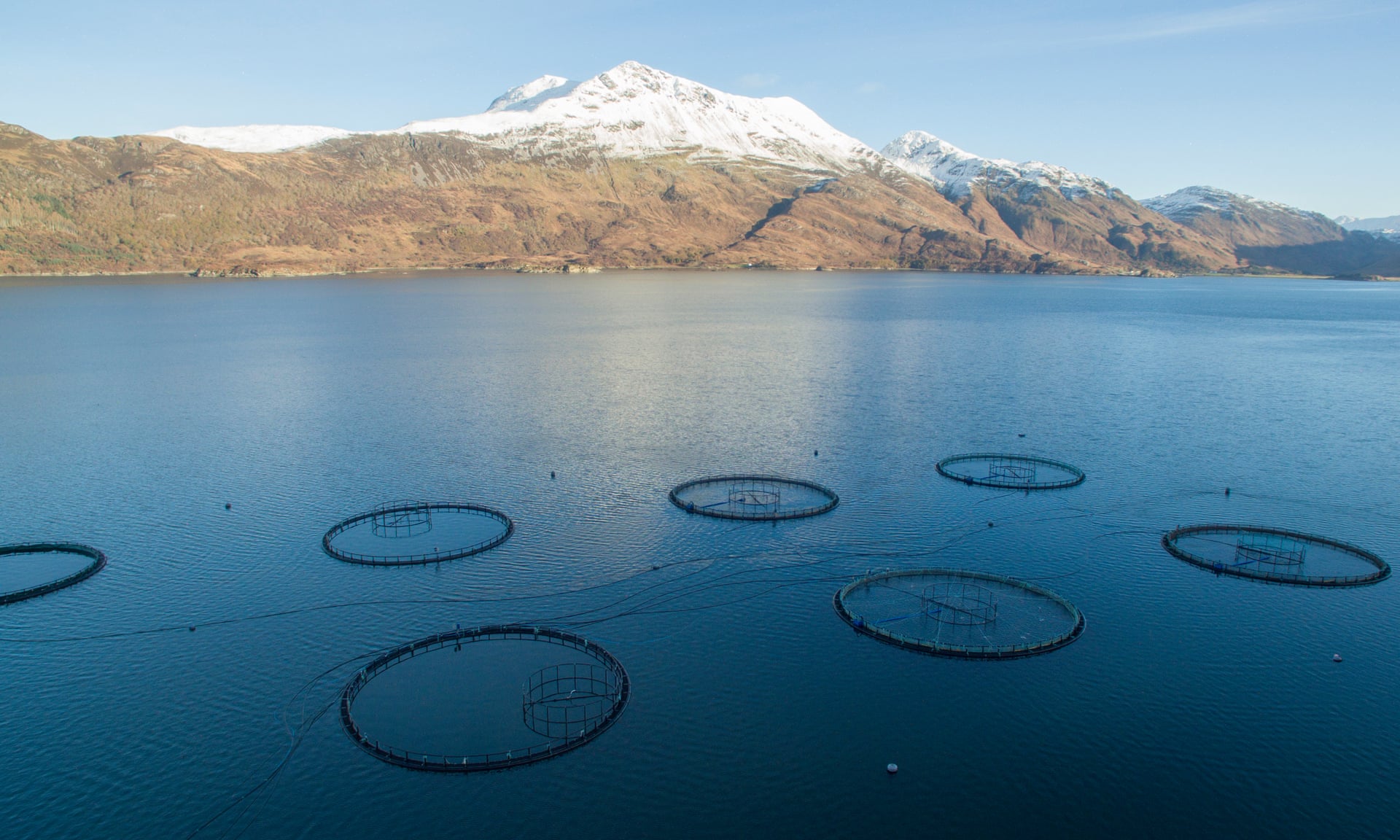 A salmon farm in Scotland run by Marine Harvest,
one of the largest seafood companies in the world.
Photograph: Graeme Robertson for the Guardian

Scotland has some of the worst lice infestations in the world, and last year saw production fall for the first time in years.
But in the past few weeks it has become clear that the lice problem is growing worldwide and is far more resistant than the industry thought.
Norway produced 60,000 tonnes less than expected last year because of lice, and Canada and a dozen other countries were all hit badly.
Together, it is estimated that companies across the world must spend more than £1bn a year on trying to eradicate lice, and the viruses and diseases they bring.

As a result of the lice infestations, the global price of salmon has soared, and world production fallen.
Earlier this year freedom of information [FoI] requests of the Scottish government showed that 45 lochs had been badly polluted by the antibiotics and pesticides used to control lice – and that more and more toxic chemicals were being used.

The salmon-farming industry, which has grown at breakneck speed since the 1970s, knows it has a huge problem, but insists it sees the lice as unwelcome guests that will soon be evicted rather than permanent residents.
Rather than dwell on the lice, industry leaders point to the fact that in just 40 years, aquaculture has gone from providing 5% of the world’s fish to nearly 50%, and in Scotland, from a few hundred tonnes of salmon a year to more than 177,000 tonnes in 2015.
They argue that new methods to control infestations are being developed and the chemicals being used are safe and degrade quickly, adding that they expect to have found a solution within a few years.

“Sea lice are a natural phenomenon,” says Scott Landsburgh, chief executive of the Scottish salmon producers association.
“All livestock on farms, terrestrial or marine, are encountering some kind of parasite or tick, and they’re dealt with. And that’s part of livestock farming. We are no different to terrestrial farms. Problems come and go, depending on biology and the environment. The louse is a hardy parasite. It’s a challenge for Chile and Norway, too. We are spending a lot on all sorts of things.”

The global companies that dominate ownership of the farms, buoyed by high prices and growing worldwide demand, are confident that they will find solutions.
Marine Harvest, the giant Norwegian multinational that grows 40,000 tonnes of salmon in its many Scottish farms, said this week that it needs to develop more effective ways to combat lice.
“As a relatively young industry, we hope that through industry collaboration, research, transparency and sharing of knowledge, we can make the necessary changes to do better, and keep getting better,” says Alf-Helge Aarskog, CEO.
“One company alone cannot solve all sustainability challenges.” 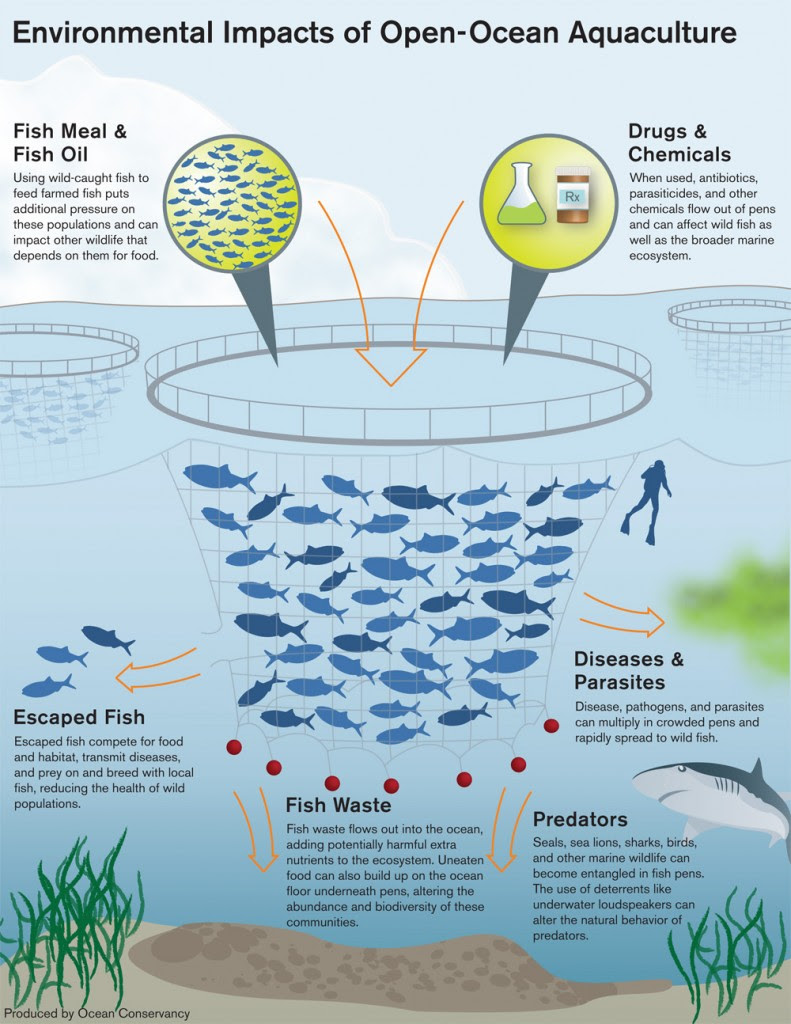 Meanwhile, they urge the public to celebrate the fact that the Atlantic salmon, which used to complete an extraordinary journey across oceans to breed in British rivers, is now taken for granted in our kitchens and, in an act of ecological democratisation, has been transformed from something special enjoyed by the few into the most popular fish eaten in Britain.

If the nemesis of the farmed Atlantic salmon is the sea louse, then Don Staniford, who runs the small Global Alliance Against Industrial Aquaculture, is the industry’s persecutor-in-chief.
The former University of East Anglia scientist turned activist and investigator has spent 20 years tracking the industry, seeing it grow from a shrimp into a shark, which, he says, is now close to destroying itself.

I last heard Staniford talk in London in 2012, when he gave a lecture at the National Geographic Society, calling fish farms “toxic toilets” and warning that diseases were rife, waste was out of control and the use of chemicals was growing fast.
Not only were fish farms getting bigger, he said, they were also becoming reservoirs for infectious diseases and parasites.
It was a shocking, revealing talk.
I did not know that farmed salmon were fed partly on fishmeal and fish oil, often derived from ocean fish such as anchovies, herring and sardines.
Despite industry claims that industrial aquaculture feeds the world’s poor, it seemed that the big farms were adding to the pressure on the depletion of the oceans. 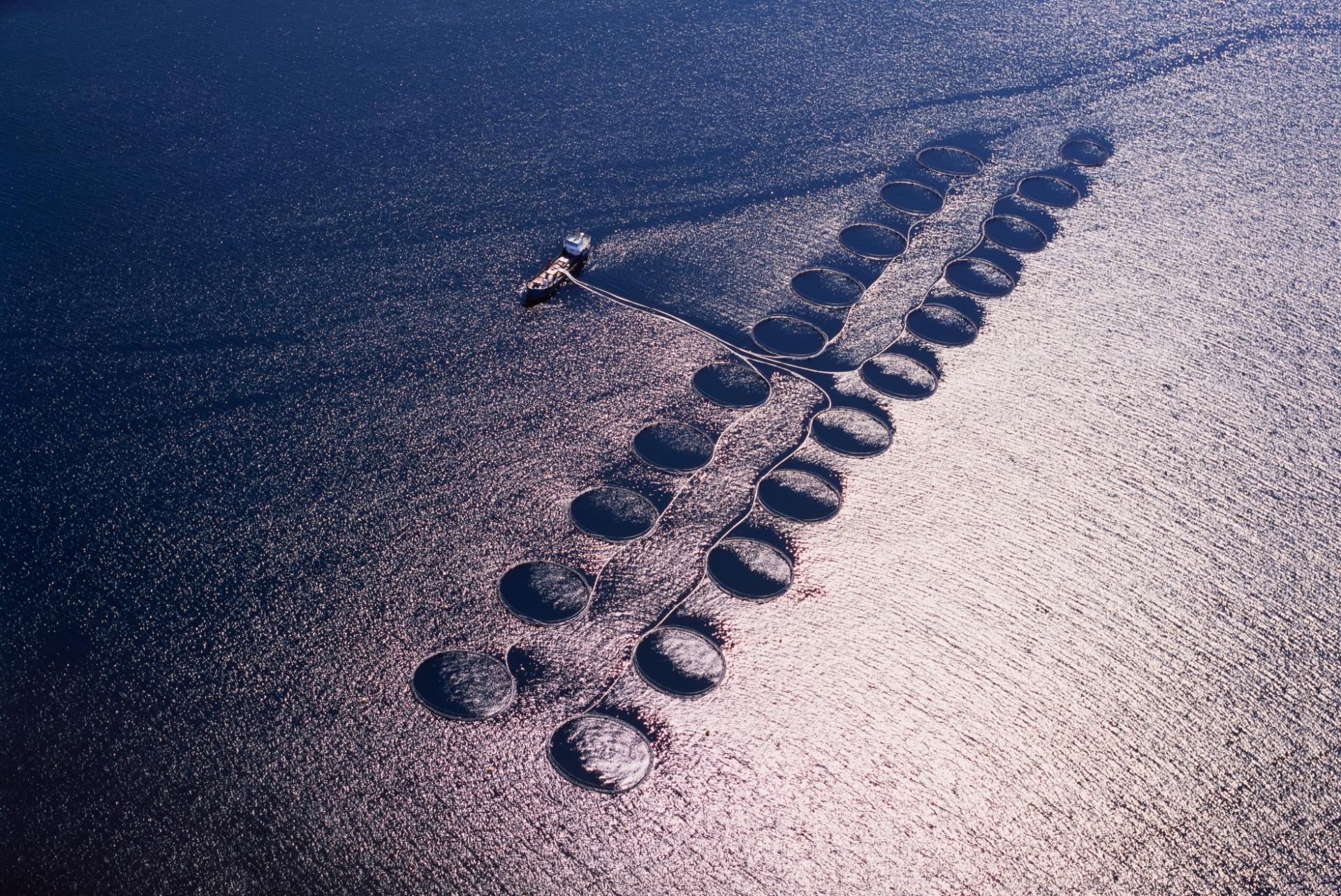 Staniford, a Liverpudlian who has lived in Scotland for many years, argued that cramming carnivorous, migratory fish into crowded tanks and releasing toxins, diseases and parasites into the surrounding waters was inherently unsustainable.
Unless the global salmon farming industry drastically changed course, he said, it would collapse.

This week I asked Staniford what had changed since then.
Little, he replied, except that the farms had got bigger, the industry was spending even more heavily to control the lice, more fish were dying in appalling conditions and the pollution caused by their waste and the use of chemicals was becoming more serious.
He has spent the past five years labelled an “eco-terrorist”, a “troublemaker”, an “exaggerator” and “a prophet of doom”.
He has been sued by the industry for defamation, lost a high-profile Canadian high court battle, been heavily fined, been threatened many times, and been ordered never to repeat statements such as “wild salmon don’t do drugs” and “salmon farming spreads diseases”.

“He is an ace troublemaker. He annoys everyone … but he uses freedom of information requests to get his data and 99 times out of 100 he is right”, says Scottish investigative journalist Rob Edwards.
“I am a trained scientist. I use peer-reviewed science and use the industry’s own figures,” says Staniford.
“What we are seeing now is a chemical arms race in the seas, just like on the land farms, where the resistance of plants to chemicals is growing.
In fish farms, the parasites are increasing resistance to chemicals and antibiotics.
There has been a 10-fold increase in the use of some chemicals in the past 18 months.” The farms are now turning to mechanical ways to delouse the fish, he says.
“They are using hydro-dousers, like huge carwashes, and thermal lousing, which heats them up.”

There is also the spectre of GM salmon, with companies engineering GM plants for their omega-3 to feed the fish, and a US company given permission to develop GM salmon.
“Whichever way you look, the breeding of carnivorous fish is a nightmare.
It is environmentally, socially and economically bankrupt.
It’s coming to a crisis point for the industry.
Some chemicals will be banned soon, and unless something significant happens, the industry will have to invest very heavily.”


Soaring numbers of sea lice have leached away the output of farmed salmon in Scotland and Norway over the past year and helped global salmon prices to surge.

The use of chemicals, especially, worries him.
Last month Staniford unearthed the fact that not only was the use of the toxic drug emamectin rising fast, but also that the industry had persuaded the Scottish environmental protection agency to withdraw a ban planned for next year.
Other papers showed that the levels of chemicals used to kill sea lice have breached environmental safety limits more than 100 times in the last 10 years.
The chemicals have been discharged into the waters by 70 fish farms run by seven companies.

Support is growing for an investigation into the links between the industry and government.
Richard Luxmoore, senior nature conservation adviser to the National Trust for Scotland, told the Daily Record in February: “The environmental standards have been put there for a good reason.
It is highly worrying that they have been breached so many times.
This is yet more evidence that the chemical warfare waged by fish farms against sea lice has essentially been lost, and the application of toxins to kill them is spiralling out of control.”

Meanwhile, FoI documents obtained by Staniford show that the Scottish industry wants to “innovate” by building the world’s biggest salmon farm, which would triple the size of the largest now in operation.
It could farm 2m fish at a time, and create as much waste as a city the size of Glasgow.
“It would be an ecological disaster,” says Staniford.

The answer to the inevitable lice problems, say environmentalists, is to move the farms further offshore into deeper, colder waters, where lice are less able to survive, or to even put them on land, where they could be better controlled.
But this would add greatly to industry costs and require investments of billions of pounds.
In the meantime, the companies are using mechanical ways to trim the lice from the fish.
These range from pumping the fish through water hot enough to make the lice let go of their hosts, to churning them as if in a washing machine.
Both are condemned by animal welfare group Compassion in World Farming, and are known to be expensive and not always effective.
Last year the heating of the water on a Skye fish farm led to the accidental slaughter of 95,000 fish.
Another 20,000 died in another incident.
“Many farmed fish are fed largely on wild fish.
To produce farmed fish such as salmon, it takes about three times the weight of wild-caught fish.
This is not only unsustainable, but adds to the serious welfare concerns about how wild fish are caught and slaughtered,” said a spokesman.

The smart money is now on breeding wrasse, a small fish that eats lice.
It is being widely piloted and is highly promising, says Landsburgh.
“We have about 100,000 fish and the wrasse have cut our losses enormously.
We haven’t had to use chemicals since August 2014.
Most fish farms are overcrowded, but we are not.
We find lice very occasionally but 99% of the time we are completely clean,” said Pete Robinson, a worker at the Wester Ross salmon company in Ullapool.
But even using wrasse is not a complete answer.
New scientific studies showed this week that fish farms may be depleting wild wrasse numbers too, and to breed enough for all Scottish farms could take four or more years, says Landsburgh.
“But we have to keep at it. The louse is a hardy parasite. We are doing our damnedest to eradicate it,” he said.
“There’s no right way to do the wrong thing,” says Staniford.
“The simple solution is to just stop.”