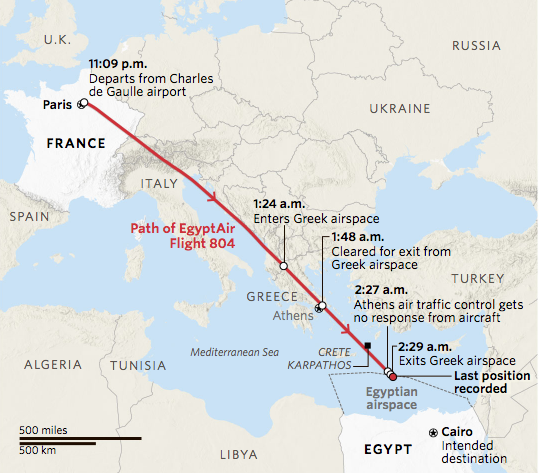 Timeline of the crash

Investigators searching for wreckage from EgyptAir Flight MS804 may face similar problems to those seeking the missing Malaysia Airlines jet — including tough terrain on the ocean floor and deep, heavy seas, experts said Friday.
Floating debris and personal belongings have been found in the Mediterranean Sea, Egypt's military said, but the hunt continues for the rest of the doomed plane including "black boxes" that could yield vital clues.
Key parts of the Airbus A320 have likely sunk to the seabed and could be hidden by ridges and underwater volcanoes as high as the Alps, according to Simon Boxall from Britain's National Oceanography Centre in Southampton, England.
"This is still a very inaccessible part of the planet," Boxall told NBC News, adding: "Oceans are very good at keeping their secrets." 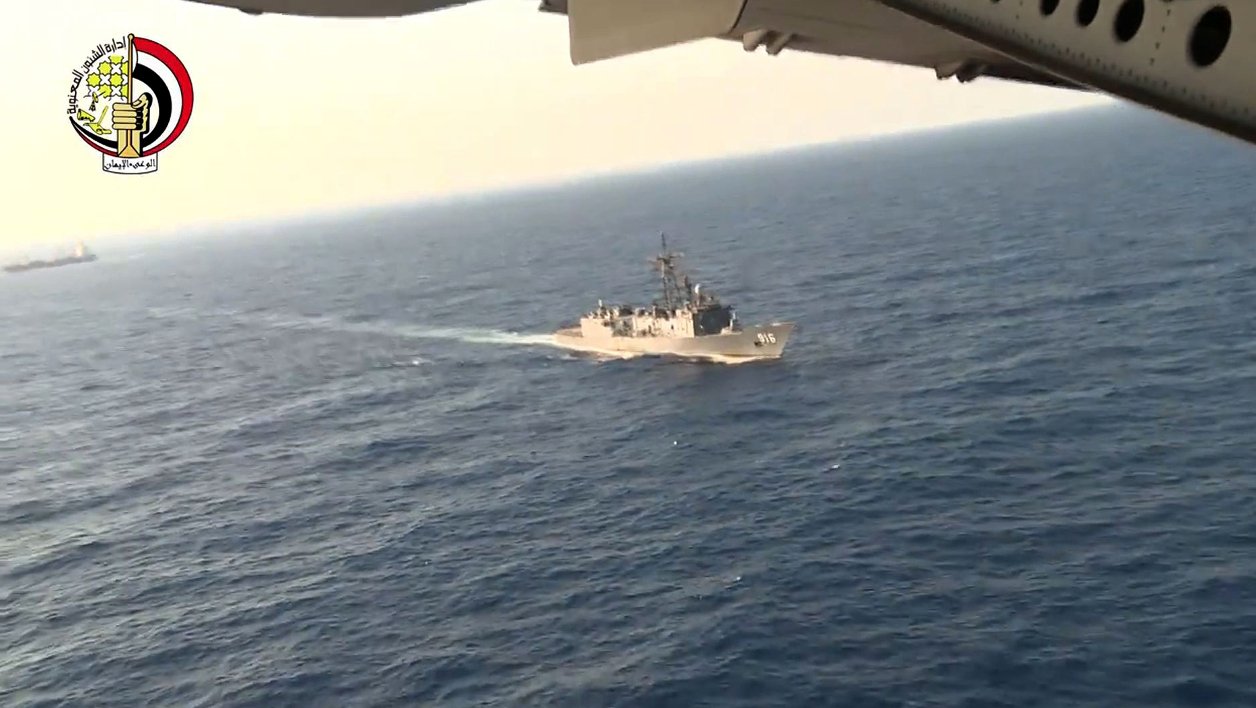 While the Mediterranean is usually associated with sunshine and balmy waters, the sea where the jet is thought to have crashed — about 180 miles north of Alexandria, Egypt — is deep and often choppy.
"The depth in that area is in the region of 1.8 miles, which is significant and not much shallower than the area in the Indian Ocean where they are looking for [missing Malaysia Airlines flight] MH370," Boxall said. "We are not talking shallow waters … this is well below what divers could reach."
Flight MS804, which was traveling from Paris to Cairo, disappeared from radar screens early Thursday with 66 people on board. Officials say it descended rapidly from cruising height, making a sharp left turn followed by a 360-degree turn to the right. 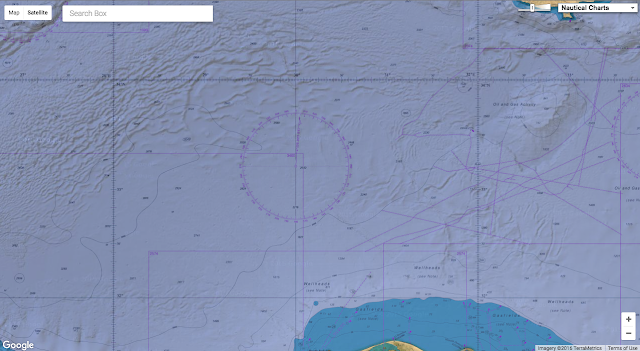 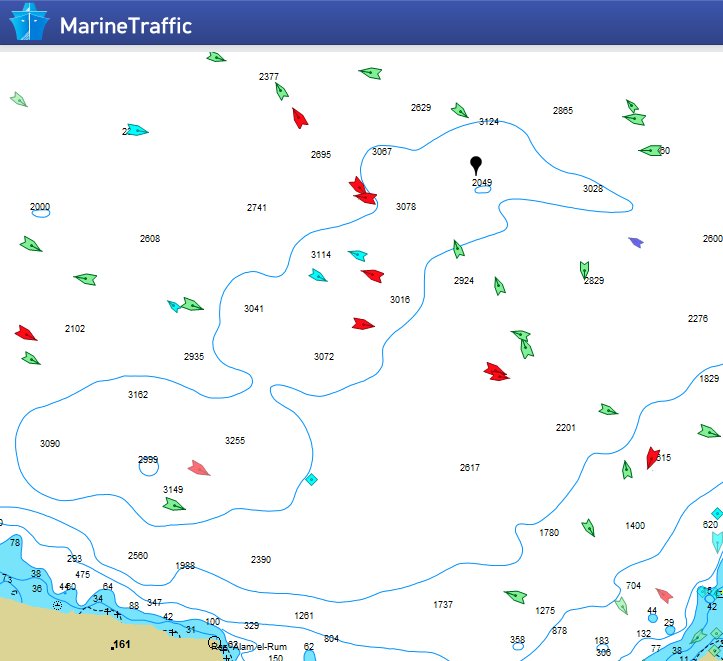 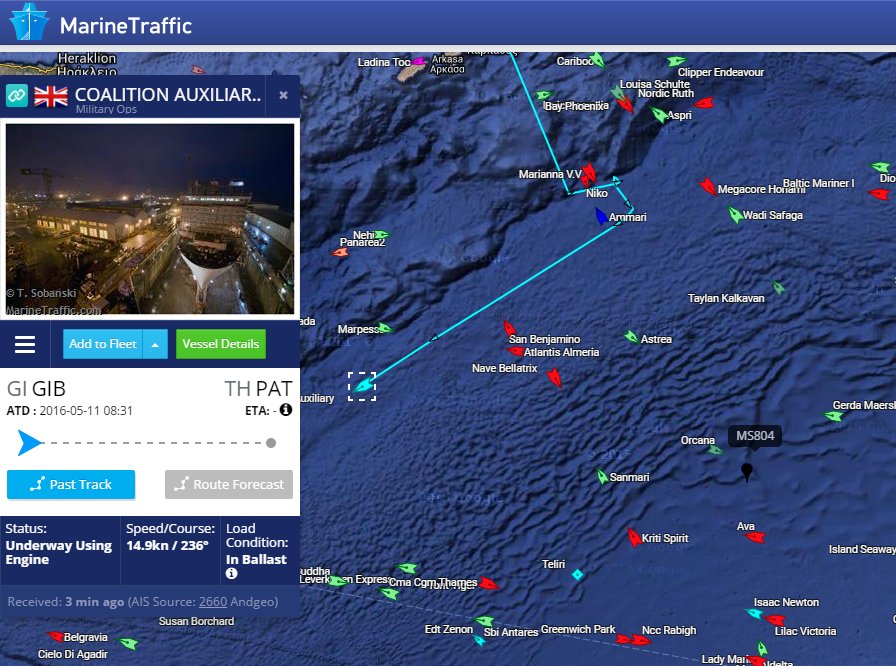 EgyptAir MS804 wreckage may be on one of the deepest parts of the Mediterranean.
(courtesy of MarineTraffic / video)

"Any substantial parts will likely by now be on the seabed which in this area is quite rocky with mountains and lots of ridges," Boxall said.
"It is not a simple area in which to search and recover things from the seabed. The assumption is that the Med is sunny and calm but I've worked in that area and when it gets rough, it gets very rough."
The faster debris can be recovered from the water, the more experts will be able to discover about what happened to the plane, former NTSB air accident investigator Greg Feith told NBC's TODAY.
"As long as it doesn't get washed ... as long as the exposed parts aren't continually being washed either by wave or tidal action or any kind of grit or sand on the bottom, there should be [explosive] residue ... that forensic folks can actually determine whether or not there was an explosion or ... some sort of deformation due to overload or some sort of breakup of the aircraft."

International bathymetric chart of the Mediterranean (IBCM) :
thickness of the Plio-quatenary sediments (IBCM-PQ)

The difficulty of the task will also be determined by the speed and angle at which the jet entered the water.
"If the aircraft hit the sea directly then it will have broken up under the sheer force of impact, but if it was a low angle of approach there could be large sections relatively intact," U.K.-based consultant marine archaeologist Tim Akers said.
"Natural buoyancy could keep some of those parts afloat for a good few days."

Sentinel-1A detects slick
The Sentinel-1A radar satellite detected a slick in the eastern Mediterranean Sea – in the same area that EgyptAir flight MS804 disappeared early morning of 19 May 2016 on its way from Paris to Cairo. Sentinel-1A acquired this image later in the day at 16:00 GMT (18:00 CEST) in ‘extra-wide swath mode’ of 400 km with horizontal polarisation.
ESA provided it to the relevant authorities to support the search operations.
The 2 km-long slick is located at 33°32' N / 29°13' E – about 40 km southeast of the last known location of the aircraft. Although there is no guarantee that the slick is from the missing airplane, this information could be helpful for the search.
(courtesy of ESA / closer view)

Despite the difficulties, the search for MS804 has several advantages compared to the fruitless two-year hunt for MH370.
Authorities quickly had clear picture of where there plane was last seen, compared to the case of MH370 in which it took days to piece together clues from satellite data.
"The search is much more limited — a small fraction of the area being covered in the Indian Ocean," Boxall said.
"Not only that, but it is in a busy shipping area and is within the flying range of helicopters. The MH370 search area was three days away from the nearest ship and search planes had to turn back for fuel after only a couple of hours."
The Mediterranean Sea is also heavily mapped — in contrast to the uncharted southern Indian Ocean where MH370 searchers had to spend weeks building up a profile of underwater mountains and other potential hazards before sonar searching could begin. 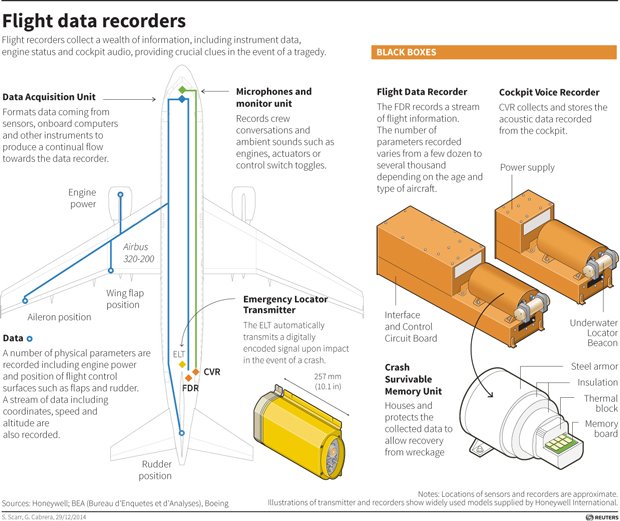 The speedier search also increases the chances that experts can identify the battery-powered "ping" signal from the aircraft's bright orange cockpit voice recorder and flight data recorder.
"The black boxes will still be 'pinging' if they haven't been damaged and it should still be a clear signal," Boxall said.
"It would seem to be a case of 'when' the wreckage is found, rather than 'if.'"