This month, a grim study in the journal Science reported what we've feared for decades: That the ocean may "be sitting on a precipice of a major extinction event," in the words of one author.
There's a colossal amount of work to be done if we want to turn it around—including reclaiming habitats, which is the goal of this ambitious proposal by three young architects.
Of course, one of the best ways we can do this is by reducing carbon emissions and ocean acidification, a horrifying phenomenon in which CO2 is actually changing the chemistry of our oceans to make them toxic to sea life.
But there are plenty of smaller measures that can help, like the reclamation of habitats for ecosystems that once thrived naturally.
Artificial reefs have been around for centuries, of course, but in this case we're talking about a kind of reef that's built not as a defensive measure for cities or ports, but as a proactive way to help life flourish anew in areas that were once natural habitats.

These reefs can take a huge range of forms, which is what makes them so cool.
Sea life, like all life, really, is incredibly adaptable and resilient.

Disposing of old subway cars in the ocean creates habitats for marine life and supports recreational fishing.
New York City Transit has provided more than 2,500 retired subway cars to several states along the east coast of the U.S.A. Before the cars are 'buried' at sea, they are stripped of potential environmental contaminants and then steam-cleaned.

Most artificial reefs take the form of sunken industrial remains or old ships, but there are also fascinating aberrations, like Florida's Neptune Reef—which is both a mausoleum for cremated remains and a thriving eco-habitat, as our sister site io9 reported last year—or the artificial reefs created by dumping decommissioned subway cars into the ocean.

And then there's this proposal, from a trio of French and Romanian architects named Quentin Perchet, Thomas Yvon and Zarko Uzlac, who won one of the Jacques Rougerie Foundation's International Architecture Competition laureate awards this week.
Ignore the name—BIODIVER[CITY]—and focus on the renderings, which show a huge floating platform that's accessed via boat on the surface.
Below it, hundreds of tubular struts hand down into the ocean, serving as a place to cling for the coral and other microorganisms that thrive on reefs. 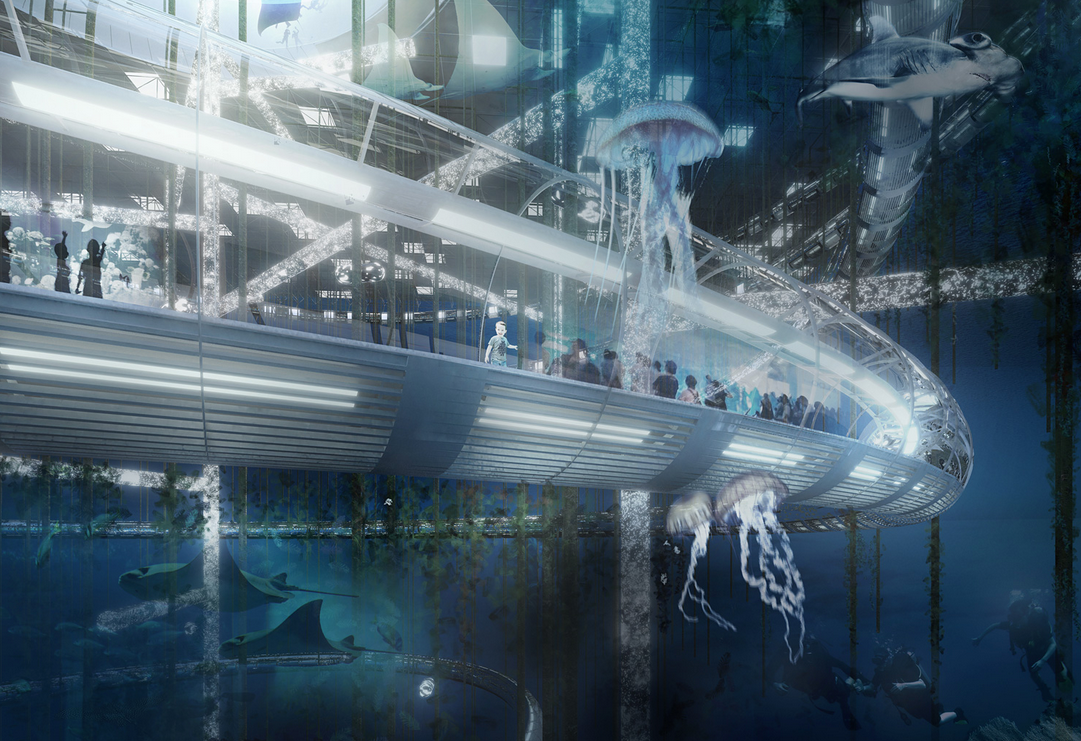 According to the architects, the idea is to allow visitors to this natural "zoo" to descend deeper into the reef to observe how the ecosystem changes as you move further away from the surface.
At the top, you might see larger mammals like dolphins and small fish, but as you descend into the circular tunnels that hang from the floating mega-structure, you'll see less common species, which the architects describe as "creatures of another time."

Of course, this is just a concept.
It's easy to imagine that such a structure could have a negative environmental impact—hey, is that a cruise ship in one rendering?!—but it's still an interesting (and beautiful) take on an idea that needs as much public support as it can get. 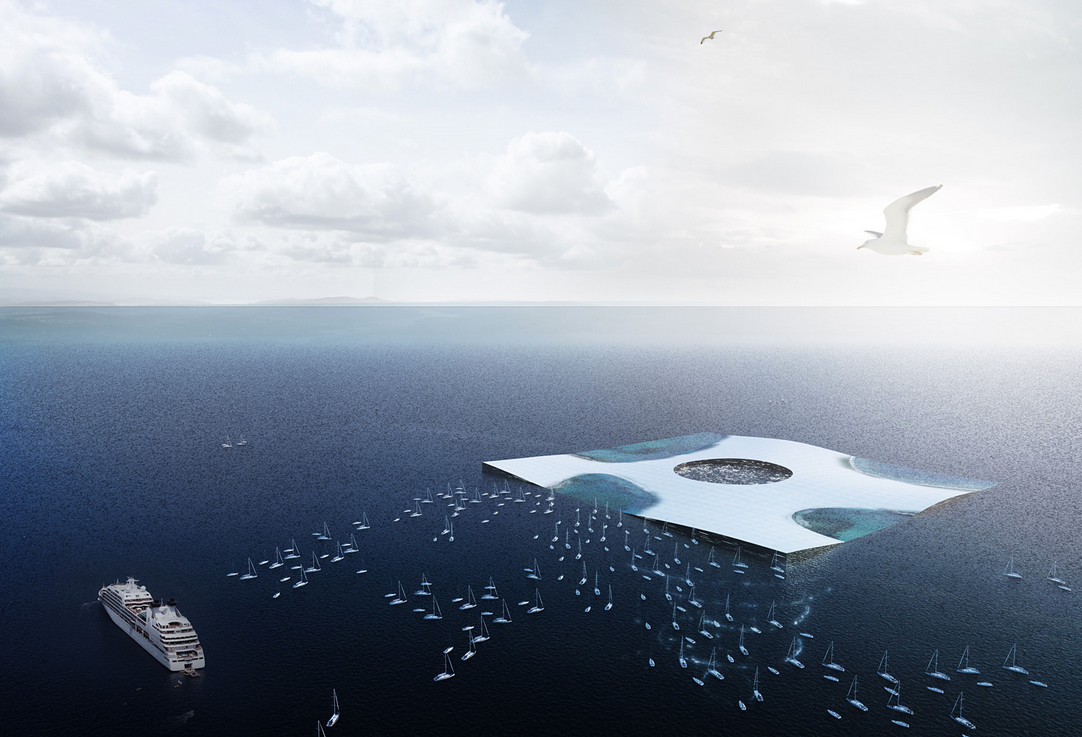 Another more realistic new development in this fight comes from a group of marine biologists who argue that the mega-structures that can promote habitat reclamation already exist in the ocean—in the form of our aging oil rigs.
In some cases, they argue, rich ecosystems already exist beneath the surface of these hulking steel machines, and they ought to be left standing in place to benefit the sea life that's already sprung up around them.