Fishing for a future (Euronews)
Will Europe manage to save its fish stocks?
And what will happen to the fishermen?
Do Irish fishermen have a future?

From Worldcrunch by Eric Albert

The battle is not totally over, and total victory remains uncertain.
But the fishermen from Arranmore have managed to make Brussels sway.
This handful of diehard Irish fishermen is slowly managing to lift Europe’s fishing ban, which has been stifling the economy of this remote island for the past seven years.
Arranmore is located off the coast of northwestern Ireland.
The wind here is merciless, and a good many boats have been crushed on the reefs surrounding it. Fishing has traditionally been the main source of work here, and it is the heart of life on this 22-square-kilometer island.
Things changed dramatically when in 2006, following a directive from the Brussels-based European Commission, Dublin decided to ban salmon fishing in a bid to stop the decline of fish stocks.
Another bill two years later outlawed all net fishing around the country, in a zone nicknamed “VIa.” The ban affected numerous species, including cod and whiting, allowing only the fishing of crabs and lobsters.

The sea as a unique resource

The Irish government was offering fishermen all over the country financial compensation. Most of them accepted, but not on Arranmore.
Along with its neighbors of the islands of Tory and Inisbofin, Arranmore rebelled against the authorities, refusing to sign a declaration stating they would stop fishing salmon forever.
The proposed government deal was unacceptable for the strapping Neily Kavenagh.
Despite his short and snappy sentences, the 48-year-old fisherman struggles to find words that are strong enough to condemn this attempt to “buy [him] off.”
“They offered me 40,000 euros ($54,000). It’s a lot of money. But my dad got this salmon fishing license in the 1950s. I wanted to pass it on to my own child,” he says.
The fishermen came together in 2007.
Hugh Rodgers, one of the group’s leaders, remembers it as if it were yesterday.
“We managed to convince everybody save one not to accept the compensation,” he recalls.
“For us, it was self-evident. We have no factories, and tourists come only in summer. The sea is our own resource. It should be for the locals, and we should have the right to reap our own harvest.” 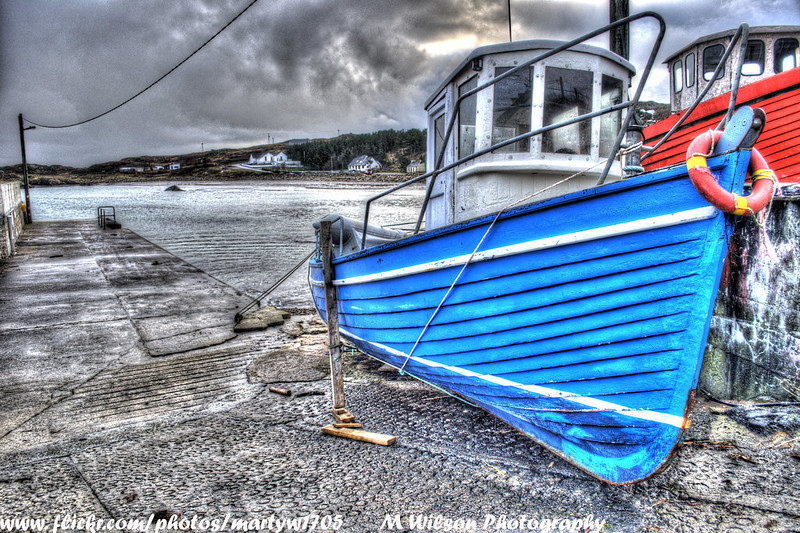 Arranmore fishing boat
In 7 years, the number of operating boats dropped 40% on Arranmore

An “attack” on Arranmore’s life

The Arranmore fishermen use traditional methods and say they have nothing to do with the drop in fish populations.
Because their boats are scarcely over 15 meters long (50 feet), they hardly venture into the open sea.
On the other hand, they saw an armada of factory boats — mainly from Spain, Holland and France — coming just a few kilometers from their coast after they had bought Irish fishing rights.
“These guys can keep working the way they do far from the coast, even today,” Kavenagh says angrily.
“As for us, we have nothing left.”
For him, the fishing ban is an “attack” on the very life of Arranmore.
The island inhabitants have asked for a protection similar to that of an oppressed minority. 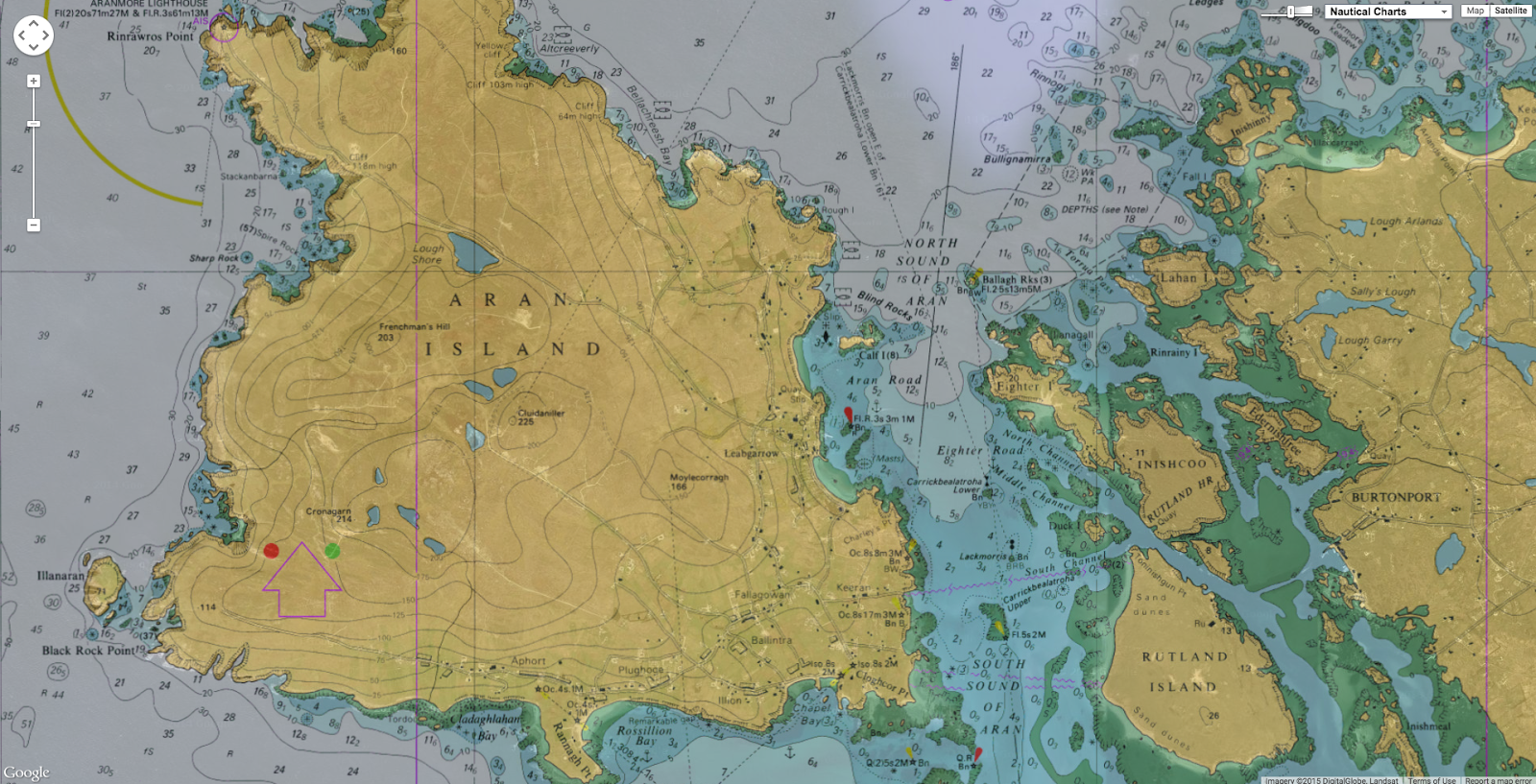 On the small island, the ban’s impact was rapidly felt.
In seven years, as the few rusty wrecks in the harbor show, the number of operating boats dropped 40%.
The population fell from 768 to 487.
A hotel, a pub and three shops have closed.
One of the two primary schools only has 12 pupils left and its days are probably numbered.
“If it goes on like this, there will be nothing on Arranmore in 10 years,” says a worried Loïc Jourdain. The French director has been filming the island’s revolt from the beginning and is working on a documentary expected to be released in 2014.
Having followed the fishermen for so long, he remembers their face-to-face meetings with politicians and lobbyists.
“A lot of them went to Brussels and Dublin to pressure the authorities. Even the priest, a very influential man, went along with them.”
Little by little, they were joined in their fight by other European islands, and the balance started to shift in their favor.

“I will violate the law before I give up on fishing”

In the last few months, the fishermen have won their first victories.
In May, the European reform of the common fisheries policy recognized the importance of protecting local communities as well as the fish.
The new directive supports small-scale fishing less than 12 nautical miles from the coast.
The Irish government has also agreed to loosen bans on the “VIa” zone.
By November, new licenses are to be given to boats under 15 meters long (50 feet).
But no changes are afoot for salmon fishing, even though it is the most economically constraining ban.
Though Deputy Prime Minister Eamon Gilmore had indicated support for the fishermen when he was in the opposition, since he entered the government in 2011 he has been silent on this issue.
On Arranmore, the fishermen keep saying they won’t give up.
They have vowed to keep the pressure up, as they believe it’s their only chance for the island and its residents to survive.
In a cold and determined voice, Neily Kavenagh warns, “I will violate the law before I give up on fishing.”