Drones are being tested to help carry our important scientific missions, including surveys of wildlife and marine debris in the National Marine Sanctuary off the coast of the Olympic Peninsula in July 2013 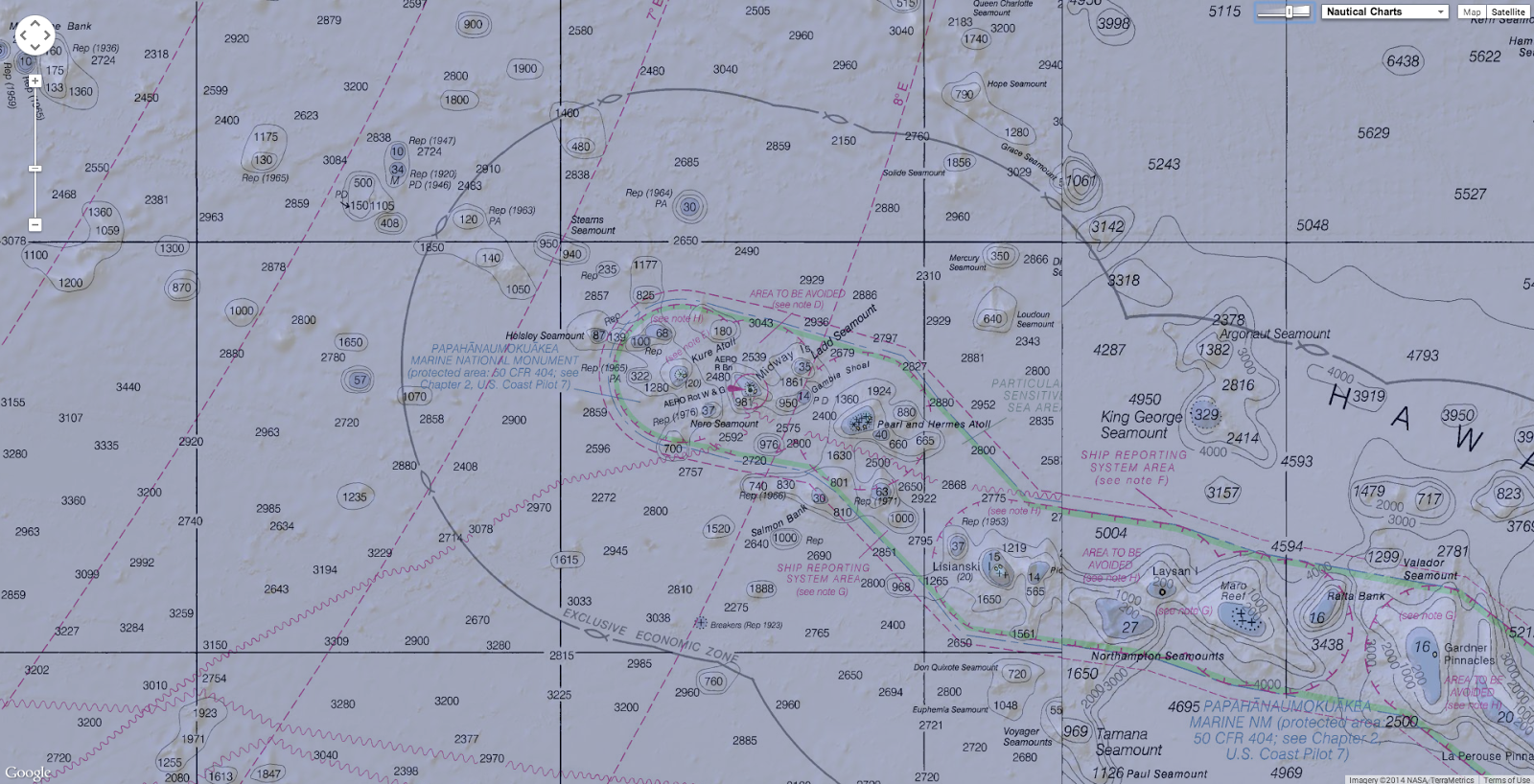 Papahānaumokuākea with the Marine GeoGarage

“This summer’s research is an ideal way to look at the potential of unmanned aircraft to revolutionize marine science and management,” said Robbie Hood, director of NOAA Research’s Unmanned Aircraft Systems Program.

“Unmanned aircraft extend our ability to study marine resources in remote places that are costly, difficult, and dangerous to reach with traditional ships and planes. They also allow us to see but not disturb species as we study them.”

NOAA scientists launched small unmanned aircraft called Pumas from the deck of NOAA Ship Hi‘ialakai in June to video and photograph green sea turtles, Hawaiian monk seals and seabirds.
The Puma, with its nine-foot wing-span, flew below 500 feet to take high quality video, infrared and still photographs.
The Puma also took images of marine debris at sea and surveyed coastal shoreline and bird nesting habitat.
“This is a great example of how investing in our ability to deploy state of the art technology to conduct observations in remote locations can provide critical data to help NOAA in our conservation and resilience missions,” said Todd Jacobs, a scientist working with NOAA’s Unmanned Aircraft Systems Program who is leading the Hawaii mission.
“The operation validated our hopes that we can use the aircraft in the monument for a variety of missions without harming the environment to get data that we wouldn’t otherwise get. We were able to survey in remote coves for monk seals and turtles in conditions that we may not have been able to safely land people ashore.”

“The monk seal mission was wildly successful,” said Charles Littnan, NOAA Pacific Islands Fisheries Science Center lead scientist for Hawaiian monk seal research.
“We were able to identify animals on the beach and in the water, identify mother-pup pairs, and get a sense of the age class of the animal – all things that are important for population monitoring. The data collected by the Puma will nicely supplement our current hands-on approach to the recovery of the species.”

The second part of the mission, beginning in mid-July, involves flights by NASA’s Ikhana from the Pacific Missile Range Facility in Kaua‘i.
NOAA is using the Ikhana to better understand vessel activity in sensitive areas of the monument, as well as assess its ability to survey marine species and locate marine debris over a larger area of the 139,797 square mile monument than Pumas could reach.
The Ikhana is a medium altitude, long-endurance aircraft with 66-foot wingspan that will be flown at about 24,000 feet while surveying for vessels.
It will drop down to lower altitudes when taking images of wildlife.
It’s equipped with radar that can scan over 100 miles, infrared and video cameras.

A view of the launch boat from the Puma. (NOAA)

This image was taken by the Puma of Trig Island.
Numerous sea turtles and some monk seals can be seen on the island. (NOAA)

Other mission goals include:
Scientists from NOAA Research, NOAA Fisheries, NOAA’s Office of Marine and Aviation Operations, NOAA’s Marine Debris Program, Papahānaumokuākea, and NASA are working together on this summer’s mission.