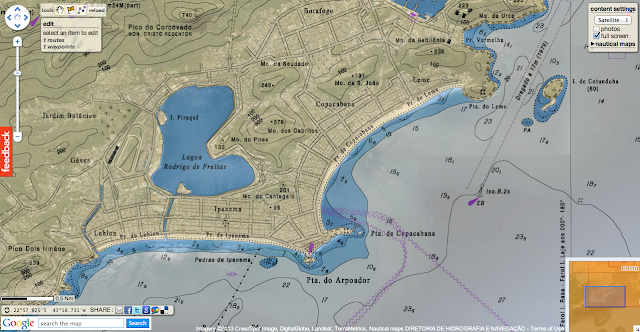 RIO DE JANEIRO
No wonder the beautiful city of Rio De Janeiro was chosen to host the 2014 FIFA World Cup and the 2016 Summer Olympics.
Rio de Janeiro, or simply Rio, is the capital city of the State of Rio de Janeiro, the second largest city of Brazil, and the third largest metropolitan area and agglomeration in South America, boasting approximately 6.3 million people within the city proper.
Part of the city has been designated as a World Heritage Site, named "Rio de Janeiro: Carioca Landscapes between the Mountain and the Sea", identified by UNESCO in the category Cultural Landscape.
Rio de Janeiro is one of the most visited cities in the southern hemisphere and is known for its natural settings, carnival celebrations, samba, Bossa Nova, balneario beaches such as Barra da Tijuca, Copacabana, Ipanema, and Leblon.
Some of the most famous landmarks in addition to the beaches include the giant statue of Christ the Redeemer ("Cristo Redentor") atop Corcovado mountain, named one of the New Seven Wonders of the World; Sugarloaf mountain (Pão de Açúcar) with its cable car.
Posted by Peio at 1:44 AM