The Antarctic Ocean Alliance has just launched calling for the world's largest marine reserve around Antarctica to protect this unique ecosystem for all time.
From TheTelegraph

A global coalition of scientists has called for the waters of the Antarctic to be turned into the world's biggest marine protection zone.

The Antarctic Ocean Alliance, made up of a number of conservation groups including Greenpeace, wants 19 parts of the southern seas to be declared "no take zones", where industrial fishing is banned.

The move would protect 10,000 species, including emperor penguins, minke and killer whales, seals, krill and colossal squid, in regions ranging from the Ross Sea and the Antarctic Peninsula to the Weddell Sea. 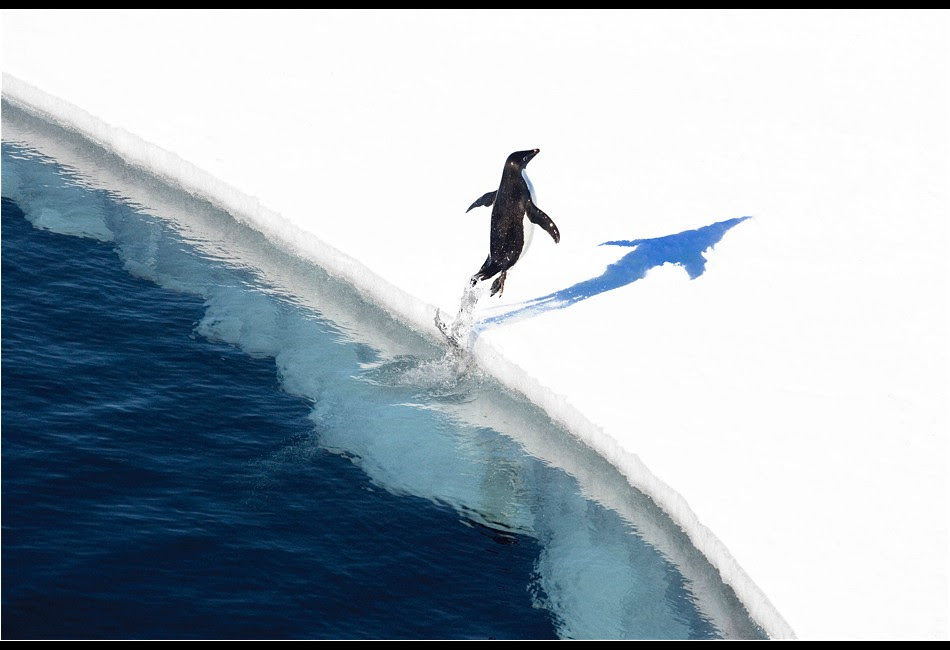 Adelie penguin as it lands on the Antarctic ice (photo John Weller, The Last Ocean)
Currently, the Antarctic land mass is protected under law, but the waters that surround it, which are teeming with rare marine life, are not.
The AOA has warned that as fishing stocks around the world were becoming increasingly depleted, fishing boats were heading south.
"The problem at the moment is that as fisheries resources around the world come under more and more pressure, there are going to be more distant water-fishing nations who want to go to the oceans around Antarctica to extract protein," AOA director Steve Campbell said.
"And they are going to do it either legally or illegally."
Mr Campbell said the alliance was calling for the creation of a reserve network "on a scale that hasn't been done anywhere else on the planet before because of the enormous value of the Antarctic wilderness to science and to humanity".

The 25-nation Convention on the Conservation of Antarctic Marine Living Resources is set to decide on a network of marine reserves by 2012.
Antarctica is seen as a critical resource for studying climate change, with its ice cores providing valuable data on greenhouse gas levels and temperatures.