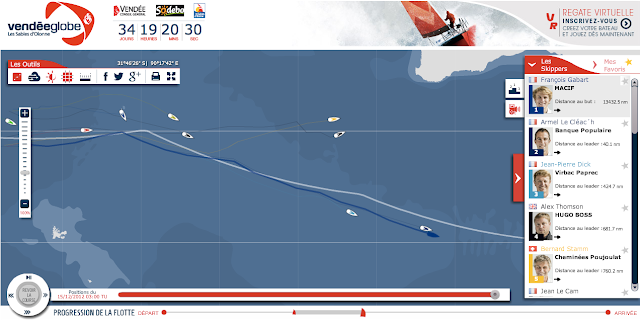 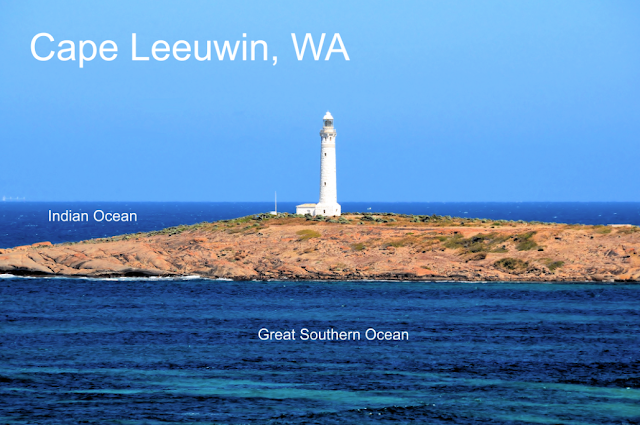 Cape Leeuwin is the most south-westerly mainland point of the Australian Continent, in the state of Western Australia.

In Australia, the Cape is considered the point where the Indian Ocean meets the Southern Ocean.

Map of Australia (1863), showing the Southern Ocean lying immediately to the south of Australia.
cropped from Australasia map (National Library of Australia) Image showing detail of the National Library of Australia's copy of Hessel Gerritsz' 1627 map of the west coast of Australia
entitled "Caert van't Landt van d'Eendracht".
This detail shows a section of coastline discovered by the Leeuwin in 1622,
and subsequently referred to by the Dutch as 't Landt van de Leeuwin ("The Land of the Leeuwin")

The Royal Australian Navy's Leeuwin class survey vessel HMAS Leeuwin is named after the cape, which is named after the ship the Leeuwin, a Dutch galleon that charted some of the nearby coastline in 1622.
The south-west corner of Australia was subsequently referred to by the Dutch as 't Landt van de Leeuwin ("The Land of the Leeuwin") for a time, subsequently shortened to "Leeuwin's Land" by the English.
This name Leeuwin still survives in the name of Cape Leeuwin, the most south-westerly point of the Australian mainland, so named by Matthew Flinders a distinguished navigator and cartographer, who was the first to circumnavigate Australia and identify it as a continent in December 1801.

Where the Indian and Southern Oceans meet, stands Cape Leeuwin Lighthouse as a solitary sentinel.
First lit in 1896 with a range of 26 nautical miles and flashing every 7.5 seconds for .02 of a second.