He came up with the idea for his range of personal marines after a close encounter with a large shark.
But now concept designer Chris Garner is also preparing for coming face-to-face with predators on land - with his first attempt at an amphibious craft.
But he claims that is not the remarkable aspect of his new Explorer MSV.
Mr Garner claims to have found a solution to the age-old puzzle of perpetual motion and is now poised to go public with his scientific breakthrough. 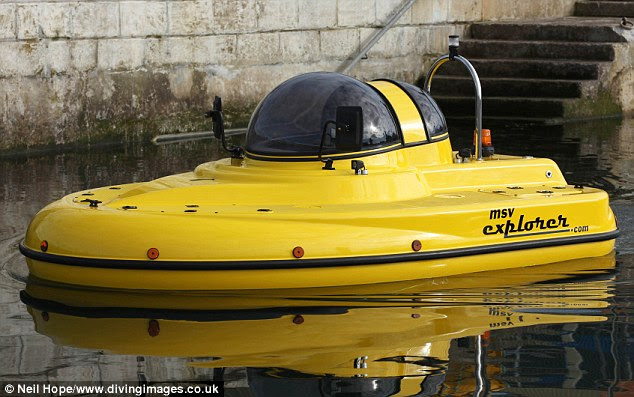 Amphibian ambition: The vessel works both in the water and on land - using a mechanism to keep it in perpetual motion 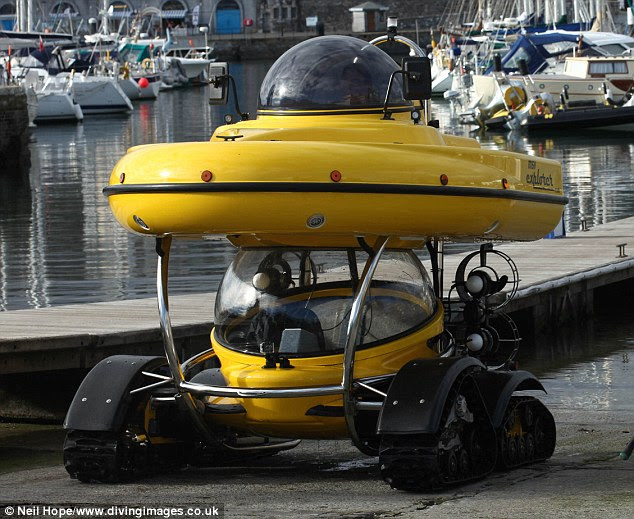 Dive and drive: Chris Garner shows off his prototype which will be powered by his new 'Gyro Generator'

He believes his new 'Gyro Generator' technology will revolutionise the way in which we travel and enable electric vehicles to run indefinitely with no requirement to stop and recharge at regular intervals.
His company's website describes the current submarine version 'as an electrically powered, dual joystick controlled, dry cockpit surface water craft, meticulously designed and engineered to place two observers within an acrylic cockpit below the surface of the ocean at a constant 1.2m, with a topside principal pilot seat.'

The Discovery Channel Canada recently aired a documentary featuring a tracked, amphibious prototype of the Explorer and is keeping a close eye on recent developments.
They are also hoping to return and showcase Garner's latest model using what the inventor prefers to describe as 'self-sustaining energy'.
The technology itself will be put to the test in the next two weeks by academics from the University of Plymouth.
Then we can decide if his theories hold water. 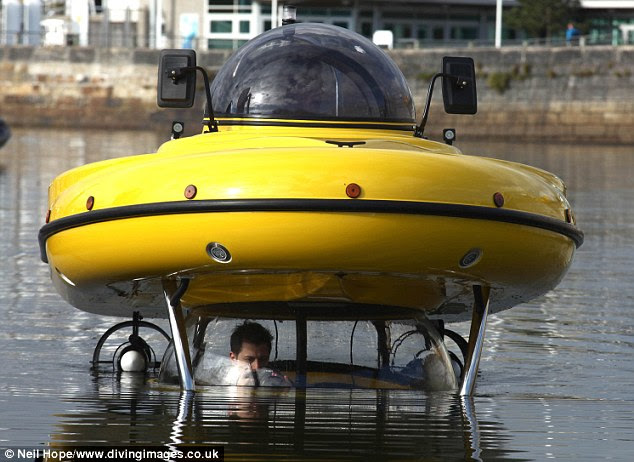 Emerging technology: Chris Garner hopes to revolutionise the way vehicles are powered
Posted by Peio at 1:09 AM