Spain has long referred to the Bay of Gibraltar as the Bahía de Algeciras, much to Gibraltar’s annoyance.

But now, in a move that will spark a furious response here in Gibraltar, Madrid appears to have won influential international support for the Spanish version of the name. 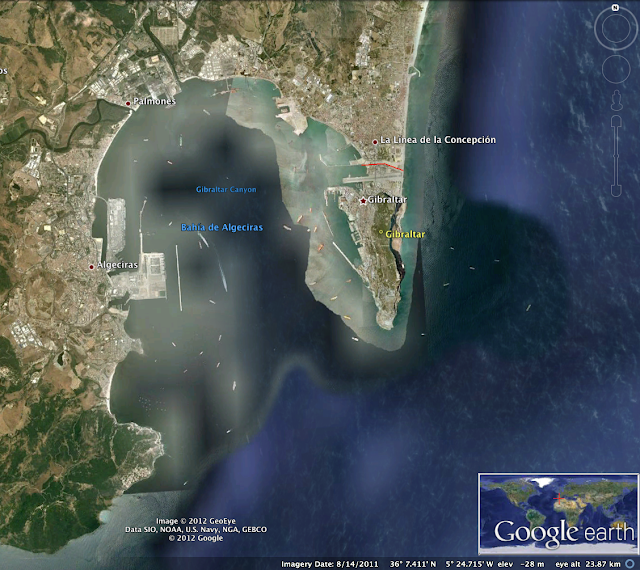 Google Earth view
Note : not any label on Google Maps

In a similar development, the latest version of the Encyclopaedia Britannica also refers to the bay as the Bay of Algeciras, even though historical editions named it as Gibraltar Bay.

It is not clear why all three outlets have chosen to opt for the Spanish name, but the decision comes at a time when Spain is pushing hard to exert influence and jurisdiction in Gibraltar waters.

The Spanish Government has long referred to the bay as Bahía de Algeciras, in part because of its assertion that the waters around the Rock are Spanish and not British.

But admiralty charts and nautical maps used worldwide refer to the bay by its English name. 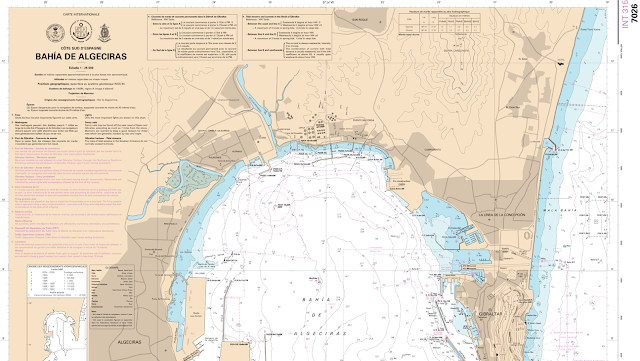 so the job for the online mapping service leaders is not simple...
Posted by Peio at 1:24 PM