The 35-day voyage, led by the Museums Victoria Research Institute, has also enabled the team on board to capture the first high-resolution bathymetry of the new marine park, revealing in incredible detail the ancient underwater mountain that lies beneath these idyllic tropical islands.

Localization with the GeoGarage platform (AHS nautical raster chart)
Nelson Kuna, one of two hydrographic surveyors on board from CSIRO, said that very little high-resolution mapping had been done in the Marine Park prior to this voyage.
“We’ve used the full ocean depth mapping capabilities of RV Investigator to completely survey around the Cocos (Keeling) Islands, from coastal depths less than 100 metres all the way down to the abyss some 4,800 metres below,” said Nelson.
“The data set now covers a substantial area of the new marine park and shows the Cocos (Keeling) Islands as the twin peaks of a massive seamount that rises nearly 5,000 metres from the surrounding seafloor,” he said.
“We also revealed, among the many fascinating features, a smaller peak on the ridge between the north and south islands, rising to approximately 350 metres below sea level.”
“It’s truly an honour to see, for the first time, this stunning marine geomorphology revealed from the deep.” 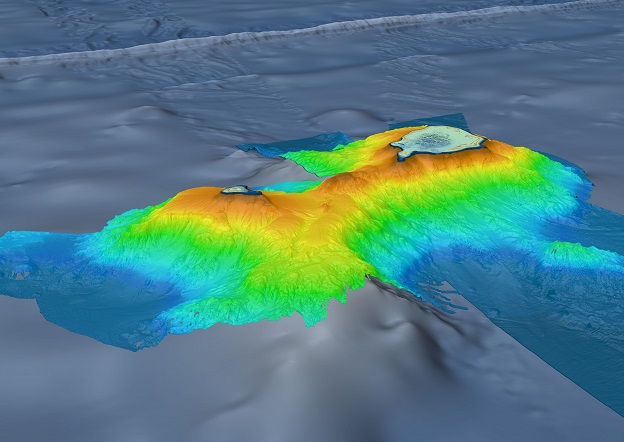 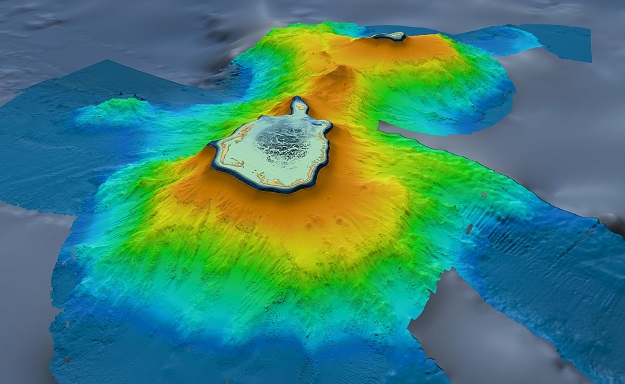