Meteo brief: A tough upwind obstacle course awaits the 38 IMOCA skippers in the opening stages of the Route du Rhum 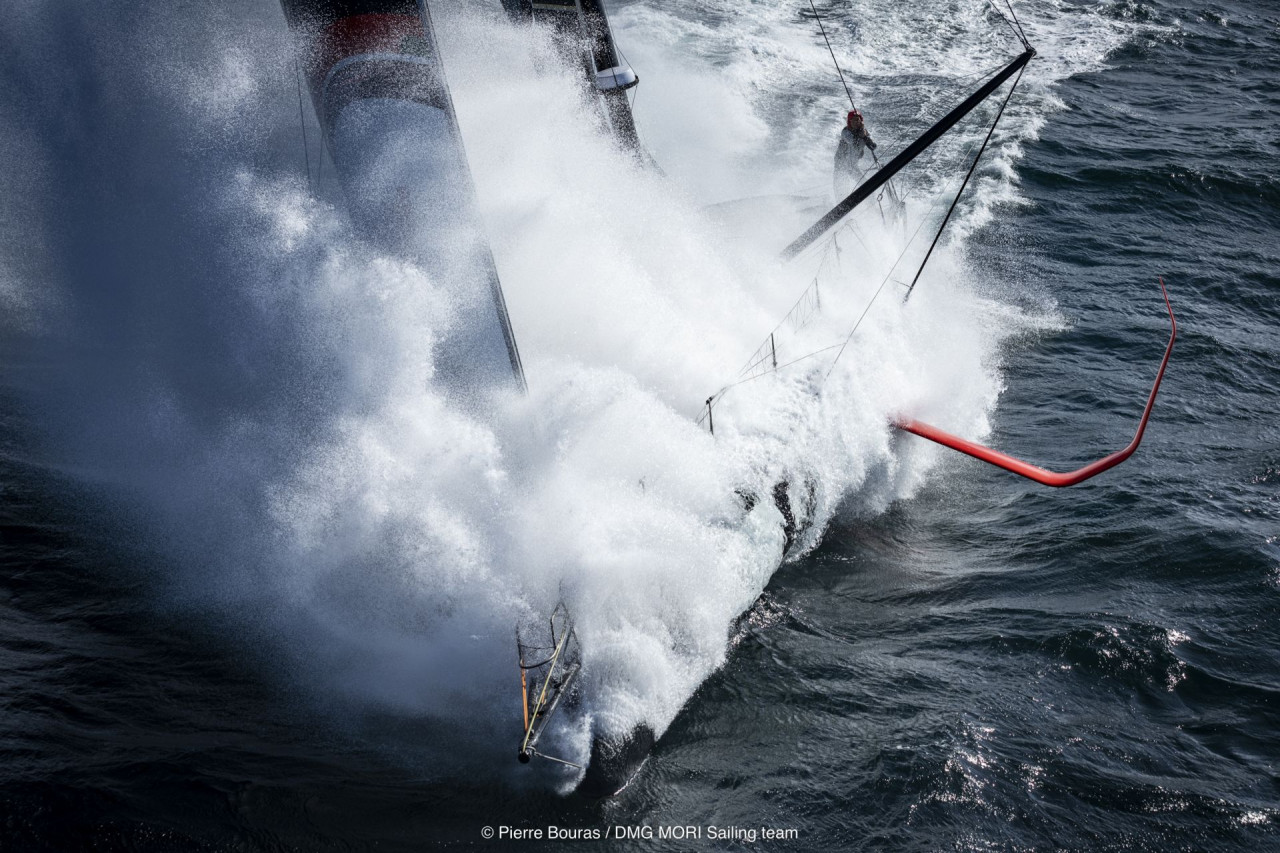 © Pierre Bouras
From IMOCA by Ed Gorman
Just like the Vendée Globe, the Route du Rhum-Destination Guadeloupe sets sail very late in the European season, when the steady march of north Atlantic depressions turns the first few days of the race into a huge upwind challenge.

This year’s race looks to be no different in that respect as the record-entry 38 IMOCA skippers prepare to face a daunting opening, pounding their way into strong westerly winds in boats built for sailing off the wind or downwind.

Nicolas Lunven, a two-time Figaro winner who finished in 10th place in this year’s Vendée Arctique, has been working alongside Marcel van Triest, advising a group of 12 IMOCA teams on weather strategies prior to the start.
(Once they set sail, routing advice is forbidden in the IMOCA class).
This group includes many of the favourites for podium places, among them Jérémie Beyou on Charal, Charlie Dalin on APIVIA and Thomas Ruyant on LinkedOut.
Lunven says this Route du Rhum will not be easy in its early stages.
“The start of the race and the next few days following will be very, very tough – very hard for the competitors,”he told the Class.
“We are in winter now so the wind will be almost at gale force for the first few days, with very deep fronts stretching a long way south.”
“That means,”he continued, “that the trade winds are not well-established so it will be difficult to find a route to go south, close to Cape Finisterre and then along the Portuguese coast – unfortunately there is no option there for now.” 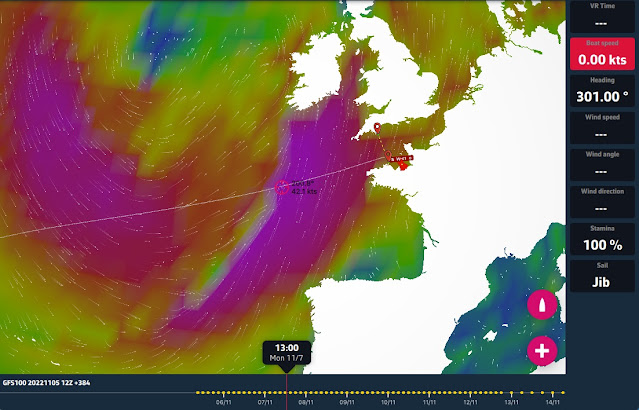 eSail4VR routing simultor for Virtual Regatta
Lunven says all the skippers who want to be competitive will have no choice but to take the tough option of smashing their way to windward, which could see them heading off on port tack towards southern Ireland in the early stages.

“The only way is to fight against the westerly wind for the first few days with very strong conditions, and to try to move forward to the west or the southwest,”he said.
“Then, after the passage of a front or a trough, they will be able to look for some northwest wind to help them go south to catch the trade winds.”

Lunven says there is really no alternative as the fleet exits the English Channel.
They will hit the first weather front on Monday afternoon and evening and the sea state could be as much of a problem as the wind strength.

“We are talking about winds of around 45 knots with a sea state of six or seven metres, so it is huge,”he explained.
“That is going to be very, very difficult and that’s why we are trying to find a compromise to avoid this situation, but the problem is that the front will be active and deep with a long extension to the south, so you can’t really avoid it because it will be just west of Ushant island.”

Once the skippers have tackled that system they will have moderating conditions before the next front hits on Wednesday.
Again this will be an active system with a big north-south extension, but Lunven is hopeful that there will be more choices available to skippers by then to avoid the worst of it.

All in all, this is going to be a testing opening and Lunven advises that caution should be the watchword for the first few days.
“If I were a competitor I would go for, not a slow mode at the beginning, but maybe at least a safe mode to make sure everything is fine,” he said.
“You need to establish your race rhythm – sleeping and eating and so on – so I would say take it easy – or less hard – because if you push too much, then you are going to break everything and you will just have to turn back and go to Brest and try to repair your boat.”

“So don’t push too much, try to preserve your boat and yourself and after two or three days conditions could be much better,”he added.
“Then you can start to push if the boat is in nice shape to be at 100% performance up to the finish. Then, who knows what could happen? Even if you are last two days after the start, if your boat is in good shape, maybe you can still win the race.” 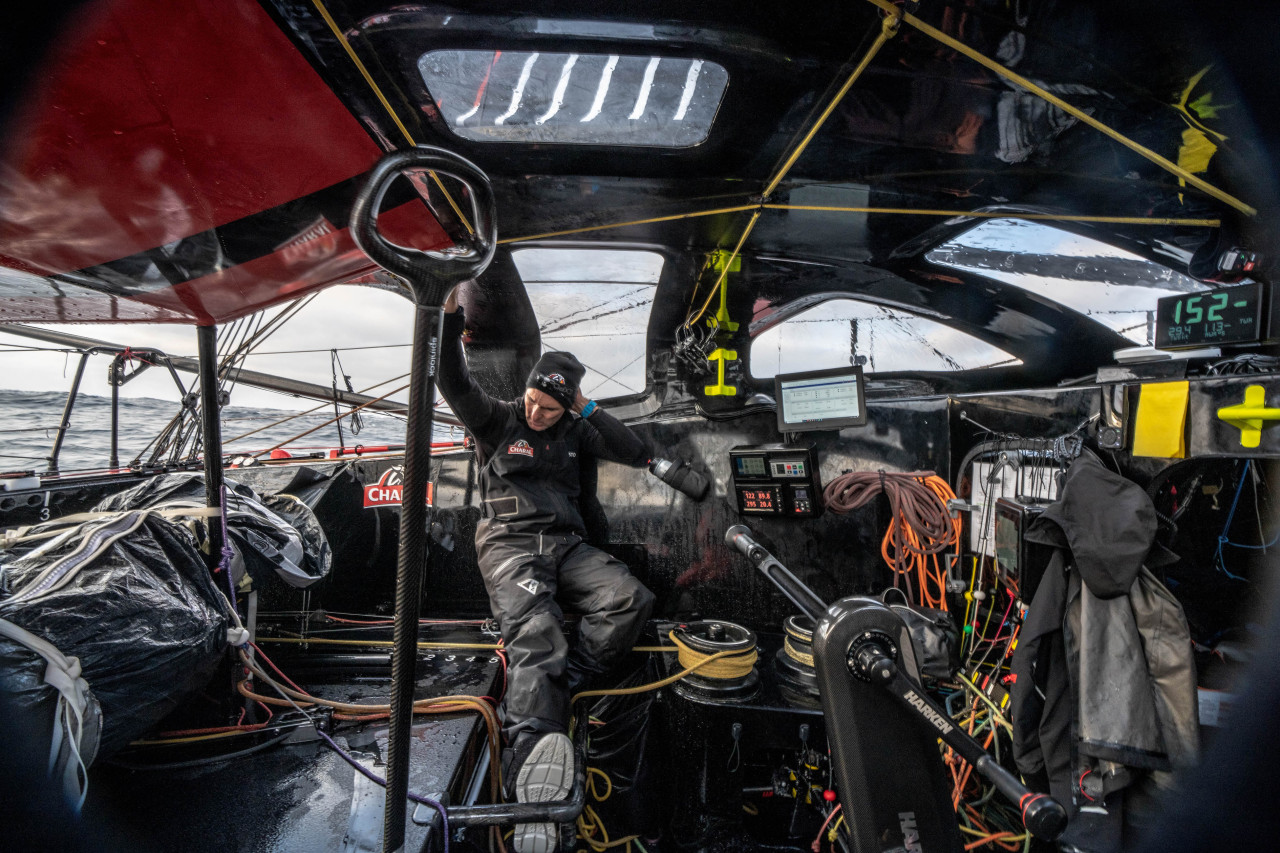 © Maxime Mergalet
The second half of this Route du Rhum seems along way off. But Lunven says the early signs are that the east-northeast trade wind conveyor belt to the finish could be tricky to find.

“For now, the trades are not established at all. There is a low pressure system for the end of next week, with a trough stretching very far south, which will probably kill them for a while. So it is going to be hard to get into the trade winds next week,” he said.

The last couple of days approaching Guadeloupe should be relatively straightforward, but it’s the route skippers choose to get themselves into an easterly flow that could be decisive in determining who wins this classic.
“For the last few days to Guadeloupe they will have trade winds but the question is, how will they be able to catch them?”summarised Lunven. 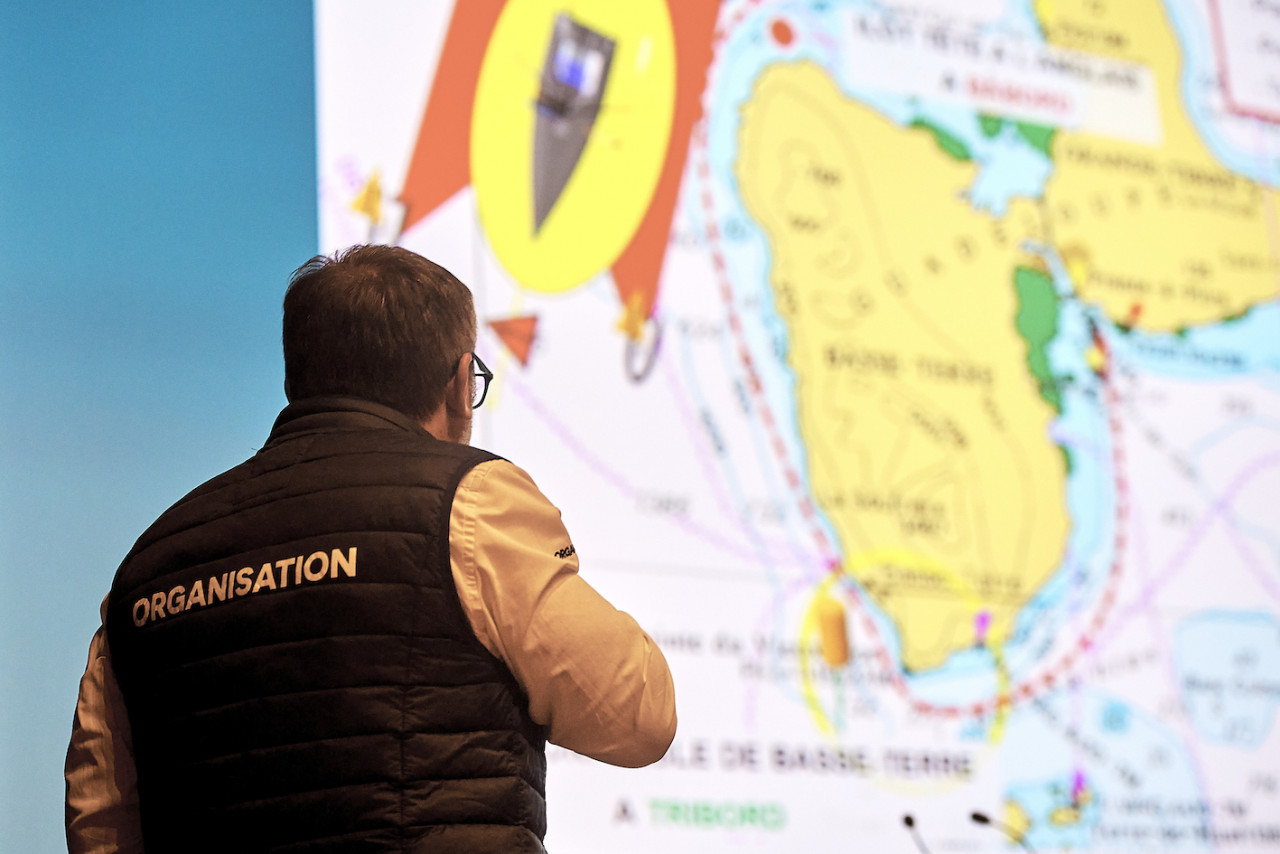 © Arnaud Pilpré #RDR2022
The current record for the IMOCA Class, for the 3,542-nautical mile course to Pointe-à-Pitre, stands at 12 days, four hours and 38 minutes, set by François Gabart in 2014.
But with the current weather scenario for this year’s race, that is going to be tough to beat.
Links :
Posted by geogarage at 1:40 AM