How a plucky robot found the long-lost Endurance shipwreck 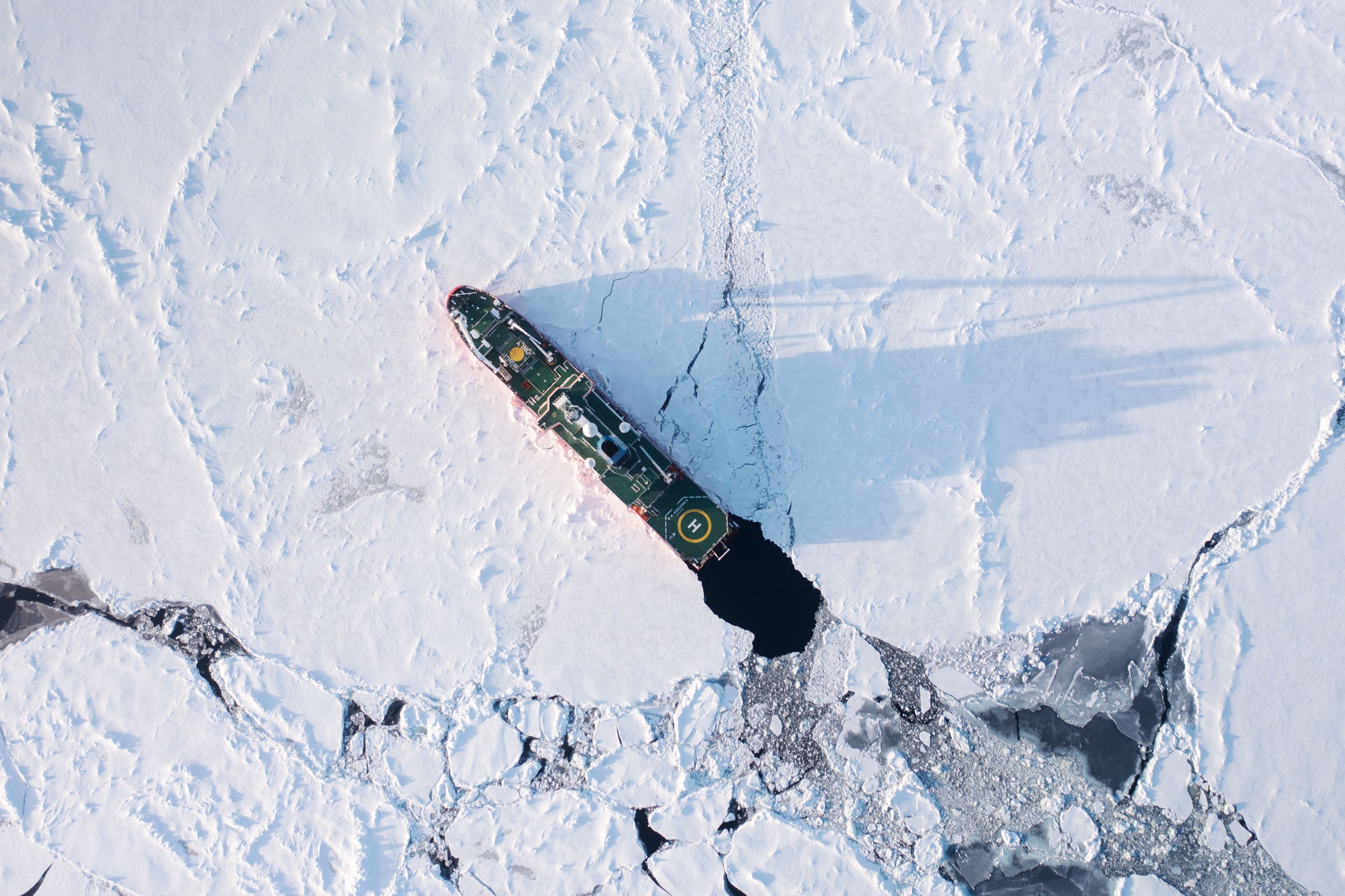 From Wired by Matt Simon
Over a century ago, two dozen men were stranded in Antarctica.
Here’s how a robot dove 10,000 feet to glimpse their lost ship for the first time.
In late 1914, explorer Ernest Shackleton and 27 crewmen sailed into the icy waters around Antarctica.
Their state-of-the-art ship Endurance stretched 144 feet, with three towering masts, its hull ultra-reinforced to resist crumpling in the floating ice.
The crew’s plan was to hike across the frozen continent, but the sea had other ideas.

Endurance got stuck off the coast and was slowly crushed by the floating ice, forcing the men into one of the most famous feats of survival in history.
(Do yourself a favor and immediately read Alfred Lansing’s book on the expedition.) They endured for over a year, scurrying across ice floes to hunt penguins and seals, before reaching an uninhabited island.
From there, Shackleton and a small party sailed 800 miles in a little boat rescued from the Endurance, made land on the island of South Georgia, and hiked to a whaling station, then returned by ship to pick up the rest of the crew.

Over a century later, scientists have now used another state-of-the-art vehicle to finally glimpse the long-lost wreck of the Endurance.
Dangling from an icebreaker in Antarctica’s Weddell Sea, an underwater robot called Sabertooth dove almost 10,000 feet, painting the seafloor with blasts of sonar that betrayed the unmistakable form of a ship.
Switching to the robot’s cameras, the crew captured video of a stunningly well-preserved wooden vessel.

“It's a huge achievement—from the historical point of view—for the story of Shackleton and his crew, as well as an extremely strong achievement from the technology point of view, because it was probably one of the most complicated shipwrecks to discover,” says Nico Vincent, subsea project manager of the expedition, which was organized by the Falklands Maritime Heritage Trust.

Photograph: Nick Birtwistle/Falklands Maritime Heritage Trust
That’s thanks to Antarctica’s notoriously bad weather and thick, unpredictable ice, which was trying its best to make life miserable for the expedition’s icebreaker, the S.A. Agulhas II.
It wasn’t so much that anyone was worried about the icebreaker meeting the same fate as the Endurance.
(“Believe me, she is a marvelous vessel,” says Vincent.
“I never saw an icebreaker steaming at more than 8 knots in the middle of 1.5-meter-thick ice.”) It was more that chunks of floating ice would make it impossible to lower the 12-foot-long robot (it’s shaped a bit like a sled) or might cut its thin fiber-optic tether to the boat.
So the researchers used satellite data to predict the movement of ice around them, and, once Sabertooth was in the water, the icebreaker’s pilot used propeller blasts to keep the sea around the vessel open.
Photograph: Falklands Maritime Heritage Trust/National Geographic
Sabertooth’s tether makes it unlike other Antarctic ocean robots, which tend to be fully autonomous; scientists give them orders to explore a certain area on their own.
(It’s similar to the reason why Mars rovers are autonomous.
Signals take way too long to get back and forth from the Red Planet, and radar communications don’t penetrate seawater.)
But Sabertooth is a hybrid robot, meaning that while it can autonomously roam the Antarctic seafloor, its operators can assume control as needed.
That tether can’t provide power to the robot, since that would thicken the line and make it more prone to getting pushed around by currents.

The researchers knew roughly where to look because Endurance’s captain had logged the ship's last location.
But he did so with early 20th-century methods, which were less precise than today’s GPS.
So the explorers programmed Sabertooth to wander, scanning the bottom of the Weddell Sea while a sonar analyst aboard the icebreaker parsed the data in real time.

And then it arrived: the unmistakable form of a shipwreck.
(Unmistakable, at least, to a trained sonar analyst.)
“You cannot imagine the faces of the people when we saw the Endurance for the first time,” says Vincent.

But as bad luck would have it, there was only a minute left on the robot’s battery.
“Immediately, we interrupted the dive to come back to the surface and recharge,” he says.
No matter—the scientists had finally located one of history’s most legendary shipwrecks.
When they returned with the recharged Sabertooth to get more footage, they found an astonishingly well-preserved wooden ship.

The Antarctic Treaty protects this shipwreck as a historic site and monument, so the explorers could only look, not touch.
But the images speak volumes.
In the video above, you can clearly see the ship’s name splayed across the stern, one of the broken masts, and even the wheel.

Ironically enough, the harshness of the Antarctic seas both sank Endurance and preserved it like no other shipwreck.
A vessel made of wood is supposed to quickly rot, thanks to microbes and critters called shipworms, which grow up to 5 feet long as they chew through wood.
But Antarctica is devoid of trees, which means there aren’t organisms in its surrounding waters that have evolved to break wood down for nutrients.

Vincent has been at this kind of work for decades and has seen hundreds of shipwrecks, but none quite like this.
“The level of preservation of this wreck is absolutely, absolutely gorgeous. It's like she sunk yesterday,” says Vincent.
“This is something that we see one time in a life—only one time. Incredible.”