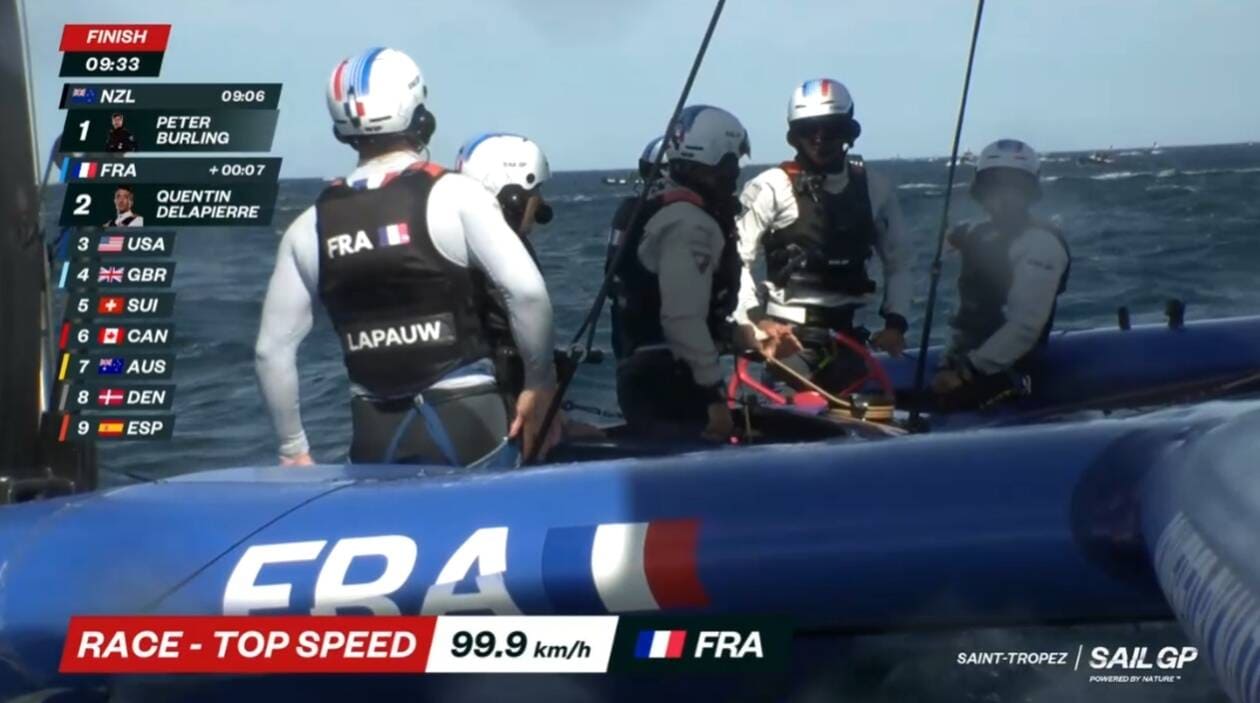 99.94 KM/h (53.96 knots), this is the new speed record in F50, SailGP circuit boats,
established by Quentin Delapierre and the French SailGP team in Saint-Tropez,
during the third and last round yesterday
On one of the wildest days seen on a SailGP racecourse, the championship speed record was broken twice in the space of three races.
Ben Ainslie's Great Britain hit 99.02 km/h in the day's first race, before the French team led by Quentin Delapierre recorded 99.94 km/h in the last race of the day to set a new all time record for the league.
courtesy of V&V SailGP
Incredibly strong wind speeds - surpassing 40 km/h during racing - resulted in the record-breaking performance by the French at their home event.
“It was a crazy day, clearly there was ‘cartridge’ whats aid Vendée tactician Manon Audinet, in the mixed zone. It was impressive to see the boat sailing in such weather, especially on the way after the start. We took a good dose of adrenaline and I saw some who almost turned around.”

🏁 @SailGPNZL bounce back to take the win... and it's a new #SailGP top speed from @SailGPFRA who fly home in 2nd place!#FranceSGP pic.twitter.com/y8FDg5CZeI

Race 3 is underway in Saint-Tropez!