Plastic in the depths: how pollution took over our oceans 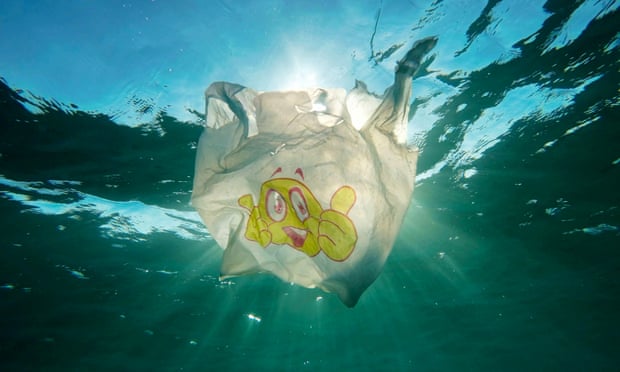 So much plastic pours into the sea every year that species are now endemic to it.
A new Guardian series looks at where it comes from, the harm it does and what can be done about it

By now, it is well known that the oceans swirl with plastic.
More than 8m tonnes pour into the seas every year, spewed out via rivers, dumped along coastlines or abandoned by fishing vessels.
Plastic even contaminates ocean air, where particles are kicked up by spray and then blown about the planet by the wind.
In many places on Earth, it is literally raining – and snowing – plastic.

While most images of ocean pollution show plastic bottles bobbing on the surface or straws being yanked from turtles’ noses, these are misleading: bottles and straws make up only a fraction of the total.

That is why, in the coming months, the Guardian’s Seascape project will take a microscope to the ocean to find out exactly what is in this plastic avalanche, where it comes from, what harm it is doing – to marine life and to us – and what can still be done about it.

The type of plastic that proliferates through the different levels of the ocean ecosystem depends in large part on where you look.
While bags and food wrappings dominate the shoreline, further out to sea it is abandoned fishing gear and plastic lids that choke the deeper waters. 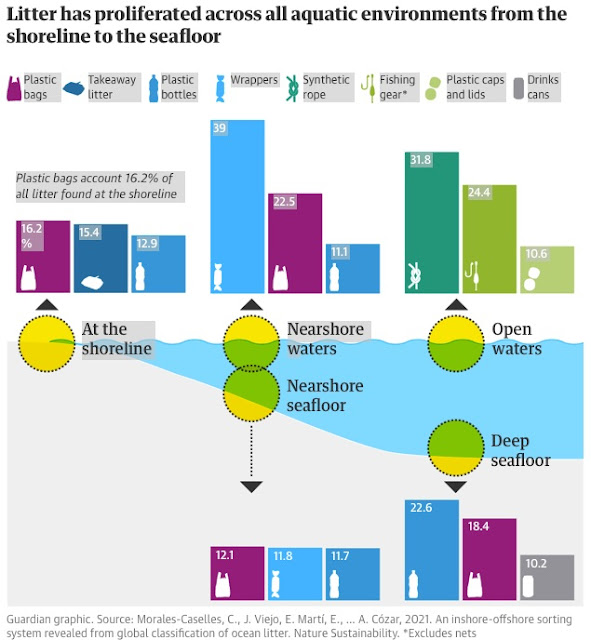 Some of the sources of plastic are surprising, too: cigarette butts – yes, the filters are made largely of plastic – or sachets, those little packets for individual servings of ketchup or soap.
Sachets, as Seascape reporter Karen McVeigh has exposed, are a huge pollution problem, particularly in Asia where they were presented by companies such as Unilever as a convenient way to dispense affordable products for those on low incomes.
They have proved to be an intractable pollutant – tiny, difficult to collect and all but worthless to recycle.

Then there’s the vast, unseen churn of microplastics – trillions of tiny fibres, beads and shards.
Plastic is now so fully integrated into the Earth’s water system that every week most people drink a credit card’s worth of it.

Microplastic itself has many sources.
It comes from clothes fibres, swirling into the drain from washing machines.
It comes from nurdles, the “Lego blocks” for bigger plastics that are frequently spilled accidentally in their billions from container ships, causing as much damage as oil spills (though still not yet classified as hazardous).

And it comes, in huge quantities (representing more than a quarter of all microplastic in the ocean), from tyre dust, the residue generated from synthetic rubbers, fillers and softeners as people drive their cars (or , to a lesser but still notable degree, bicycles) down the street.

Lest we get too bogged down, we will also look at what can be done about all this plastic – how to clean it up, how to stop it getting there in the first place, and what you can do to help.

There’s now so much plastic in the ocean that scientists are treating it as a new biome: the plastisphere.
The species that live there are now endemic to it.
Plastic is their forever home, but it doesn’t need to be ours.
Links :
Posted by geogarage at 1:33 AM