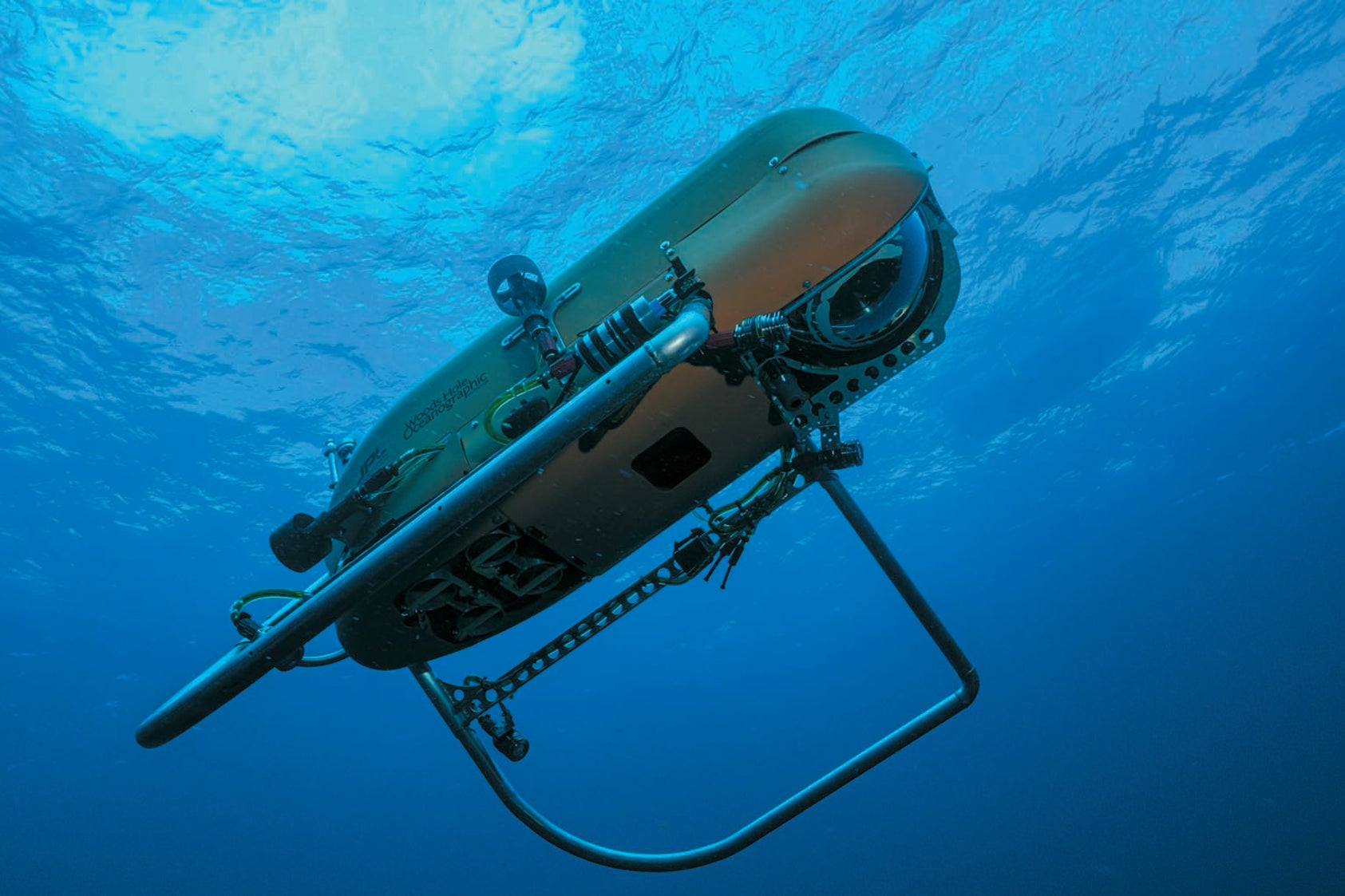 For more than 50 years deep-sea exploration has been a continuous fount of discoveries that change how we think about life in the ocean, on dry land and even beyond our planet.
Consider the following three events.

On October 16, 1968, a cable tethering the submersible Alvin to a research ship located 100 miles off Nantucket broke.
The sub sank to the seafloor more than 5,000 feet below; the crew of three escaped safely.
Nearly a year later, when a team brought Alvin back to the surface, the biggest surprise was that the crew's lunch—bologna sandwiches and apples in a plastic box—was strikingly well preserved.
Bacteriological and biochemical assays proved it.
Someone even took a bite.
Subsequent experiments in the Woods Hole Oceanographic Institution laboratory where I'm writing this article found that rates of microbial degradation in the retrieved samples were 10 to 100 times slower than expected.
This discovery, and others, led to the conclusion that metabolic and growth rates among deep-sea organisms were much slower than those of comparable species at the ocean's surface.

In 1977 scientists diving in the restored Alvin made another historic discovery—the first in-person observations of life around hot, hydrothermal vents rising from the seafloor.
This sighting overturned the long-held view that our entire planetary food web was built on photosynthesis—using sunlight's energy to convert carbon dioxide and water into complex carbohydrates and oxygen.
The hydrothermal organisms, and the entire ecosystem, thrived in pure darkness, converting chemicals in the vent fluid into life-sustaining compounds through a process we now call chemosynthesis.

If that revelation wasn't surprising enough, an expedition I was part of in 1993 exposed an earlier mistaken belief.
We had discovered a significant hydrothermal vent ecosystem on the East Pacific Rise.
The system had been destroyed by a seafloor eruption just a few years earlier, yet it had already been bountifully recolonized.
A bologna sandwich might decay so slowly in the deep that you could eat it a year later, but it turned out that biological processes in the deep sea could be extremely fast as well.

Each new ocean discovery that disrupts old dogma reinforces a much larger truth: the ocean is far more complex—and much more intertwined with our own lives—than we ever imagined.
For much of the 20th century, for example, scientists maintained that the deep ocean was a harsh, monotonous place of perpetual darkness, frigid temperatures, limited food and extreme pressure—conditions that should make complex forms of life impossible.
But new tools for observing, sensing and sampling the deep ocean, such as increasingly sophisticated underwater vehicles with high-definition camera systems, have demonstrated that biodiversity in the darkest depths may rival that of rain forests and tropical coral reefs.
These missions have further revealed that the depths are far from uniform; like kangaroo habitat in Australia and tiger lands in Asia, they are home to evolutionarily distinct biogeographic regions.

We are beginning to appreciate how connected these realms are to our own.
The rapid three-dimensional change of conditions such as temperature, salinity and oxygen concentration in the deep ocean and the currents and eddies that establish the boundaries of these provinces are expected to fundamentally change as the effects of human activity reach ever farther below the surface.
Already lobsters are moving to deeper, colder waters and molting at different times of the year.
Commercially important groundfish such as cod and haddock are migrating poleward in search of more suitable habitat.

We are seeing that the ocean's biogeographic boundaries are neither immutable nor beyond the imprint of humans.
In studies, more than half of sampled hadal organisms—those living in the deepest parts of the ocean, beyond 20,000 feet—had plastics in their gut.
PCBs, which were banned in the U.S. in 1979 and phased out internationally as part of the Stockholm Convention beginning in 2001, are also common in tissues of animals from the extreme bottoms of the sea.

We are also starting to learn that life in the deep might have things to teach us.
Deep-sea fish produce biomolecules called osmolytes that permit cellular functions, such as the precise folding and unfolding of proteins, to proceed unimpeded by crushing water-column pressures exceeding 15,000 pounds per square inch.
Medical researchers have determined that some of these molecules could help treat Alzheimer's disease, which is characterized by misfolded proteins.
In addition, decoding the genes that govern traits we see in deep-sea animals, such as those that stave off errors in DNA replication, transcription and translation, might be used in therapies for cancer and other afflictions.

The greatest paradigm that ocean exploration may tear down is that Earth represents the sole example of life in the universe.
Life might have existed on Mars when it hosted liquid water, and the fact that Earth and Mars have shared ejected material in the past means we could have exchanged the building blocks of life.
But the discovery of chemosynthetic life on Earth and the more recent finding of perhaps 13 liquid-water oceans underneath the icy shells of moons such as Jupiter's Europa and Saturn's Enceladus—places that may have been too distant to have shared life-bearing material with Earth in the past—raise the possibility of a second, independent genesis of life.
And if life can form twice in one solar system, then it could be anywhere we look in the heavens.
Posted by geogarage at 1:27 AM