Landsat 1, launched in July 1972, was the first satellite designed to study Earth from orbit.
The spacecraft is seen here in flight configuration with its solar panels deployed at the former GE plant in Valley Forge, Pennsylvania.

From National GeoGraphic by Nadia Drake
Discovered only about 50 years ago, Landsat Island off the country's Atlantic coast bears the name of the world's first Earth-observing satellite program.

Squint closely at a map of the North Atlantic, off the eastern coast of Canada’s Newfoundland and Labrador Province, and you’ll see … well, nothing.
The uninhabited island that should be there is too tiny for even Google Maps to display.

not viewable on Google Maps or Google imagery
but viewable with the GeoGarage platform with CHS nautical raster chart
In 1976, a Canadian coastal survey was carried out using data from the Landsat 1 satellite.
Analysis of the data revealed several previously uncharted features; this includes Landsat Island, which was subsequently named after the satellite.
Verification of the island's existence fell to Dr. Frank Hall of the Canadian Hydrographic Service:
[Dr. Hall] was strapped into a harness and lowered from a helicopter down to the island.
This was quite a frozen island and it was completely covered with ice.
As he was lowered out of the helicopter, a polar bear took a swat at him.
The bear was on the highest point on the island and it was hard for him to see because it was white. Hall yanked at the cable and got himself hauled up.
He said he very nearly became the first person to end his life on Landsat Island.
— From Scott Reid's account of Dr. Hall's Landsat Island expedition given to the Canadian Parliament on October 30, 2001.
Following Dr. Hall's encounter with the polar bear, it was suggested that the island be named "Polar Island,"but the present name was retained.
Landsat Island marks the easternmost point of the Canadian land mass along this section of the Labrador coast.
As such, its discovery increased Canada's maritime territory by 68 square kilometres (26 sq mi). 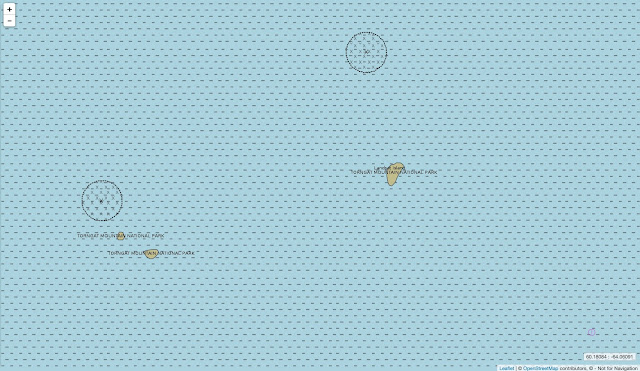 But nearly 50 years ago NASA’s first Earth-observing satellite, a joint project with the U.S. Geological Survey, picked up the island’s spectral signature from more than 500 miles high. The discovery increased Canada’s territorial area by 26.25 square miles—a modest expansion that nonetheless heralded an exciting accomplishment for the program today known as Landsat.
In 1979 the outcrop was officially named Landsat Island, after the revolutionary eye-in-the-sky that had spotted it.

“It just totally changed the field of cartography,” Terry Sohl, a researcher with the USGS Earth Resources Observation and Science Centre, says of the program.

NASA might be better known for looking up at the stars, but the space agency’s satellites have also been staring down at our home world for half a century.

Inspired by the space-based imagery of Earth returned during the Mercury and Gemini flights, the Earth Resources Technology Satellite took flight on July 23, 1972.
A few years later, it would become known as Landsat 1. Still managed by NASA and the USGS, the Landsat program has become the longest-running Earth-observation enterprise in history. 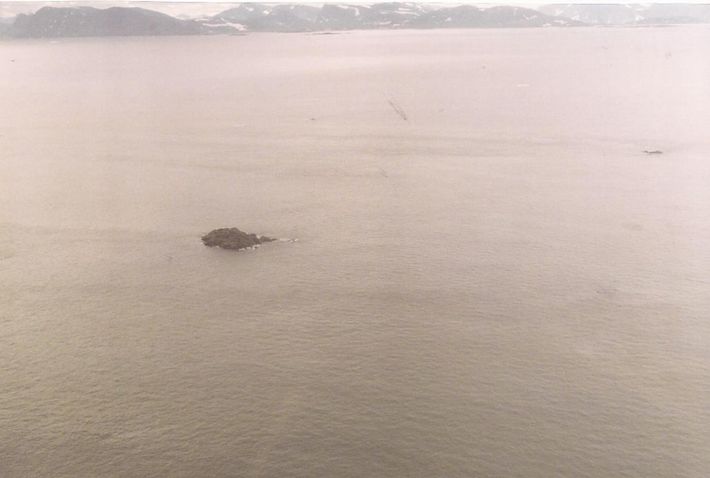 Landsat Island, as photographed from a Canadian Coast Guard helicopter in 1997.
Photograph by David Gray
“If you think back to the mid-60s, the space race was going on, the U.S. public was enamoured with what was happening, and it was a unique idea to use that technology not only for military applications but to turn those cameras around and look at what’s happening on the Earth’s surface,” Sohl says. “People really didn’t know what to expect.”

Since 1972, nine Landsat satellites have populated Earth’s skies (although one—Landsat 6—didn’t reach orbit).
Today three of them loop around the planet in polar orbits, staring at 115-mile-wide swaths of land and making highly detailed measurements.
Every 16 days the same spots get another look by the same satellites.
So over five decades of Earth-gazing, Landsat has compiled the most detailed record ever of our planet’s changing face.

“It has been a great program of discovery,” says NASA’s James Irons, who’s been a leader of the Landsat program for decades.
“At the time of the Landsat 1 launch, not all of Earth was well mapped—the data were quite thin.”

And that set the stage for cartographer and pilot Elizabeth Fleming to use Landsat data to make an unusual mark on history.
The pixel that expanded Canada

In 1973 a Canadian coastal survey decided to use Landsat data to better map the country’s sparsely charted northern coasts.
While inspecting the satellite’s data, Fleming spotted a telltale signature in the spectrum of light bouncing off Earth’s surface.
She concluded that it came from an island, not an iceberg.

Measuring just 82 feet wide by 148 feet long, the rocky atoll reflected infrared light rather than absorbing it like the surrounding seawater.
The island was too tiny to be properly resolved, but it significantly altered the average reflectance of the pixel it occupied.

“For that one pixel, it’s a mix of water and a mix of land,” Sohl explains.
“So you see a sharp contrast with the surrounding area.”

In 1976 a team from the Canadian Hydrographic Service took to the skies above Northern Labrador to verify the island’s existence and fix its position on the map; after all, it had only been seen in one pixel of satellite data.
About 12 miles offshore, the desolate hunk of rock protruded from the froth in an area known as the fringe—a treacherous assemblage of reefs, shoals, and undersea rocks that mariners avoid. Fleming’s discovery held: The island existed.

As recounted to the Canadian Parliament, when hydrographer Frank Hall was lowered from a helicopter to the ice-covered island, he narrowly escaped a lethal swat from an obscured polar bear.

“I can still remember listening to the radio as a small boy and hearing with some excitement, because I had dreams of being an explorer when I grew up, of the discovery of the new island off Canada's east coast,” Scott Reid, a member of Parliament, said in 2001.
“It was a discovery of practical importance to Canada because it allowed Canada to expand its territorial waters.”
The Landsat legacy

The newest members of the Landsat fleet—Landsat 9 launched in September 2021—are more advanced iterations of Landsat 1.
They study our planet in more wavelengths of light, their eyes are sharper, and they have thermal imagers aboard.

From their perches in orbit, these satellites measure receding coastlines, characterise urban heat islands, surveil an Amazon gold rush, and even track the amount of water consumed over 20,000 acres of California wine country.

“The applications for remote sensing, whether it’s vineyards or agriculture, or helping people fight fires in the West—it is just cool to be involved,” Sohl says.

Today Landsat is joined by hundreds of Earth-observing satellites, both government and commercial. This constellation makes crucial observations that help guide decisions about managing our planet’s increasingly strained resources.

“In all of our Earth observations, we are observing the impacts of a growing population,” Irons says. When Landsat 1 launched, fewer than four billion humans lived on planet Earth, a number that has since doubled.
“It becomes increasingly difficult for the resources of the Earth to sustain us under those conditions,” he says.
“But I try to be optimistic, and my hope is that given accurate information, that people will be better positioned to make wise decisions.”
Links :
Posted by geogarage at 1:52 AM