Where should the World focus its Ocean conservation efforts? 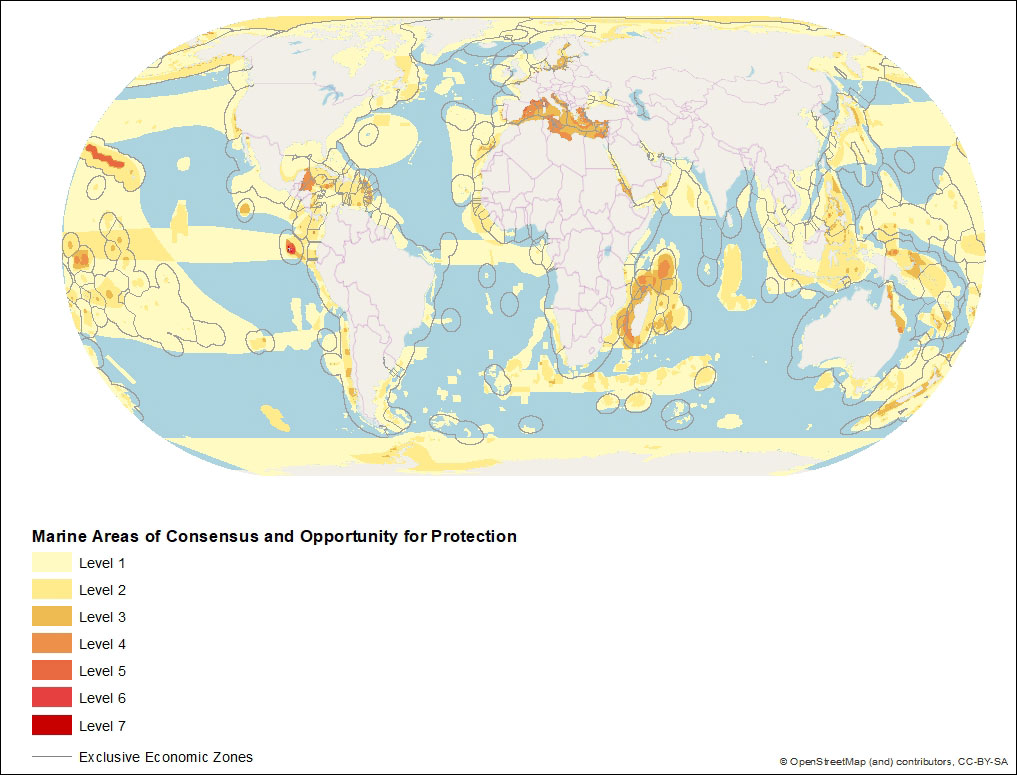 This map shows the level of consensus between organizations on areas of the ocean in need of protection.
The higher the level, the more organizations agree.
Map by Pikitch et al.

From HakaiMag by Brian Owens

A new map shows areas of the ocean that conservationists agree are in need of protection.

Countries around the world have committed to protecting 10 percent of the planet’s coastal and marine areas by 2020 as part of the United Nations’ Sustainable Development Goals.
But it is not always easy for countries to agree on where the protected areas should be so they have the biggest conservation impact.

“The world has agreed to make ocean protection a priority, but how can we make sure it is effective?” asks Ellen Pikitch, who studies ocean conservation at Stony Brook University in New York.
“The diplomats say they need guidance.”

Pikitch and her colleagues were asked to create a map to help guide discussions about which areas are most in need of protection.
They collected 10 different maps identifying priority areas for conservation made by various UN agencies and conservation groups and overlaid them to see where the organizations agreed and checked which are already part of marine protected areas (MPAs).

The team found that 55 percent of ocean areas were identified as important by at least one organization and 14 percent were flagged by two to seven groups.
Of that 14 percent, the vast majority are not yet protected.
Many of the areas with a strong consensus of being a priority for protection, but little actual protection, are found in the Mediterranean Sea, the Caribbean Sea, around Madagascar and southern Africa, and in the part of the western Pacific Ocean known as the Coral Triangle. 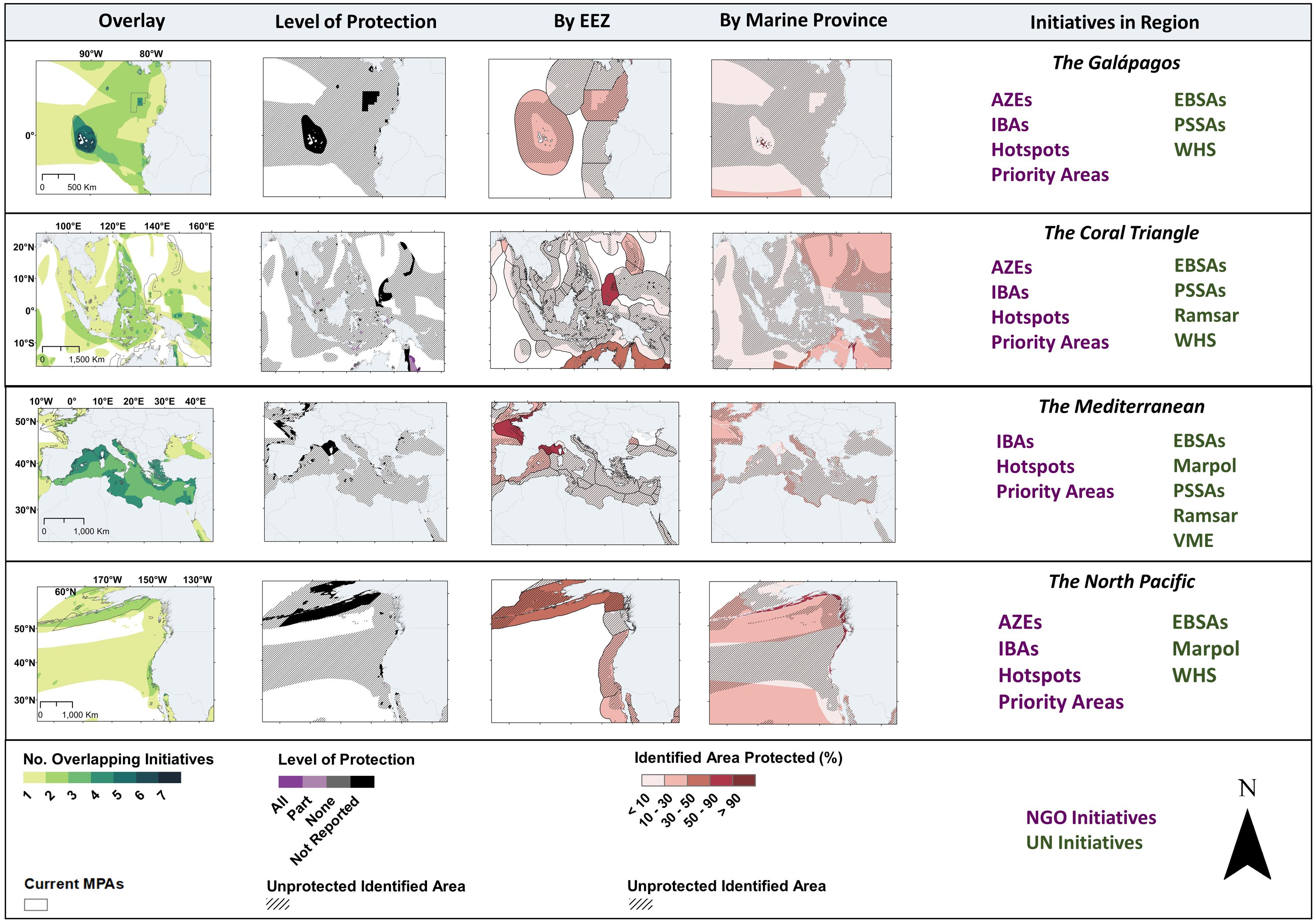 Examples of important marine areas with opportunities for stronger, more representative, and/or more widespread protection.
Areas were identified as important by six United Nations and four non-governmental organization initiatives that vary in purpose and scope.
For each region, information is provided on the number of overlapping initiatives, on the strength of current protection, on identified areas within marine provinces and on identified areas within EEZs, Exclusive Economic Zones

Pikitch will present the map, which was published in October, to the United Nations on December 4.
She hopes it will help provide guidance to those working on ocean protection by showing them where the opportunities are.
“Any organization can use this information to justify why an area should be protected or to find areas to work on,” she says.

Anna Metaxas, an oceanographer at Dalhousie University in Halifax, says the map will be useful when it comes to trying to protect parts of the high seas that are beyond national jurisdictions.
At the national level, many countries tend to follow their own priorities rather than scientific recommendations, she notes.
And in many places, such as in the Mediterranean, protecting priority areas will require cooperation among neighboring states—something that has rarely happened.
“When international organizations select areas based on conservation features, they often transcend borders,” she says.
“I don’t think the world is ready for that.”

Emily Darling, a conservation scientist with the Wildlife Conservation Society in Toronto, says that while the researchers were focused on MPAs, it is also important to appreciate that MPAs are just one tool for protecting the oceans, and they’re not always the most effective or appropriate.
MPAs work best when they have strong protections, such as preventing all fishing, but that often means local people lose access to the resources in those areas, which can cause conflict.
Maps like this one should be used, she says, not just for designating non-fishing MPAs but also for targeting areas that might benefit from softer protections that still allow for local resource use.