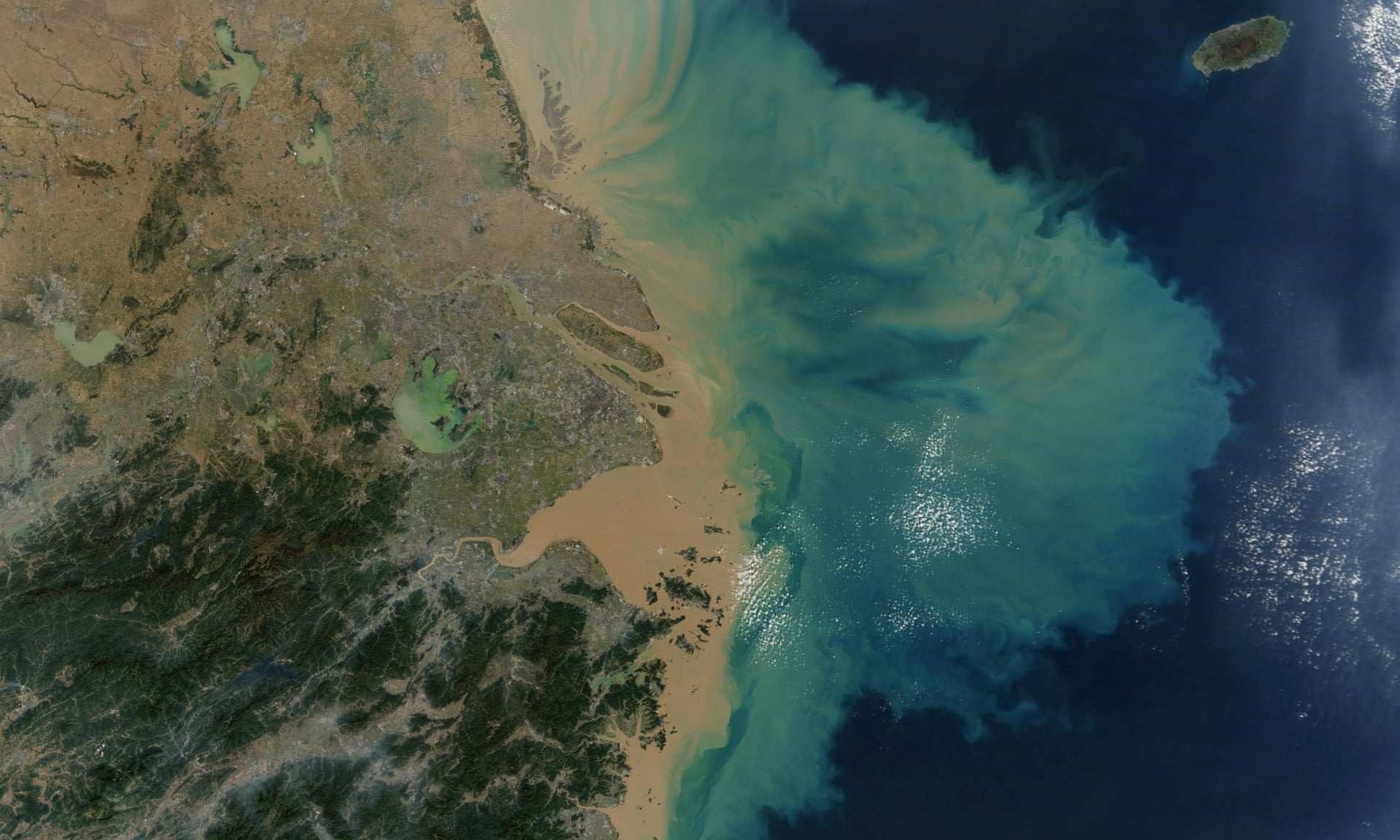 The heat in the world’s oceans reached a new record level in 2019, showing “irrefutable and accelerating” heating of the planet.
Photograph: Modis/Terra/Nasa

The heat in the world’s oceans reached a new record level in 2019, showing “irrefutable and accelerating” heating of the planet.


Earth's global surface temperatures in 2019 ranked second-warmest since 1880, according to independent analyses by NASA and the National Oceanic and Atmospheric Administration (NOAA).
Global temperatures in 2019 were 2 degrees Fahrenheit (1.1 degrees Celsius) warmer than the late 19th century, according to scientists at NASA’s Goddard Institute for Space Studies (GISS) in New York.
2019's temperatures were second only to those of 2016 and continued the planet's long-term warming trend: the five warmest years on the instrumental record have been the five last years.
see NASA

The world’s oceans are the clearest measure of the climate emergency because they absorb more than 90% of the heat trapped by the greenhouse gases emitted by fossil fuel burning, forest destruction and other human activities.

The new analysis shows the past five years are the top five warmest years recorded in the ocean and the past 10 years are also the top 10 years on record.
The amount of heat being added to the oceans is equivalent to every person on the planet running 100 microwave ovens all day and all night.

Hotter oceans lead to more severe storms and disrupt the water cycle, meaning more floods, droughts and wildfires, as well as an inexorable rise in sea level.
Higher temperatures are also harming life in the seas, with the number of marine heatwaves increasing sharply.

The most common measure of global heating is the average surface air temperature, as this is where people live.
But natural climate phenomena such as El Niño events mean this can be quite variable from year to year.

“The oceans are really what tells you how fast the Earth is warming,” said Prof John Abraham at the University of St Thomas, in Minnesota, US, and one of the team behind the new analysis.
“Using the oceans, we see a continued, uninterrupted and accelerating warming rate of planet Earth.
This is dire news.”
“We found that 2019 was not only the warmest year on record, it displayed the largest single-year increase of the entire decade, a sobering reminder that human-caused heating of our planet continues unabated,” said Prof Michael Mann, at Penn State University, US, and another team member.

Oceans are getting hotter due to global heating 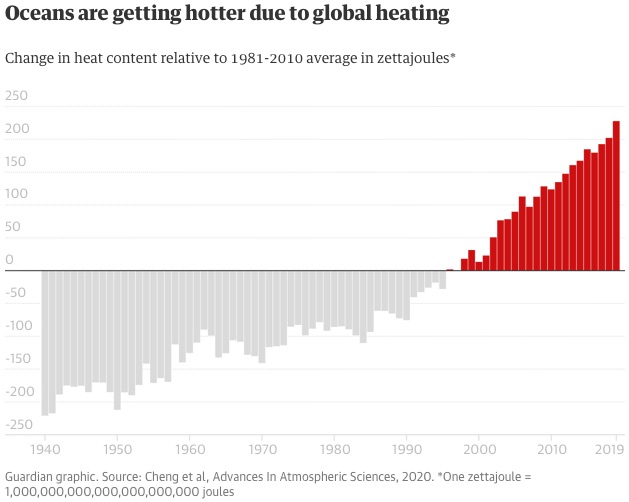 The analysis, published in the journal Advances In Atmospheric Sciences, uses ocean data from every available source.
Most data is from the 3,800 free-drifting Argo floats dispersed across the oceans, but also from torpedo-like bathythermographs dropped from ships in the past.

The results show heat increasing at an accelerating rate as greenhouse gases accumulate in the atmosphere.
The rate from 1987 to 2019 is four and a half times faster than that from 1955 to 1986.
The vast majority of oceans regions are showing an increase in thermal energy.

Hotter oceans also expand and melt ice, causing sea levels to rise.
The past 10 years also show the highest sea level measured in records dating back to 1900.
Scientists expect about one metre of sea level rise by the end of the century, enough to displace 150 million people worldwide.

Dan Smale, at the Marine Biological Association in the UK, and not part of the analysis team, said the methods used are state of the art and the data is the best available.
“For me, the take-home message is that the heat content of the upper layers of the global ocean, particularly to 300 metre depth, is rapidly increasing, and will continue to increase as the oceans suck up more heat from the atmosphere,” he said.
“The upper layers of the ocean are vital for marine biodiversity, as they support some of the most productive and rich ecosystems on Earth, and warming of this magnitude will dramatically impact on marine life,” Smale said.

The new analysis assesses the heat in the top 2,000m of the ocean, as that is where most of the data is collected.
It is also where the vast majority of the heat accumulates and where most marine life lives.

The analysis method was developed by researchers at the Chinese Academy of Sciences in Beijing and uses statistical methods to interpolate heat levels in the few places where there was no data, such as under the Arctic ice cap.
An independent analysis of the same data by the US National Oceanographic and Atmospheric Administration shows that same increasing heat trend.

Reliable ocean heat measurements stretch back to the middle of the 20th century.
But Abraham said: “Even before that, we know the oceans were not hotter.”
“The data we have is irrefutable, but we still have hope because humans can still take action,” he said.
“We just haven’t taken meaningful action yet.”