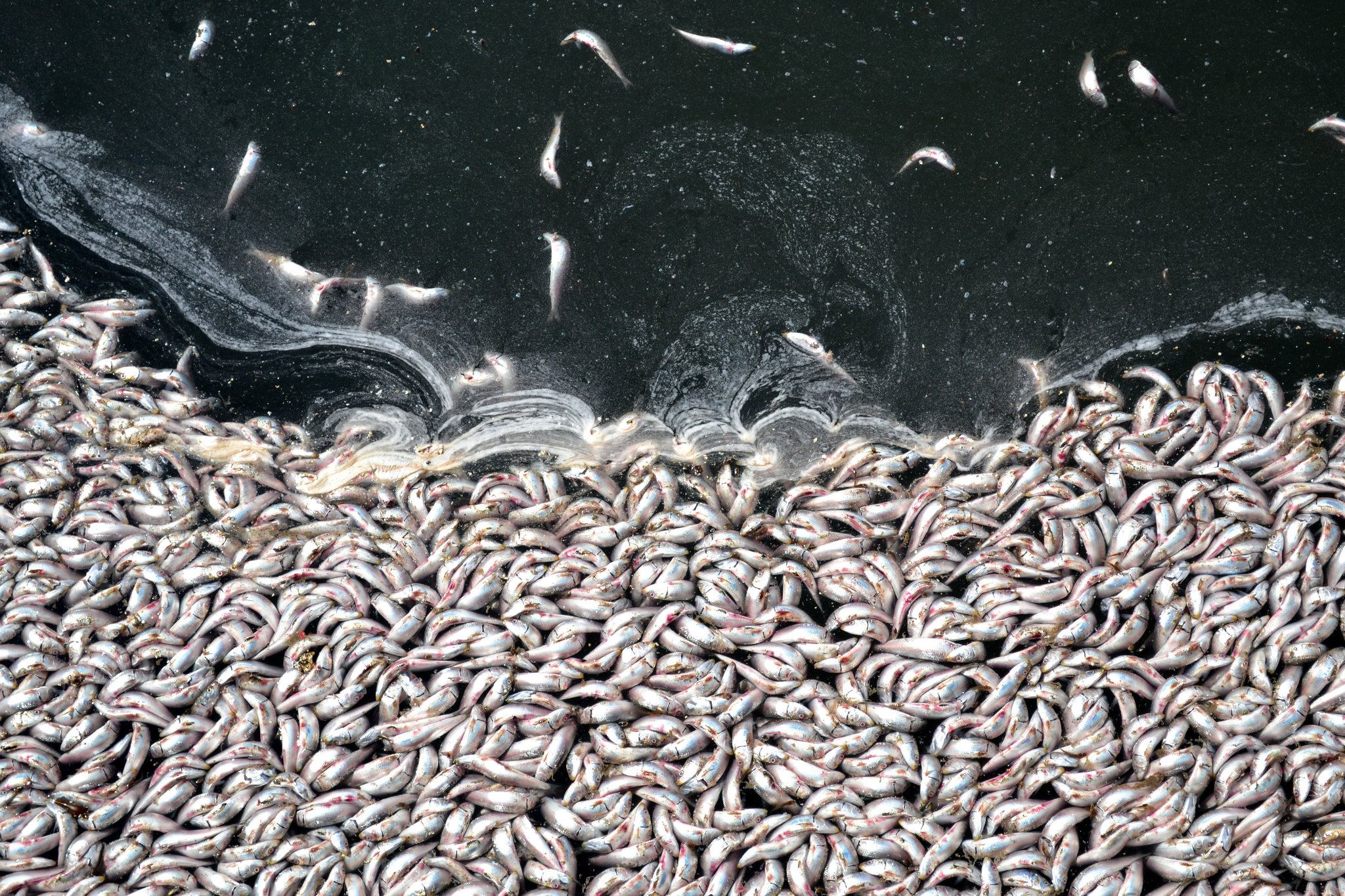 The world’s oceans are gasping for breath, a report issued Saturday at the annual global climate talks in Madrid has concluded.

The report represents the combined efforts of 67 scientists from 17 countries and was released by the International Union for Conservation of Nature.
It found that oxygen levels in the world’s oceans declined by roughly 2 percent between 1960 and 2010. 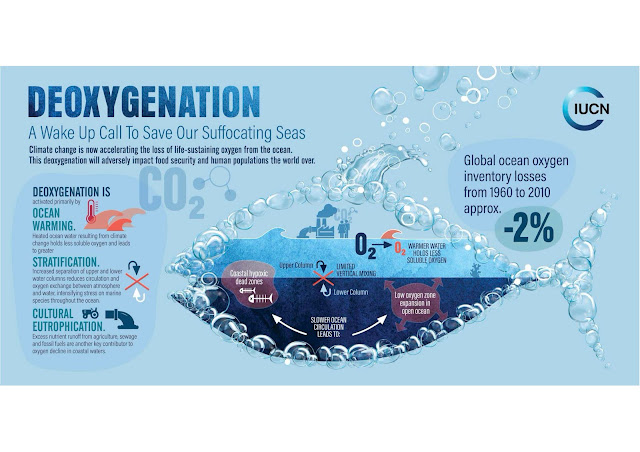 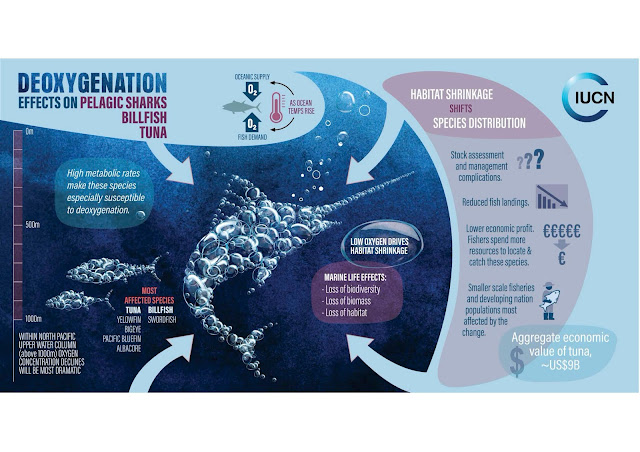 The decline, called deoxygenation, is largely attributed to climate change, although other human activities are contributing to the problem.
One example is so-called nutrient runoff, when too many nutrients from fertilizers used on farms and lawns wash into waterways.

The decline might not seem significant because, “we’re sort of sitting surrounded by plenty of oxygen and we don’t think small losses of oxygen affect us,” said Dan Laffoley, the principal adviser in the conservation union’s global marine and polar program and an editor of the report.
“But if we were to try and go up Mount Everest without oxygen, there would come a point where a 2 percent loss of oxygen in our surroundings would become very significant.”

“The ocean is not uniformly populated with oxygen,” he added.
One study in the journal Science, for example, found that water in some parts of the tropics had experienced a 40 to 50 percent reduction in oxygen.

“This is one of the newer classes of impacts to rise into the public awareness,” said Kim Cobb, a climate scientist and director of the global change program at Georgia Tech, who was not involved in the report.
“And we see this along the coast of California with these mass fish die-offs as the most dramatic example of this kind of creep of deoxygenation on the coastal ocean.”

This loss of oxygen in the ocean is significant enough to affect the planetary cycling of elements such as nitrogen and phosphorous which are, “essential for life on Earth,” Dr. Laffoley said.
“What surprised me was that, as oxygen levels lowered, there would be an effect on those cycles,” he added.
“We lower these oxygen levels at our peril.”

Deoxygenation is just one of the ways the world’s oceans are under assault.
As they absorb carbon dioxide, oceans becomes less basic and more acidic, in some places dissolving the shells of acquatic life like clams, mussels and shrimp in what is sometimes called the “osteoporosis of the sea.”

And, since the middle of last century, oceans have absorbed 93 percent of the heat associated with human-caused greenhouse gas emissions, leading to mass bleaching of coral reefs.
Warmer water also takes up more space than cooler water.
NASA says that this thermal expansion process has caused roughly a third of existing sea level rise.

According to Dr. Laffoley, if the heat absorbed by the oceans since 1955 had gone into the lower levels of the atmosphere instead, land temperatures would be warmer by 65 degrees Fahrenheit, or 36 degrees Celsius.

But water holds less oxygen by volume than air does.
And as ocean temperatures increase, the warmer water can’t hold as much gas, including oxygen, as cooler water.
(It’s why soda tends to go flat faster in the hot summer sun.)

Warming temperatures also affect the ability of ocean water to mix, so that the oxygen absorbed on the top layer doesn’t properly get down into the deeper ocean.
And what oxygen is available gets used up more quickly because marine life uses more oxygen when temperatures are warmer.

“The ocean is a blue heart on the planet. It’s a majority of the living space on the planet and it’s kind of the center of our life support system,” Dr. Laffoley said.
“And I think we need to really look after it because it has been looking after us.”