Mike Horn poses in front of the Lance icebreaker boat

Two explorers who trekked hundreds of miles at the North Pole and were running out of food have reached safety after an epic journey across the ice.


Ever since we left the boat, Borge Ousland and I have had one set goal in mind: Reaching the North Pole!
Now that we have finally made it, we take the time to think and look back at the journey it took us to get here.
We left Alaska with Pangaea two months ago and sailed as far north towards the pole where Borge and I waved goodbye to the crew and started our expedition at 85 degrees north.
Now, a month after the drop off, we stand on top of the world, grateful for being here living our shared dream.
But the pole is only halfway, and not even, now it’s time for us to keep up the pace and make our way towards Norway, where Pangaea is waiting patiently to pick us up once we have completed our Arctic crossing!
A massive thank you to Woodkid and his team for letting us use this amazing song that describes me and my way of living so perfectly.
And bravo to the talented Etienne Claret for his hard work and commitment in the creation of this short film, which we are very happy to share with you today!

South African Mike Horn and Norwegian Boerge Ousland covered about 1,800km (1,120 miles) on treacherous drifting ice in the past couple of months. 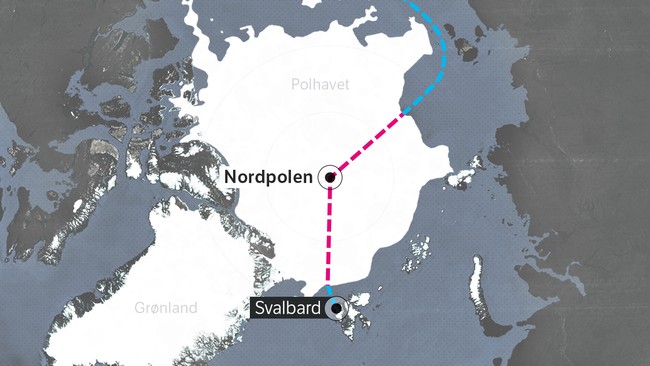 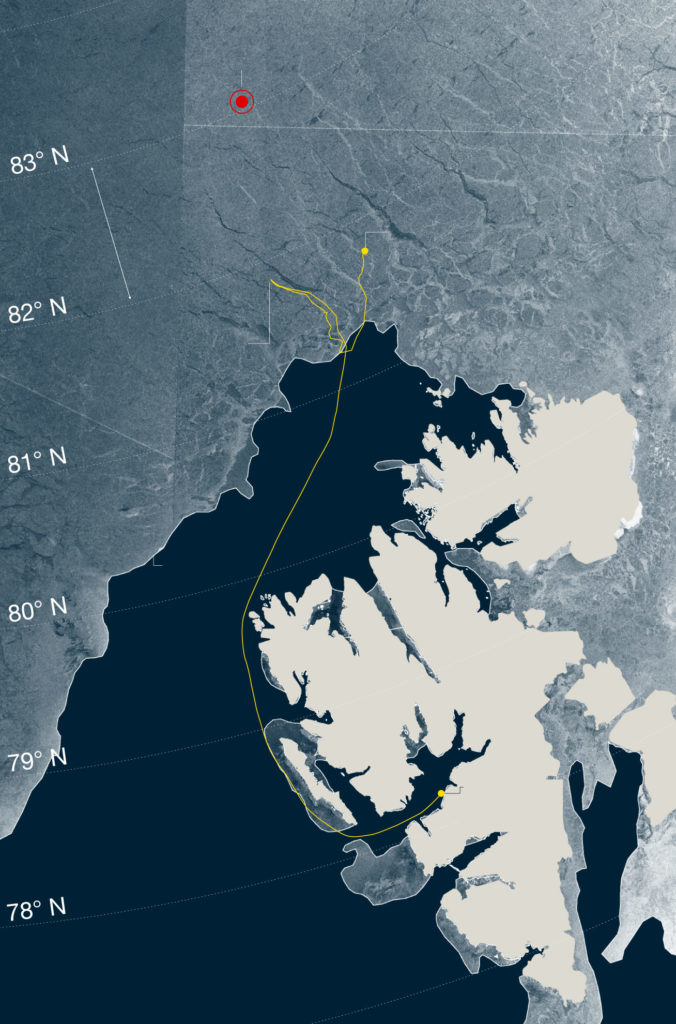 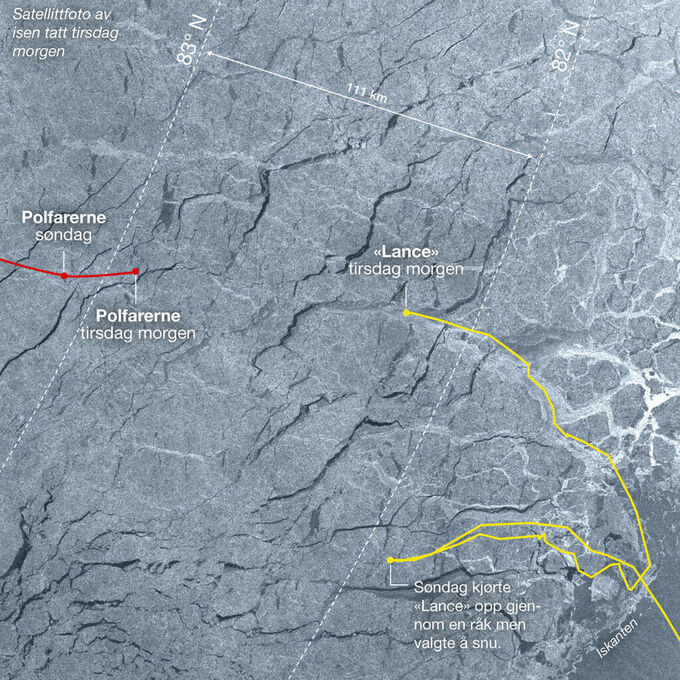 Because of delays, they had been expected to run out of food by Friday.

However, they managed to meet up with two Norwegians sent to rescue them despite a local storm. 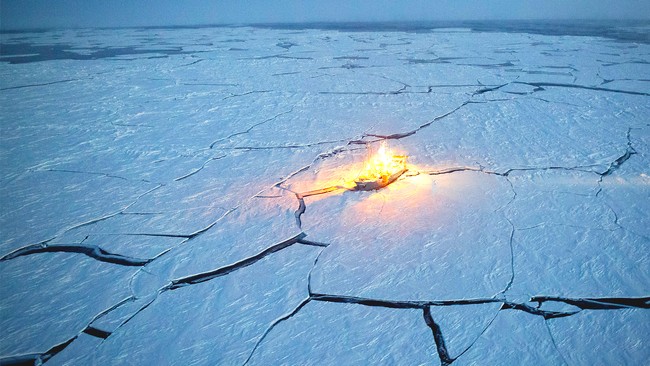 The latest Instagram update on Sunday showed a picture of the four men on their way to the Norwegian polar research ship, the Lance, which was due to pick them up.


The team has been reunited. We have made it to the Lance! . It has been a true honour to do this with @MikeHornExplorer. We have worked so hard, and stuck to our routines all the way and never gave up. On expedition with @MikeHornExplorer on our crossing of the Arctic via the North Pole Crossing 2019. Photos by @etienneclaret @Norrona @Helsport @DevoldofNorway @IceLegacyProject #NorthPole #BorgeOusland #Arctic #Explorers #Explore #IceLegacyProject #IceLegacy #DevoldPioneers #Helsport #Norrona
A post shared by Børge Ousland (@borgeousland) on Dec 8, 2019 at 8:47am PST

An earlier entry described how the two pairs had got closer and closer to each other until they spotted each other's headlamps in the distance and began shouting "cries of joy".

The men are now recuperating on the Lance, which will make its way out of the ice to the Pangaea, another ship which will collect them to bring them back to Svalbard, a Norwegian Arctic archipelago.

The Norwegian pair - Bengt Rotmo and Aleksander Gamme - set off on Tuesday, carrying food for the Horn-Ousland team.

Expedition organiser Lars Ebbesen, who was maintaining contact with both teams via satellite phone, told the BBC on Friday that the Horn-Ousland team did not want to be rescued by helicopter, but that they agreed to meet up with the Norwegian pair.

At that point, the wind was building up and they had little food.
If they had got trapped, they would not have had enough food to last. 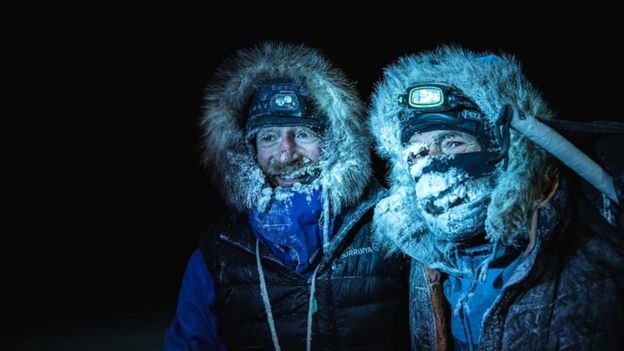 The pair faced many obstacles during their journey, including frostbite and extreme fatigue

The pair set off on 23 September and should have completed their trek in mid-November.
They spent weeks alone on the ice in the dark - in the Arctic winter, there is no daylight.
The pair faced many obstacles, including fluctuating temperatures on the ice - from -40C to +2C (35F), a sign of climate change, according to Horn.

Sometimes at night, when they were camping, the drifting ice moved them backwards, adding to the distance they had to cover.
Thinner polar ice than normal also added to the risks and slowed them down.

At one point, Horn fell into the icy water resulting in frostbite to his hands and nose.
The pair had lost a lot of weight, and were feeling weak and tired by the end of the journey, he said.

A key aim of the expedition was to collect data on the Arctic ice melt, which scientists attribute to global warming.

The journey began on the Alaskan side of the North Pole and was due to end in Svalbard. 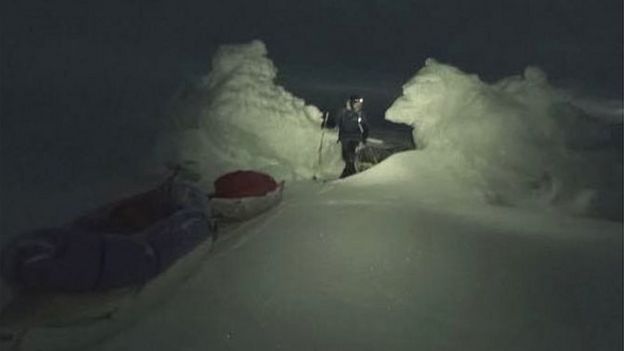 Mike Horn, 53, became famous after completing a solo journey around the equator without motorised transport in 1999-2000.


In 2004, he completed a two-year solo circumnavigation of the Arctic Circle, and in 2006, along with Borge Ousland, became the first man to travel without dog or motorised transport to the North Pole during winter, in permanent darkness, according to his website.