The date was 25 July 1946.
The location - Bikini Atoll.
The event - only the fifth A-bomb explosion and the first-ever detonation under water.

The pictures we've all seen: A giant mushroom cloud climbing out of the Pacific, sweeping up ships that had been deliberately left in harm's way to see what nuclear war was capable of. 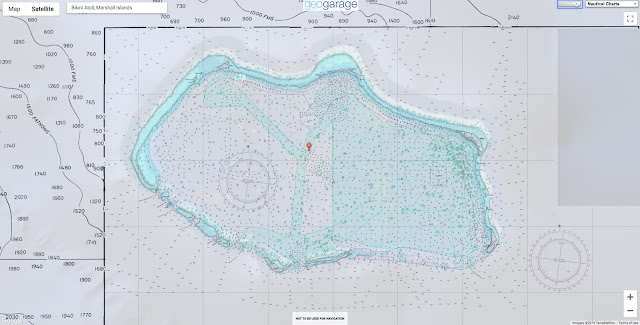 Now, 73 years later, scientists have been back to map the seafloor.
A crater is still present; so too the twisted remains of all those vessels.

"Bikini was chosen because of its idyllic remoteness and its large, easily accessible lagoon," explains survey team-leader Art Trembanis from the University of Delaware.
"At the time, [the famous American comedian] Bob Hope quipped, 'as soon as the war ended, we found the one spot on Earth that had been untouched by the war and blew it to hell'."

Two American tests, Able and Baker, were conducted at the atoll in what became known as Operation Crossroads.
The Baker device, called Helen of Bikini, was a 21-kiloton bomb and was placed 27m below the surface of the Pacific. 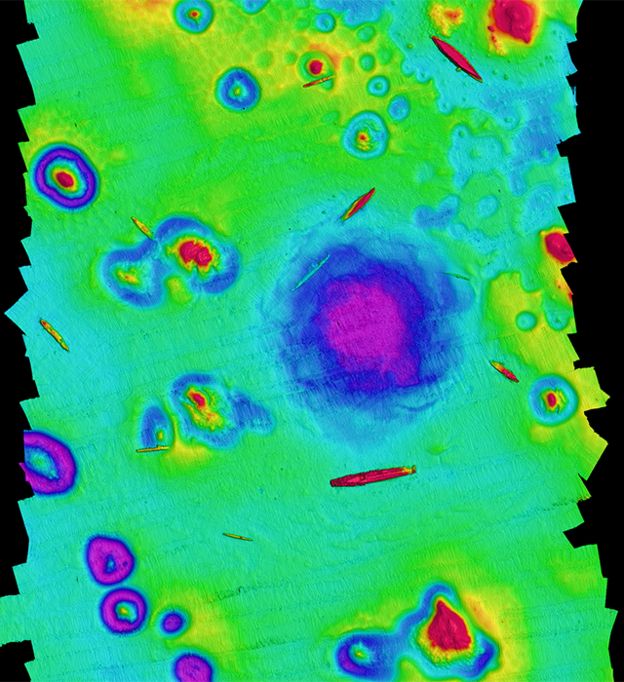 A depth map of the site. Sunken warships litter the seafloor around the crater
CSHEL University of Delaware

The explosion hurled two million tonnes of water, sand and pulverised coral high into the sky.

Despite the extraordinary energy release, Dr Trembanis thought much of the scarred seafloor would have been covered over with sediment by now.

Instead, his interdisciplinary team of oceanographers, geologists, marine archaeologists and engineers found a well-defined depression.
Using sonar, they mapped a structure that is 800m across with about 10m of relief. "It seems as if Captain Marvel herself has punched the planet and put a dent into it," Dr Trembanis told reporters here at the American Geophysical Union meeting where he is presenting the team's investigations.
"We wanted to draw back the curtain and be able to really reveal this scene," he told BBC News.
"It really wasn't until the late '80s, early '90s, when divers could get into the area.
And at that time, they could only take a limited look at a few different wrecks.
"We were using advanced sonar technology; we could paint the entire scene.
It's a bit like visiting the Grand Canyon with a flashlight versus going in the middle of the day and illuminating the whole area.
"We could start to see the arrangement of the ships; we could see how they were aligned relative to each other; and we could see that this crater still remains - nature is still showing us this wound that it received from the bomb." 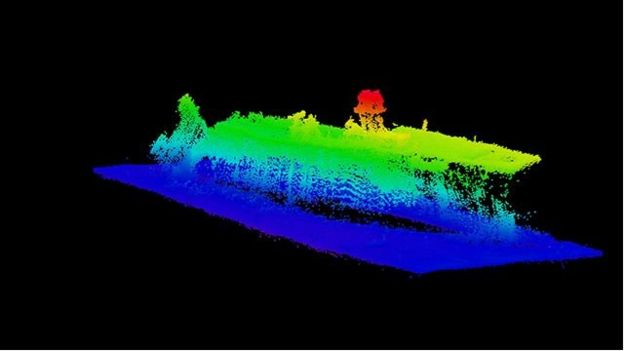 The rear of the carrier USS Saratoga is in the stages of collapse
Image : Dr Arthur Trmbanis

Remarkably, the crater has a rippled structure that looks a bit like rose petals.
It's evidence of all that material initially thrown into the sky then falling back down through the water column and spreading out across the seafloor.

Part of the motivation for the survey was to understand the continuing environmental impacts better.
Although radiation levels are much reduced, there is an ongoing pollution problem coming from the sacrificial ships.

These vessels - old units from the US, Japanese and German navies - were not prepared with the expectation that they would become artificial reefs.
If that was the intention, they would have been stripped down. 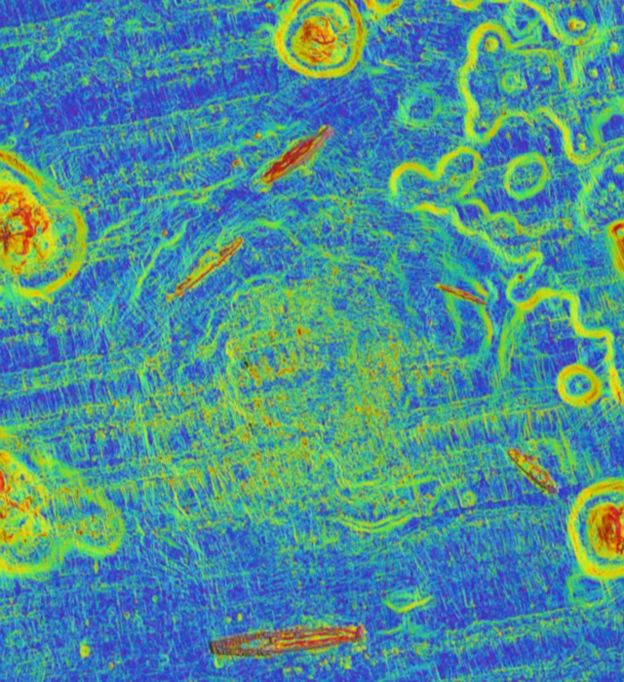 Instead, the war-game scenario demanded that they should be left in position as if operational.
That meant they were fuelled and even had munitions aboard.

"As we were mapping, I could know without looking up when we were near the [US aircraft carrier] Saratoga, because we could smell the bunker fuel; it was so heavy and is still streaking out.
"The Nagato - which was the Japanese flagship that [Admiral Isoroku] Yamamoto used to plan the attack on Pearl Harbor - had a streak of fuel coming out from it for many miles."

As the ships continue to disintegrate in the water, this pollution could become a much bigger problem, Dr Trembanis said. 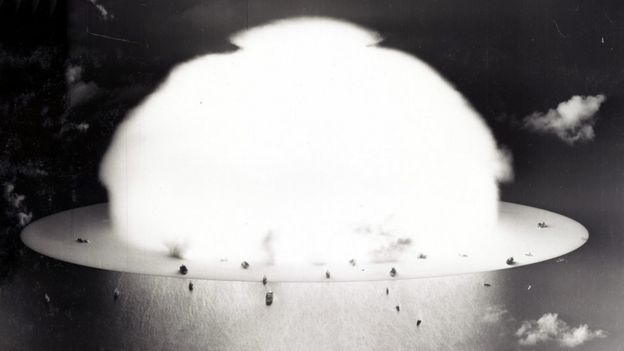