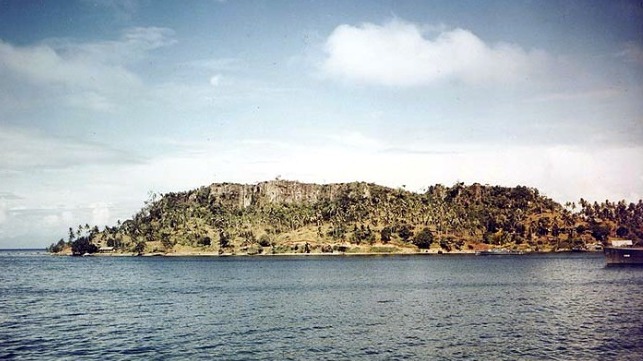 From The Strategist by Alan Tidwell

The New York Times reported on 16 October that the People’s Republic of China had leased the island of Tulagi from Solomon Islands.
A secret deal was apparently struck in September, no doubt around the time Prime Minister Manasseh Sogavare ascended to his leadership role and Solomon Islands announced its switch from recognising Taipei to Beijing. 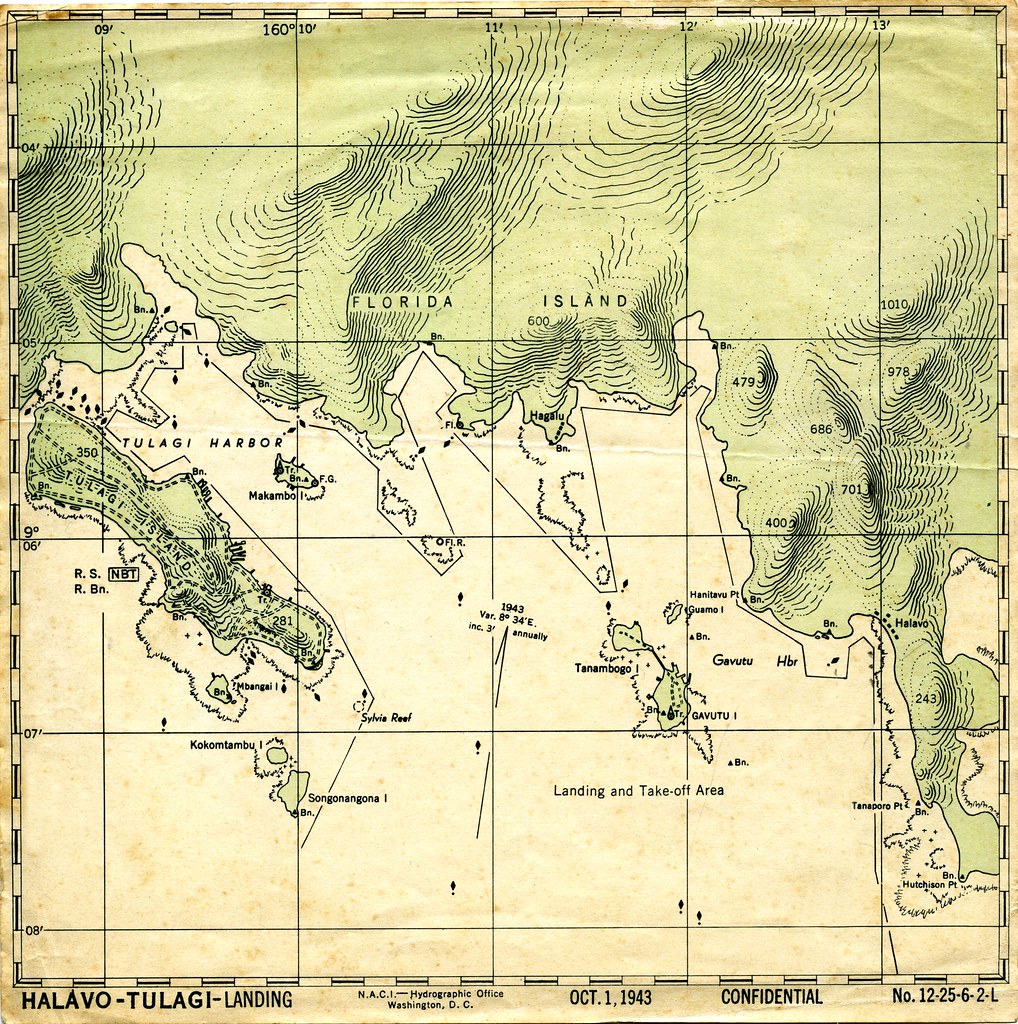 Tulagi is remembered mostly as the place where the pivotal Allied campaign for Guadalcanal started in World War II.
With the leasing of the island, we may well have a shift in the strategic competition in the Pacific. 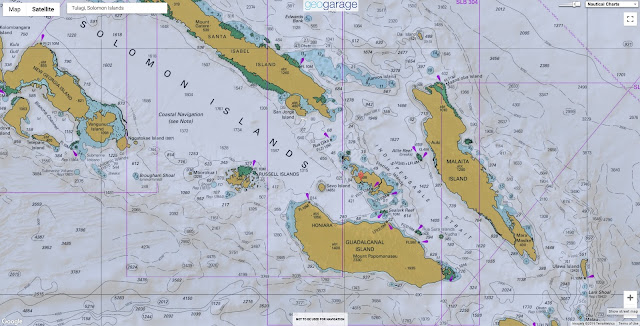 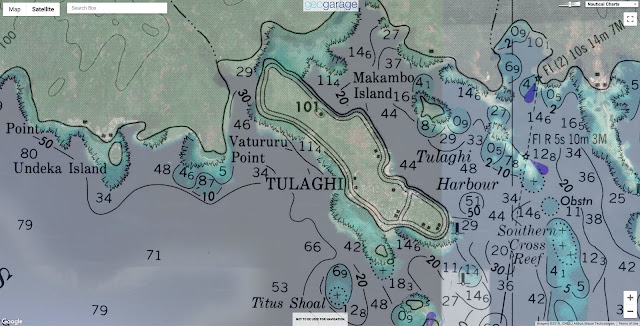 Long-term access to Tulagi will provide Beijing with a base for commercial or military activity.
For example, it may make managing regional Chinese fishing fleets easier.
Fishing, however, is the least of the worries for the West.
How long will it be before Tulagi begins to take on features like those found on the faux-island bases in the South China Sea?
Will China build an airfield on Tulagi?
China’s J-10 fighter aircraft could use Tulagi, as they’ve done in the Paracel Islands, which arguably brings the coast of Queensland into range. (It’s worth noting, though, that while a J-10 could reach the Queensland coast, it wouldn’t have any time on target without refuelling.)

Tulagi also extends Beijing’s political influence.
Cementing Chinese operations there could give China far greater reach in Solomon Islands and the Southwest Pacific.
If Beijing manages the leasing agreement well, it will serve as a proof of concept for other Pacific island countries.
Leasing an island may become financially very attractive to Pacific island elites.
If that’s the case, then Tulagi is the thin end of the wedge.
How long will be it before Chuuk in the Federated States of Micronesia votes for independence and pursues a similar leasing arrangement?

The Chinese interest in Solomon Islands has been noteworthy in recent months.
Beijing appears to have promised $500 million in aid to Solomon Islands.
In addition, the Taiwan News reported on September 20 that the China Railway Group had agreed to build and lease a railway system to service the Gold Ridge Mine on Guadalcanal through an $825 million loan.
The mine had been closed due to a damaged tailings dam, but appears to slated for reopening.
Lyle Goldstein of the China Maritime Studies Institute at the United States Naval War College has discussed China’s military interest in Solomon Islands.
He writes in The National Interest that the People’s Liberation Army Navy magazine, Navy Today, carried a detailed analysis of the Guadalcanal campaign in its December 2017 issue.
It wouldn’t be a stretch to say that Beijing is well aware of the strategic importance of the Solomons.

As an indication of how Beijing sees its efforts in the Pacific, Xinhua, the official news agency of the Chinese Communist Party, published an editorial titled "The future is bright for China, Pacific island countries."
The author proclaimed, "China’s relations with the Pacific island countries, based on mutual benefit and a balance of righteousness and interests, are at their best time in history."
The establishment of diplomatic relations between Beijing and Honiara has been singled out as part of China’s self-declared success in the Pacific.
Leasing Tulagi is also part of the historical high point proclaimed by Beijing.

A senior State Department official told me that the US would rely on domestic opinion in the Solomons to push back against the Chinese.
In a Western democracy, that might seem a plausible wish, but in Solomon Islands things are bit messier.
Island, ethnic and wantok relationships will play out in the Tulagi story in ways that Washington may not adequately understand or appreciate.
Political leaders in Honiara and Beijing might want one thing, but others in Solomon Islands may have another idea.

On October 24, the New York Times reported that the Solomon Islands attorney-general indicated that the Tulagi leasing agreement had problems, which presumably can be fixed.
These technical challenges by no means preclude an agreement.
Assuming the deal goes ahead, it’s unclear what chiefs in the Central Province of Solomon Islands will do.
With enough financial incentive, they may acquiesce; on the other hand, they could opt for independence.
The Bougainville referendum on independence could serve as an additional trigger.
Or, they may simply opt for civil action. Would the West support independence?

Given Australia’s huge investment in RAMSI, it’s hard to believe that Canberra would be happy.
Local protests against Chinese island leasing are one thing, but how far will the West go in supporting and equipping those protests?
Will it provide financial assistance or training in community organising and protest?
What if tensions between pro-Chinese and anti-Chinese groups in Solomon Islands escalate?
Again, how far will the West go?
In the unlikely event of armed opposition, will it provide military training and arms?

The leasing of Tulagi should serve as a wake-up call for the ANZUS+J countries (Australia, New Zealand, the United States and Japan).
China has several strengths that are difficult to counter.
Those strengths start with the fact that China is a single actor, whereas ANZUS+J is a coalition and therefore far less efficient.
China uses economic engagement in a way that’s very attractive to Pacific island elites, whereas the West’s economic muscle is far more diffuse and slower to materialise in the islands.
China’s use of a diaspora is a policy tool unavailable to ANZUS+J.
Policies in place today may be too meek to adequately counter Chinese efforts.

There are things the Western states can do.
First, diplomats should be better trained in understanding the Pacific islands.
Building institutional capacity is an absolute necessity.
Australia is well positioned to help with capacity building for ANZUS+J diplomats.

A second step would be to rethink the ways in which states engage with the islands.
Development agencies are central to this engagement, but the development perspective alone falls short in addressing the strategic importance of the islands.
ANZUS+J countries should maintain their expanded development spending, while at the same time thinking more broadly about how they work in the region.
The essential criterion for assessing ANZUS+J work in the Pacific should be effectiveness, not dollars spent.

Tulagi was the capital of the British Solomon Islands Protectorate between 1897 and 1942.
The British withdrawal from the island during the Pacific War, its capture by the Japanese and the American reconquest left the island’s facilities damaged beyond repair.
After the war, Britain moved the capital to the American military base on Guadalcanal, which became Honiara.
The Tulagi settlement was an enclave of several small islands, the permanent population of which was never more than 600: 300 foreigners—one-third of European origin and most of the remainder Chinese—and an equivalent number of Solomon Islanders.
Thousands of Solomon Islander males also passed through on their way to work on plantations and as boat crews, hospital patients and prisoners.
The history of the Tulagi enclave provides an understanding of the origins of modern Solomon Islands.
Tulagi was also a significant outpost of the British Empire in the Pacific, which enables a close analysis of race, sex and class and the process of British colonisation and government in the late nineteenth and early twentieth centuries.

A third requirement is to profoundly deepen people-to-people engagement in the Pacific.
The utility of bringing people from the Pacific along with those from ANZUS+J countries cannot be overstated.
Having contacts and relationships on the ground throughout the islands plays a vital role in understanding events.
Track two diplomatic efforts can also help build deeper connections.
In addition, the West should engage with churches through the lens of both people-to-people engagement and institution building.
Greater understanding between peoples should be viewed as the West’s competitive advantage, one unlikely to be matched by the CCP.

A final area for improvement has to do with consultation and coordination.
Japan has now deployed a diplomat to Washington who is responsible for managing Pacific island issues.
To be effective, however, Japan needs to embrace the strategic importance of the islands with greater seriousness.
Australia has had a diplomat in Washington with responsibility for the islands for some time now.
He has been a strong and constructive voice.
These developments are good, but they need to be expanded to be effective.

The campaign that began at Tulagi has long been regarded as the turning point for the Allies in the Pacific during World War II.
The island is again a turning point, but maybe not in ways we would welcome.