The Ocean Cleanup develops technology to rid the world's oceans of plastic.
To do so, we need to not only clean up the plastic that is currently there, but also stop new plastic from entering the ocean via rivers.
In order to clean the world's 1000 most polluting rivers, we build the Interceptor™.
And here's how it works.

From The Business Insider by Aria Bendix

At age 19, entrepreneur Boyan Slat founded The Ocean Cleanup, a nonprofit that aims to rid the oceans of harmful plastic.
The organization created a device that's capturing plastic in the Great Pacific Garbage Patch, a trash-filled vortex in the Pacific Ocean. The Ocean Cleanup nonprofit aims to deploy "The Interceptor" in 1,000 rivers responsible for 80% of plastic entering oceans.
It should use natural currents to collect plastic, while allowing animals and ships to pass.
But that device doesn't stop plastic from entering the ocean in the first place.
So The Ocean Cleanup designed a new vessel that collects plastic from rivers, then deposits the waste into floating dumpsters.
The organization hopes to clean 1,000 rivers that contribute to around 80% of the ocean's plastic before the end of 2025.

Around 8.8 million tons of plastic enter the world's oceans each year — the equivalent of a truckload of garbage every minute.
Over time, this trash can accumulate in offshore garbage patches and linger there for decades. 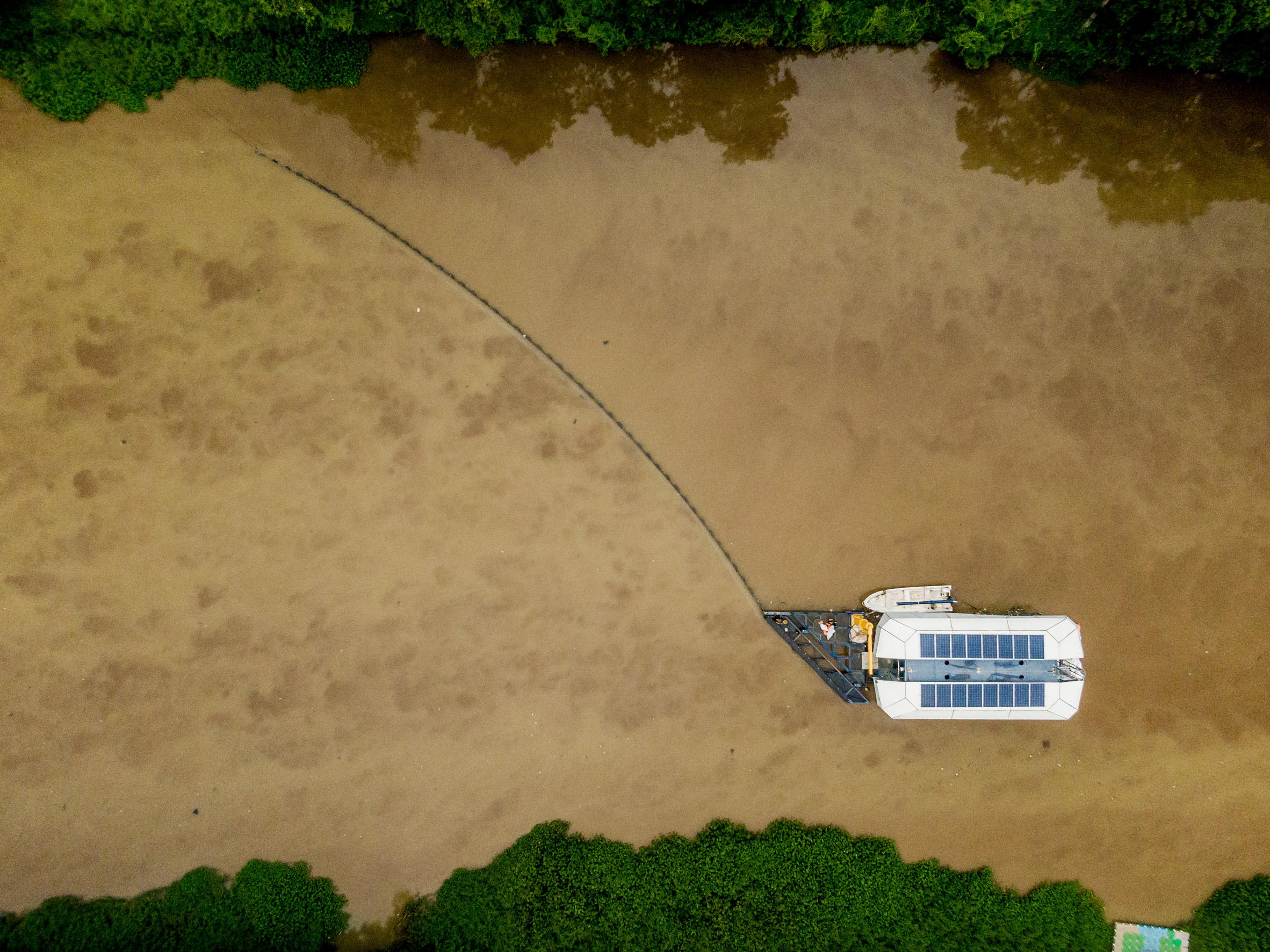 The largest of these vortexes, the Great Pacific Garbage Patch, is located in Pacific Ocean between Hawaii and California.
It's estimated to contain more than 1.8 trillion pieces of floating plastic — the equivalent of 250 pieces of debris for every person on Earth.

For the last six years, a nonprofit called The Ocean Cleanup has been developing a system to passively collect plastic from the garbage patch using the ocean's current.
The product of those efforts — a floating, U-shaped device that traps plastic in its fold like a giant arm — has finally been working as planned for the last month.

But even that success doesn't stop any new plastic from entering the ocean.

To address that problem, The Ocean Cleanup recently designed a new device called "The Interceptor." It's essentially a catamaran that glides across the surface of rivers, channeling plastic toward a conveyor belt.
The trash then gets deposited into attached dumpsters.

Since most marine plastic comes from rivers, the vessel could help address the waste problem before it reaches an ocean garbage patch. 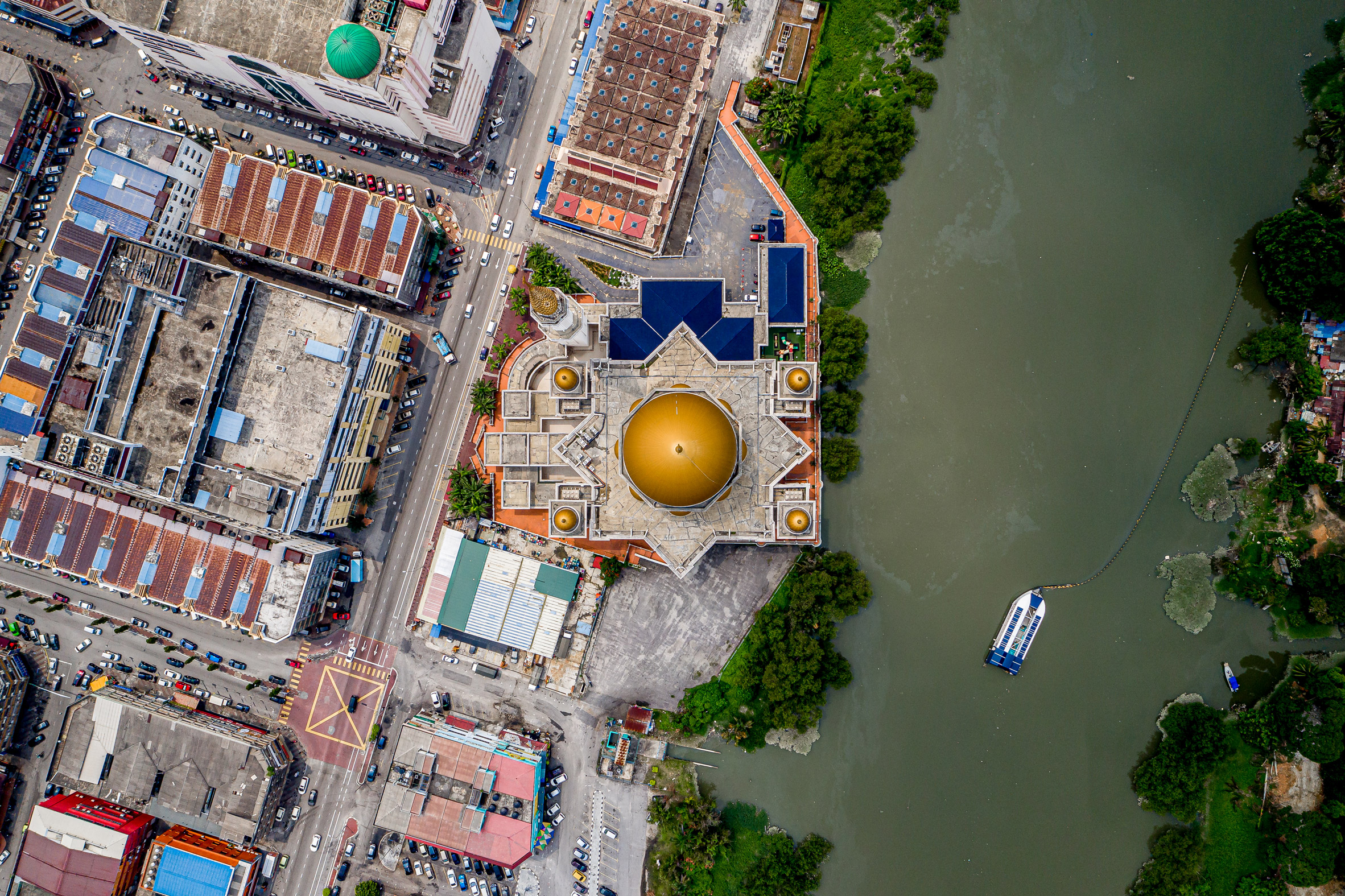 The second prototype of the Interceptor in Malaysia.

The organization's 25-year-old founder, Boyan Slat, unveiled the new device at an event in the Netherlands on October 26.

The Ocean Cleanup estimates that 1,000 rivers — around 1% of the global total — carry roughly 80% of the plastic that winds up in the ocean out to sea.
The rivers responsible for the most marine pollution, they found, are small waterways in urban areas.

So the organization created the Interceptor to collect plastic from these rivers.

The vessel moves with the water's current, so it doesn't need to be towed.
Plastic on the water's surface gets pushed by the current toward a conveyor belt, then funneled into six dumpsters on a separate barge that floats underneath the vessel.

When the dumpsters get full, the system sends a message to operators on land.
The operators can then dispatch a boat to tow the barge (and the plastic waste) to shore.
The Ocean Cleanup estimates that one Interceptor can remove around 110 tons of plastic per day.

The device's lights, sensors, and conveyor belt are 100% solar-powered. 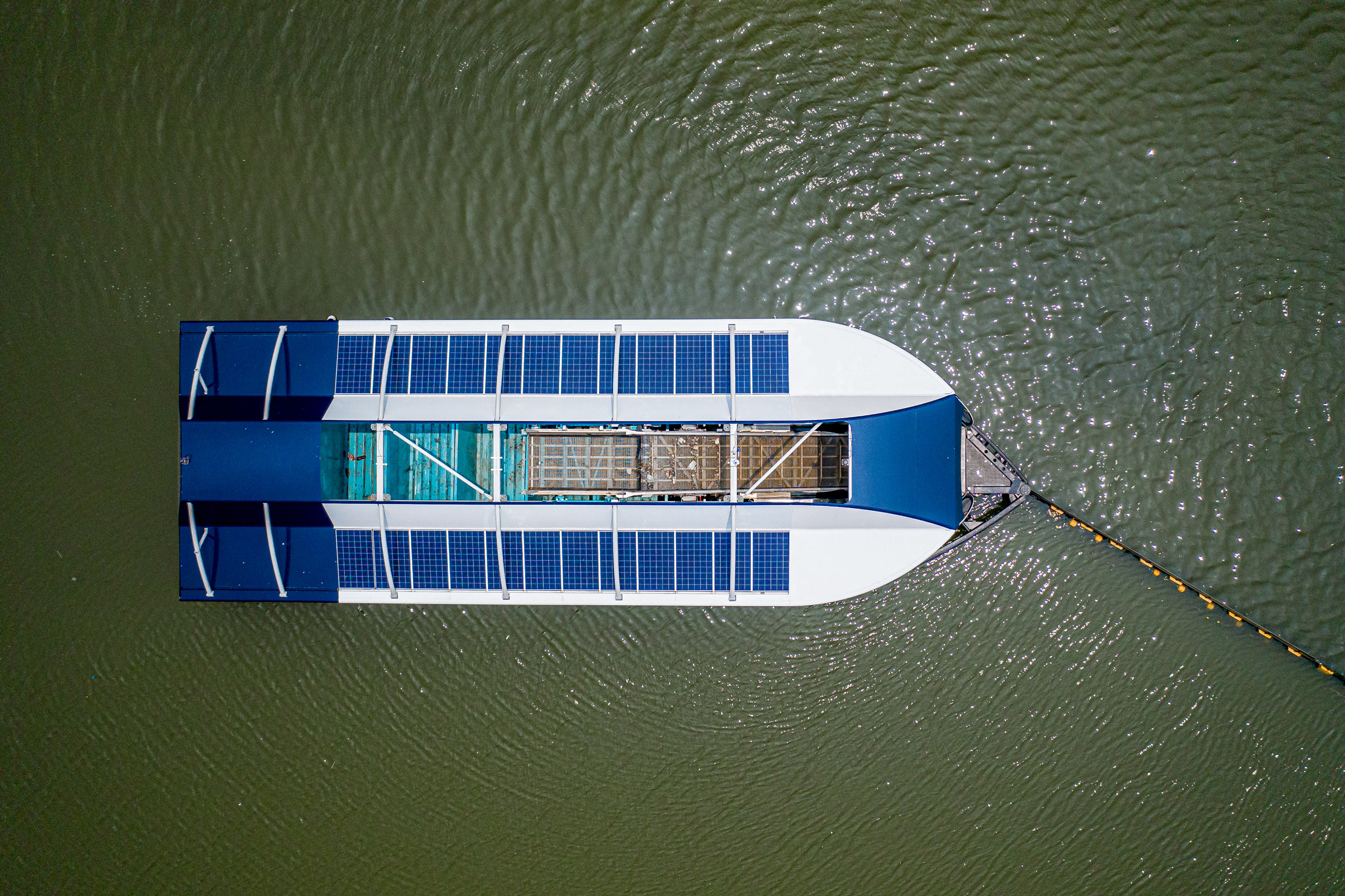 An aerial view of the Interceptor shows the floating barge with six dumpsters.

The Interceptor is designed to operate in almost any river, but it can be tailored to suit different types of conditions.
For example, some rivers have a concentrated path of debris, so the conveyor belt can simply take in the trash that flows toward the vessel; in other cases, a guardrail can channel plastic toward the vessel's mouth. 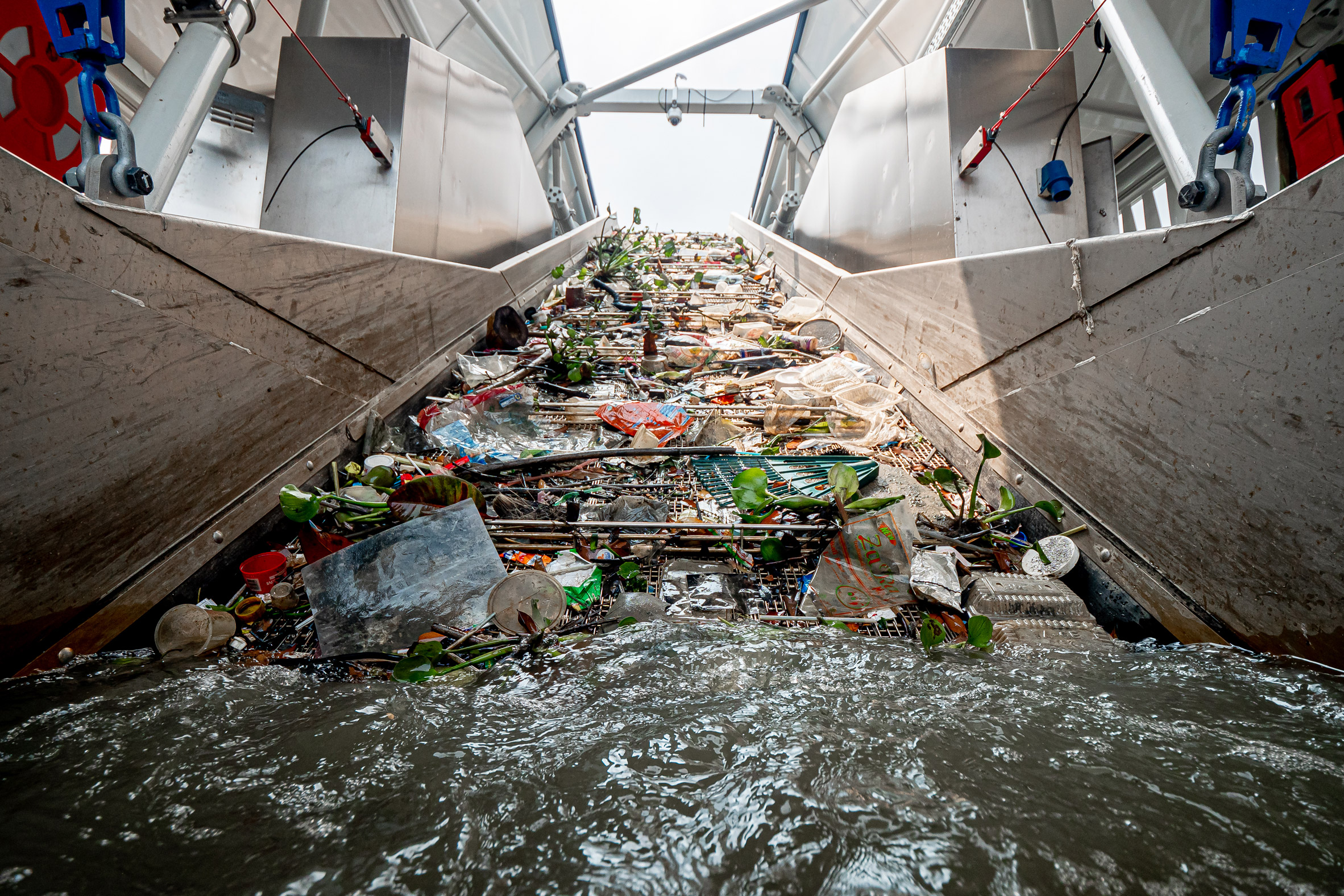 Two vessels are already operating in Malaysia and Indonesia

The Ocean Cleanup has so far built four prototypes of the Interceptor and deployed two of them.

The first prototype was dispatched in the Cengkareng Drain, a river that runs through Jakarta, Indonesia.
It includes a guardrail to funnel plastic toward the conveyor belt.
Instead of depositing trash into dumpsters, the belt dumps waste into giant garbage bags that are then towed to shore.

The second prototype was dispatched in the Klang River in Malaysia.
The waterway abuts Port Klang — a well known dumping ground for plastic waste.
On that vessel, the conveyor belts sends plastic directly into dumpsters on the floating barge.

The organization plans to deploy one of the remaining prototypes in Vietnam's Mekong Delta, and the other in a river in Santo Domingo, the capital of the Dominican Republic.

By the end of 2025, The Ocean Cleanup hopes to deploy their vessel in the 1,000 rivers worldwide that send the most plastic pollution into the ocean.