Scientists bid farewell to the first Icelandic glacier lost to climate change. If more melt, it can be disastrous 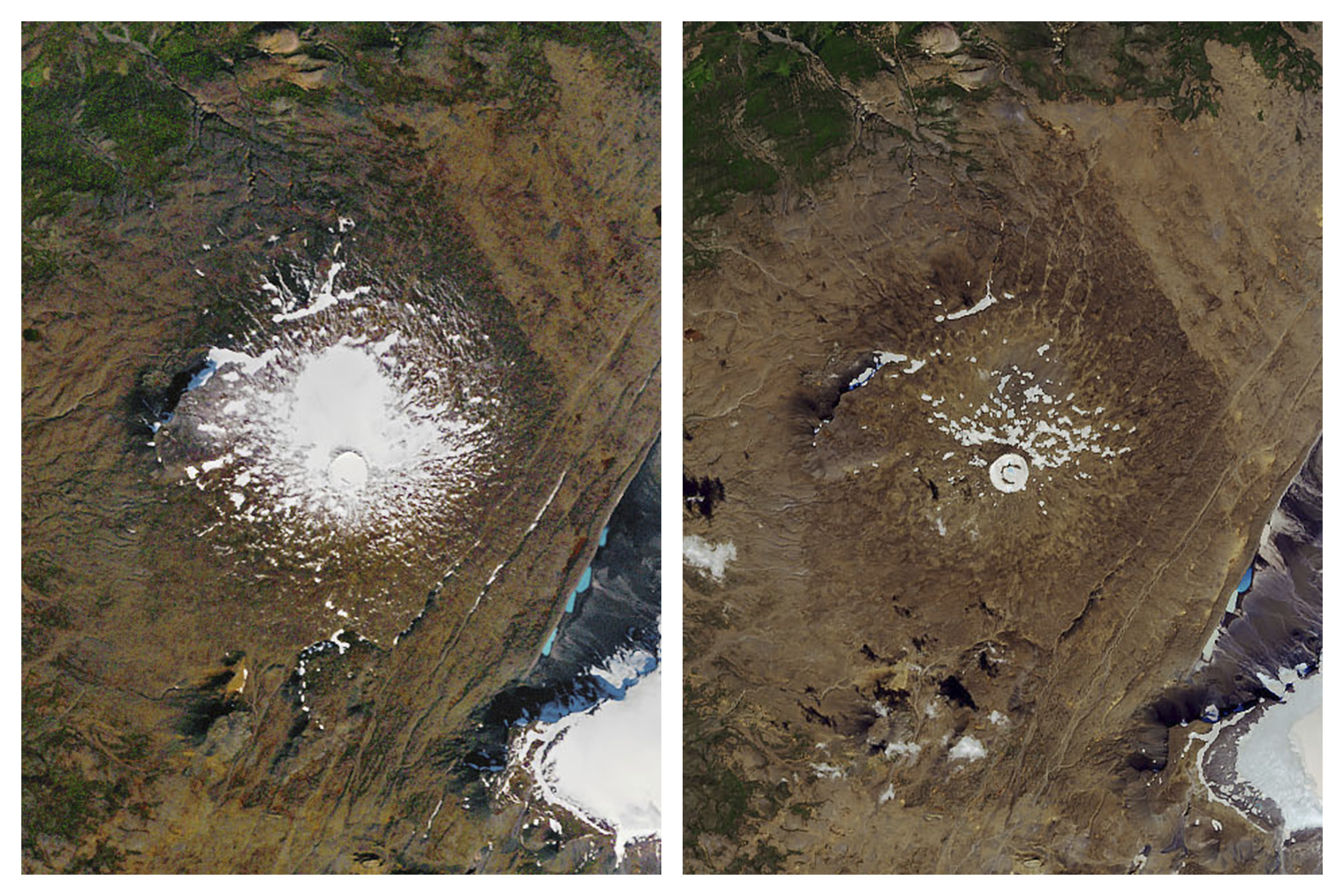 Satellite images from September 1986 (left) and Aug. 1
show the shrinking of the Okjökull glacier in west-central Iceland.

From CNN by Harmeet Kaur
Scientists say they are bidding farewell to Okjökull, the first Icelandic glacier lost to climate change, in a funeral of sorts. 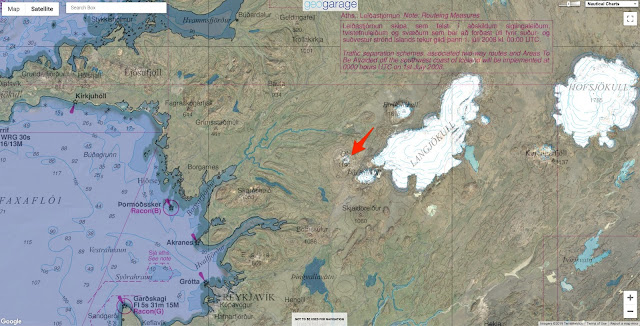 Researchers will gather Sunday in Borgarfjörður, Iceland, to memorialize Okjökull, known as Ok for short, after it lost its status as a glacier in 2014.
The inscription, titled "A letter to the future," on the monument paints a bleak picture.
"Ok is the first Icelandic glacier to lose its status as a glacier. In the next 200 years, all our glaciers are expected to follow the same path. This monument is to acknowledge that we know what is happening and know what needs to be done. Only you know if we did it," the plaque reads in English and Icelandic. 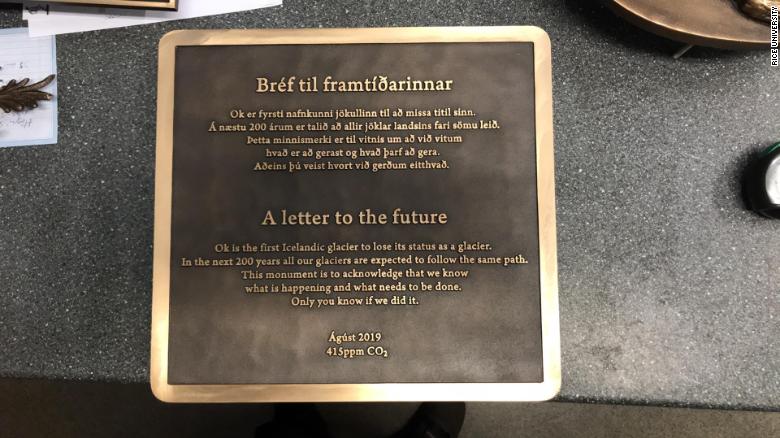 From the ice sheet in Greenland to the towering glaciers in West Antarctica, Earth's enormous masses of ice are melting fast. And though sea levels have risen and fallen throughout history, scientists say it's never happened at a rate this fast.
If glaciers continue to melt at the current rapid rate, it will pose a number of hazards for the planet, geologists say.

Here are some of the potential hazards:

It can displace people 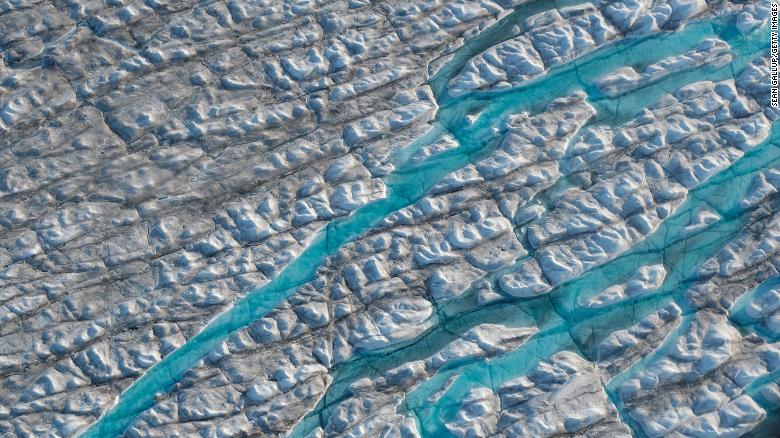 By 2100, up to 2 billion people -- or about a fifth of the world's population -- could be displaced from their homes and forced to move inland because of rising ocean levels, according to a 2017 study.
Bangladesh is particularly at risk.
About 15 million people in the country could become climate refugees if sea levels rise 1 meter, or about 3 feet. And more than 10% of the country would be underwater.
Some of the people who are displaced might not have anywhere to go.
They're not protected by international laws, so industrialized countries aren't legally obligated to grant them asylum.

It can put some islands underwater 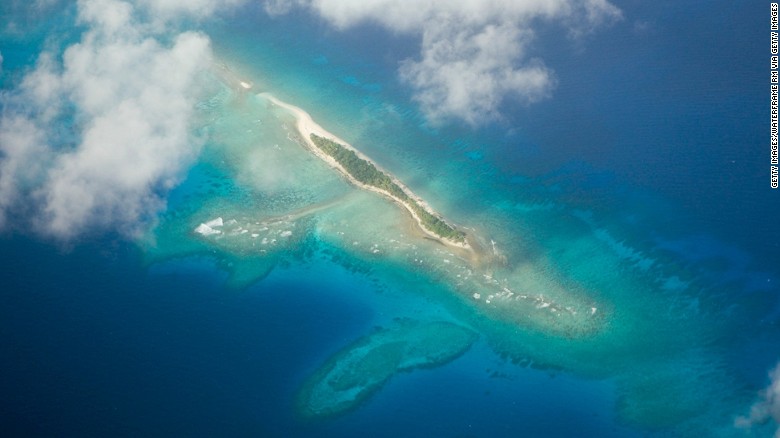 It can diminish drinking water 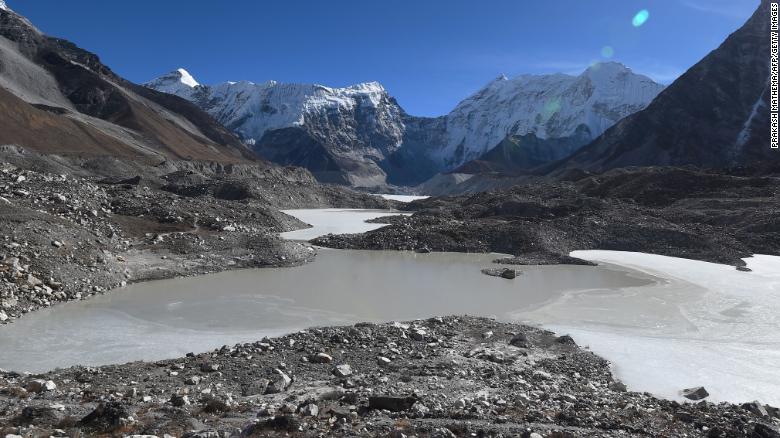 The Imja glacial lake in the Himalaya.

Millions of people depend on glaciers for drinking water, particularly in the Hindu Kush Himalayan region and the Andes Mountains.
In dry climates near mountains, glaciers collect precipitation and freshwater and store it as ice during colder months. When summer comes along, the ice melts and runs off into rivers and streams, providing drinking water.
A world without glaciers would threaten that water supply and potentially have devastating effects, Jason Briner, a geologist at the University of Buffalo, told CNN.

It can threaten our food supply 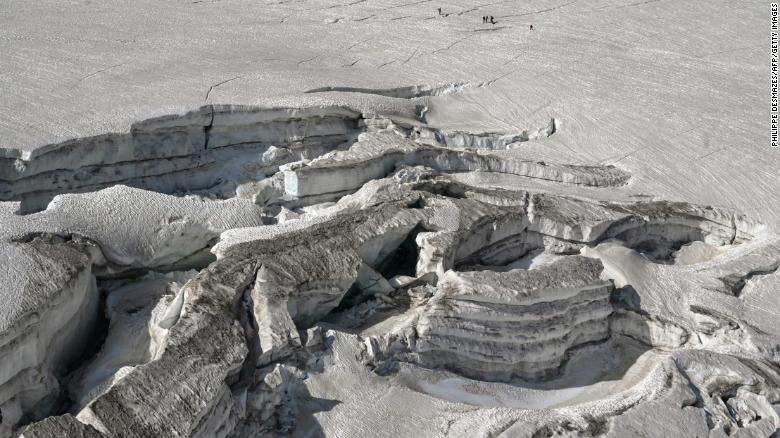 The Géant Glacier in eastern France.

Melting glaciers also threaten the food supply.
Rising sea levels contribute to warmer global temperatures, changing what kinds of crops farmers can grow. Some climates will become too hot for what farmers are growing now.
Other climates will see more flooding, more snow or more moisture in the air, also limiting what can be grown.
As a result, food will become scarcer, grocery prices will spike and crops will lose their nutritional value, as the UN Intergovernmental Panel on Climate Change noted in a report earlier this year.

It can cause a health crisis 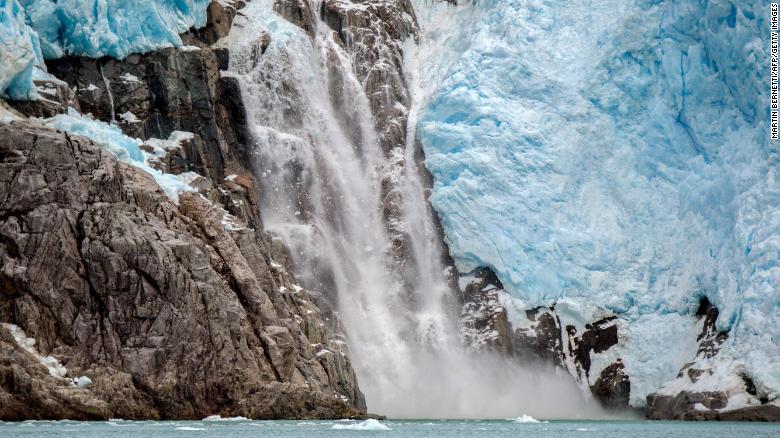 As sea levels rise, coastal communities are more susceptible to flooding.
One particularly gross consequence of that flooding is the impact on sewage treatment plants, which are often built at low elevations close to the oceans.
Floods can cause massive amounts of untreated sewage to flow into rivers, streams, streets and even homes.
That pollutes sources of water, harms wildlife and helps spread diseases.
"A lot of times when people think about sea level rise, they think about inundation of land," Andrea Dutton, geology professor at the University of Florida, told CNN.

"They think that 'If my house isn't in the area that's flooded, I don't need to worry about it,' which is a complete misconception."

It can disrupt the global economy 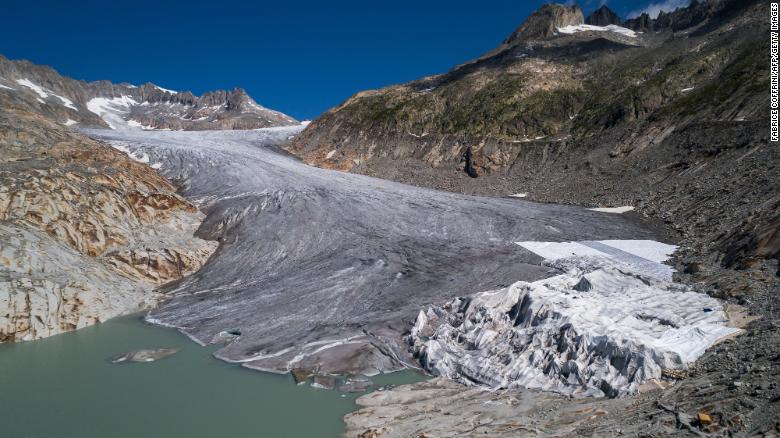 The Rhône Glacier in Switzerland.

More than 90 percent of the world's trade is carried by sea, according to the United Nations.
So, there's a good chance that most of the things you buy have passed through at least two ports: one during export and one during import.
Ports are critical to the global economy, providing jobs in industries like shipbuilding, fishing, seafood processing and marine transportation.

Rising sea levels could damage the infrastructure of many ports and disrupt all kinds of processes, creating a ripple effect throughout the economy.
"[Melting glaciers] will affect people's access to food, water and energy, which are fundamental, critical things that we need to survive," Dutton said.

It can change life as we know it 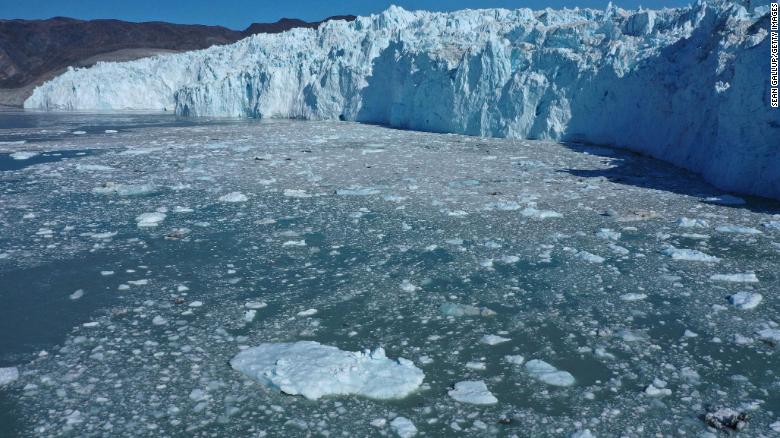 The large ice sheets in the Arctic and Antarctic are part of Earth's energy balance, Briner said.
Those massive white surfaces work to reflect rays from the sun back into the environment, keeping temperatures mild.
As more and more glaciers melt, energy from the sun will instead be absorbed into the ocean.
As the oceans get warmer, global temperatures become hotter and cause even more glaciers to melt.
That creates a cycle that amplifies the climate crisis, Briner said.
Links :