The next global tech disruption will happen where few expect it 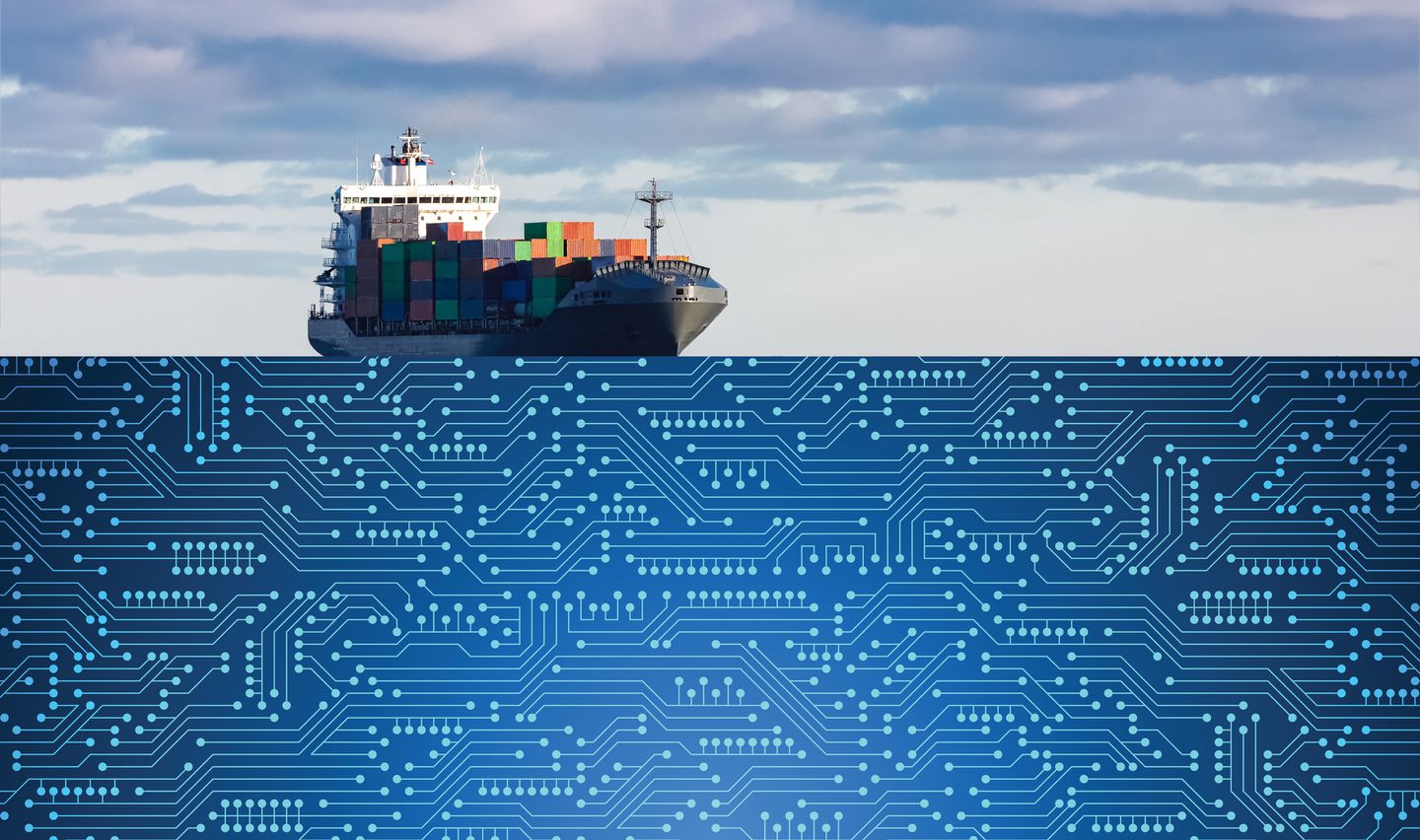 From BostonGlobe by Captain John A. Konrad V

The profound impact of shipping on modern life cannot be overstated.
Ninety percent of everything we own has spent some time on a container ship.
Consider your furniture, your clothes, your computer.
Likely all those things traveled across an ocean at some point in their lifecycle.
Pop your car’s hood and look at your engine.
Each component inside was likely shipped between multiple ports before being assembled, shipped again, and bolted inside.

According to the World Bank, no other industry has pulled more people out of poverty worldwide.
And if the world’s ships were to suddenly stop, billions of people would go hungry.
Yet most of us give very little thought to the 50,000 cargo ships at sea right now driving the global economy.
Likewise, the modern maritime industry, responsible for moving $9 trillion of goods around the oceans every year, has been mostly ignored by policy makers, innovators, and venture capitalists.

No doubt tech has largely avoided shipping because historically, the industry has been notoriously slow to adopt new technology.
Thousands of years of experience has convinced those who make their living at sea that if something fails, people die.
It’s easier to keep things the way they are than to tinker with new ideas.
And because shipping is slow to change, it will be the last major industry to undergo 21st century-style tech-driven disruption.
When tech finally does take hold, the global consequences will be unprecedented.

The sheer scale of modern cargo ships is astounding: The world’s biggest ships are hundreds of feet longer than the largest aircraft carrier; each one can ferry up to 23,000 containers across oceans.
That’s more than double the number of trucks crossing the world’s busiest bridge, New York’s George Washington Bridge, each day.
A single supertanker can carry over 42 million gallons of oil.
One of the largest bulk ships can carry over 300,000 tons of coal.

And one new algorithm or design tweak that makes sea-bound vessels just a fraction of a percent faster will vastly reduce carbon emissions and change the cost of things throughout the world.

But in our data-driven world, shipping lags far behind other industries.

Here are a few facts that might surprise you: Due to the lack of cargo and ship location information available, according to the insurance specialist Allianz, 46 large ships were lost in 2018 — that’s nearly one ship lost every week.
Just last month, the International Transport Workers Federation discovered 12 starving crew members on a ship off the coast of Tunisia.
(While the International Maritime Organization mandates that all large ships carry a satellite phone and GPS tracking device, companies can order captains to unplug the devices and no organization is tasked with finding ships that suddenly go dark.)
The crew had spent more than a year marooned on the ship, left to die by owners who refused to pay them or allow them to dock.

It may also surprise you to learn that at a time when you can track every mile of a package of Hanes boxer shorts as it travels from the Amazon warehouse to your door, we lack the technology to track a 40-foot-long shipping container carrying thousands of the same shorts from China to the US.

The World Shipping Council reported that an average of 1,582 shipping containers were lost every year between 2008 and 2016.
Some of these lost containers held cheap and harmless goods, but others concealed expensive and/or hazardous chemicals.
We only know where a handful of these overboard containers are located, and hundreds more are lost on land each year.

On the high seas, huge, unmonitored ships and underfunded coast guards conspire to destroy our oceans.
Each lost ship and container leaks pollutants into the ocean, but without a standardized way to collect information, we don’t know the specific chemicals, plastics, and hazardous materials dumped into our waters each year.

Last January, an oil tanker carrying one million barrels of toxic light oil condensate crashed into another ship causing a large oil spill.
Days later, officials at the Global Fishing Watch (GFW), a project funded by Google to track fishing vessels, found large trawlers pulling fish out of the toxic water; they continued to fish knowing that buyers had no way of knowing that the food was tainted.

Because US Customs lacks the tools to view the history of where a shipping container was loaded, drug cartels have been emboldened.
A few days ago, $1 billion worth of cocaine — 17 tons — was discovered aboard a ship docked in Philadelphia.

Even the largest and most visible ships are difficult to monitor once they’re at sea.
Just last month, Princess Cruises acknowledged violating probation terms from a 2016 dumping case.
According to filings with the Justice Department, operators of the 951-foot-long, 3,142-passenger ship Caribbean Princess dumped plastic into the ocean, falsified records, and dispatched cleanup teams ahead of inspectors to avoid environmental violations.

Lack of tracking tech has hampered our military as well: In the summer of 2017, the USS Fitzgerald hit a giant container ship, killing seven sailors.
Nine weeks later, the USS McCain crashed into a commercial ship killing 10 sailors off the coast of Singapore.
Despite boasting the world’s most advanced radar systems and many safeguards aboard, these warships failed to identify and avoid the huge and slow-moving commercial ships.

Even more troubling is the fact that the Navy can’t effectively monitor its own ships.
The McCain’s crew didn’t even know their ship was sinking until the ship got close enough to shore for a crew member to call the mayday in on his cell phone.

These are just a few of the chronic problems facing the maritime industry which technology could potentially solve.

But people are starting to pay attention.
On June 20, Connecticut-based maritime publisher Marine Money hosted its first ever pitch day in the United States.
Marine Money chairman Jim Lawrence acknowledged in his opening remarks that the field is so new they didn’t even know what to call it: “Financial technologies are called Fintech, Medical Technologies are Medtech, but what do we call technology for shipping? Some say it should be Bluetech, others Shiptech, or Martech for maritime technology. Nobody can agree on even the name.”

One of the most promising startups presenting at the forum is built on a simple idea: If one could know what is being shipped, and where, on a global scale, one could potentially predict major market shifts before they occur. This video (click on the picture to launch it) shows the movements of commercial ships larger than 10,000 dead weight tons in 2018.
One second of the video equals four minutes of actual time; the entire year unfolding over 36 minutes.
The “tail” of the ship represents the distance it sailed over the previous 24 hours.
Boston-based CargoMetrics is using Amazon’s high-performance computing network to do just that: consolidate and crunch all available shipping data — GPS, cargo manifests, and satellite tracking — to gain a global understanding of the movement of raw and finished goods in real time.
This big-data approach to trade could transform both shipping and markets.
CargoMetrics’s tools offer an unprecedented level of freight-pricing transparency to shipping companies, many of which currently rely on a paper manifest system overseen by a few international brokerages and middle men.
Access to the big picture could help shippers find more fuel-efficient routes, which in turn could make an enormous impact on global emissions and freight pricing.
Founder Scott Borgerson is patenting various ways to understand the vast amounts of information CargoMetrics is collecting, and he’s turning to stakeholders to direct his inquiry.
Maersk Tankers, for example, uses CargoMetrics to overlay weather and performance data so that the company can reposition its tankers to respond to incidents, like the recent tanker explosions in the Persian Gulf.
Last year, the huge Danish shipping company installed rotor sails — large spinning cylinders that convert wind into energy to propel and power ships — on three of its tankers, and CargoMetrics will collect data to determine whether the company should invest further in the technology.
If CargoMetrics chose to, it could help identify distressed ships, like the one caught off the Tunisian coast, or help locate the dozens of ships lost each year.
These finer uses of supercomputing have yet to be explored.
As is often the case, profit comes before labor.

But Boston-based Shipin Systems is using tech to protect mariners.
The company develops visual tracking systems that it hopes will reduce accidents aboard ships by giving companies a way to monitor their staff and equipment at sea.
In the future, Shipin Systems’s monitoring might prevent a massive oil spill by sounding a warning if a crew member turns the wrong valve on a supertanker.
Monitoring could also help prevent collisions like the oil tanker and US Navy ship disasters cited above.

German startup Closelink is helping companies manage something else: their lubricants.
It may sound unglamorous.
But remember that ships are basically small cities which need to create electricity, manage sewage, pump water, and perform countless other tasks.
Each pump and every piece of machinery aboard needs some type of lubrication, so the savings could be considerable. 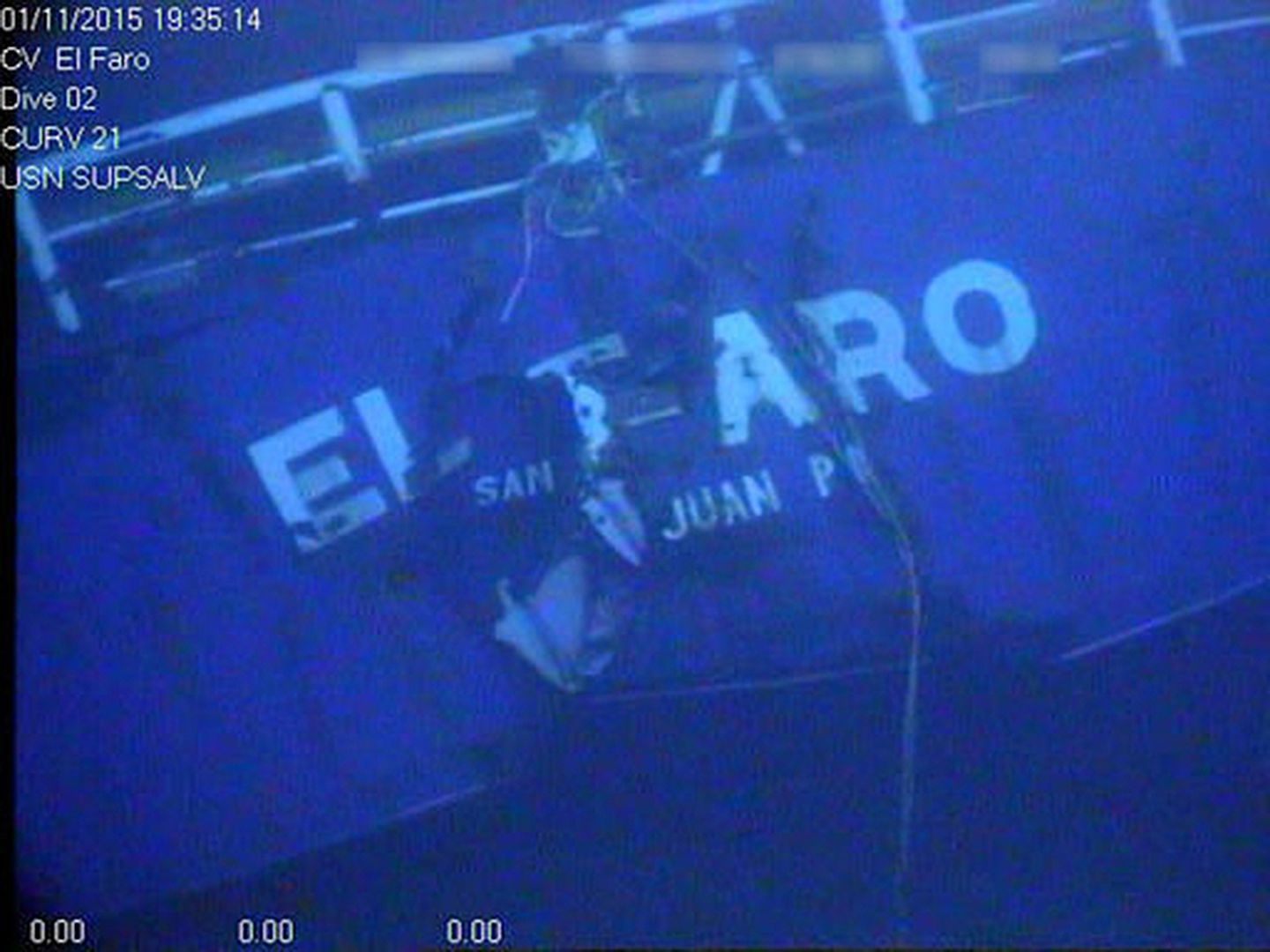 The use of Closelink could also save lives.
In October 2015, the American container ship El Faro lost propulsion in the midst of a hurricane because she had sailed from Jacksonville with dangerously low oil levels.
Thirty-three mariners died when the ship went down off the Bahamas.
This past March, the Viking Sky cruise ship, loaded with 1,373 passengers and crew, lost power in a storm due to low oil levels.
A daring helicopter rescue saved all aboard, but it was an expensive and elaborate operation.

And there’s a strong case that it could be in Boston.
With its rich maritime history on par with New York and San Francisco, Boston has a vibrant startup community and a solid foundation of venture capital.
Its robust network of maritime-based academic offerings include MIT’s prestigious Center for Ocean Engineering.
Many ship owners are graduates of Harvard Business School, including Secretary of Transportation Elaine Chao and her sister, Angela Chao, CEO of the shipping line Foremost Group.
Nearby Woods Hole is home to the preeminent school for oceanography.
The Mass Maritime Academy in Bourne trains professional mariners.
Also nearby: the Naval War College in Newport, Rhode Island, the Maine Maritime Academy in Castine, Maine, and the US Coast Guard Academy in New London, Connecticut.
The ship financing capital of the United States is Stamford, Connecticut.
With all this in mind, Boston’s first innovation hub dedicated to BlueTech startups, SeaAhead, was founded last year by Mark Huang, a veteran of cleantech venture capital funds.
The hub has already signed partnerships with shipping companies like the tugboat company Moran, marine science hubs including the New England Aquarium, academic institutions including Tufts, and several venture capital firms.
Boston’s most successful startup accelerator, MassChallenge, is getting in on maritime innovation, too.
We’ve seen myriad industries transformed by tech in the past two decades.
Keen observers will be able to watch this one unfold in real time.