The sea ice circling Antarctica has plunged from a record high to a record low in just three years according to a new report just released by the US space agency NASA.
The study calculates that after 2014 the region lost floating ice larger than the size of Mexico, leaving the scientists baffled

Plunge is far faster than in Arctic and may lead to more global heating, say scientists

The vast expanse of sea ice around Antarctica has suffered a “precipitous” fall since 2014, satellite data shows, and fell at a faster rate than seen in the Arctic.

The plunge in the average annual extent means Antarctica lost as much sea ice in four years as the Arctic lost in 34 years.
The cause of the sharp Antarctic losses is as yet unknown and only time will tell whether the ice recovers or continues to decline.

But researchers said it showed ice could disappear much more rapidly than previously thought.
Unlike the melting of ice sheets on land, sea ice melting does not raise sea level.
But losing bright white sea ice means the sun’s heat is instead absorbed by dark ocean waters, leading to a vicious circle of heating. 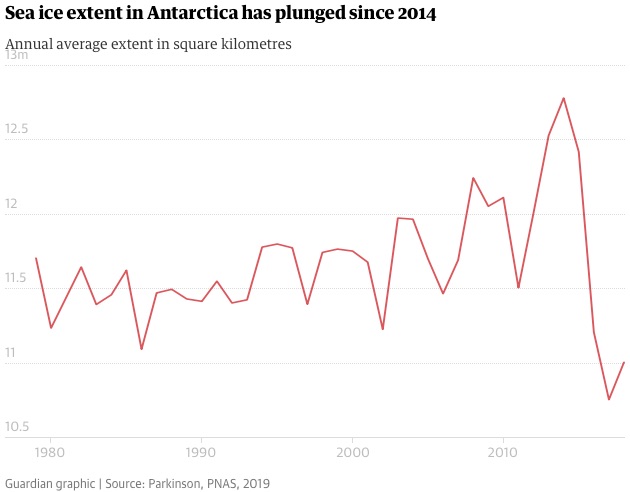 Sea ice spreads over enormous areas and has major impacts on the global climate system, with losses in the Arctic strongly linked to extreme weather at lower latitudes, such as heatwaves in Europe.

The loss of sea ice in the Arctic clearly tracks the rise in global air temperatures resulting from human-caused global heating, but the two poles are very different.
The Arctic is an ocean surrounded by continents and is exposed to warming air, while Antarctica is a freezing continent surrounded by oceans and is protected from warming air by a circle of strong winds.

Antarctic sea ice had been slowly increasing during the 40 years of measurements and reached a record maximum in 2014.
But since then sea ice extent has nosedived, reaching a record low in 2017. 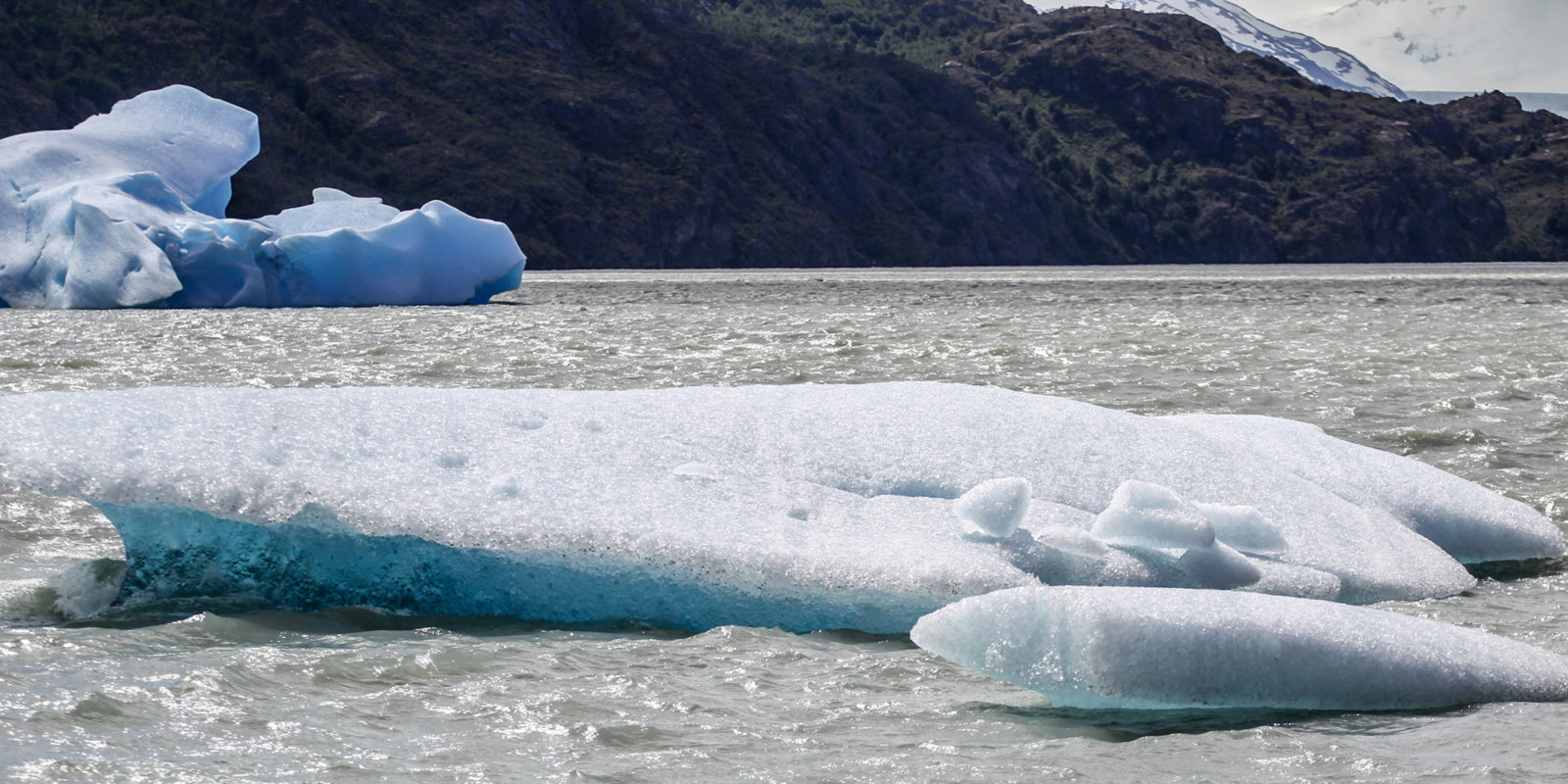 As one of the closest countries to the South Pole, South Africa is directly impacted by Antarctica’s temperatures and sea life.
Photo: EPA-EFE / Joel Estay

“There has been a huge decrease,” said Claire Parkinson, at Nasa’s Goddard Space Flight Center in the US.
In her study, published in the journal Proceedings of the National Academy of Sciences, she called the decline precipitous and a dramatic reversal.

“We don’t know if that decrease is going to continue,” she said.
“But it raises the question of why [has it happened], and are we going to see some huge acceleration in the rate of decrease in the Arctic? Only the continued record will let us know.”

“The Arctic has become a poster child for global warming,” Parkinson said, but the recent sea ice falls in Antarctica have been far worse.
She has tracked Antarctic sea ice for more than 40 years.
“All of us scientists were thinking eventually global warming is going to catch up in the Antarctic,” she said.

“Climate change is affecting the winds, but so is the ozone hole and short-term cycles like El Niño.
The sea ice is also affected by meltwater running off from the Antarctic ice sheet,” she said.
“Until 2014, the total effect of all these factors was for Antarctic sea ice to expand.
But in 2014, something flipped, and the sea ice has since declined dramatically.
Now scientists are trying to figure out exactly why this happened.”

Prof Andrew Shepherd at Leeds University in the UK said: “The rapid decline has caught us by surprise and changes the picture completely.
Now sea ice is retreating in both hemispheres and that presents a challenge because it could mean further warming.”
He said it would also be important to find if the ice’s thickness has changed, as well as its extent. 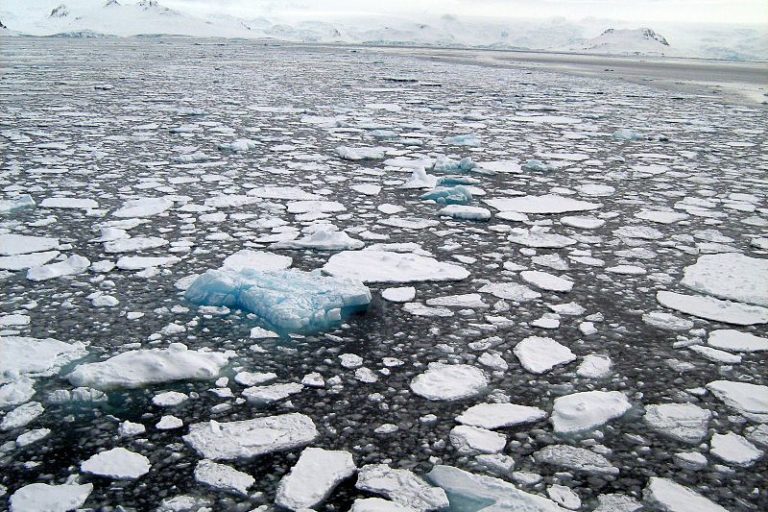 The new research collated microwave satellite data from 1979 to 2018, providing excellent measurements of sea ice as the different signals from ice and ocean are very distinct and microwaves can be detected day or night and usually through clouds.

Sea ice expands in winter and retreats in summer every year, so Parkinson used annual averages to assess the long term trends.
The biggest single year fall was in 2016, when an El Niño boosted human-caused warming to result in record global temperatures.

She said rates of decline after 2014 were three times faster than the most rapid melting ever recorded in the Arctic.
Sea ice extent had a small uptick in 2018, but in 2019 so far there had been a further reduction, she said.

Parkinson said the dramatic plunge was a strong piece of evidence that scientists could use to narrow down the causes of the change.
“As a Nasa scientist, my key responsibility is to get the satellite data out and I hope others will take this 40-year record and try to figure out how these dramatically rapid decreases since 2014 can be explained,” she said.