The 'curious' robots searching for the ocean's secrets 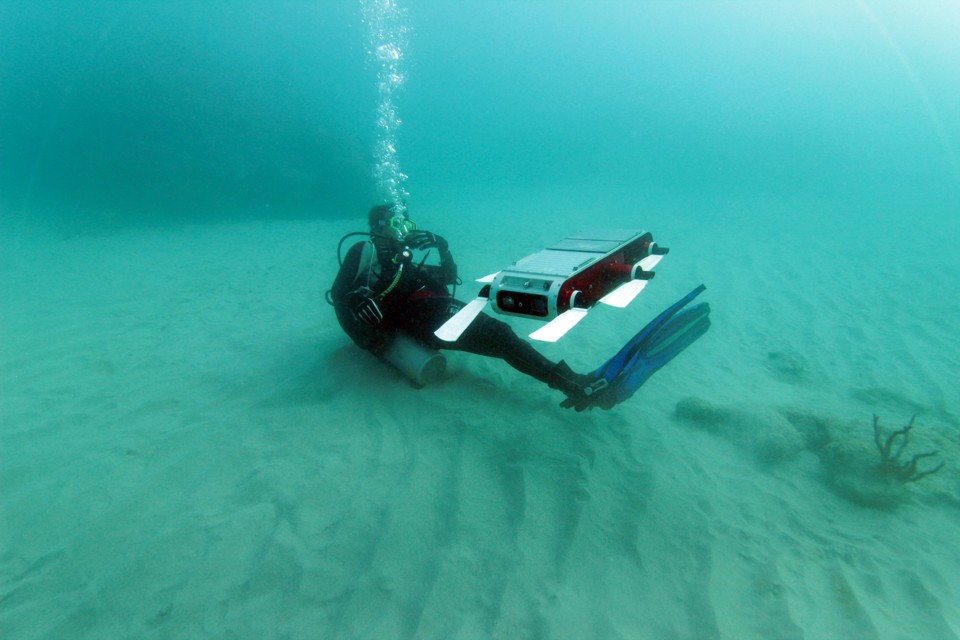 From The Atlantic by Erica Cirino

A new class of machines knows how to recognize and investigate unexpected things that pop up underwater.
People have been exploring the Earth since ancient times—traversing deserts, climbing mountains, and trekking through forests.
But there is one ecological realm that hasn’t yet been well explored: the oceans.
To date, just 5 percent of Earth’s oceans have been seen by human eyes or by human-controlled robots.
That’s quickly changing thanks to advancements in robotic technologies.
In particular, a new class of self-controlled robots that continually adapt to their surroundings is opening the door to undersea discovery. These autonomous, “curious” machines can efficiently search for specific undersea features such as marine organisms and landscapes, but they are also programmed to keep an eye out for other interesting things that may unexpectedly pop up.
Curious robots—which can be virtually any size or shape—use sensors and cameras to guide their movements.
The sensors take sonar, depth, temperature, salinity, and other readings, while the cameras constantly send pictures of what they’re seeing in compressed, low-resolution form to human operators.
If an image shows something different than the feature a robot was programmed to explore, the operator can give the robot the okay to go over and check out in greater detail.

The field of autonomous underwater robots is relatively young, but the curious-robots exploration method has already lead to some pretty interesting discoveries, says Hanumant Singh, an ocean physicist and engineer at Woods Hole Oceanographic Institution in Massachusetts.
In 2015, he and a team of researchers went on an expedition to study creatures living on Hannibal Seamount, an undersea mountain chain off Panama’s coast. 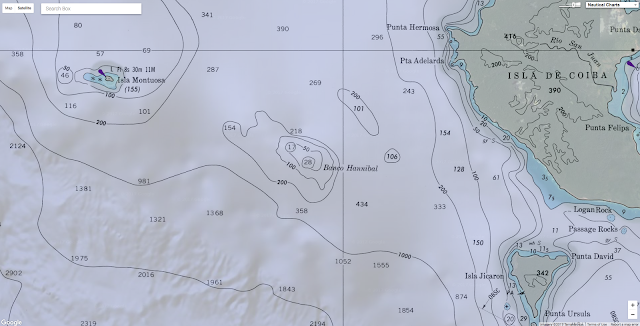 They sent a curious robot down to the seabed from their “manned submersible”—a modern version of the classic Jacques Cousteau yellow submarine—to take photos and videos and collect living organisms on several dives over the course of 21 days.


Hannibal from Brett Kuxhausen
Join Woods Hole Oceanographic Institution scientists as they set out on a twenty-day ocean expedition to Coiba Island off the coast of Panama.
Here you'll get an inside look at the cutting edge research being conducted to understand the fragile Hannibal Seamount.

On the expedition’s final dive, the robot detected an anomaly on the seafloor, and sent back several low-resolution photos of what looked like red fuzz in a very low oxygen zone.
“The robot’s operators thought what was in the image might be interesting, so they sent it over to the feature to take more photos,” says Singh.
“Thanks to the curious robot, we were able to tell that these were crabs—a whole swarming herd of them.”
The team used submarines to scoop up several live crabs, which were later identified through DNA sequencing as Pleuroncodes planipes, commonly known as pelagic red crabs, a species native to Baja California.
Singh says it was extremely unusual to find the crabs so far south of their normal range and in such a high abundance, gathered together like a swarm of insects.
Because the crabs serve as an important food source for open-ocean predators in the eastern Pacific, the researchers hypothesize the crabs may be an undetected food source for predators at the Hannibal Seamount, too. When autonomous robot technology first developed 15 years ago, Singh says he and other scientists were building robots and robotics software from scratch.

Today a variety of programming interfaces—some of which are open-source—exist, making scientists’ jobs a little easier.
Now they just have to build the robot itself, install some software, and fine-tune some algorithms to fit their research goals.
While curious robot software systems vary, Girdhar says some of the basics remain the same.
All curious robots need to collect data, and they do this with their ability to understand different undersea scenes without supervision.
This involves “teaching” robots to detect a given class of oceanic features, such as different types of fish, coral, or sediment.
The robots must also be able to detect anomalies in context, following a path that balances their programmed mission with their own curiosity.
This detection method is different from traditional undersea robots, which are preprogrammed to follow just one exploration path and look for one feature or a set of features, ignoring anomalies or changing oceanic conditions.
One example of a traditional robot is Jason, a human-controlled “ROV,” or remotely operated vehicle, used by scientists at Woods Hole to study the seafloor. 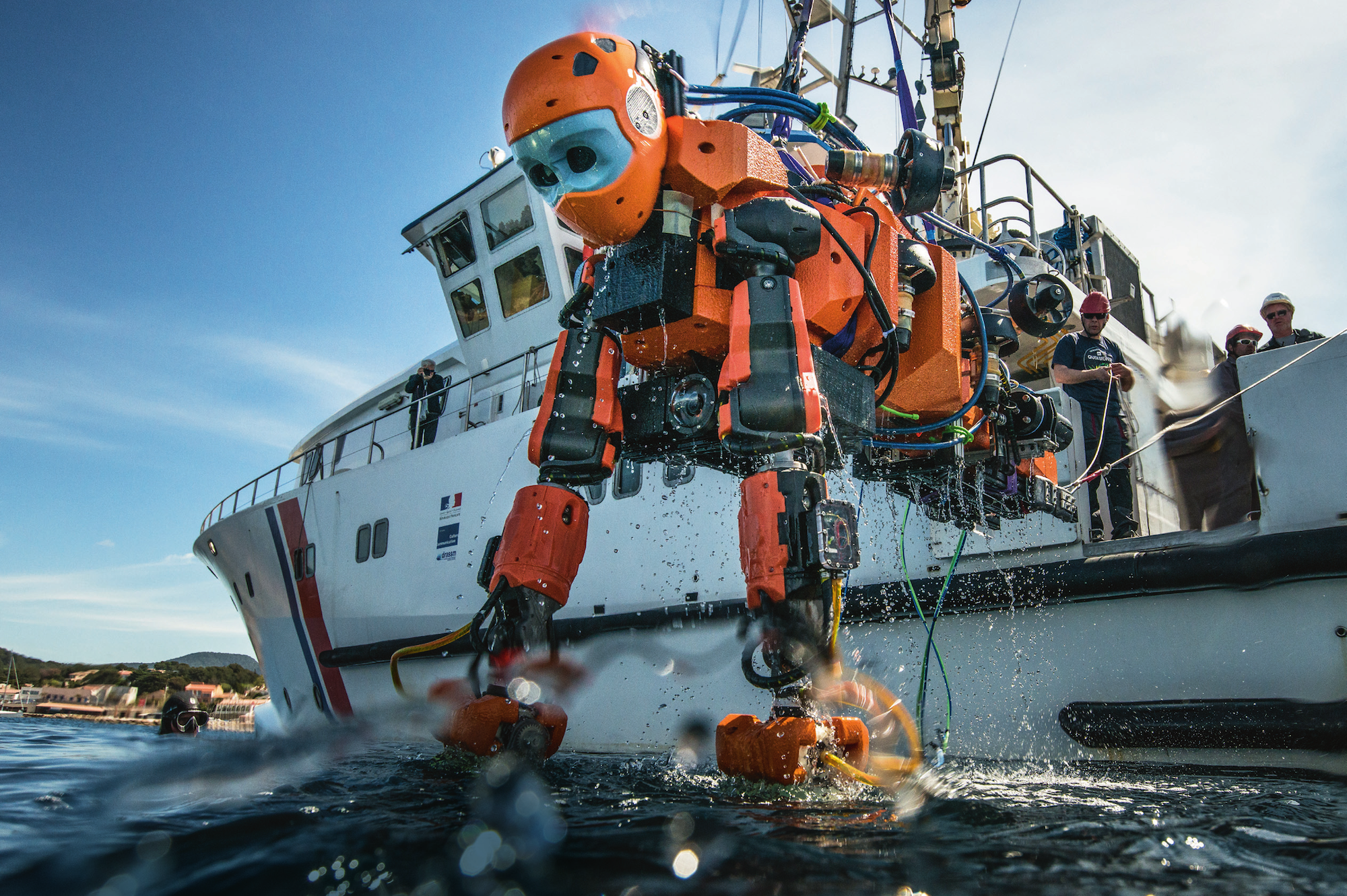 Marine scientists see curious robots as a clear path forward.
“To efficiently explore and map our oceans, intelligent robots with abilities to deliberate sensor data and make smart decisions are a necessity,” says Øyvind Ødegård, a marine archaeologist and Ph.D.
candidate at the Centre for Autonomous Marine Operations and Systems at Norwegian University of Science and Technology.
Ødegård uses robots to detect and investigate shipwrecks, often in places too dangerous for human divers to explore—like the Arctic.

Other undersea scientists in fields like biology and chemistry are starting to use curious robots to do things like monitor oil spills and searching for invasive species.
Compared to other undersea robots, Ødegård says, autonomous curious robots are best suited to long-term exploration.
For shorter missions in already explored marine environments, it’s possible to preprogram robots to cope with predictable situations, says Ødegård.
Yet, “for longer missions, with limited prior knowledge of the environment, such predictions become increasingly harder to make.
The robot must have deliberative abilities or ‘intelligence’ that is robust enough for coping with unforeseen events in a manner that ensures its own safety and also the goals of the mission.”
One big challenge is sending larger amounts of data to human operators in real time.
Water inhibits the movement of electromagnetic signals such as GPS, so curious robots can only communicate in small bits of data.
Ødegård says to overcome this challenge, scientists are looking for ways to optimize data processing.
According to Singh, one next step in curious robot technology is teaching the robots to work in tandem with drones to give scientists pictures of sea ice from both above and below.
Another is teaching the robots to deal with different species biases.
For example, the robots frighten some fish and attract others—and this could cause data anomalies, making some species appear less or more abundant than they actually are.
Ødegård adds that new developments in robotics programs could allow even scientists without a background in robotics the opportunity to reap the benefits of robotics research.
“I hope we will see more affordable robots that lower the threshold for playing with them and taking risks,” he says.
“That way it will be easier to find new and innovative ways to use them.