From GoogleMapsMania by Keir Clarke

Every year TeleGeography creates a new global undersea cable map.
TeleGeography's Submarine Cable Map 2015 was a particularly wonderful map.
The 2015 map was inspired by medieval and renaissance cartography and featured some wonderful map border illustrations and even a number of beautifully drawn sea monsters. 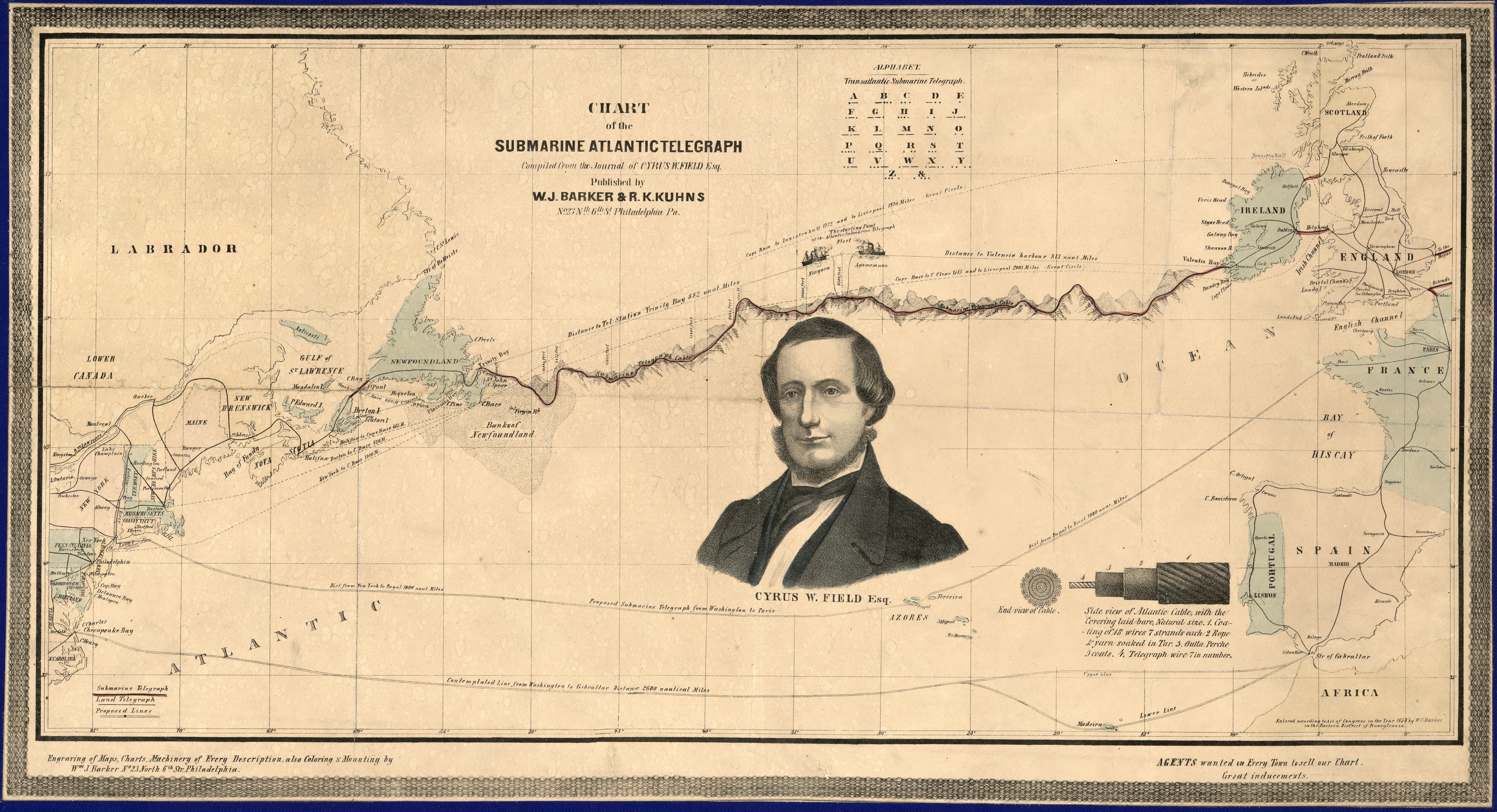 For the 2016 edition of its Submarine Cable Map TeleGeography has designed a much more modern looking and information rich map.
The main map shows 321 undersea cable systems around the world, while a number of smaller inset maps depict some of the world's busiest landing stations. 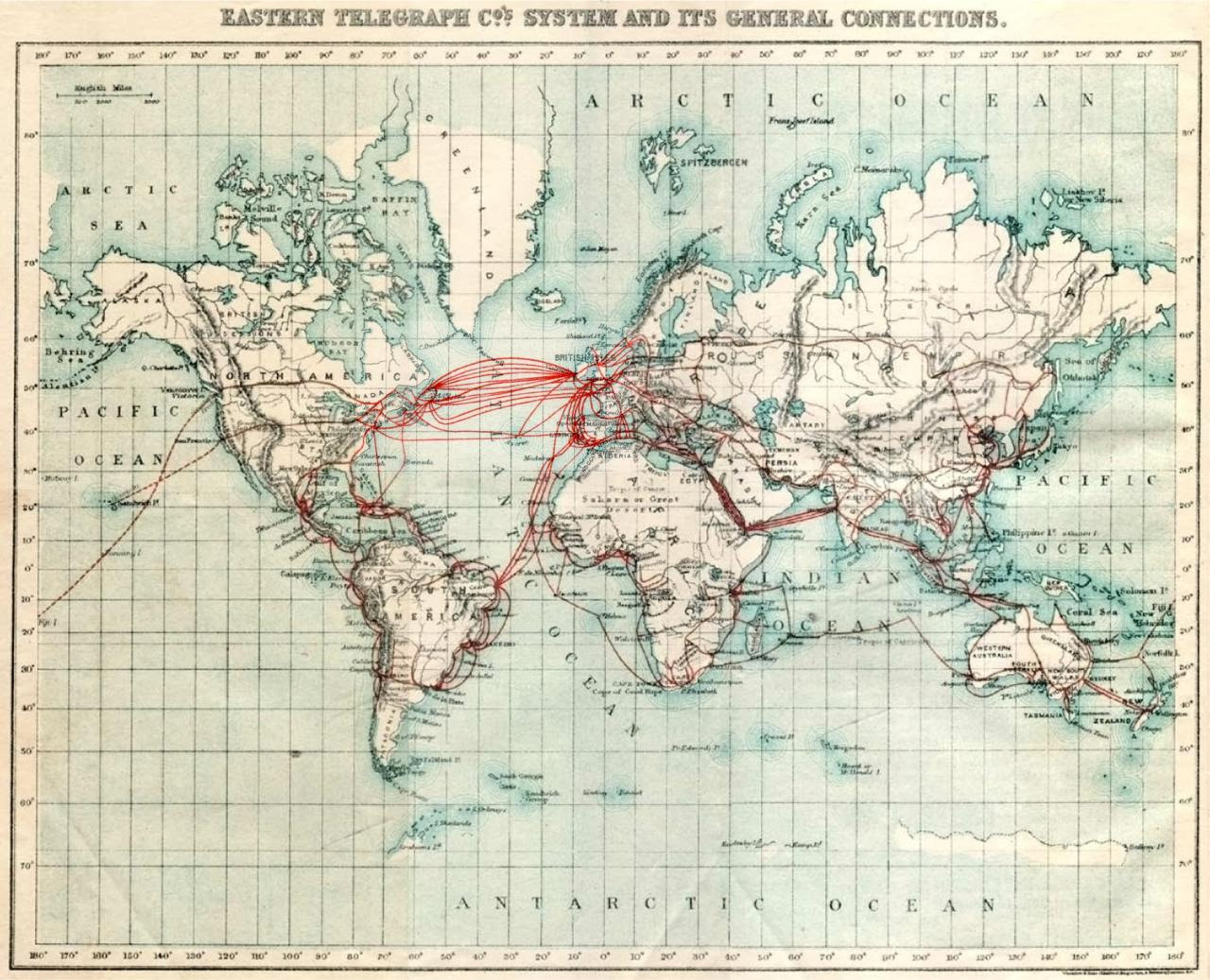 Locations of all copper telegraph cables around the world in 1877.

Countries on the map are colored to show how many submarine cable system links are connected to each country.
Infographics along the bottom of the map provide additional information on the capacity of the major global cable routes around the world.


Other undersea cables map (from Azimap)