Regatta around the world : the amazing meeting on the Jules Verne trophy 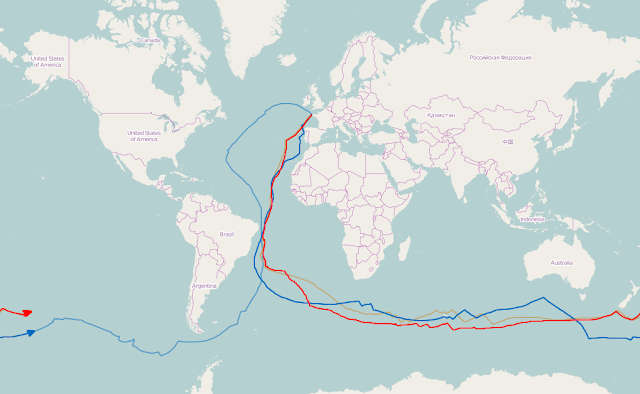 By crossing the longitude of South East Cape, the southernmost tip Tasmania, at 08:39 GMT last Saturday, December 12, 2015, Spindrift 2 set a new record time for crossing the Indian Ocean (Cape Agulhas-Tasmania in eight days four hours and 35 minutes) but more importantly for the passage between Ushant and the entrance into the Pacific: 20 days four hours and 37 minutes, which is two hours and 34 minutes better than the holder of the Jules Verne Trophy.
But what awaits them in the largest ocean on the planet looks quite difficult to decipher.
Posted by geogarage at 1:26 AM