Oil companies in the Arctic : A rig too far

Oil companies have a proud history of digging holes in inaccessible places and producing gushers of money.
But in the Chukchi Sea, in the Alaskan Arctic, Shell has poured $7 billion into a single 6,800-foot exploratory well, making it possibly the most expensive hole yet drilled, only to admit this week that it had not found enough oil and gas to make further exploration worthwhile.

That was a big climbdown for a company that had spent seven years since acquiring the Chukchi licenses in 2008 in a highly public, drawn-out battle to drill in the Arctic.
The decision boiled down to costs, financial and reputational.
Most big oil firms face similar pressures.
Some will take a lesson from Shell and put their Arctic plans on hold, though Eni, a big Italian oil firm, is vowing to press ahead with its efforts to drill in the Norwegian Arctic.

As the oil price has fallen by more than half over the past year, the economics of drilling in deep and treacherous waters have worsened considerably.
Though Shell had sought to play down the dangers of its Chukchi conquest, observers long ago reckoned it had bitten off more than it could chew.
It suffered a slew of mishaps in 2012, culminating on December 31st of that year in a drilling rig breaking loose from its tow lines and running aground.

New marine tracking data shows MSV Fennica, a Shell-contracted icebreaker may have crossed through shallow waters that offered little clearance between the vessel’s bottom and the ocean floor before a 3-foot hole was discovered in its hull.
Damaged Arctic icebreaker’s route questioned

After that episode, Ben van Beurden, installed as Shell’s chief executive in 2014, could have halted the ill-fated project.
But after a “personal journey”, he decided to go ahead.
Since then, Shell has portrayed Arctic drilling as somewhat of a mission, saying the prospective hydrocarbon reserves—ten times the total produced so far in the North Sea—are needed to provide energy for a global population expected to rise from 7 billion to 9 billion by 2050.

Analysts say it was more about shoring up Shell’s reserve base, at a time when oil and gas deposits are increasingly held either by national oil companies or by nimble American “frackers”.
Last year Shell replaced only 26% of the 1.2 billion barrels of oil equivalent (boe) that it produced.
It has told investors that the Arctic was the best long-term bet for filling that gap, expecting it to provide at least 500m boe after 15 years.
Now it will need new alternatives.
If its £47 billion ($70 billion) takeover of BG Group, a British firm, goes ahead, that is one: it will increase Shell’s oil and gas reserves by a quarter. 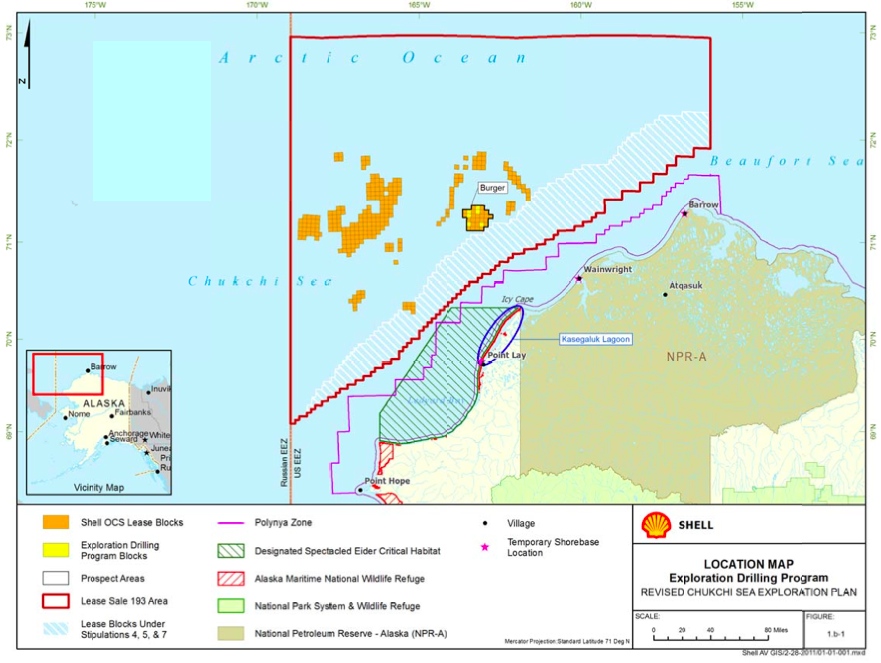 Shell in Beaufort and Chukchi Seas

Reputation was another factor in Shell’s retreat.
A company that was among the first oil majors to acknowledge the risk of human-induced global warming in the 1990s—and one that has joined with other European oil firms to advocate carbon pricing ahead of the climate-change talks in Paris later this year—was embarrassed to be pilloried for its Arctic drilling by environmental groups and politicians.
Just as serious were the concerns of Shell’s own shareholders.
Many of these, including some big pension funds, questioned its climate-change credentials at its annual meeting in May.

The stockmarket is taking the news in its stride.
But internally, the abandonment of the Arctic project will lead to soul-searching.
Shell is staffed more by boffins than roughnecks, who pride themselves on their ability to overcome great challenges with technology.
It has been in this predicament before.
In the early 1990s it gave up an earlier attempt to explore in the Chukchi Sea after prices tumbled.
Its decision to do so again, and big cutbacks by rival oil firms, may help crude prices eventually to recover.
But if one day Arctic oil and gas look promising once more, don’t expect much enthusiasm from Shell.