Digital version of Moorea will provide a way to experiment with an entire ecosystem.
photo Yann Arthus-Bertrand (Corbis)

A paradise on Earth could soon become the first ecosystem in the world to be replicated in digital form in pain­staking detail, from the genes of its plants and animals to the geography of its landscape.

An international team is preparing to create a digital avatar of the Pacific island of Moorea, which lies off the coast of Tahiti and is part of French Polynesia.
Moorea is already one of the most studied islands in the world; the team plans to turn those data into a virtual lab that would allow scientists to test and generate hypotheses about the impact of human activities. 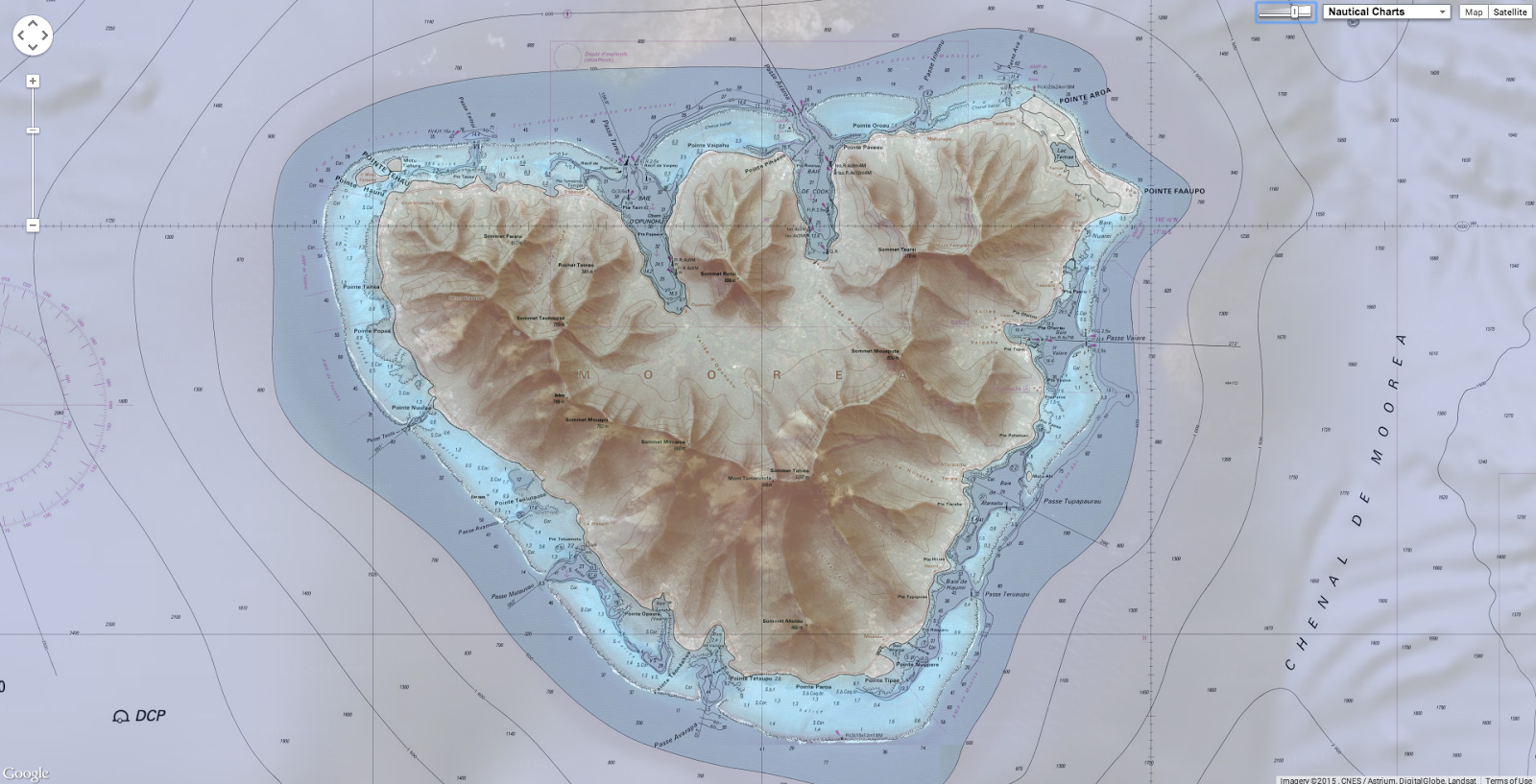 Ecologists have used models for years to tease out the relationships between different facets of nature, such as temperature and population or predators and prey.
But much of that modelling is relevant only to specific species or research questions, and some scientists want a holistic view.
As human activity and natural variations combine to alter the environment, researchers need to know how mitigating steps — such as setting up protected areas, or attempts to curb fossil-fuel use — might affect an entire ecosystem.

“We know the world’s changing. Yet the decisions we’re making, we’re making them in the dark,” says Neil Davies, one of the people behind the Moorea IDEA (Island Digital Ecosystem Avatars) project and director of Gump Station, the University of California, Berkeley’s marine-science base on the island.
“We’re not going to have precise predictions ever, but we need to have a way of modelling different scenarios.”
For example, if a hotel is built at a certain location, how does that change the ecosystem?
If a species disappears from a river, what happens downstream?

Moorea is an ideal place to start, says Davies, because the island is about 16 kilometres across and has just 17,000 people living on it, making it easier to model than larger ecosystems and those that are more connected to the rest of the world.
In addition, French researchers have been there since the 1970s, and Gump Station has been operating since the 1980s.
Both efforts have collected myriad data on the island’s waters, with decades-long studies of coral and fish numbers (see ‘Data heaven’).

The Moorea Biocode Project is a library of genetic markers and digital identifiers for every species of animal, plant, and fungus on the island of Moorea.
This first comprehensive inventory of all non-microbial life in a complex tropical ecosystem will provide a unique platform for the international research

These traditional surveys of marine life are now being linked up with the Moorea Biocode Project, which aims to characterize every species larger than a millimetre in length on the island and allocate them a ‘DNA barcode’ — snippets of DNA that can be used as a unique identifier.
Species can thus be identified quickly and easily even when they are in places or states that would otherwise be difficult to recognize, such as in the contents of another organism’s stomach, or in seed or larval form.

The avatar would combine insights gleaned from the Biocode project — such as which species are present at certain ocean spots, or which species are eaten by another — with data on weather, ocean currents and society such as population density and real-estate prices.
It would provide a three-dimensional visualization of the island and its surrounding waters that might look something like those on Google Earth, but would enable researchers to zoom into a location, access data and run simulations.

“The first stage will be a framework to integrate the data we have. To collate them, combine them, and to make the data accessible to scientists,” says project member Matthias Troyer, a computer scientist at the Swiss Federal Institute of Technology in Zurich.
“Then, based on that, one can start on modelling.”

The IDEA project was born in 2013, the brainchild of Davies, Troyer and three other marine scientists: Dawn Field at the University of Oxford, UK; Sally Holbrook at the University of California, Santa Barbara; and Serge Planes from the French research base on Moorea.
The consortium now has more than 80 participants.

At meetings late last year, the IDEA team discussed how to combine existing data with those coming from the latest technologies.
Some of the framework for the avatar is already under construction, and Davies says that the team is seeking funding of around US$5 million over three years to pursue a pilot project.

The project is “really novel in the modelling community”, says Mike Harfoot, an ecosystem modeller at the United Nations Environment Programme’s World Conservation Monitoring Centre in Cambridge, UK, because it will integrate societal data with physical and biological components.
And, he adds, the computational power required to take a holistic approach to modelling ecosystems has only recently become available.

“It’s impressive the amount of data that’s going in it,” says Rick Stafford, a computational ecologist at Bournemouth University, UK.
Getting the different data sets to talk to each other will be a challenge, but the time is ripe for such an ambitious undertaking, says Davies.
And it if works on Moorea, the approach could be rolled out to other parts of the world.
Although ambitious, says Davies, “it’s not a pipe dream”.
Posted by geogarage at 1:23 AM