Does metal found in a 2,600-year-old shipwreck prove that Atlantis DID exist? Mythical red alloy said to be from the lost island is discovered off coast of Sicily 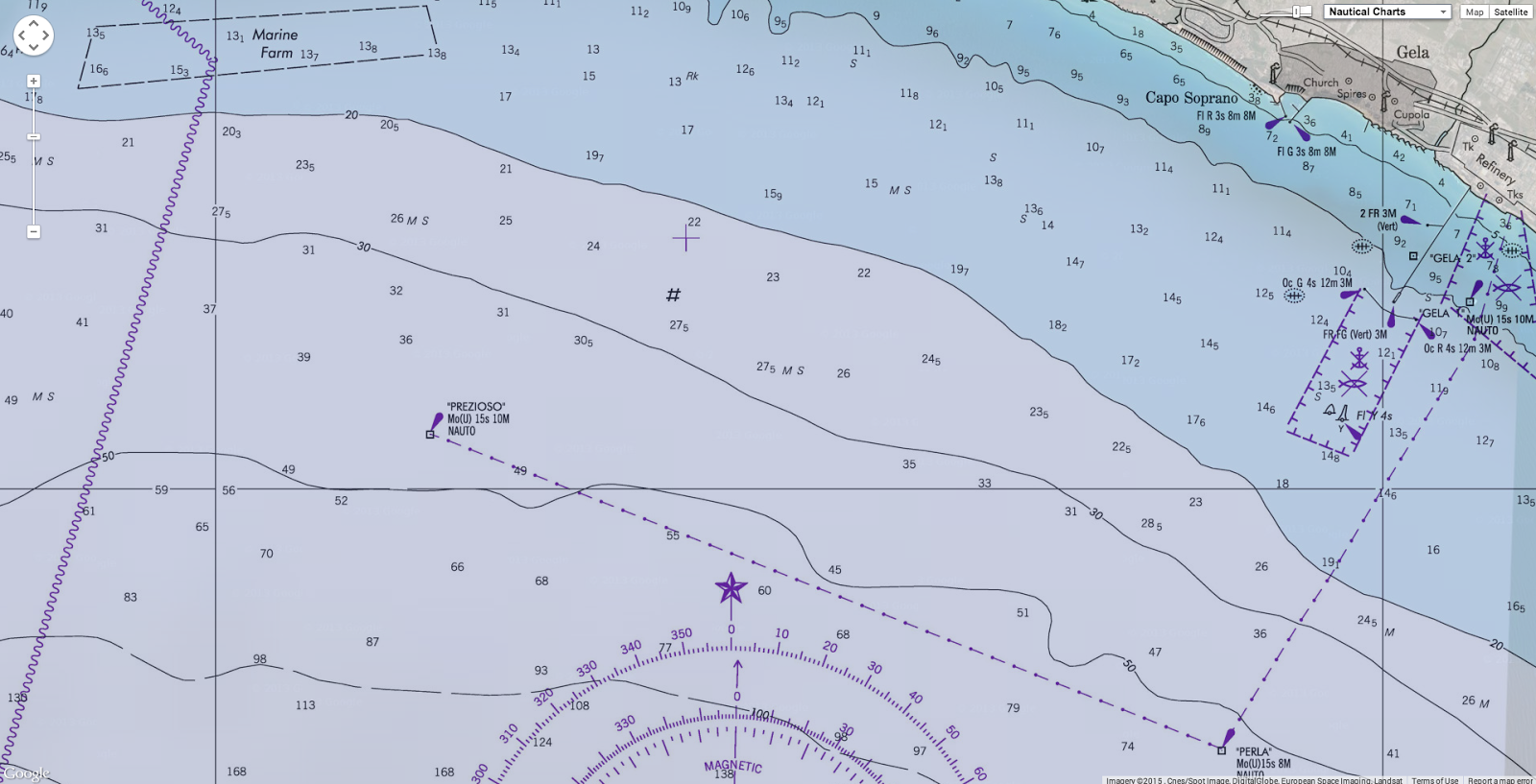 The shipwreck with the ingots was found 1,000 feet
off shore of the town of Gela in the sourthern part of Sicily
Gela with the Marine GeoGarage

From TheDailyMail by Richard Gray
A mythical metal said by ancient Greeks to be found in the lost city of Atlantis has been recovered from a ship that sunk 2,600 years ago off the coast of Sicily.
Marine archaeologists found 39 ingots of what they believe is 'orichalcum' on the sandy seabed among the wreck of a trading vessel that sank 1,000 feet off the coast of the town of Gela, in southern Sicily.
The wreck is the fifth ancient ship to be recovered off the coast of the town.

One of the lumps of 'orichalcum' that was found on the seabed just off the coast of Gela, in southern Sicily
The metal found on the sea floor off Sicily (above) was found to be an alloy of copper, zinc, lead, nickle and iron

Professor Sebastiano Tusa, an archaeologist at the office of the Superintendent of the Sea in Sicily, claimed the metal they had discovered in the remains of the ship was probably the mythical and highly prized red metal orichalcum.
Analysis of the metal ingots revealed they were made from an alloy of copper and zinc with traces of nickel, lead and iron.
Professor Tusa told the Mail Online that the X-ray fluorescent analysis of the metal had confirmed that it was orichalcum.
He said: 'The discovery is unique and exceptional because it is the fist time that we find oricalcum ingots.'
Speaking to Discovery News, he added: 'Nothing similar has ever been found.
'We knew orichalcum from ancient texts and a few ornamental objects.
'The wreck dates to the first half of the sixth century.
'It was found about 1,000 feet from Gela's coast at a depth of 10 feet.'
If the metal discovered by Professor Tusa and his team is really the mythical orichalcum, then it lends support to the idea of Atlantis as being a real place.

Statues like this one above from the sunken Egyptian city of Heracleion have recently been rediscovered by marine archaeologists, raising hopes that if Atlantis did ever exist then it may still be found under the sea

The existence of the island is greatly debated among historians and archaeologists.
Some believe it is entirely fictional while others claim stories of the 'Island of Atlas' may have been based on a real historical location that was drowned by rising sea levels or a tsunami.
The Egyptian city of Heracleion, for example, was lost 1,200 years ago when it was engulfed by the sea.
Most of the legend of Atlantis comes from the work of the Greek philosopher Plato, who describes how the great nation was submerged beneath the Atlantic Ocean after falling out of favour with the Gods.
Plato mentions orichalcum in the Critias dialogue and describes Atlantis as flashing with the 'red light' of the metal.
He wrote that orichalcum was highly prized and second only in value to gold. It was mined in the mythical island and covered the surfaces of Poseidon's temple.
The existence of this metal and its composition has since been widely debated, but it is commonly thought to be a brass-like alloy. Brass is made from copper and zinc.
It is thought to have been made through a process called cementation, which reacts zinc ore with charcoal and copper in a crucible.

This map of Atlantis - oriented with south at the top - was drawn by 17th century scholar Athanasius Kircher, who pinpointed the mythical continent as being in the mid-Atlantic before it was lost to the sea

X-ray fluorescence of the ingots found off the coast of Gela show they were made from 75-80 per cent copper, 15-20 per cent zinc and small amounts of nickel, lead and iron.
Professor Tusa told the Mail Online: 'The shipwreck is dated to the beginning of 6th century BC.
'We cannot say how big is the vessel because we have to dig into the sand to recover what it is left of the wooden hull. But I presume that she was about 15 metres (49 feet) long.
'It is a new shipwreck unknown before this discovery.'
'She was sailing to Gela and was entering the harbor situated at the mouth of river Gela.
'Probably during the entrance there was some mistake in the maneuvering because of heavy sea and the ship went into the sandy beach'
Professor Tusa said that they also found some Greek vases, a terracotta figure of the Goddess Demeter and some wood in the wreck.
He added: 'The finding confirms that about a century after its foundation in 689BC, Gela grew to become a wealthy city with artisan workshops specialised in the production of prized artifacts.'
Posted by geogarage at 1:35 AM