Inside Out looks at how a modern cargo ship ploughed into the Farne Islands right next to an operational lighthouse.
The MV Danio got caught on rocks on the Farne Islands off the Northumberland coast on 16 March, 2013.
Investigators looking into what caused the cargo ship to run aground have discovered a member of crew on watch "fell asleep".
Owner of the vessel, Frank Dahl, said the incident was down to "human" error.

A polish captain ran his massive ship aground off the British coast after plotting a straight line from Scotland to Belgium - forgetting that England was in the way, it is claimed.

Prat Nav: The ship's captain headed in a straight line from Perth, Scotland, to Antwerp, Belgium, forgetting England was in his way
“Well, OK, we’re sailing from Perth and we’re going to Antwerp and we’ll draw a line and we’ll go the quickest way possible”.’

Blundering Tadeusz Dudek had been using an unapproved GPS device to navigate - similar to a car's Sat Nav, an investigation revealed. 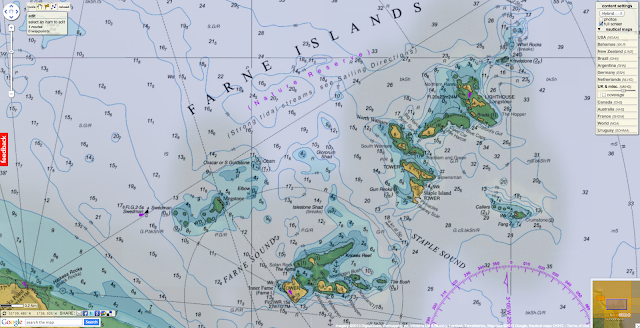 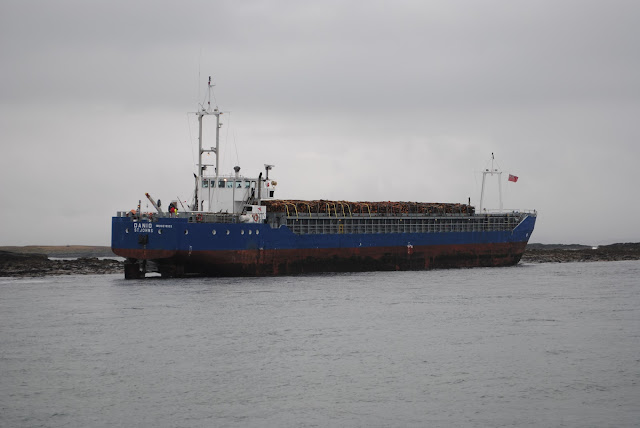 Danio grounded on the north side of Blue Caps

And the lookout on board the 80 metre-long MV Danio cargo ship was asleep when time the enormous vessel crashed into Farne Islands, off the North-East coast, last March.
The disaster at the Farne Island nature reserve, in Northumberland, sparked fears at the time it would break up and its 27 tonnes of diesel fuel and 1,500 tonnes of timber would decimate the wildlife for decades. 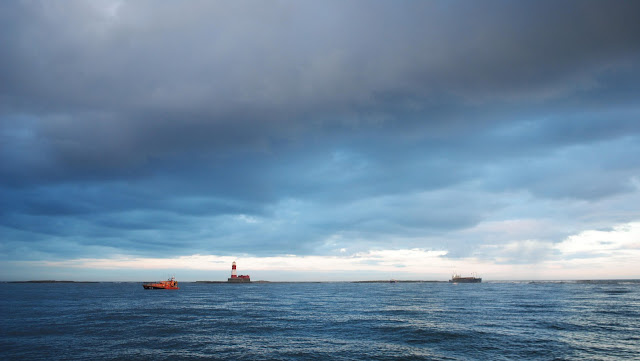 Disaster: The stricken MV Danio sitting on a mud bank on Farne Island after its captain did not realise he was approaching land

Usually a bridge look-out should still have spotted the Farne Islands and its flashing lighthouse.
Mr Thompson added: 'If he's fallen asleep it will alarm in the captain's cabin and if the captain doesn't acknowledge it, it will ring everywhere.
'Now the Danio did have a very basic bridge watch alarm, but it was switched off.' 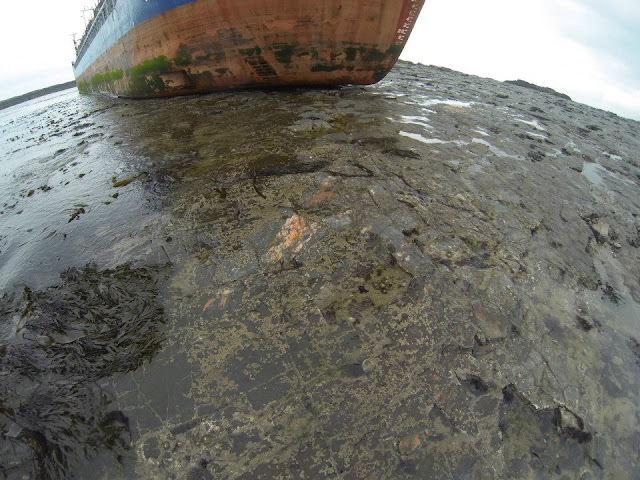 But the German owner of the Danio, Frank Dahl, tells the BBC in Poland - where the vessel is being repaired - stresses it was his company policy to use it and he blames the Captain and the First Mate for the accident.
He tells the programme: 'The technique is perfect, it's the humans that make mistakes'.
He subsequently fired Captain Tadeusz Dudek, and the first mate.

Captain Dudek via telephone then tells the BBC in broken English about whether the first mate did fall asleep and Captain Dudek replies: 'It is what he told in his statement and it looks like it is true.'
And he admits that if he had used the alarm system the accident could have been prevented, adding: 'Yes but I forgot. For sure this would not happen (if the alarm had been used).' 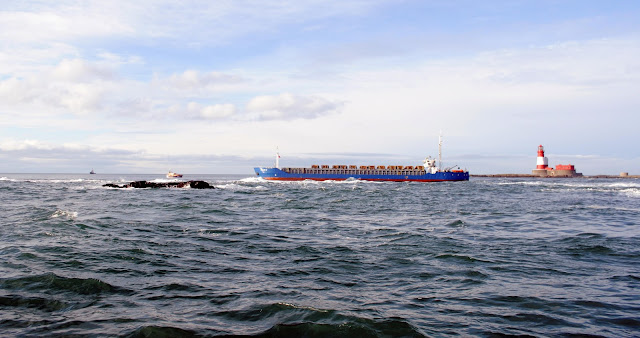 Eventually the ship was floated away but new research shows the captain was trying to sail a straight line from Scotland to Anterp, in Belgium - and forgot about England's jutting-out coastline in the middle.
Built in 2001, the ship was sailing six months ago with a cargo of timber but just six crew.

When it ran aground, a lifeboat was scrambled to the scene from Seahouses and as the weather worsened and the drama unfolded, wildlife wardens on the Farnes feared an environmental disaster.
The islands are home to about 80,000 pairs of seabirds and a large grey seal colony.

Warning: A lighthouse on Farne Island warns approaching ship of the dangers in the seas nearby

National Trust Ranger, David Steel, says: 'To have a boat like that run aground and obviously if it had started breaking up with fuel oil and the likes spilling into the sea, it would have been devastating.'
Inside Out also reveals that 95 per cent of Britain's freight is shifted by sea and last year a third of all ships detained for serious breaches were found in the North East.
However British authorities have still to decide whether to bring criminal charges in the case of the Danio.