June 12, 2012 Southern Volusia / Northern Brevard County, FL.
Chased as the East Coast and West Coast seabreezes combined with an outflow boundary
to produce a line of storms along the East Coast of Florida.

There may be trouble ahead - at least for the people living on Florida's Atlantic coast.
These stunning pictures were taken by award-winning photographer Jason Weingart at Ormond Beach and show a spectacular shelf cloud formation rolling in from the ocean.
Shelf clouds are low, horizontal wedge-shaped arcus cloud, associated with a thunderstorm gust front or occasionally with a cold front. 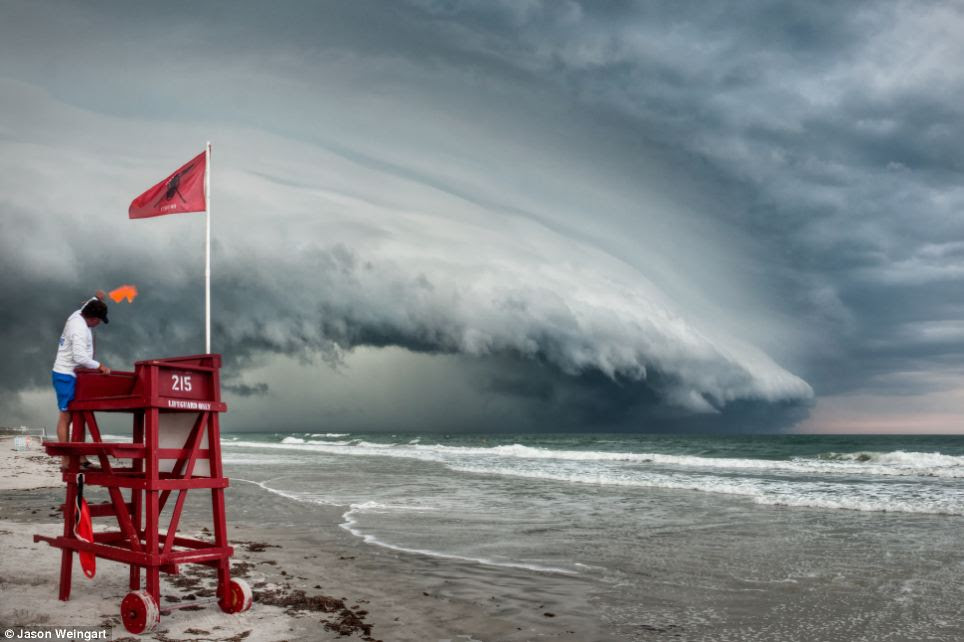 While they're are not dangerous, their threatening appearance certainly looks so.
Moreover, they are a reliable indicator that a thunderstorm is nearby and could be arriving soon.
Mr Weingart entered his picture of a lifeguard at the beach into NASA's Global Precipitation Mission sponsored extreme weather photo contest. (It was named one of the five winners.)

Speaking about the picture, he said: 'I have shot many storms from the same spot this photo was taken, and I almost drove by to get a different vantage point, but something told me to just stop at my spot.
'I jumped out of my car and ran down to the beach. To my surprise, there were still several beach-goers taking in the sight of this massive shelf cloud, as well as a few surfers in the water, trying to catch one last wave.' While shelf clouds are not dangerous, their threatening appearance certainly looks so 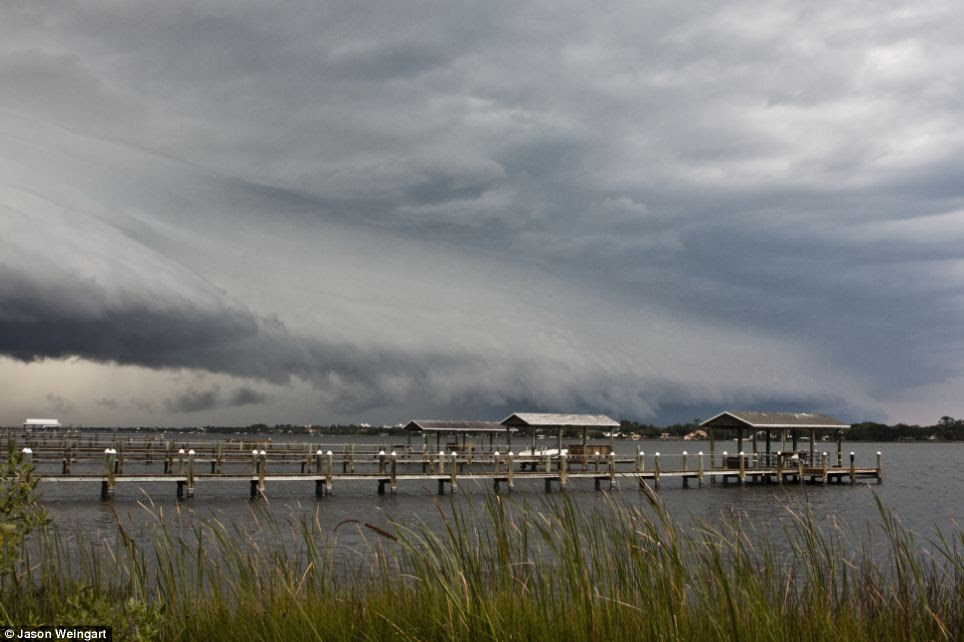 Jason Weingart's amazing pictures were taken by chance in Florida
Posted by Peio at 1:53 AM