Where's the catch? The fishery surveys keeping our seas sustainable

Led by David Stokes, the Marine Institute scientific team tackles questions only fisheries surveys can answer: how many young fish have been spawned here over the past year?
Is this new generation of fish numerous enough to replace what has been removed from the sea by fishing vessels? In other words: is commercial fishing here sustainable?

The Chief Scientist of the Irish Groundfish Survey 2021, David says: "We're out at this time of the year, basically fishing to try and assess the size of the various fish stocks and all the demersal species - these are the species that live and feed on the seabed, basically. So we try and estimate whether the stocks are going up or down and particularly try and focus on the juvenile fish that are coming through into the fishery." 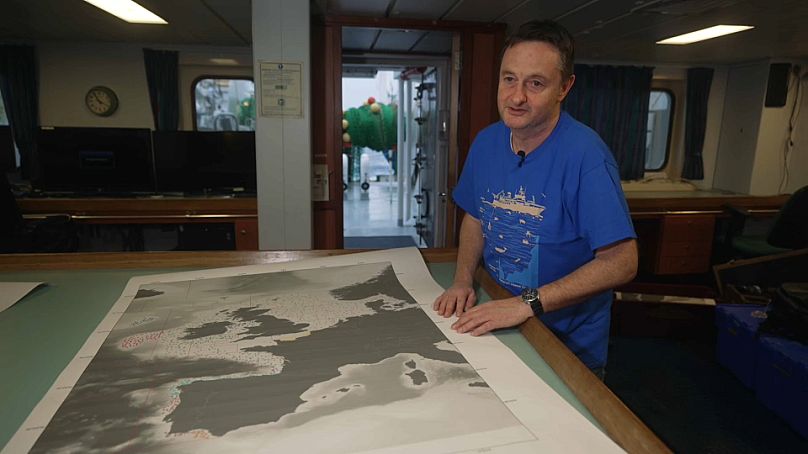 At each sampling station, the vessel deploys a trawl that has been specially modified to catch small fish. This is different from commercial fishing vessels that use nets with large meshes, aimed at targeting only mature fish that hopefully have already spawned offspring.

For the scientists, this work is vital for forecasting what catches can be expected in the future.
Their motto is “Good science supporting sustainable fisheries”.

"We shoot the trawl, it goes to the seabed, and then we tow it along the seabed for 30 minutes. Haul it back. And then it's dropped into the hopper, and then the fish come into the fish room, where everything is sorted into species," David explains.
David Stokes explains how the surveys provide a unique insight into fish populations - including some key facts that cannot be found in the commercial catch statistics.

An onboard laboratory works like a busy factory floor in the middle of the sea: researchers quickly sort fish from the moving conveyor belt into separate boxes.

They are especially interested in the commercial stocks like haddock, whiting and other economically important species.
Each fish is then measured with an electronic measuring board. All the data are combined in a database to make it easy to spot any errors.

"For commercial stocks we take length, sex, maturity and the otoliths (ear-stones) from the head, which gives us the age of the fish. It's kind of like reading the age of a tree by the rings," explains Sinead O’Brien, a Lab Analyst at the Marine Institute. 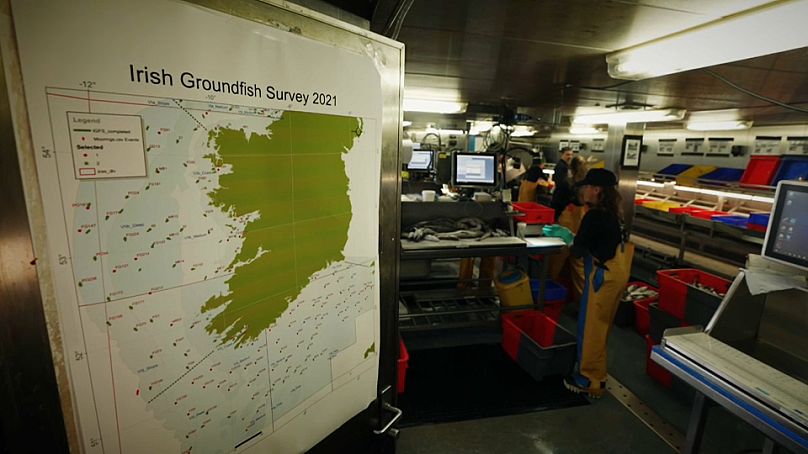 Researchers sort and measure fish in a lab onboard the Celtic Explorer. They are particularly interested in commercial fishing stocks, such as cod and haddock.© Euronews
Monitoring the marine ecosystem

By studying ear bones, scientists can accurately determine the proportion of young fish in the population.
Shrimp, crab and invertebrates also help monitor the general health of the marine ecosystem.

"You see here in the tray, we've got a really good selection of benthic creatures that we caught on the last tow. It tells us how diverse the community of animals are at that particular station at that particular time. So we know that in this area, we're seeing a certain number of species every year and we're always interested in species' richness and diversity," says Jennifer Doyle, a Fishery Scientist at the Marine Institute.

Everything trapped in the trawl is logged - even plastic litter.
Fishery surveys collect a wide range of data used by marine scientists - such as the water temperature, the salinity at various depths or the hydroacoustic profile of the seafloor.

As part of the EU Data Collection Framework (DCF), this is one of many coordinated surveys along the northern and western coasts of the European continent.

"These surveys are run around the same time every year, normally around October to November, and include probably about ten countries, all using the same standard protocols, procedures and very similar sampling gear, even though it wouldn't be exactly the same," explains David.
"It is quite a piece of work to try and keep independent countries with different languages, different capacities and different resources, to keep everybody on the same fixed page, you know, all the time. So yeah, there's quite a lot of coordination work that has to go into actually keeping all that as standard as it is," he adds.

The results of the surveys conducted by all these research vessels are collected and analysed at an intergovernmental organisation, headquartered in the Danish capital.

The International Council for the Exploration of the Sea (ICES) in Copenhagen examines scientific and commercial data and forecasts future changes in marine ecosystems - preparing what’s known as scientific advice for the decision-makers charged with managing fisheries.

"All the countries submit their data on surveys and also on catch here to ICES. And then that flows into what we call working groups, which are international scientific groups, which put it all together and start putting the information into our models," explains Mark Dickey-Collas, the Chair of the Advisory Committee to the International Council for the Exploration of the Sea.

Based on the advice of such scientific bodies, the EU and its neighbours can restrict fishing to help populations recover - or expand quotas for those species that are thriving.
Given the competing interests, reaching agreement is not easy.

"There are some major challenges. One is trying to make sure that we work in partnership with the fishing industry and also with the environmental groups to make sure that the overall impression and understanding of the processes are good enough to have a consensus in terms of our advice," says Dickey-Collas. 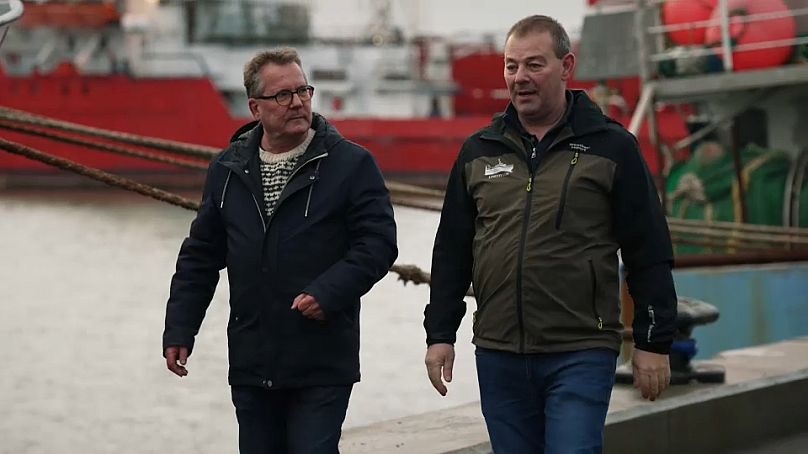 Danish fishermen say they are happy to share their own data with scientists.
They say some quotas are putting their businesses at risk.
© Euronews
Finding the right balance

While environmental activists see many catch limits as excessive and unsustainable, fishermen say tight quotas put their businesses at risk.

At the port of Thyborøn in North-Western Denmark, fishermen are sceptical about the scientific advice: they say the catches are better than forecast, but the available resources can’t be fully harnessed due to what they see as a rush towards sustainability.

"Stocks go up and down. We, as fishermen, have to live with that. But what's really important is that the advice is what we see at sea, and at the moment sometimes there's a big difference. You have climate change, you have cod stocks move north - maybe it's time to modernise the way they do the surveys!" says Alfred Fisker Hansen, the Chairman of Thyborøn Harbour Fishermen Association.

Fishing quotas are a matter of much debate, but there’s no arguing that marine resources must be managed wisely.
The fishermen say they are happy to share their own data with the scientists - and new technologies make that easier.
The Thyborøn fishing auction sells around 150 tonnes of fish per day - all online. That's valuable data readily available for researchers.

In addition to that, fishermen often invite scientists onto their vessels to make observations that can help fine-tune mathematical models.

"We have good cooperation, in Denmark at least, between scientific institutions and the fishing industry," says Michael Andersen, Chief Scientific Advisor to the Danish Fishermen Association.

"There may be some harsh words sometimes and disagreements, certainly, quite often, but there is a good cooperation. It's a common goal of getting the stock size right, because that's in everybody's interest. Everybody appreciates that," he adds.

The fishing industry relies on healthy fishing stocks for its very survival. However imperfect, scientific assessment still remains the best way to monitor them.
Links :
Posted by geogarage at 1:31 AM