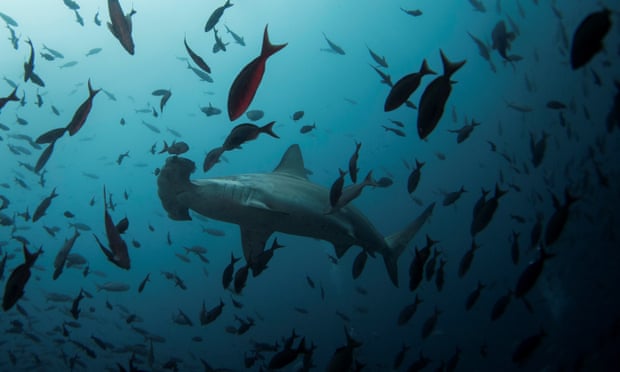 A hammerhead shark. Half of the world’s 31 oceanic shark species are now listed as either endangered or critically endangered by the International Union for Conservation of Nature.
Photograph: Jorge Silva/Reuters

The global population of sharks and rays has crashed by more than 70% in the past 50 years, researchers have determined for the first time, with massive ongoing losses pushing many species towards extinction.

A huge increase in fishing since 1970 has ravaged the abundance of sharks and rays in our oceans, with previously widespread species such as hammerhead sharks now facing the threat of being wiped out, the study found.

Half of the world’s 31 oceanic shark species are now listed as either endangered or critically endangered by the International Union for Conservation of Nature.
The giant manta ray is also endangered.

“The decline isn’t stopping, which is a problem,” said Nathan Pacoureau, a researcher at Simon Fraser University in Canada who was lead author of the study, published in Nature.
“Everything in our oceans is so depleted now.
We need proactive measures to prevent total collapse, this should be a wake up call for policy makers.”
Advertisement

Using a raft of previous studies and catch data, the researchers compiled the first global census for shark and ray species, finding there has been an overall 71% decline since 1970.
The losses could be even deeper in reality, with insufficient data to chart population trends back to the 1950s, when the explosion in mass industrialized fishing started. 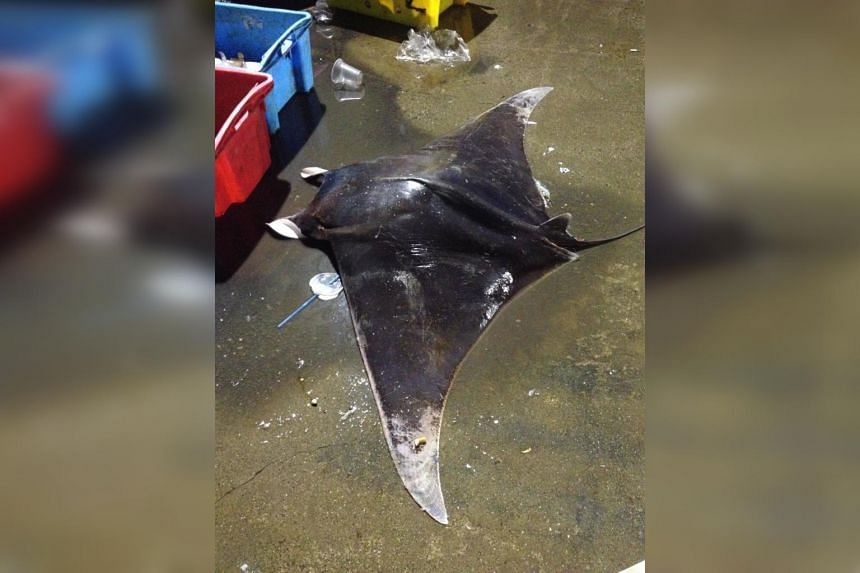 A devil ray, one of the oceanic rays in decline worldwide due to ovefishing, at a fish market in Sabah in Malaysia
photo Peter Kyne

While sharks and rays can be affected by ship strikes, oil and gas drilling and, increasingly, the climate crisis, the researchers said that overfishing was the primary cause of decline.
It has been previously estimated that 100 million sharks are killed by humans every year, overwhelming their slow reproductive capacity to replenish numbers.

Sharks are often killed unintentionally by fishers using nets to catch other marine creatures but are also targeted for purposes such as making shark fin soup, which involves sharks having their fins hacked off before their helpless bodies are discarded back into the ocean.

“Ongoing declines show that we are not protecting a vital part of our ocean ecosystems from overfishing, and this will lead to continued decline in the health of our oceans until we do something about it,” said Dr Cassandra Rigby, a biologist at James Cook University in Australia and study co-author.

The research highlights the patchwork quality of fisheries management around the world.
Steep declines in shark and ray numbers in the Atlantic Ocean began to stabilize somewhat after 2000 amid conservation measures, while the rate of loss has also slowed in the Pacific Ocean.
But in the Indian Ocean, shark and ray abundance had plummeted continually since 1970, with an estimated drop of 84% in overall population in this time.

Many species of shark are migratory, meaning their protection requires the cooperation of different countries, while much of the harmful fishing occurs in the largely ungoverned high seas.
Previous international efforts to stem losses have had limited impact, although overfishing is set to be raised at a virtual oceans and climate summit this week featuring John Kerry, the US’s new climate envoy.

Governments need to enforce “science-based catch limits” on a domestic and regional basis to ensure sharks continue their vital roles as ecosystem predators and protein source for poorer communities, Rigby said.
Mariah Pfleger, marine scientist at Oceana, added that countries should also ban the sale and trade of shark fins.
The ocean conservation group is pushing for the US to adopt such a ban, as Canada enacted in 2019.

“The findings of this paper are horrifying but ultimately not that surprising,” Pfleger said.
“We have long known that many species of sharks and rays cannot withstand extensive commercial fishing pressure.”