The old Arctic is gone

A hiker walks among winding channels carved by water on the surface of the melting Longyearbreen glacier during a summer heat wave on Svalbard archipelago on July 31, 2020.
Photo: Sean Gallup (Getty Images)
From Gizmodo by Brian Kahn

Scientists have spent the past 15 years pulling together data about the Arctic into an annual report card.
What’s become clear in the 15 iterations of the report is nothing will be the same for centuries to come, and the shifts are happening faster than anticipated.

On Tuesday, researchers unveiled the latest edition of the report card at the virtual American Geophysical Union fall conference.
It chronicles the past year of unprecedented transformation to every facet of the region and its impact on the people who call the Arctic home.

“In 2006 it was clear that the Arctic was changing,” the report said.
“However, the complexity of change was less understood and the rapidity of change that would occur in just a few years, highlighted by the (then) record-smashing low September 2007 sea ice extent, was unanticipated.”
Arctic Report Card: Update for 2020 - Tracking recent environmental changes, with 16 essays prepared by an international team of 134 researchers from 15 different countries and an independent peer review organized by the Arctic Monitoring and Assessment Programme of the Arctic Council.
This is the 15th anniversary of the Arctic Report Card.

This year served up a reminder of every single aspect of Arctic change.
Sea ice? It hit its second-lowest level on record.
Temperatures? Second-highest ever recorded, with large areas persistently 7.2 to 10.8 degrees Fahrenheit (4 to 6 degrees Celsius) above normal.
Wildfires? Out of control and also unprecedented.

The report card puts these changes in context of the past few decades.
While all are jarring, this year’s wildfire activity stands out as truly exemplary of what’s happening to the region.
The report card, along with other research presented at AGU, found that Siberian fires this year burned an estimated 23 million acres, an area nearly six times the size of this year’s record blazes in California.
Alison York, a fire expert at the University of Alaska, said the area burned was “unprecedented” in 40 years of records.
It trails 2019, another massive fire year that may have contributed to 2020's extreme fire behavior.

“Many of 2019 fires did overwinter in the duff to jumpstart an early fire season in 2020’s extremely warm conditions,” York said.

Research earlier this year showed that climate change led to a 600-fold increasein the chances of fires like those seen in 2020 amid staggering 100-degree heat.
The blazes also released a record amount of carbon dioxide, as carbon-rich soil and trees went up in smoke, ensuring that more change gets baked into the system (don’t get me started on the exploding tundra).

That and the other shifts chronicled in 2020 are all exclamation points on a region in flux, with trends showing the quickening pace of transformation.
The build-up index, a measure of heat, relative humidity, and precipitation that’s used to predict fire activity, has trended way up over the past 40 years.
The ice the Arctic is known for is also disappearing and leading to widespread changes; Greenland’s ice melt has also quadrupled over the past 20 years, locking in ever greater rates of sea level rise.
In parts of the Arctic Ocean where ice-free summers are now the norm, there’s been a significant increase in temperatures over areas with ice-free summers, showing the ways that darker open water is trapping more heat in the region. 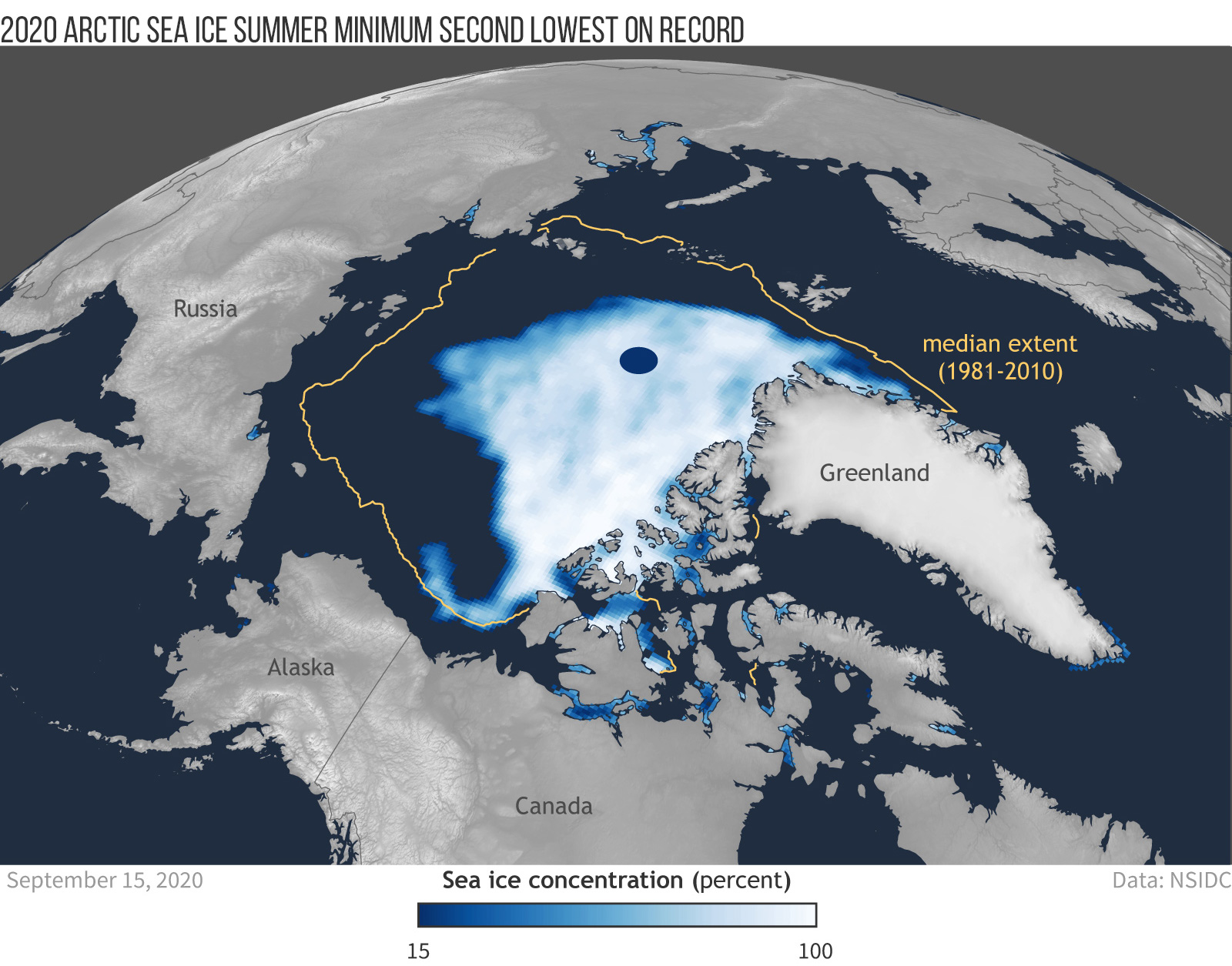 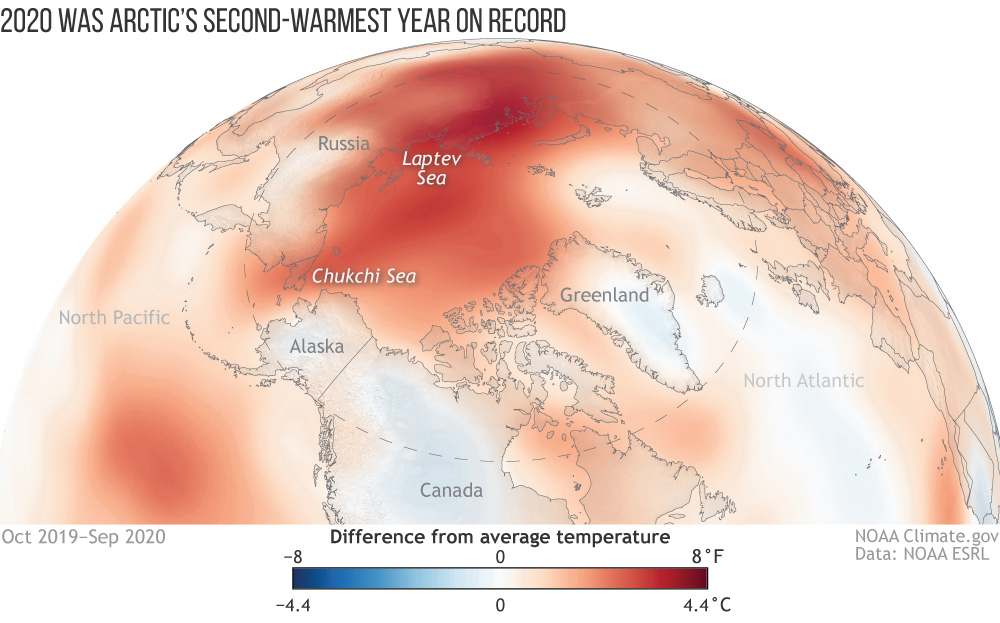 But more than the geophysical trends are the trends in shock among researchers.
The report notes when researchers began the report card 15 years ago, the changes being observed today were “unanticipated.”
It refers to shifts as a “sustained transformation.”

Rick Thoman, a researcher at the Alaska Center for Climate Assessment and Policy and report editor, noted in a press conference that the region is “warmer, less frozen, and biologically changed in ways that are scarcely imaginable even a generation ago.”

“The Arctic has achieved a ‘new normal,’” Jackie Richter-Menge, one of the report’s original (and current!) authors, said while referencing a photo she took on her first trip to sea ice on Prudhoe Bay, Alaska in March 1982, compared to one she took in February 2018.
The former showed a 30-foot-thick (9-meter) layer of sea ice, while the latter showed broken, fractured ice and open water.
Links :
Posted by geogarage at 12:47 AM