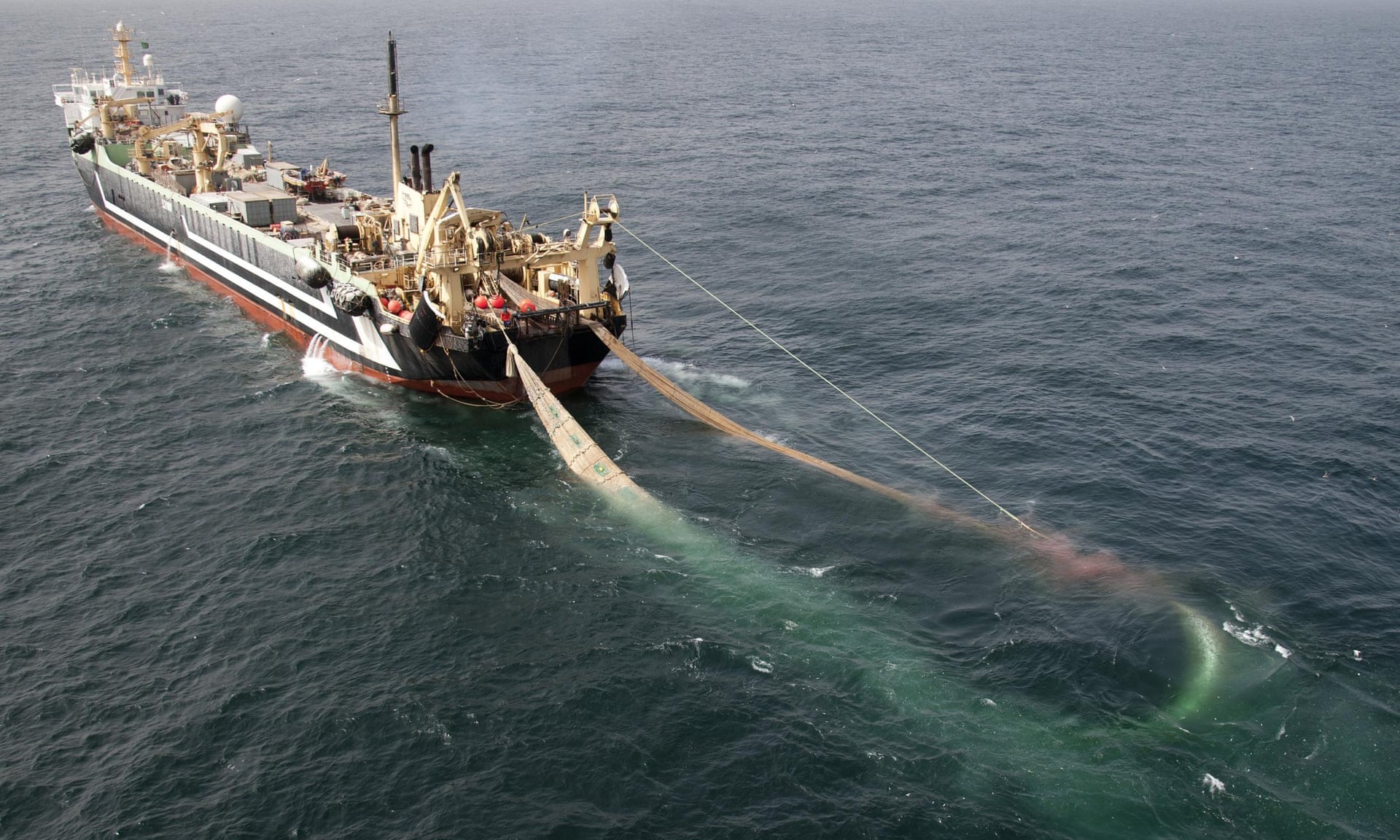 Supertrawlers spent almost 3,000 hours fishing in UK marine protected areas in 2019, making “a mockery of the word ‘protected’,” according to campaigners.

Supertrawlers are those over 100 metres in length and can catch hundreds of tonnes of fish every day, using nets up to a mile long.
A Greenpeace investigation revealed that the 25 supertrawlers included the four biggest in the world and fished in 39 different marine protected areas (MPAs). 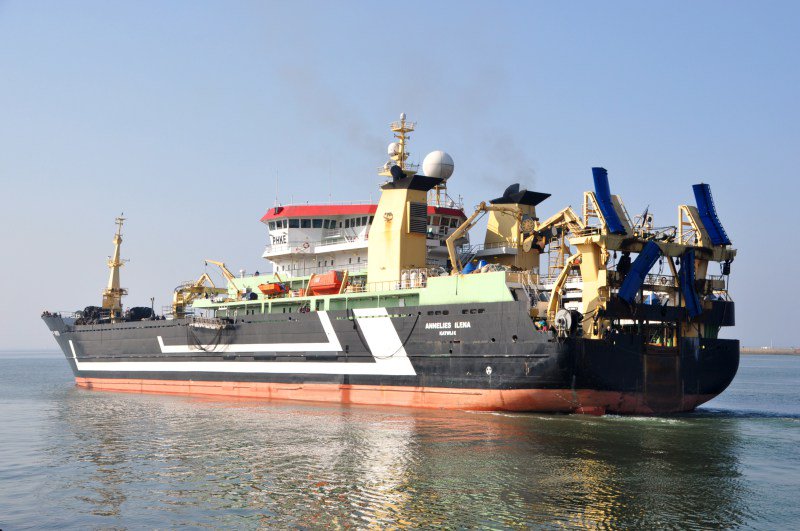 The Southern North Sea MPA was one of those fished and was created to safeguard porpoises, which are especially threatened by supertrawlers.
More than 1,000 porpoises died in fishing nets around the UK in 2019.
The most heavily fished MPA was the Wyville Thomson Ridge, off Shetland, which was intended to protect reefs.
All the supertrawler fishing was legal. 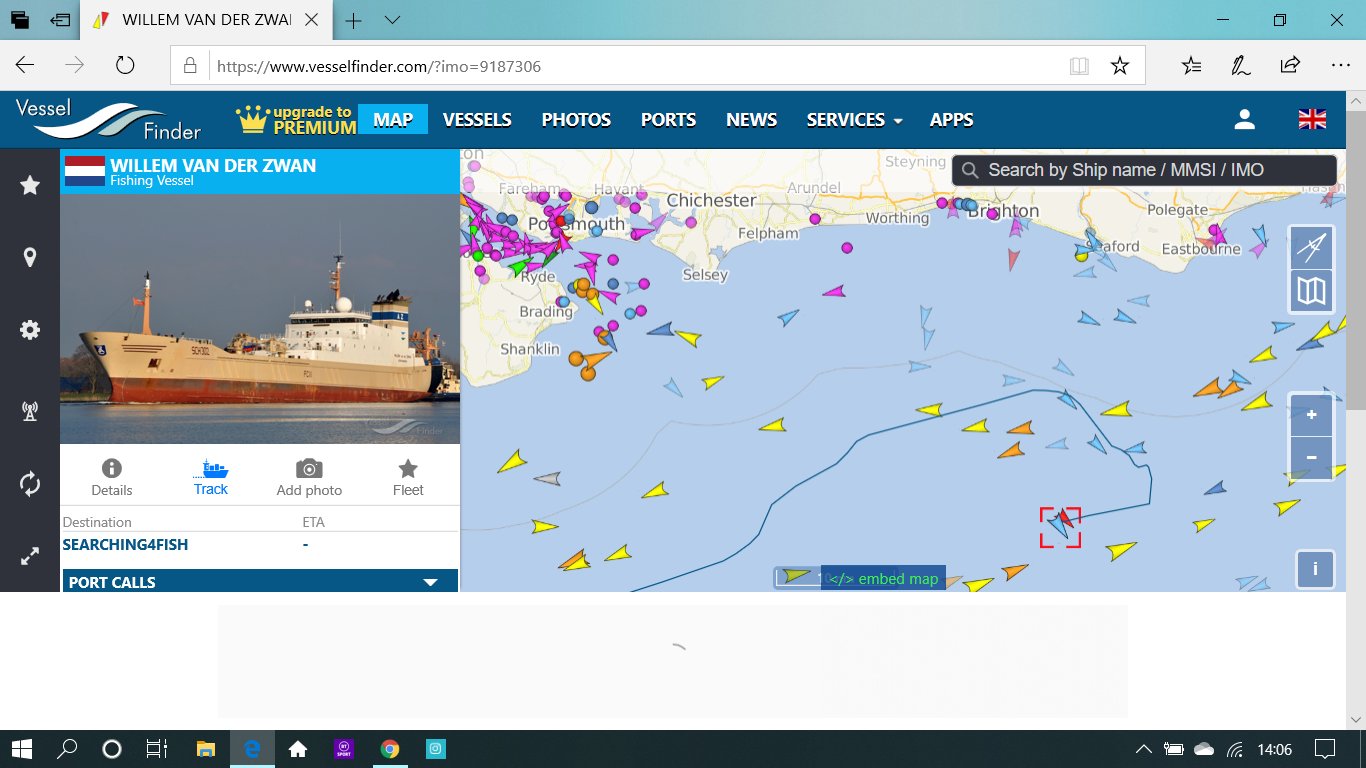 Forty per cent of England’s seas are designated as MPAs, but these only ban some of the most damaging activities in some locations.
On Monday, an independent reviewcommissioned by the government urged the establishment of highly protected marine areas (HPMAs), where all harmful activities including fishing, dredging and construction are banned.
The government’s own assessment in 2019 showed the marine environment is not in a healthy state.

“Our government allowing destructive supertrawlers to fish for thousands of hours every year in MPAs makes a mockery of the word ‘protected’,” said Chris Thorne of Greenpeace UK.
“For our government to be taken seriously as a leader in marine protection, it must ban this practice.” 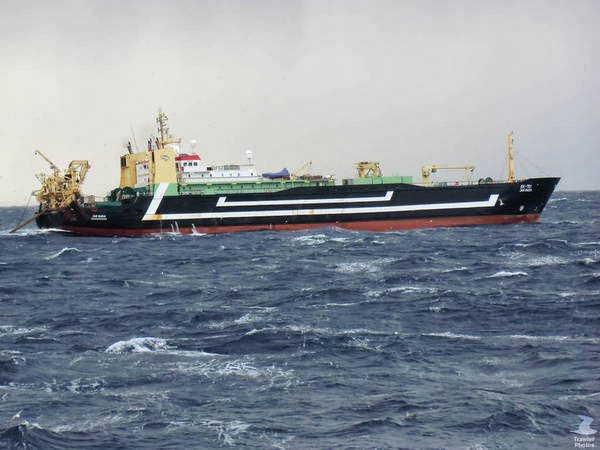 Prof Callum Roberts of the University of York, a member of the HPMA review panel, said: “The Greenpeace analysis is timely and important.
It highlights the yawning gulf between what people imagine an MPA is there for, to protect nature and wildlife, and the reality of continued industrial exploitation with little evidence of restraint or oversight.
“A high level of protection is necessary for a high level of benefit,” he said.
“We cannot be surprised if MPAs that are open to some of the most voracious and destructive fishing methods in the world have no measurable benefit at all.
“That is why the [HPMA] review is important. If we are to rescue British waters from two centuries of overfishing and destructive fishing, we will need to roll out HPMAs widely and fast.” 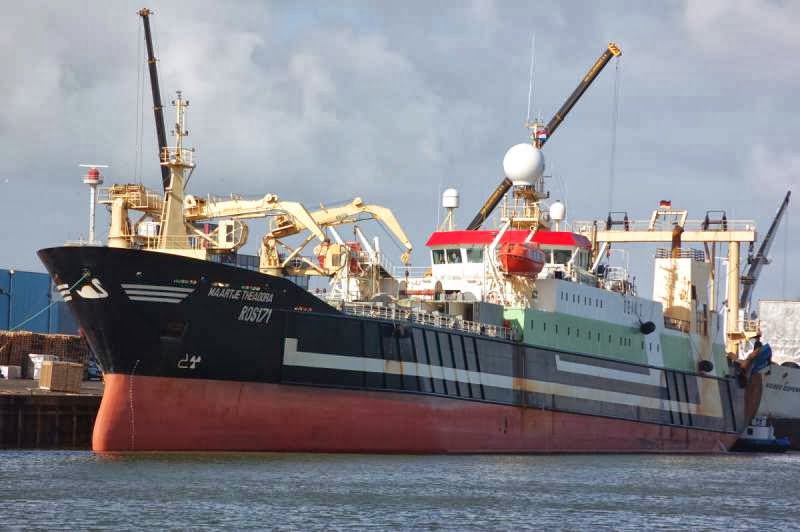 Greenpeace used tracking data from the Lloyd’s List to show that trawlers over 100 metres spent 2,963 hours fishing in UK MPAs in 2019.
None of the 25 supertrawlers are British-owned, with 15 Russian-owned, nine Dutch-owned and one Polish-owned.

A spokesman for the Department of Environment, Food and Rural Affairs said: “The UK is a global leader in the fight to protect our seas with our ‘blue belt’ of protected waters nearly twice the size of England.
The common fisheries policy currently restricts our ability to implement tougher protection, but leaving the EU and taking back control of our waters means we can introduce stronger measures.” 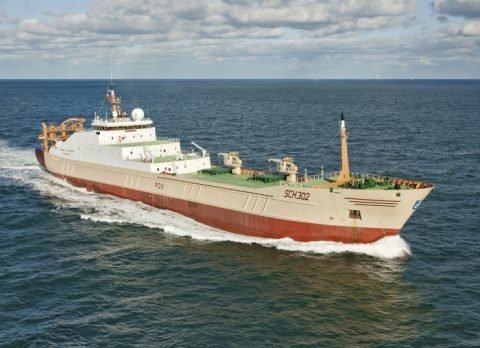 Jean-Luc Solandt of the Marine Conservation Society said: “The government had an opportunity to designate 65 HPMA sites in English waters back in 2013, but failed to do so, citing a ‘lack of evidence’ and bowing to pressure from industry and fishing lobbyists.
The [HPMA report] is promising, but means nothing if the government – after decades of delay – doesn’t get them in place with urgency.” 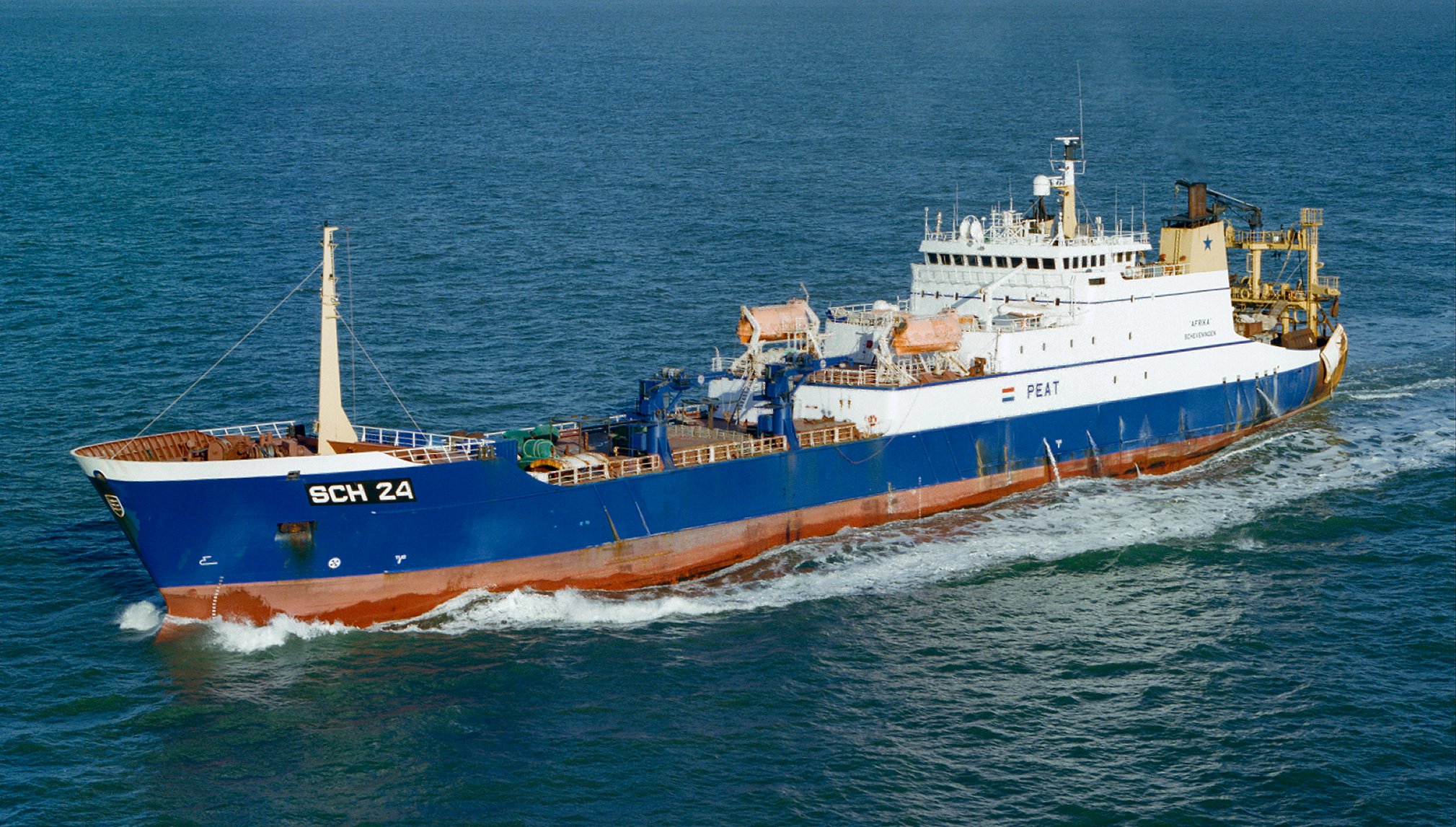 Joan Edwards, the director of marine conservation at the Wildlife Trusts and another member of the HPMA review panel, said: “Our seas are in an impoverished state. Cod were once as long as humans are tall, and whales, dolphins and basking sharks were many times more common. We want the government to commit to an HPMA delivery plan [within 12 months].”

On Monday, the environment secretary, George Eustice, said: “We will carefully consider the recommendations set out in the review.”


Supertrawlers fished in UK Marine Protected Areas for 123 days in 2019 - over a third of the year!

Yet the government claims it's a world leader in ocean protection.

Separately, more than 50 scientists have signed a letter to the European Commission, European parliament and member states calling for an end to overfishing.
Under reforms to the common fisheries policy, fishing quotas in 2020 were supposed to be in line with the maximum sustainable yield, determined by scientific advice.
However, overfishing beyond what scientists regard as safe levels has continued and looks set to carry on into future years, as the UK and the EU wrangle over fishing as part of the Brexit negotiations. A Dutch super trawler like the one used in UK waters
(Photo: Pierre Gleizes / Greenpeace)

The scientists warned that further overfishing would harm fish populations and stop them from recovering.

Overfishing also harmed the climate, he added: “If the ecosystem does not function properly, it cannot breathe properly and cannot absorb carbon dioxide properly.”