How Leonardo da Vinci made a “satellite” map in 1502

It was accurate — and incredibly imaginative.
How do you create a “satellite” map in 1502?
As the video above shows, it takes a lot of technical expertise and imagination.
Fortunately, that was Leonardo da Vinci’s expertise.
When Leonardo was installed at Imola, Italy, as politician Cesare Borgia’s military engineer, he was charged with helping Borgia become more aware of the town’s layout.
To do it, he made a groundbreaking map that combined cutting-edge surveying techniques with his artistic imagination.
The resulting “ichnographic” map was a step forward for cartography, transforming it from a partly imaginative exercise to an informational asset.
Check out the video above to see how he did it.
-From Vox by Phil Edwards-

It was a feat of technological and symbolic imagination.
And it was pretty accurate, too.
Leonardo da Vinci’s known for his art and inventions — but also his groundbreaking maps, like this one of Imola, Italy. 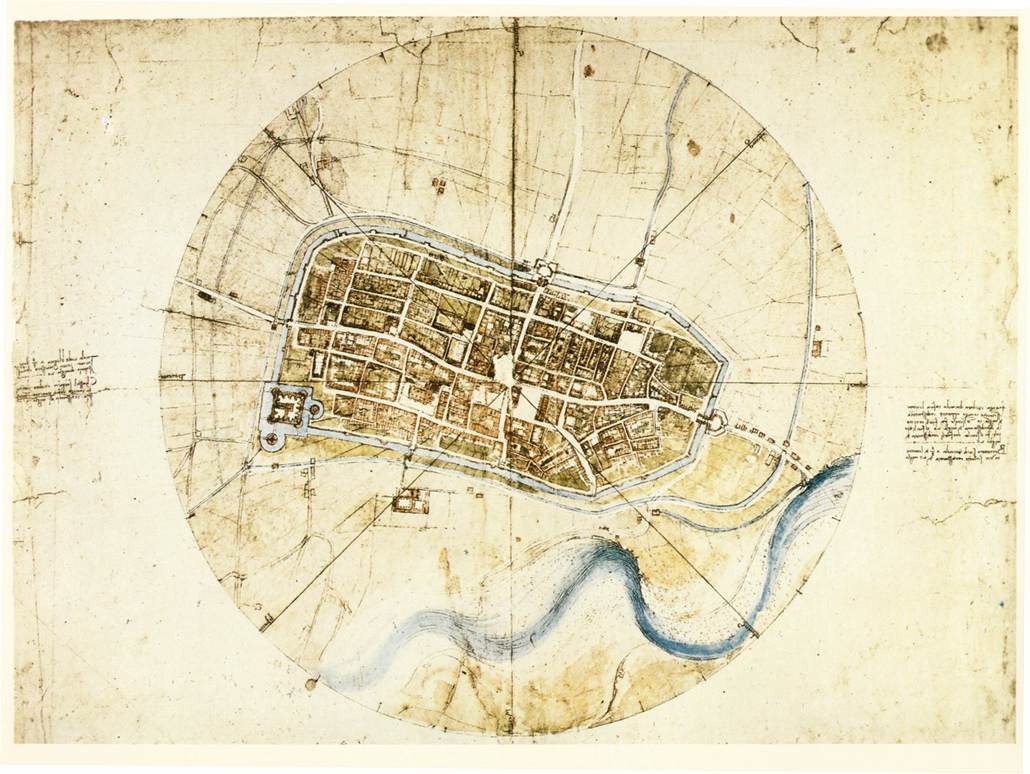 Drafting 1502’s equivalent to a “satellite” map was a massive undertaking, and Leonardo managed to pull it off.
His early map helped Italian politcian Cesare Borgia construct an idea of the town of Imola that was far more accurate than most contemporary maps.
Through the use of careful measurements of angles and pacing out distances using a primitive odometer, Leonardo managed to create a map that was very close to accurate.
This map — an “ichnographic” map — was a step forward in portraying how maps could work to represent geography.
Though it’s marked with some inaccuracies, it’s stunningly precise for the time and pushed forward the art of mapmaking.
Leonardo’s Imola remains, even today, a remarkably useful guide to the city.