Around-the-World expedition finds 200,000 species of viruses in the oceans

Samples being collected.
The research, led by scientists at the Ohio State University, has wide-ranging implications, from evolution to biotechnology to climate change.
(A. Deniaud/Fondation Tara Ocean)

From Gizmodo by Ryan F. Mandelbaum

After traveling around the world, sampling the ocean from pole to pole, scientists have uncovered nearly 200,000 populations of marine viruses.

In the marine ecosystem, tiny living things called microbes make up most of the ocean’s biodiversity and over half of its biomass.
But much less is known about the viruses—packets of genetic information that replicate inside other living things—that exist in the oceans.
Scientists set out to study the marine viral community, its diversity, and its function, especially how it impacts microbes.
On Thursday, they announced the creation of an enormous, global catalog of marine viruses, marking an important step in answering many of these questions.
“It expands our knowledge of what the biological entities on our planet are,” Ann Gregory, study author and postdoctoral researcher at VIB-KU Leuven in Belgium, told Gizmodo. 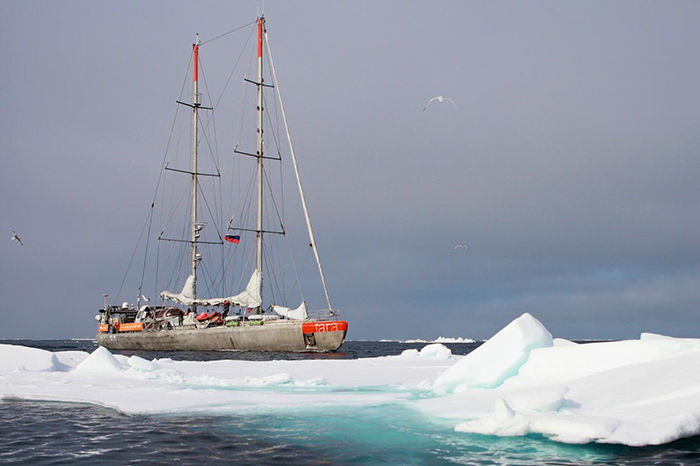 The Tara.
A rotating team of scientists boarded a sailboat called the Tara between 2009 and 2013 and collected water samples from varying depths across many geographical regions.
Those samples were then filtered and shipped to dozens of different labs that are part of an effort known as the Tara Oceans Consortium.
(A. Deniaud Garcia/ Fondation Tara Ocean)

The data comes from 146 samples taken on several expeditions aboard the the schooner Tara, including 41 samples from a 2013 trip to the Arctic Ocean.
The researchers first needed to identify whether the genetic material in the sample was viral or not, with various bioinformatic tools comparing it to known viruses, explained study co-author Ahmed Zayed, graduate student at the Ohio State University.
Then, they compare the DNA strands to one another in order to divide them into viral populations. 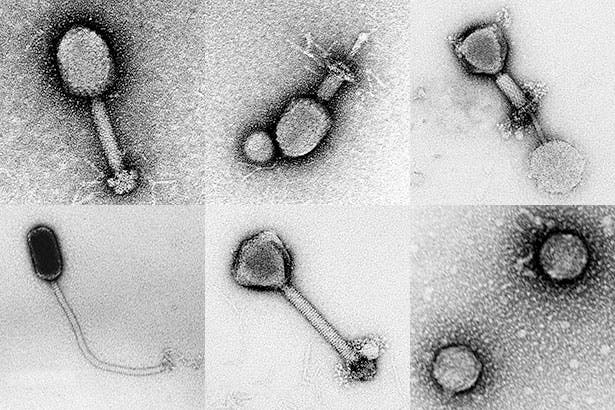 Examples of virus species from the new survey.
The new revelations about biodiversity in the Arctic are important because they provide a starting point for further research in the region -- one of the hardest hit by climate change.
Now that scientists know the Arctic is home to so many species of viruses, they can investigate why exactly that is and how much of that biodiversity will be lost as climate change continues to affect the region, Sullivan said.
The research also creates a massive data set that has biotechnological implications.
"Viruses tend to steal genes and do really interesting things with them.
So someone who's savvy in biotechnology can mine this data set to find new enzymes that can help us in our everyday lives, whether that's cosmetic products or creating a new thermocycler or some sort of engineering process," Sullivan explained.
Image credits: Jennifer Brum.

The analysis revealed 195,728 populations of viruses, 12 times more than the previous analysis on a smaller Tara dataset, according to the paper published in Cell.
A closer look revealed that these populations seem to sort into five meta-communities, which the researchers call ecological zones: Arctic; Antarctic; deeper than 2,000 meters; 150 to 1,000 meters; and temperate/tropical waters with depths of 0 to 150 meters.
Perhaps surprisingly, latitude didn’t predict viral diversity.

Matthew Sullivan, a microbiologist at the Ohio State University and one of the study's authors, called it a road map to understanding how viruses affect ecosystems in the ocean.
"Having that road map helps us do a lot of the things we'd be interested in to better understand the ocean and, I hate to say it, but maybe to have to engineer the ocean at some point to combat climate change," Sullivan told.
Jennifer Brum and Matt B. Sullivan / Lab. Ohio State

It’s an exciting piece of work.
Microbes are perhaps the key drivers of the ocean’s biochemical processes, and microbes are infected by viruses.
“I think that people are aware that viral diversity far exceeds that of the vast microbial diversity,” Alison Buchan, professor at the University of Tennessee, Knoxville, told Gizmodo.
“But there have not been a great number of studies that have tried to quantify the extent of that diversity.”

The study revealed that viruses are organized into five distinct ecological zones throughout the ocean.
It also revealed new hotspots of biodiversity -- areas that are rich in species but also under threat from human activity.
Some of the most surprising hotspots they found were in the Arctic Ocean.
The study could also help scientists better understand how viruses affect Earth's atmosphere -- and how viruses can help mitigate the effects of climate change, Sullivan said.
Marine organisms produce half the oxygen we breathe, and the ocean removes half the carbon dioxide that humans emit into the atmosphere, acting as what Sullivan calls a "climate change sponge."
That process is largely driven by viruses.
Through this research, Sullivan said, scientists could potentially engineer oceans to fight climate change -- meaning they could manipulate viruses in a way that would remove even more carbon dioxide from the air.
"There's a lot of understanding that needs to happen to do that in a societally responsible way, but I think that this kind of study provides quite a foundation to start thinking in that manner," Sullivan said.
© François Aurat / Tara Foundation

What do you do with such a large dataset?
Mainly, you research it to try to better understand the roles of all these viruses.
Like how the rabies virus can increase the aggression of an infected animal to facilitate transmission, maybe some of these viruses are important for the ocean’s chemical processes.
Many of them also lead to the death of the microbes.
And maybe this vast new store of genetic information contains something that will be useful to humans.
“Perhaps you can mine it for new genes,” Gregory said. May researchers will discover novel antibiotics using this genetic information.


What you didn't know about viruses in the ocean | Karen Weynberg
Marine viruses are the dark matter of the world's oceans.
We know more about deep space than we do of the viruses we share Planet Earth with.
Together, let's unlock the secrets of this microscopic world that undoubtedly holds great potential for discovery.

This dataset is certainly not comprehensive, Gregory and Zayed warned.
It includes only viruses that contain DNA, rather than those that contain RNA (somewhat simply, DNA is composed of a pair of complimentary strands of genetic material, while RNA is composed of a single strand).
Buchan also noted that it’s more of a snapshot in time. Six months later, they might have collected different results, she said.

This research is a great reminder that, as much as we know about life on Earth, the oceans remain full of unknowns.