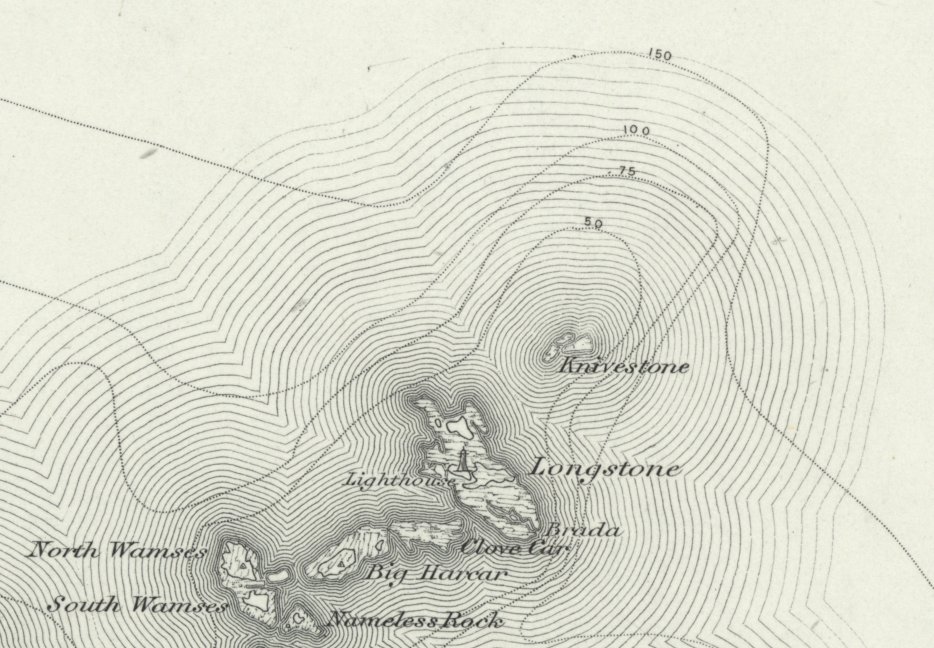 Two things are unusual about this OS one-inch map from 1903: I've never seen aesthetic depth contours and surveyed contours on top of each other before, and there's a rock that's been given the name 'Nameless Rock'.

The Farnes consist of almost thirty islands which are visible at high tide and many others visible at low tide. 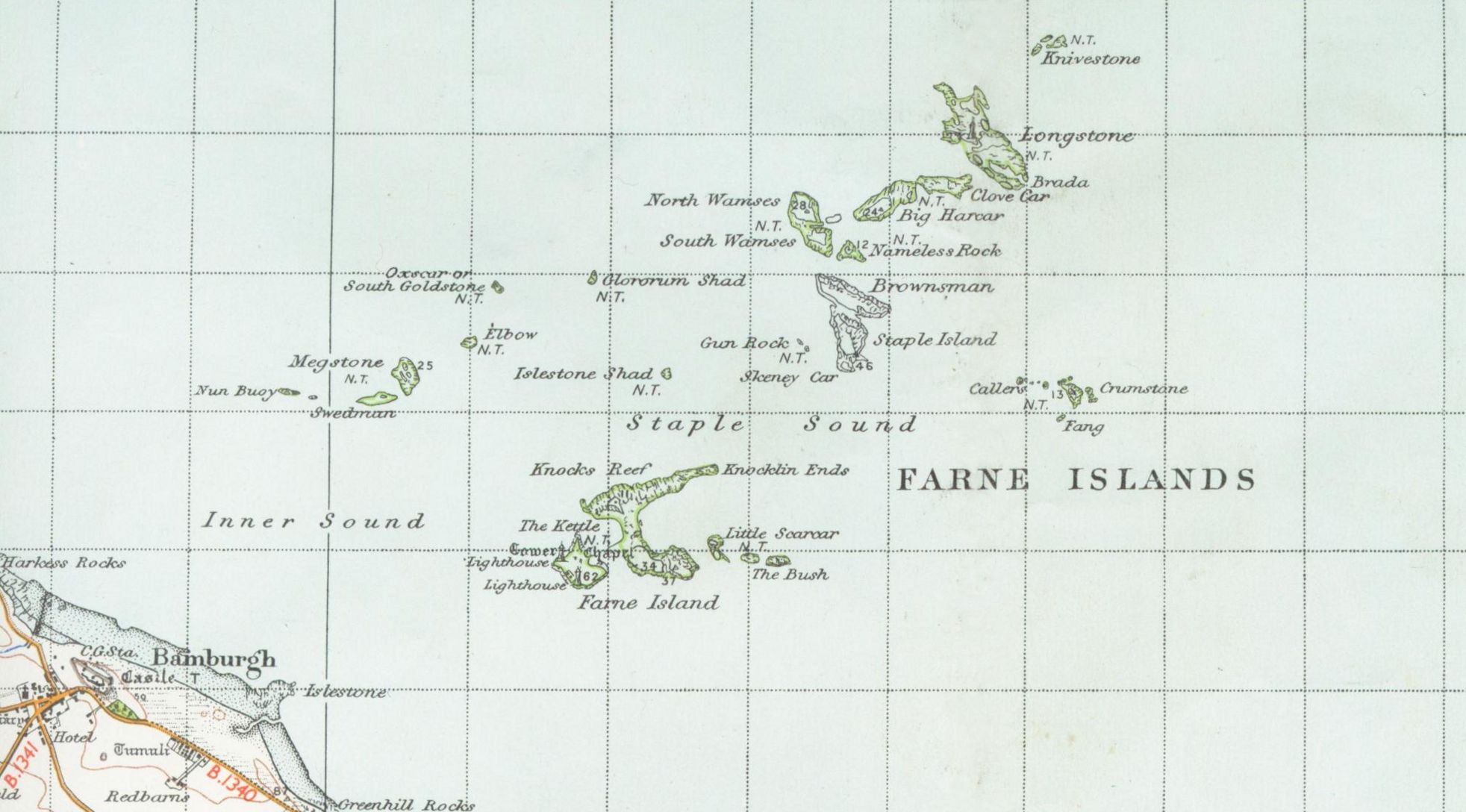 Some of the islands have wonderful names like Megstone, Elbow, Wideopens, Goldstone, The Bush, Glororum Shad, Gun Rock, Staple Island, Brownsman, Callers, Crumstone, Fang, North and South Wamses, Roddam and Green, Big and Little Harcar, Nameless Rock, Blue Caps, Longstone and furthest out at four and half miles from the shore, Knivestone. 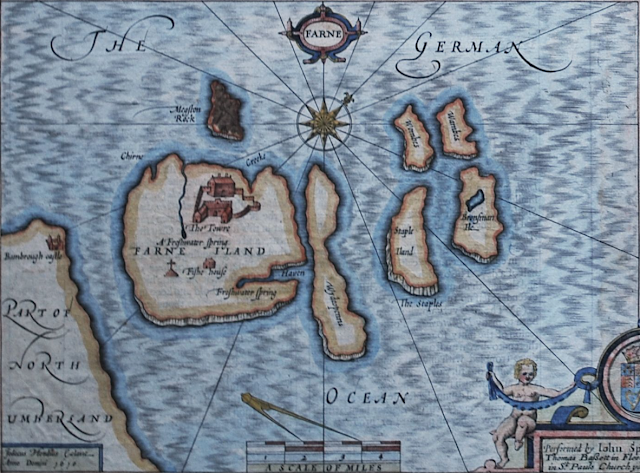 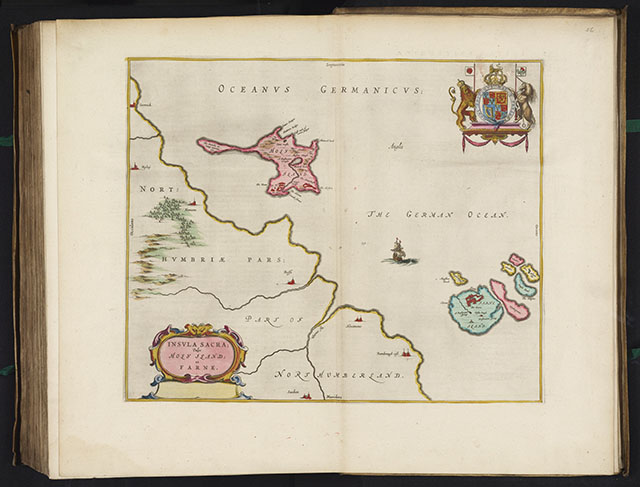 Map of Lindisfarne (formerly Holy Island) and Farne Islands off the coast of Northumberland,
northeast England (1665)
courtesy of David Rumsey 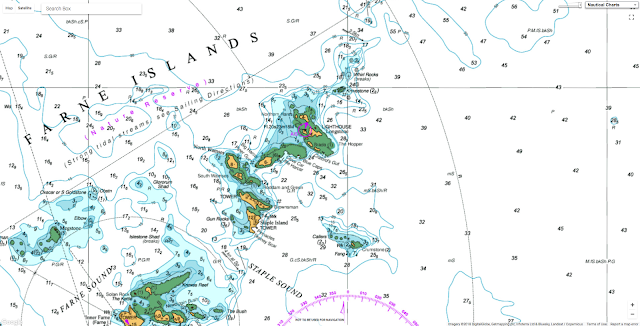 The Farnes are formed by the most seaward outcrops of the volcanic intrusion called the Great Whin Sill.

The sill can be traced from Upper Teesdale in Durham where it forms the High Force waterfall, all the way up to the north Northumberland coast where it makes the Farne Islands and the rocks upon which sit the castles of Lindisfarne, Bamburgh and Dunstanburgh.
The rock gives the Farne Islands their distinctive blackened appearance.
Posted by geogarage at 1:09 AM