It's taken 103 years of searching but the wreck of Australia's first naval submarine has been found.
The HMAS AE-1 was the first Allied submarine lost in World War One.


From CNN by Amanda Coakley

The wreck of Australia's first submarine has been discovered off the coast of Papua New Guinea after disappearing without a trace 103 years ago. 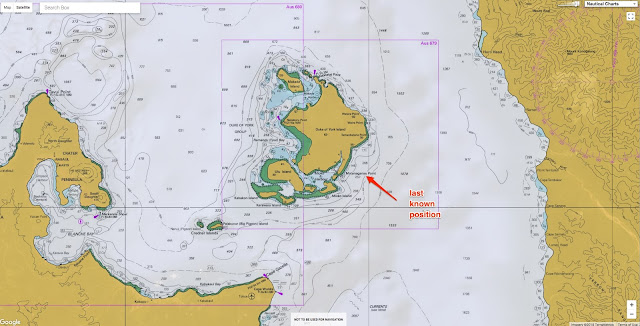 "Australia's oldest naval mystery has been solved," said Australia's Minister for Defense Marise Payne.
The Royal Australian Navy submarine HMAS AE1, which was carrying 35 crew members from Australia, Britain and New Zealand, sank near Rabaul on the island of New Britain on September 14, 1914.
World War I had begun just a few weeks earlier and the disappearance marked the country's first loss in the conflict.
"This is a great day for Australian maritime history," said Brendan Nelson, director of the Australian War Memorial, in a statement.
"When the AE1 went missing in 1914 it had a profound impact on our young nation," he said. "Now we can properly mourn the deaths of those men who served in AE1, and commemorate their sacrifice in a meaningful and fitting way."
Following the discovery, those on board the survey vessel that found it held a small commemorative service to remember those who lost their lives.
Efforts are being made to find any descendants of the submarine's crew members. 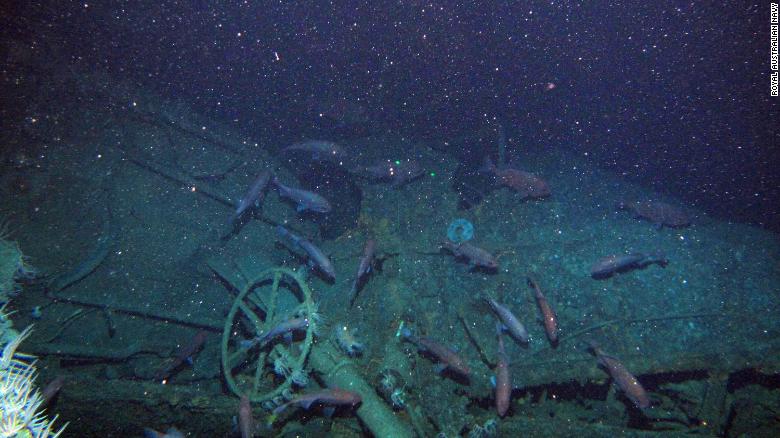 The submarine has been described as "remarkably well preserved."

An expedition set out earlier this week to search the waters near the Duke of York Island group in Papua New Guinea.
The team of maritime surveyors, marine archaeologists and naval historians used a multi-beam echo sounder and side-scan technology in an underwater drone flying 40 meters above the seabed to scour the area.
According to Defense Minister Payne, this was the 13th time a team had set out to search for the missing submarine.
The AE1, Australia's first submarine, was commissioned at the outbreak of World War I. Along with one other submarine (AEII) and several cruisers and destroyers, it was sent to New Guinea -- a German colony at the time -- to serve in operations against the enemy, according to maritime archaeologist Michael McCarthy.

But just six weeks after the start of the war, AE1 mysteriously disappeared while on patrol.
A search for the vessel "was quickly abandoned" when Australian units in the area were required elsewhere, McCarthy wrote in a 2009 essay.
"AEI was then forgotten by all bar a few."
Searches in the late 1970s and 1980s were unsuccessful, as were more recent efforts spearheaded by John Foster, a commander in the Australian Navy, who spent his retirement searching for AE1 but died in 2010.
"When a submarine just disappears, it can be anywhere," Innes McCartney, nautical archaeologist and Leverhulme research fellow at Bournemouth University in the UK, told CNN.
Search teams are often working across a very large area and in very deep water, he explained.
"There are hundreds and hundreds (of submarines) on the bottom of the ocean," McCartney said. "They are generally chance finds."
The first glimmer of hope this week came when the search vessel Fugro Equator identified an "object of interest" 300 meters below the surface.
After producing a three-dimensional rendering of the object, the team dropped a camera to confirm the find.
The vessel seems to be "remarkably well preserved and apparently in one piece," according to the Ministry of Defense. 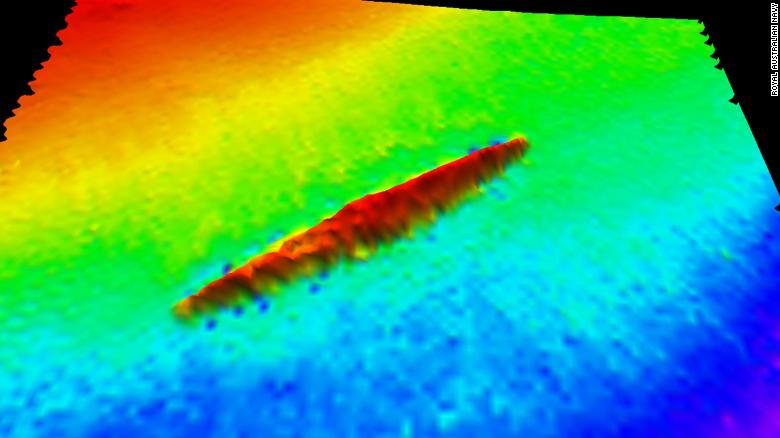 The cause of the sinking is not yet known.
While some believe the vessel could have struck a reef while moving in poor visibility, others think it was lost in a practice dive.
According to McCartney, there is a "very good chance" that archaeologists will be able to solve the mystery by studying the outer surfaces of the wreck.
These submarines, which were designed and built in Britain, "were successful and they were reliable," said McCartney.
"But submarining is inherently dangerous and submarines hadn't been around that long."
The war was their "first great test."
Mark Sander, president of the Submarine Institute of Australia (SIA), one of the organizations involved in the search, described the discovery as "both a satisfying and somber occasion."
"Australia will never forget the crew of HMAS AE1 who are on eternal patrol," he said in a statement.
A number of groups were involved in the expedition along with the SIA, including the Australian National Maritime Museum, the Silentworld Foundation, Fugro Survey and the Papua New Guinea government as well as the Australian Royal Navy.