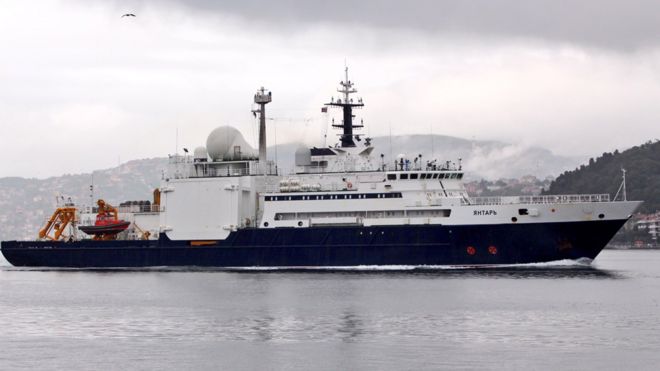 From BBC by Laurence Peter

The Russian navy is very proud of its new spy ship, the Yantar, which is now doing Argentina a favour by helping to search for a missing submarine.

Argentina has given up trying to rescue the 44 crew aboard the ARA San Juan, which disappeared on 15 November.
But it still wants to find the diesel-electric submarine.

Enter the Yantar, officially an oceanographic research vessel, but actually bristling with surveillance equipment, and the mother ship for manned and unmanned deep-sea submersibles. 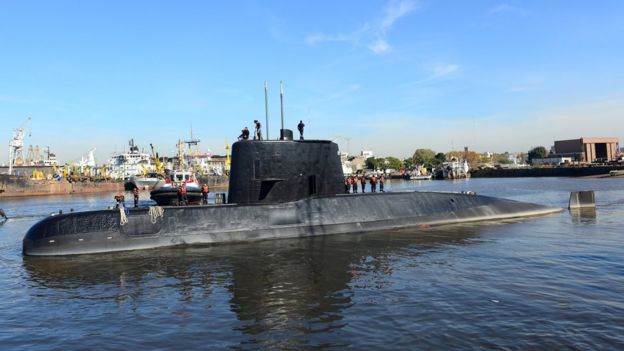 But what else has the Yantar (Russian for "amber") been up to?

The Yantar's movements were apparently what prompted a warning last month from the UK military that Russia could disrupt or cut vital undersea communications cables.
The chief of the UK defence staff, Air Chief Marshal Sir Stuart Peach, said such a strike against internet and other communications cables could be "catastrophic".
Dozens of fibre-optic cables span the globe and Nato also has dedicated military cables on the ocean floor. 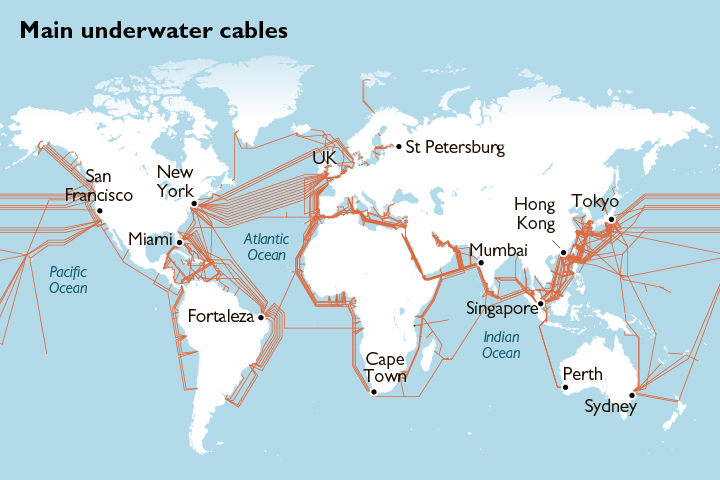 The Yantar is capable of tampering with them, says Igor Sutyagin, a London-based expert on the Russian military.
But there is no evidence that it has done so.
"It's difficult to tap into optical fibres - it's just light inside, not electrical data," he told the BBC.
"It would be easier just to cut the cable."

Mr Sutyagin noted that in the 1970s, during the Cold War, the US Navy had lost control of a Sosus undersea listening post for tracking submarines in the Atlantic.
Sosus stands for "Sound Surveillance System".
The US military concluded that a Soviet submarine had cut the cables.
In the same period the US military, reports say, planted listening devices on Soviet undersea cables in the Sea of Okhotsk, where Soviet submarines were based.

A news report from the Russian parliament says the Yantar can do just such clandestine work, using deep-diving submersibles.
"The Yantar has equipment designed for deep-sea tracking, and devices that can connect to top-secret communications cables," said Parlamentskaya Gazeta (in Russian) last October.
Mr Sutyagin, of the Royal United Services Institute, says the Yantar belongs to Russia's Main Directorate of Underwater Research (GUGI in Russian), part of the defence ministry.

Russia already has several older spy ships.
In April, one of them, the Liman, sank off the Turkish coast after being breached in a collision with a freighter.
All its crew were rescued.

The Yantar can deploy the three-man submersibles Rus and Konsul, which can dive to about 6,000m (20,000ft).
The Rus submersible has a crew of three and dived to 6,180m in the Atlantic 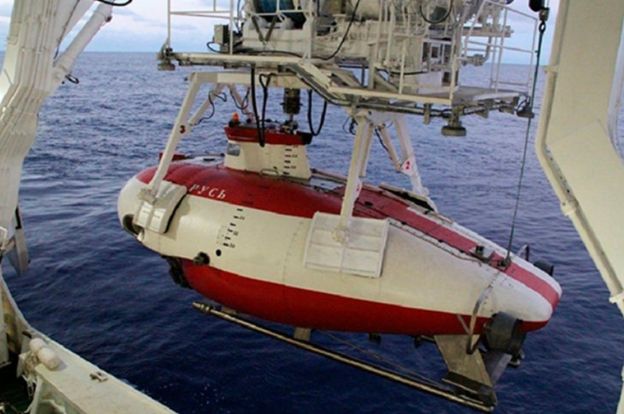 The Rus submersible has a crew of three and dived to 6,180m in the Atlantic
photo Russian Defence Ministry

Spying on the US

The Russian parliamentary report noted that in the summer of 2015 the Yantar had deployed near the US Kings Bay naval base in Georgia.
"According to Pentagon officials, the Russians were gathering intelligence on US submarines' equipment, including underwater sensors in the DoDIN network," the Russian report said.
Mr Sutyagin said the US underwater sensors near Kings Bay would be interesting for the Russian military, which might wish to copy the US technology.

In late 2016 the Yantar was found to be loitering over undersea communications cables off the Syrian coast, including some links to Europe.
The Yantar's frequent stops at points along a cable route suggested that a submersible was examining the sea floor, the report said. 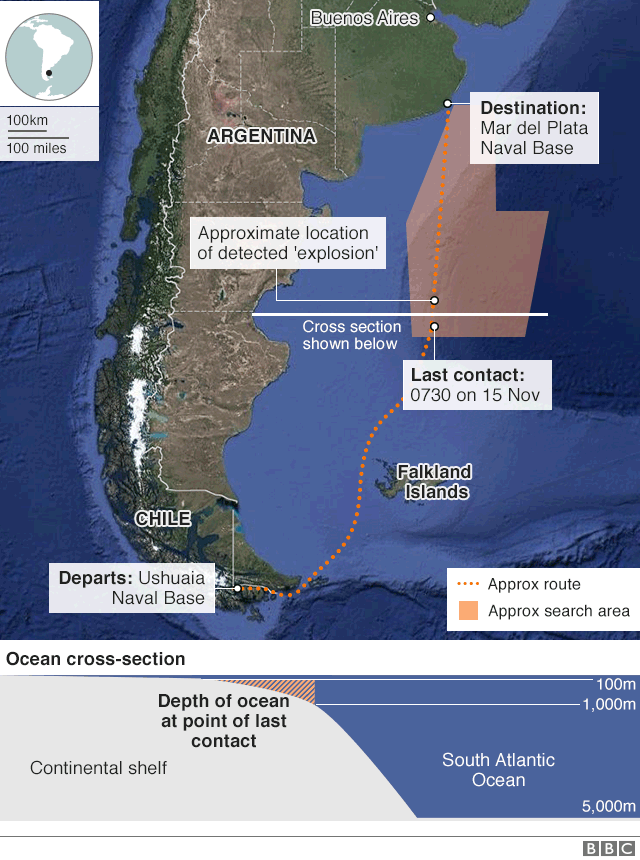 According to Argentina's Navy document,
the last known position of the ship on November 15 was 46°44 ‘ south, 59°54’ west.
Mystery of ARA San Juan
Search and rescue

Besides the Argentina mission, the Yantar has been used previously for search and recovery.
The Russian parliamentary report said the ship had located two Russian fighter jets - a Su-33 and a MiG-29 - that crashed into the Mediterranean in 2016, during the Syria war.
The Yantar "recovered secret equipment from the planes in good time", the report said.
That could be secret radar or missile data, or the "identification, friend or foe" system, Mr Sutyagin said.

In 2000 a ship like the Yantar might have saved some Kursk sailors' lives and literally salvaged the Russian navy's reputation.