How small island states are transforming themselves into big ocean powers

In a fragile ecosystem, how do you conserve limited resources for future generations?
That's the question that the small Pacific island nation of Palau is grappling with as it tries to combat illegal fishing.
The country's rich marine ecosystem is now at risk, as boats from Southeast Asia venture farther into its crystalline waters in search of tuna and other prized fish.
Watch part one of our two-part series, "Sea Change," a Great Big Film by our friends at Vacationland.

From Newsdeeply  by Todd Woody

At a mere 8 square miles (21 square km), the South Pacific island nation of Nauru – population 10,000 – ranks as the smallest member of the United Nations by land area. 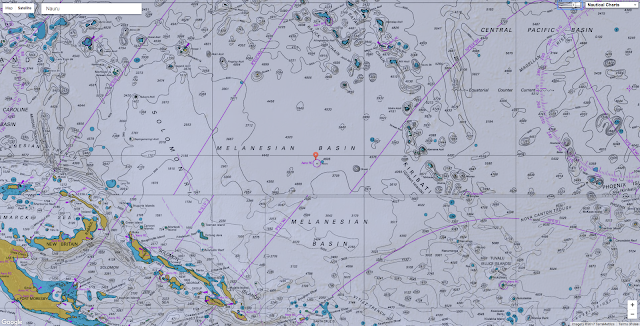 Yet Nauru controls 119,000 square miles (308,480 square km) of the surrounding ocean designated as its Exclusive Economic Zone (EEZ), including some of the Pacific’s richest tuna fishing grounds.
To the southeast, the Cook Islands’ 21,000 citizens manage 734,000 square miles of tropical ocean, while to the northeast, Kiribati’s EEZ consists of 1.3million square miles of the sea surrounding the nation’s 33 coral atolls.

“We are 99.99 percent ocean,” Nauru’s ambassador to the U.N., Marlene Moses, said at the recent U.N.Ocean Conference.
“We are ocean people. We are the custodians of the biggest ocean mass in the world. We call ourselves big ocean states, the boss.”

The South Pacific’s so-called small island developing states are increasingly taking the lead in fighting overfishing, plastic pollution and climate change by creating large marine protected areas and working together to leverage their control of huge swaths of the Pacific.

“We’re here to project our voices and protect our interests,” said Moses.
“The ocean is our interest, the ocean is our livelihood, and we will continue to do everything that we can in our power, regardless of how small we are, to ensure that we have a resilient ocean, and that it continue to be productive for us and for future generations.”

Rising sea levels, ocean acidification, overfishing and plastic pollution pose existential threats to island nations dependent on tourism and fishing, and whose culture is intimately tied to the sea.
Bleaching events triggered by warming ocean temperatures have killed coral reefs across the Pacific home to 25 percent of the planet’s fish species.
The incursion of industrial fishing fleets into the high seas of the South Pacific and the territorial waters of island states has decimated commercial fish stocks.
And remote islands are increasingly awash in plastic trash.

“With over 75 percent of our fish stocks exploited, overexploited or collapsed, fish populations are much smaller in terms of number of schools and number of fish,” Palau’s president, Tommy Remengesau, told a gathering of South Pacific leaders and fisheries experts at the U.N.conference earlier this month.
“If we continue this way, the future is unsustainable for fishing and tourism.”

Palau, with a population of 21,000, is in the process of designating a marine sanctuary that will ban fishing in 80 percent of its 234,000-square-mile EEZ.
Only small-scale “artisanal” fishing will be permitted in the remaining 20 percent. 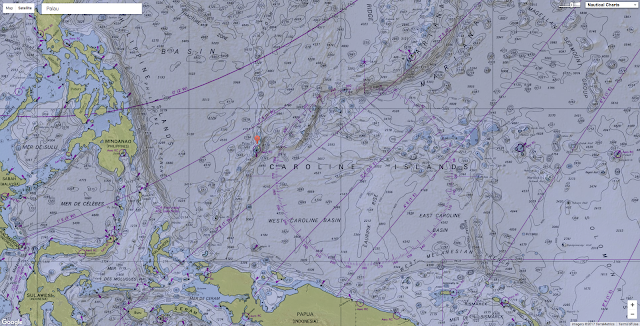 Cook Islands, meanwhile, is moving to transform its entire 734,000-square-mile EEZ into a protected marine sanctuary that will run, in Prime Minister Henry Puna’s words, “from ridge to reef and reef to ocean.”
“We had a vision to turn our little country into the cleanest and greenest tourist destination in the whole wide world,” Puna said at a panel on creating large marine protected areas.
“As ocean voyagers we have always treated the ocean with respect from time immemorial. This is an integral part of our culture.” 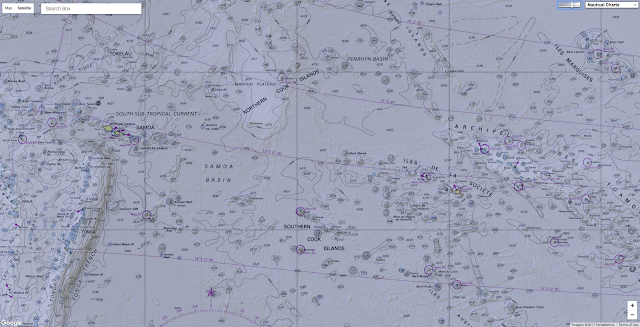 A growing body of scientific evidence shows that establishing large marine protected areas allow fish stocks to recover, protects coral reefs, and can reduce the impacts of climate change, providing both environmental and economic benefits.
The concept is also rooted in an ancient tradition shared across the Pacific – called rāhui in some cultures – where priests would ban fishing in certain areas to allow stocks to recover.

A tuna fisher with his catch on Rapa Nui (Easter Island).
(Franco Barbagallo)

Eight Pacific island nations control about a third of the global tuna supply and 60 percent of tuna in the central and western Pacific.
In 2010, the Federated States of Micronesia, Kiribati, the Marshall Islands, Nauru, Palau, Papua New Guinea, Solomon Islands and Tuvalu signed the Nauru Agreement to promote more sustainable fishing by restricting the take of tuna in their EEZs and banning destructive fishing practices.

The Nauru Agreement could serve as a model for other cooperative efforts by Pacific island states to protect the ocean, according to Seth Horstmeyer, a director of the Pew Bertarelli Ocean Legacy project at the Pew Charitable Trusts who works closely with Pacific island governments on marine protection issues.
“Countries that have large EEZs aren’t getting a lot of benefit from foreign fisheries,” he told Oceans Deeply.
“Most of the fish caught in Palau were exported, and fishing money doesn’t really travel through the economy as much as tourism dollars do.
Island nations are really leading the way on ocean protection.”


Sixty percent of the world's tuna comes from the western and central Pacific Ocean.
And while the small island nation of Palau is leading the way in developing a sustainable seafood supply, there's still work to do.
Roughly one-third of the catch from Palau's long-line fisheries are non-target species, meaning that millions of turtles, dolphins, rays and sharks end up as "road kill" on the undersea highway.
The challenge for the island's seafood industry is balancing catch levels with conservation efforts.
Watch part two of our Great Big Film, "Sea Change," by our friends at Vacationland.

With the U.S. and China maintaining a low profile at the U.N. Ocean Conference, island nations stepped up to make “voluntary commitments” to take specific actions to achieve the sustainable development goals.
French Polynesia, for instance, committed to transform its 1.9 million-square-mile (5 million square km) EEZ into a marine managed area “to sustainably use our marine environment and its resources for our current and future generations.”
Indonesia, meanwhile, pledged to spend $1 billion (financed by Denmark) to slash plastic debris 70 percent by 2025.
The country also announced it would make available location data for its entire commercial fleet in a first-of-its-kind move designed to encourage other nations to do the same so illegal fishing can be better tracked.

Indonesia also has taken a more direct approach to fighting illegal fishing: blowing up unauthorized boats caught in its waters.
“Since 2014, we have had an increase of 6 million tons of sustainable catch worth $1 billion,” Susi Pudjiastuti, Indonesia’s Minister of Maritime Affairs and Fisheries, said in May at a conference in Washington, D.C.
“It only cost $8 million to blow up illegal fishing boats so combating illegal fishing is a very profitable business.”

Horstmeyer said cash-strapped Pacific island nations face challenges in enforcing fishing bans in large marine protected areas, though tracking and data technologies have made it easier to remotely catch rogue fishers.
As Ambassador Moses of Nauru noted, “You can drive around Nauru in less than 30 minutes.
Monitoring and protecting an ocean that is 15,000 times the size of your land mass takes more than 30 minutes. We need support and help.”