Greenland's huge annual ice loss is even worse than thought 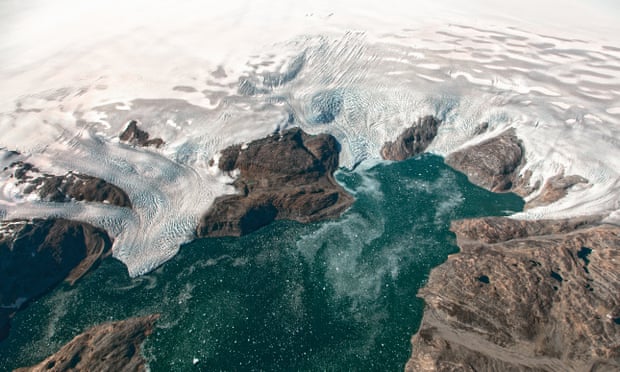 Aerial surveys show two glaciers flowing into Johan Petersen fjord in south-eastern Greenland.
The melting of the ice sheet would cause oceans to rise by six metres around the world if it was lost entirely.
Photograph: Jeremy Harbeck/Icebridge/NASA

Ice cap is disappearing far more rapidly than previously estimated, and is part of a long-term trend, new research shows

The huge annual losses of ice from the Greenland cap are even worse than thought, according to new research which also shows that the melt is not a short-term blip but a long-term trend.
The melting Greenland ice sheet is already a major contributor to rising sea level and if it was eventually lost entirely, the oceans would rise by six metres around the world, flooding many of the world’s largest cities.
The new study reveals a more accurate estimate of the ice loss by taking better account of the gradual rise of the entire Greenland landmass.
When the ice cap was at its peak 20,000 years ago, its great weight depressed the hot, viscous rocks in the underlying mantle.
As ice has been shed since, the island has slowly rebounded upwards.
Previous satellite estimates of modern ice losses tried to take this into account, but precise new GPS data showed much of Greenland is rising far more rapidly than thought, up to 12mm a year.
This means 19 cubic kilometres more ice is falling into the sea each year, an increase of about 8% on earlier figures. 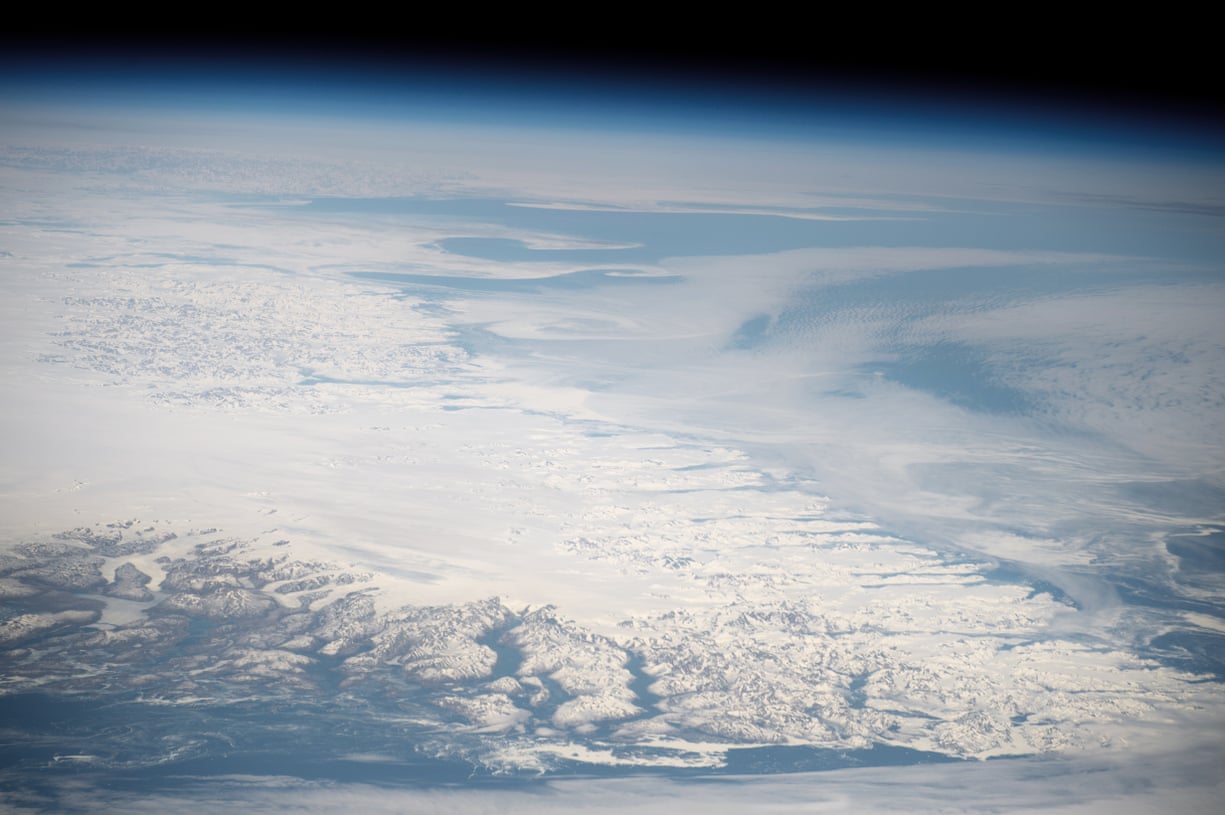 The southern tip of Greenland seen from space.
Photograph: ISS/NASA

The faster rebound is thought to be the result of hotter, more elastic mantle rocks under eastern Greenland, a remnant from 40m years ago when the island passed over the hot spot that now powers Iceland’s volcanoes.
The new work was also able to reconstruct the ice loss from Greenland over millennia and found that the same parts of Greenland - the north-west and south-east - were where most ice is being lost both in the past and today.
This means the rapid ice loss recorded by satellite measurements over the last 20 years is not likely to be a blip, but part of a long-term trend being exacerbated by climate change.
Global warming is driving major melting on the surface of Greenland’s glaciers and is speeding up their travel into the sea.
“The fact that we are seeing such a similarity of past and present behaviour suggests we could lose ice in these regions for decades into the future,” said Prof Jonathan Bamber, at the University of Bristol, UK, and one of the international team of scientists who carried out the new study, published in Science Advances.

Bamber said the presence of a long-term trend does not mean global warming is not a crucial factor: “One thing we can be certain of is that a warmer atmosphere and a warmer ocean is only going to accelerate this trend.”
“The headlines of climate change and melting polar ice are not going to change,” said Dr Christopher Harig, at the University of Arizona, who was not involved in the study.
“The new research happening now really speaks to the question: ‘How fast or how much ice can or will melt by the end of the century?’ As we understand more the complexity of the ice sheets, these estimates have tended to go up. In my mind, the time for urgency about climate change [action] really arrived years ago, and it’s past time our policy reflected that urgency.”

Melt water on the surface of Greenland ice sheet 10 June, 2014 and 15 June, 2016.
Every spring or early summer, the surface of the sheet transforms from a vast white landscape of snow and ice to one dotted with blue meltwater streams, rivers, and lakes.
In 2016, the transition started early and fast.
Credits: OLI/Landsat 8 and ALI/Earth Observing-1/Nasa

Dr Pippa Whitehouse, at the University of Durham and also not involved in the new research, said: “This study highlights the powerful insight that GPS measurements can give into past and present ice loss. Using such measurements, this study demonstrates that some of the highest rates of ice loss across Greenland - both in the past and at present - are found in areas where the ice sheet flows directly into the ocean, making it dangerously susceptible to future warming in both the atmosphere and the ocean.”


This video shows images from a science flight on August 27, 2016, over a heavily crevassed portion of the Rink Glacier in western Greenland.
NASA's Operation IceBridge flies with a high-resolution camera on board, pointing straight down and taking overlapping images during the entire flight. These images represent a data product in their own right, and also provide a visual reference to help researchers better understand the data they get from other instruments.
(NASA/Rob Russell)

The team behind the new research said better estimates of continental rebound rates could be even more significant in estimates of ice loss from the world’s biggest ice cap, in Antarctica, but that sparse data from the remote continent made analysis difficult.
In April, very high temperatures led to a record-breaking early onset of glacier melting in Greenland, while another satellite study in August reaffirmed the rapid loss of ice.