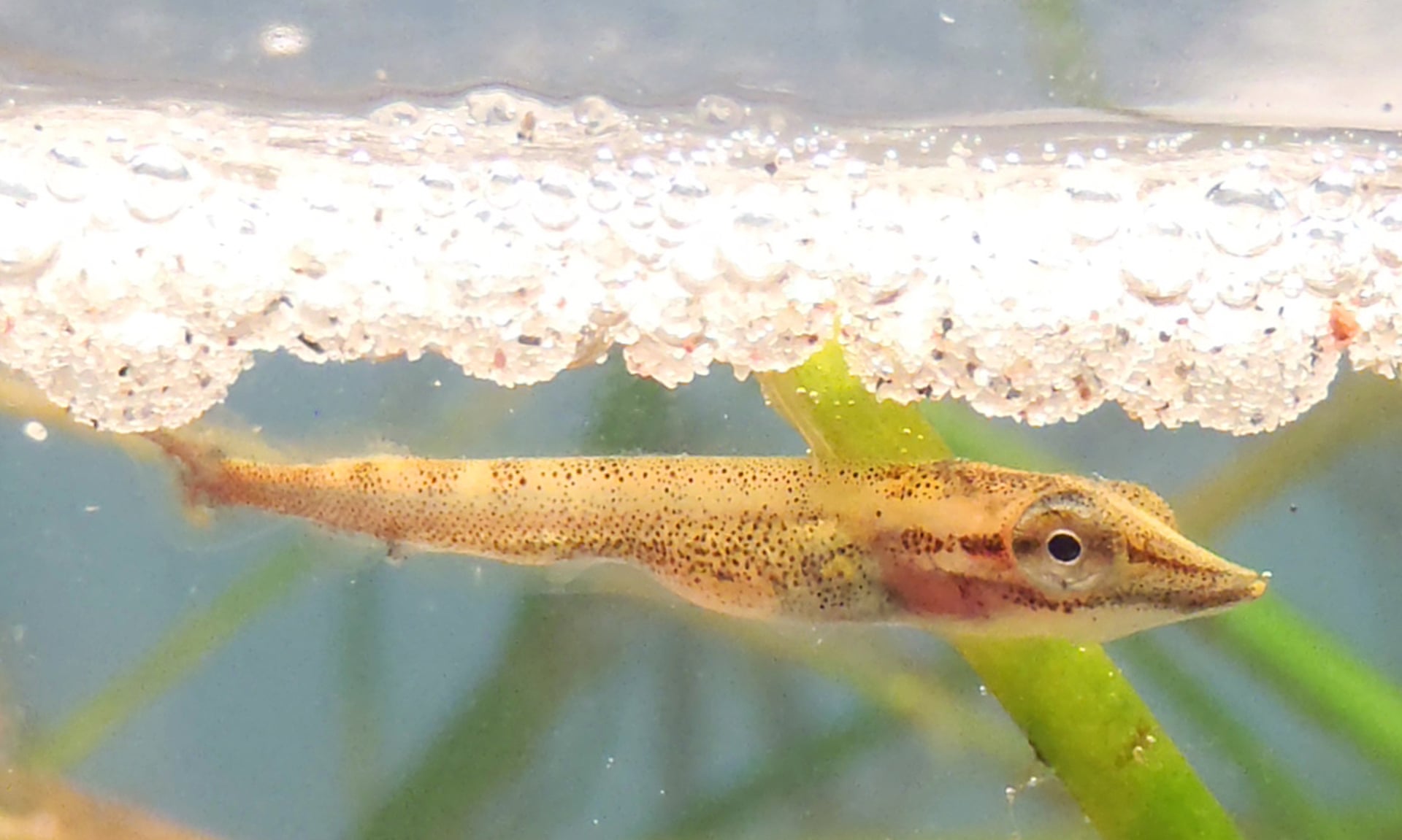 Tiny particles of plastic litter in oceans causing deaths, stunted growth and altering behaviour of some fish that feed on them, research shows

Fish are being killed, and prevented from reaching maturity, by the litter of plastic particles finding their way into the world’s oceans, new research has proved.
Some young fish have been found to prefer tiny particles of plastic to their natural food sources, effectively starving them before they can reproduce.

The growing problem of microplastics – tiny particles of polymer-type materials from modern industry – has been thought for several years to be a peril for fish, but the study published on Thursday is the first to prove the damage in trials.
Microplastics are near-indestructible in natural environments.
They enter the oceans through litter, when waste such as plastic bags, packaging and other convenience materials are discarded.
Vast amounts of these end up in the sea, through inadequate waste disposal systems and sewage outfall.

Another growing source is microbeads, tiny particles of hard plastics that are used in cosmetics, for instance as an abrasive in modern skin cleaners.
These easily enter waterways as they are washed off as they are used, flushed down drains and forgotten, but can last for decades in our oceans.

The impact of these materials has been hard to measure, despite being a growing source of concern.
Small particles of plastics have been found in seabirds, fish and whales, which swallow the materials but cannot digest them, leading to a build-up in their digestive tracts. 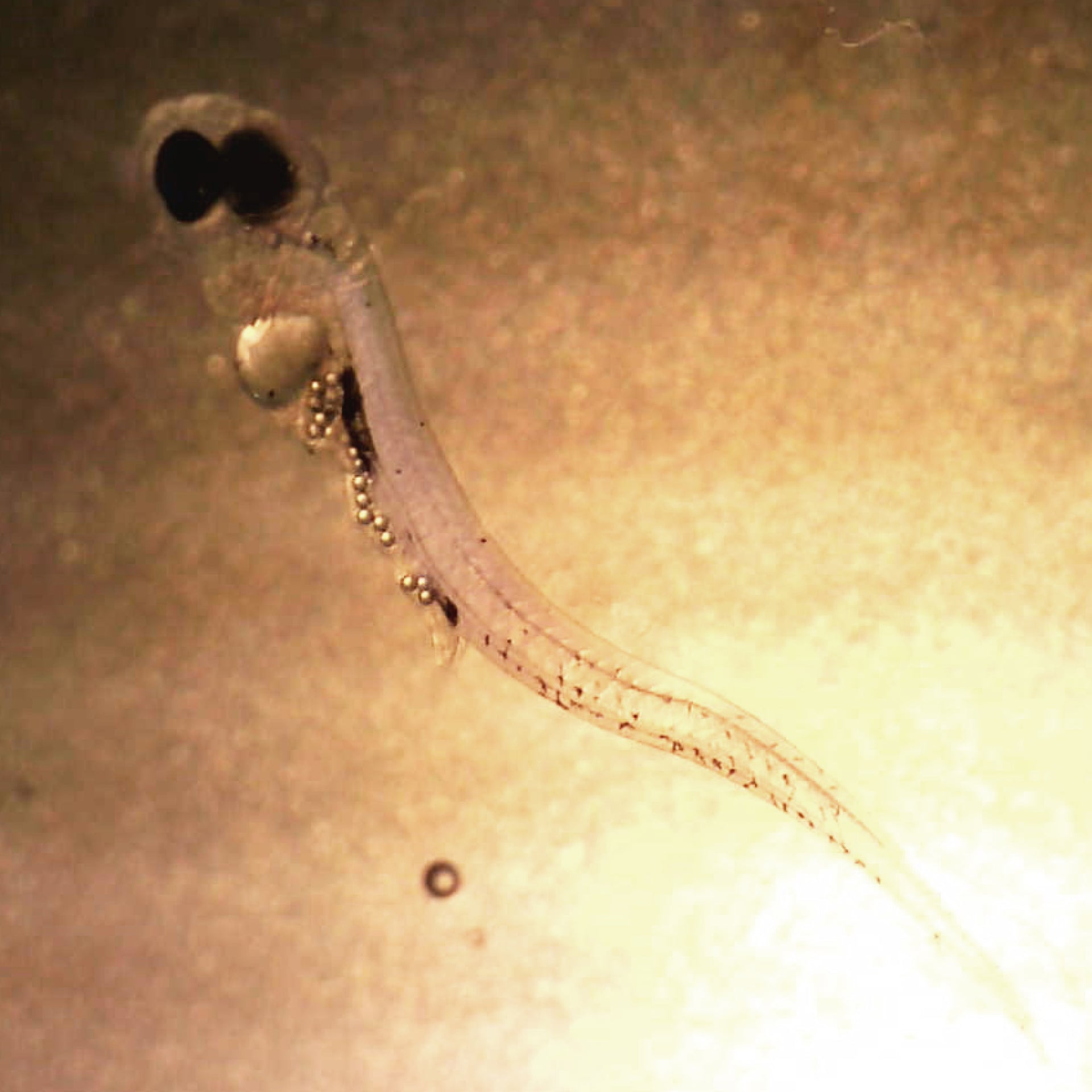 For the first time, scientists have demonstrated that fish exposed to such materials during their development show stunted growth and increased mortality rates, as well as changed behaviour that could endanger their survival.

Samples of perch, still in their larval state, were shown not only to take in the plastics, but to prefer them to their real food.
Larval perch with access to microplastic particles ate only the plastics, ignoring their natural food source of plankton.

The study, published in Science on Thursday, found that the fish born into an environment rich in microplastics – defined as tiny pieces of less than 5mm in size – had reduced rates of hatching and development to maturity.

The perch studied also ignored the chemical signals that would normally warn them of the presence of predators, the researchers found.
These particles are now found in abundance across the world’s oceans, and are often common in shallow coastal areas, where they wash in from waste dumps and sewerage systems
“This is the first time an animal has been found to preferentially feed on plastic particles, and is cause for concern,” said Peter Eklöv, co-author of the study.
“Larvae exposed to microplastic particles during development also displayed changed behaviours and were much less active than fish that had been reared in water that contained no microplastic particles.”

Environmental campaigners have been calling for a reduction in the waste allowed to drift from rivers into seas and oceans, and for an end to the use of artificial microplastics in cosmetics.
Greenpeace launched a campaign against microbeads early this year, and several companies have committed to phasing them out.

However, the study suggests that damage has already been done, and preventing the leakage of more microplastics into the oceans should be a matter of urgency, as once they are in our seas they are almost impossible to get rid of.

Perch exposed to microplastics in the study were eaten by pike four times more quickly than their naturally-reared relatives, when the predators were introduced into their environment.
All of the plastic-exposed fish in the study were dead within 48 hours. 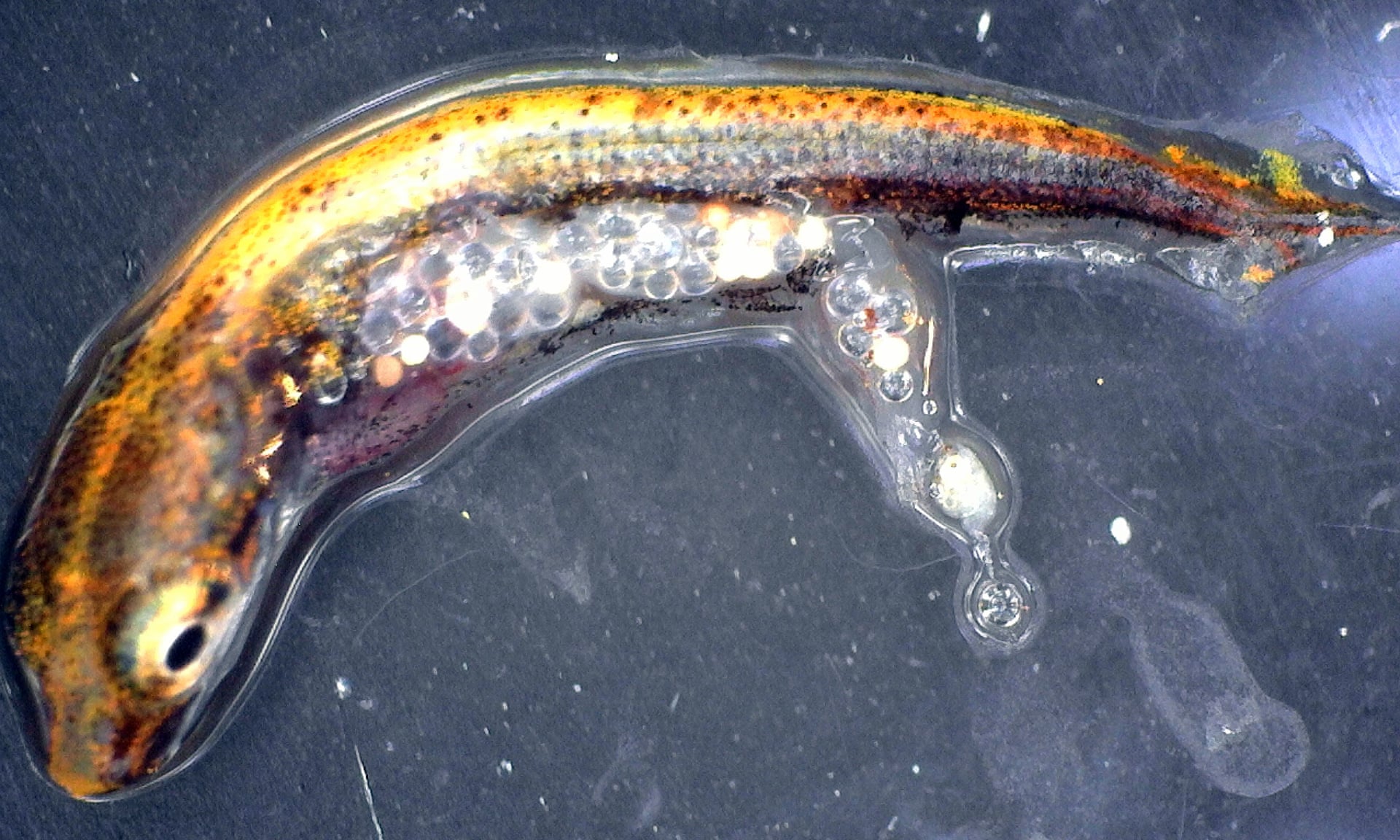 Microplastics visible in a pike.
Photograph: Oona Lönnstedt/Science
This suggests that the impacts of microplastics are likely to be far-reaching and long-lasting, beyond the immediate effects on the fish’s digestive systems, which was previously the main cause of concern.
Plastics may be causing differing behaviour in the fish, and inhibiting their evolved responses to danger, through mechanisms not yet fully understood.

The study adds to research that has found coastal fish species suffering marked declines in recent years, while the amount of plastic litter in the oceans has increased.
“If early life-history stages of other species are similarly affected by microplastics, and this translates to increased mortality rates, the effects on aquatic ecosystems could be profound,” warned Oona Lönnstedt, another of the report’s authors.