Is the new Suez Canal encouraging the spread of invasive species?

From Geographical by Chris Fitch


The iconic Suez Canal now has a twin channel, likely leading to a vast increase in shipping between Port Said and Suez.
However, there are dire warnings about the impact this project has had on marine wildlife in the Mediterranean.
The construction of the Suez Canal in the 19th century was an affair marred by accusations of slave labour and geopolitical jostling between Britain and France, resulting in a decade of controversy and financial horse-trading.
Nevertheless, when the 193km canal eventually opened in 1869 it had an immediate and dramatic impact on global trade, allowing ships a vastly quicker route between Europe and Asia, even if the first journeys took upwards of 40 hours to travel the length of the canal. 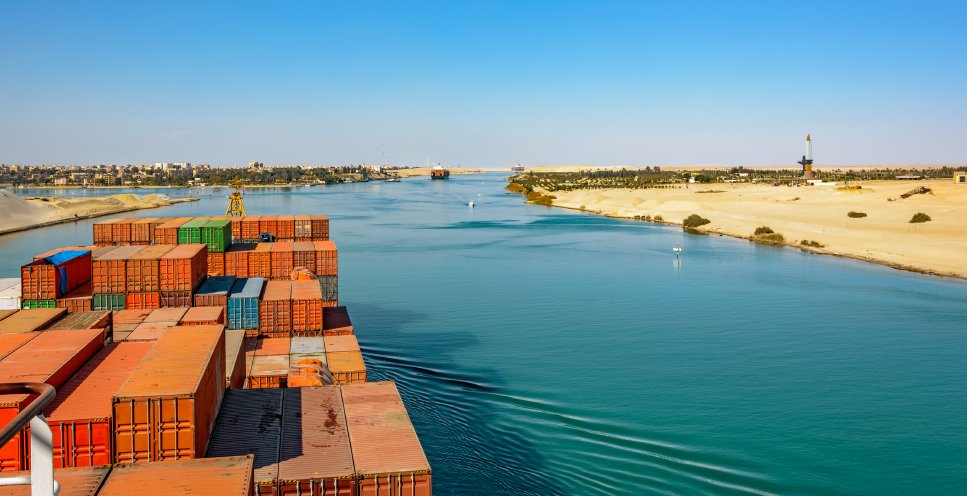 New images have now emerged revealing the most recent canal expansion, which was completed in August 2015, and officially opened by the the Suez Canal Authority in February 2016.
The expansion itself has seen the widening and deepening of the existing canal, as well as the construction of a new 35km channel running parallel to the original.
Understandably, the revolution of trade infrastructure over the past century-and-a-half – principally through the take-off in aviation travel – has diminished the importance of the Suez Canal.

Nevertheless, this expansion will likely have a significant impact on daily traffic through the canal, anticipated to grow from 49 ships at present, to 97 by 2023.
Additionally, waiting times are expected to drop to three hours instead of between eight and 11 hours at present, and transit times through the canal would become 11 hours instead of 18 hours. Interestingly, unlike many canals across the world, neither the original nor the new Suez Canals contain any locks, since the water levels in the Mediterranean and the Red Sea are are similar enough that ships can sail straight through.

However, prior to the opening of the new canal, there were concerns expressed by many in the scientific community about the lack of a rigorous study into the environmental impacts which the canal expansion might have, particularly in terms of the spread of invasive species.
‘It’s not a possibility, it happens,’ says Dr Elizabeth Cook, Head of the Scottish Association for Marine Science and a senior lecturer in Marine Biology.
‘It’s unbelievable how the eastern side of the Mediterranean is changing. Some of the species are now migrating, particularly the fish species, and some of them are noxious and cause fatalities. Compared to Northern Europe, there’s no comparison in the changes that are going on for invasives.’

Cook is one of several international scientists who have penned articles in recent years, warning of the dramatic impacts which the Suez expansion will have on the ecology of the marine environments of the Mediterranean.
Writing in the journal Biological Invasions last year, they reveal that, ‘of nearly 700 multicellular non-indigenous species currently recognised from the Mediterranean Sea, fully half were introduced through the Suez Canal since 1869.’
The worry is that the new channel will significantly increase this trend. In a separate article last year for the journal The Limnology and Oceanography Bulletin, they implored the Egyptian government to publish an ‘Environmental Impact Assessment’ for the Suez expansion, which they stated was, ‘one opportunity to prevent, or minimise, a potential great ecological setback to the biodiversity and the ecosystem of the Mediterranean Sea that should not be missed.’

The number of non-indigenous species in some Mediterranean countries.
In red, the fraction of species likely introduced through the Suez Canal
(Image: Galil et al.)
‘It’s a well-known fact for a number years that invasive species have been able to get through into the Mediterranean through the Suez Canal, and they are completely changing the ecology of the eastern part,’ emphasises Cook.
She highlights one species, the highly poisonous jellyfish Rhopilema nomadica, swarms of which have caused numerous problems across the Mediterranean since first passing through the canal in the 1980s.
‘Certain species are even starting to get to the western side,’ she warns.