The Delta Works in the Netherlands (Holland) is the largest flood protection project in the world.
This project consists of a number of surge barriers, for examples:
1- The Oosterscheldekering is the largest of the 13 ambitious Delta Works series of dams and storm surge barriers and it is the largest surge barrier in the world, 9 kilometres (5.6 mi) long. The dam is based on 65 concrete pillars with 62 steel doors, each 42 metres wide. It is designed to protect the Netherlands from flooding from the North Sea.
2- The Maeslantkering is a storm barrier with two movable arms; when the arms are open the waterway remains an important shipping route however when the arms close a protective storm barrier is formed for the city of Rotterdam. Closing the arms of the barrier is a completely automated process done without human intervention.

From Phys by Nicolas Delaunay

Had nature been left to take its course much of the Netherlands would be a muddy swamp and the tiny coastal nation would never have risen to be the eurozone's fifth largest economy.

More than half of the country's 17 million people live in low-lying at risk areas, but thanks to hard work, perseverance and a lot of technical savvy they snuggle safely behind an ingenious network of 17,500 kilometres (10,800 miles) of dykes, dunes and barrages.
After struggling against the seas for hundreds of years, the Netherlands prides itself on being the "safest delta" on the planet and now exports its expertise around the world.
As water levels rise thanks to climate change and turbulent weather patterns unleash fierce storms, Dutch know-how in protecting low-lying areas has turned the country into the leader in its field.
"It's thanks to our history," Infrastructure Minister Melanie Schultz van Haegen told AFP.
"We have been battling for centuries to hold back the seas." 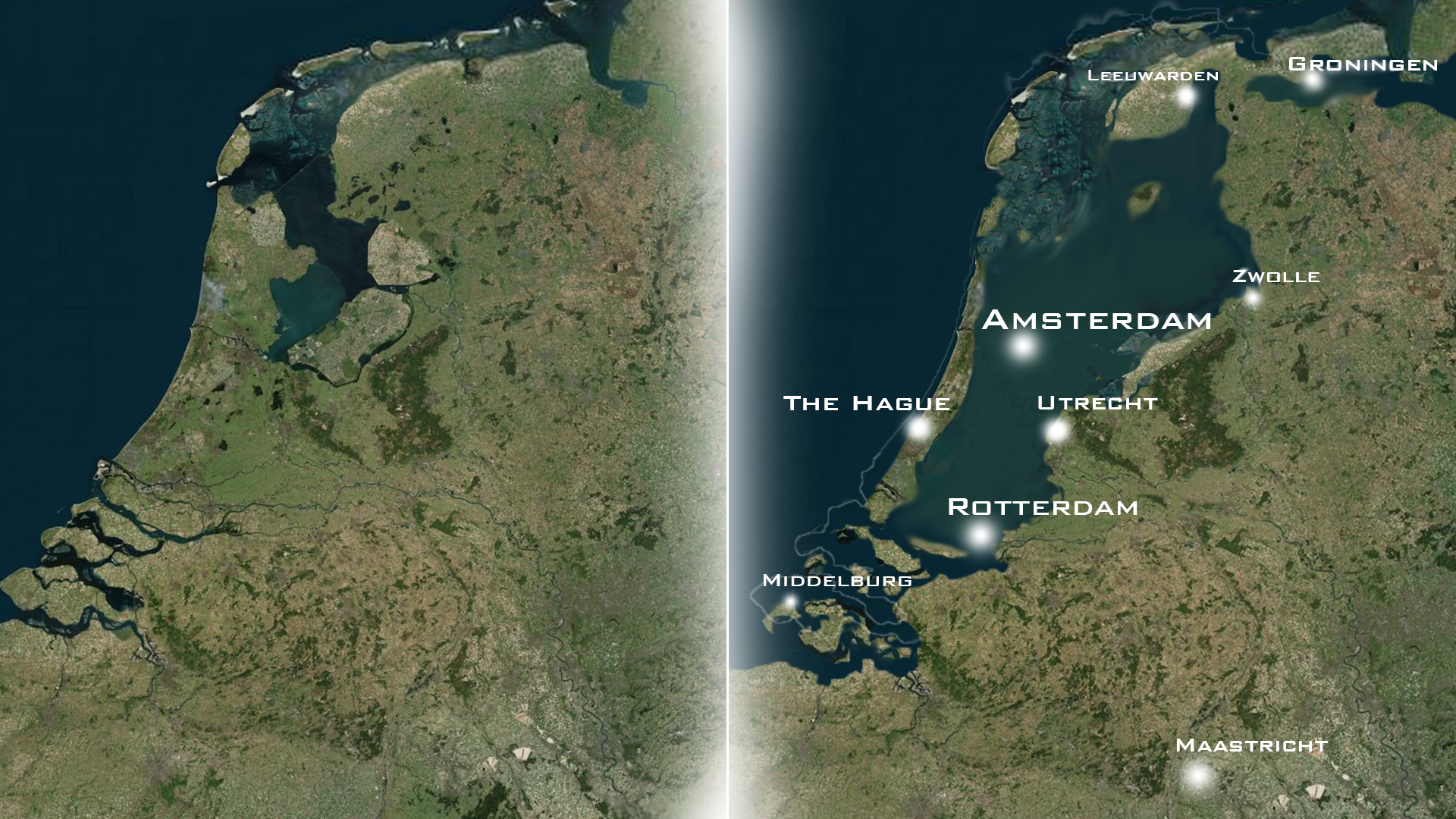 With and without the dikes

Just like the legend of the boy who stuck his finger in crumbling dyke, necessity has been the mother of invention.
Dutch companies now account for some 40 percent of the global dredging business open to international competition.
"Water is not so much a threat, but an asset. It can bridge economy and ecology," said Henk Ovink, the country's special representative on water issues.
More than 70 percent of the country's gross domestic product is produced on land at risk of flooding. Amsterdam's sprawling Schiphol airport—the fifth busiest in Europe—should by rights be a playground for fish. 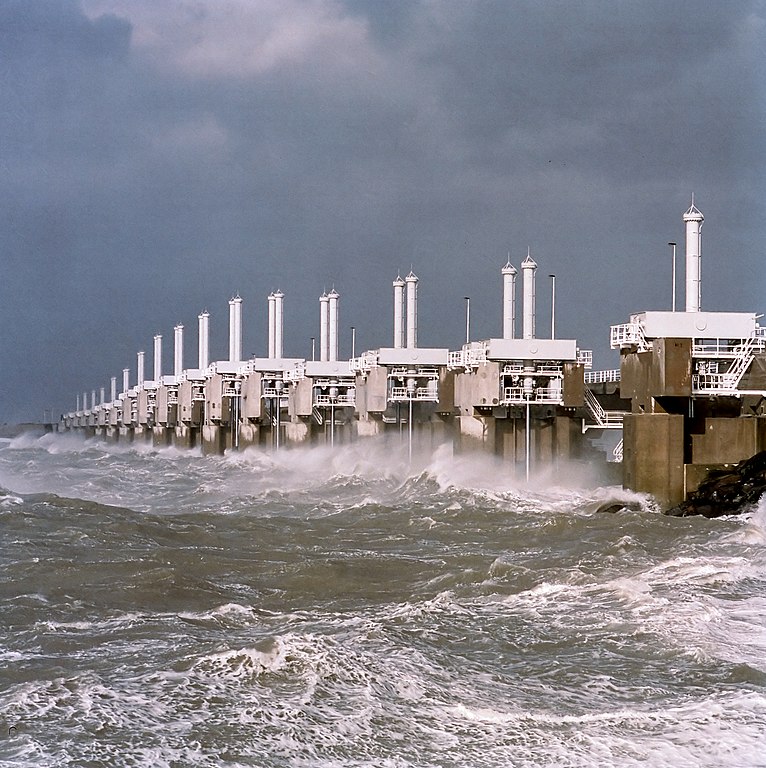 Oosterscheldekering during a storm
As water levels rise thanks to climate change and turbulent weather patterns unleash fierce storms, Dutch know-how in protecting low-lying areas has turned the country into the leader in its field

The turning point for the Netherlands came in 1953 when devastating floods swept in from the North Sea killing 1,835 people and leaving 72,000 homeless in the southwest.

Traumatised and shocked, the Dutch decided the only way forward was to improve their sea defences.
"Now Holland's level of protection is 100 to a 1,000 times better than most other countries," said Bart Schultz, a researcher at the UNESCO-IHE Institute for Water Education based in Delft.
The Eastern Scheldt storm surge barrier is a gargantuan construction stretching an impressive nine kilometres (five miles) between the southern islands of Schouwen-Duiveland and Noord-Beveland. 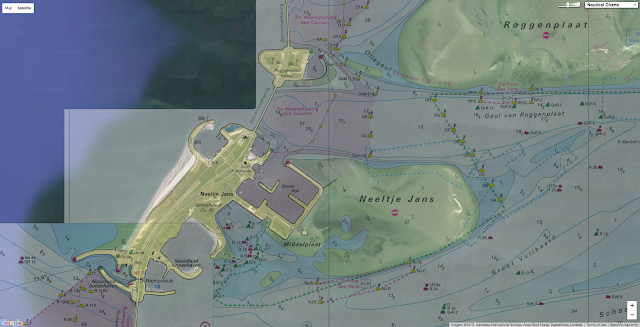 Surge barriers in the Dutch Southern islands with the GeoGarage

Thanks to a series of massive sluice gates it can completely close off the mouth of the estuary, preventing the unpredictable North Sea from surging through.
But simpler solutions also work.
A huge man-made sand bank, bigger than 200 football fields, was inaugurated in December 2011 just south of The Hague.
Like a pregnant belly it juts out into the sea from the beach, and swept by the winds and tides protects the beautiful dunes behind from erosion.
According to the UN's Intergovernment Panel on Climate Change, the oceans rose some 19 centimetres (seven inches) from 1901 to 2010.
They predict sea levels will now rise from 26 to 82 centimetres by 2100 compared with the end of the 20th century. 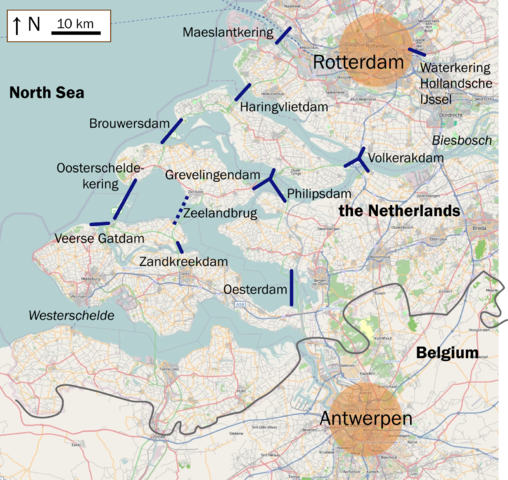 After struggling against the seas for hundreds of years, the Netherlands prides itself on being the 'safest delta' on the planet
Deltas at risk

And the world's burgeoning and resource-rich delta zones where some 10 percent of the world's population lives are at the greatest risk, according to the Delta Alliance organization.
It's here that Dutch technology has proved so valuable.
Some 2,500 Dutch firms work in the water industry, doing some 17 billion euros of business every year, said Lennart Silvis, director of the Netherlands Water Partnership.

Modern dikes work hard — as they have for centuries —
to preserve drained and reclaimed Dutch land.

After Hurricane Katrina ripped through New Orleans in August 2005, the Netherlands played a huge role in reconstructing the city's sea defenses.
That led to an increased cooperation with the United States, and when Hurricane Sandy hit New York and Jersey in 2012, Dutch help was again called upon.
"There is often huge interest after a disaster. But we would like to see greater preventative work which will help protect people in the long term," said Schultz van Haegen.
In Southeast Asia, Dutch experts have worked to shore up defenses from Jakarta to the Mekong delta.
"Obviously we need to protect against the water, but there are other aspects of urban planning such as purification and access to drinking water, or even how to build roads," said Silvis.

Learning to live with the water has also spurred creative thinking—Dutch experts are researching how to farm with salt-water, or how to produce energy by mixing salt and fresh water.
From building floating platforms off the Philippines to restoring wetlands areas in Kenya and Uganda, it seems there are no limits.
And there's even a little room for some luxury, when it comes to mastering the seas.
Sand islands shaped into a palm-tree and a network of islands formed like a map of the world off Dubai are the work of the Dutch international dredging company Van Oord.