The small islands holding the key to the Indian Ocean 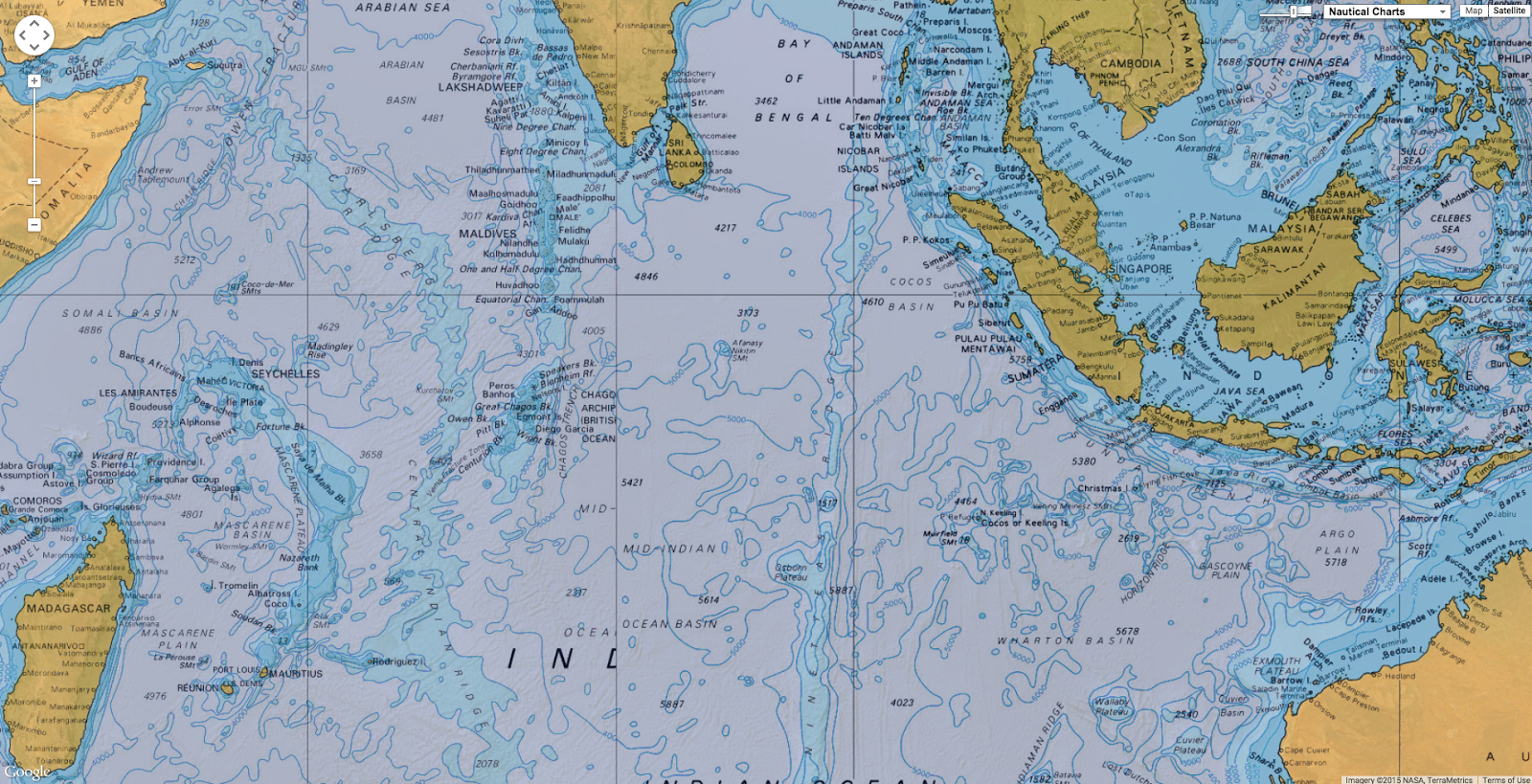 Indian Ocean with the Marine GeoGarage

From The Diplomat by Darshana M. Baruah

Small islands dotting the Indian Ocean are emerging at the center stage of great power politics.

The rise of China, changing power dynamics, territorial disputes in the East and South China Sea, and the U.S. rebalance to Asia have all led to the re-emergence of the Indian Ocean as the center stage for power politics in the Indo-Pacific.
Much has been written about China’s assertive behavior in the South and East China Seas and it remains a cause of concern for all key actors in the region.
However, looking beyond these islands in Southeast Asia to the ones in the Indian Ocean, one realizes that Beijing has been working incessantly to secure its strategic interests and strengthen its role as a major player in the Indo-Pacific — alarming other regional powers such as India and the U.S.
The conflict in the South China Sea can be describe as a frozen situation with no dispute resolution in sight.
While a number of mechanisms exist, none has been successful in solving the territorial claims.
Apart from the occasional confrontation and verbal protests, Beijing seems to be in good control over the South China Sea.

Trade Routes and Straits
Over half of the world's commercial shipping passes through the waterways of the Indo-Pacific region.
The Strait of Malacca, in particular, is one of the most important shipping lanes in the world.
The strait links the Indian and Pacific Oceans and carries approximately 25% of all traded goods.
It also carries approximately 25% of all oil that travels by sea.
At its narrowest point just south of Singapore, the Strait of Malacca is only 1.5 nautical miles wide, making it one of the world's most noteworthy strategic chokepoints.

Having fairly secured its interests in the Western Pacific, China is now looking to expand its presence in the Indian Ocean.
While Beijing has the capabilities to venture out into the Indian Ocean, alarming a host of other nations in the region, it does not have the means to sustain its presence, especially in the event of a conflict.
What China now seeks to do is court and improve relations with the small island nations in the India Ocean to facilitate its increasing presence in those waters.
Beijing is thus using commercial initiatives to achieve its security and strategic aims in the region.
In turn, New Delhi and Washington too are scrambling to strengthen relationships with their friends and allies and re-assert their influence over the small island nations.
This essay looks at the geo-strategic competition unfolding between China, the U.S., India, and their friends in the Indian Ocean. 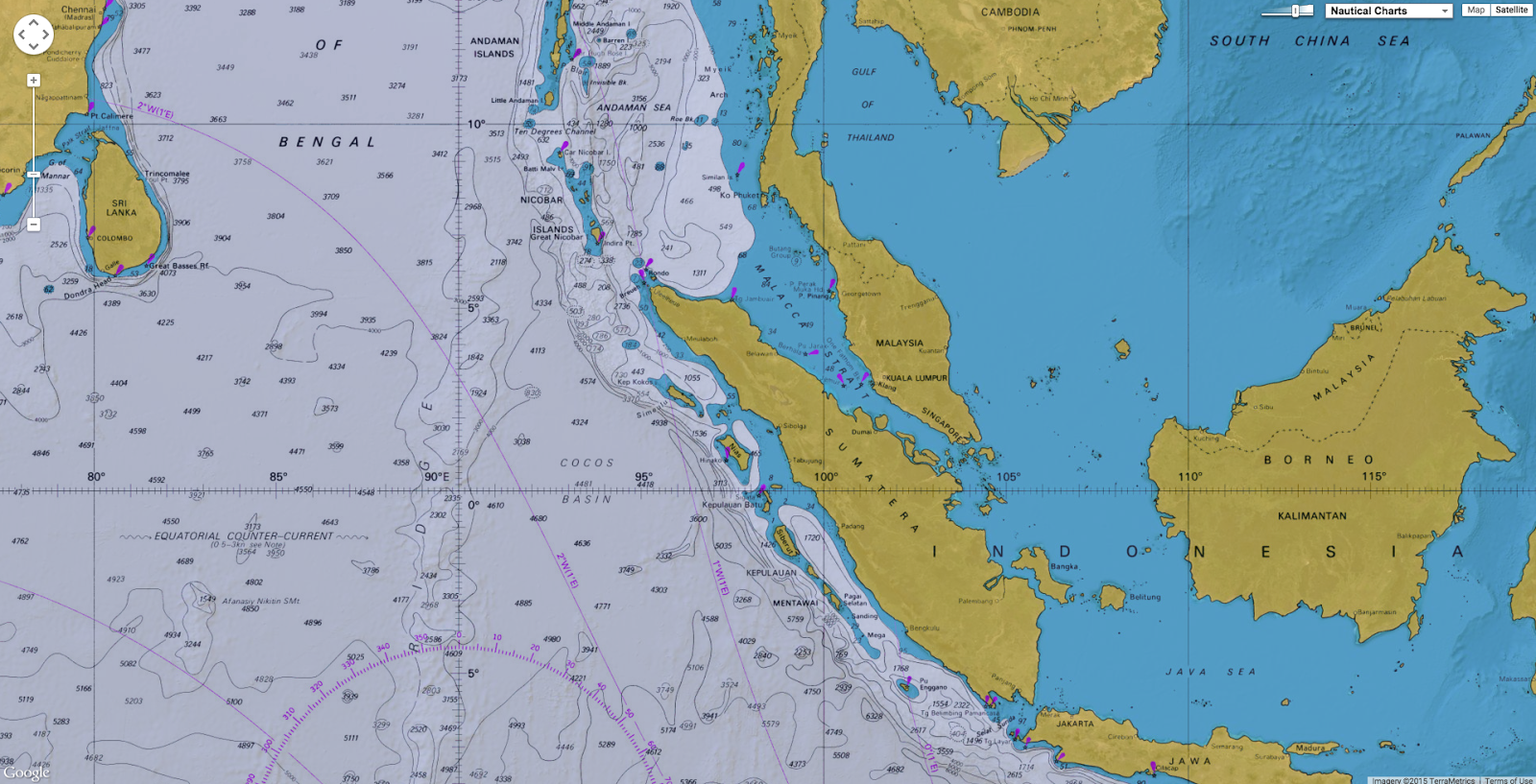 Strait of Malacca with the Marine GeoGarage

China is well aware of its challenges in projecting power in the Indian Ocean.

South China Sea LNG Flows
One-third of the world’s liquefied natural gas passes through the Straits of Malacca and into the South China Sea, with the bulk of it originating in the Persian Gulf.
LNG also flows into the region from Southeast Asia and Oceania.
Much of this imported LNG is bound for Japan and South Korea.

Beijing has always been concerned about the security of its oil and gas imports from the Middle East and Africa transiting through the Indian Ocean and the Strait of Malacca.

Trade and Resources in the Indian Ocean
The Indian Ocean is not the site of nearly as many territorial or maritime disputes, but it is nonetheless inseparable Pacific assets and interests.
Eighty percent of Japanese and 39 percent of Chinese oil imports pass through the Indian Ocean en route from the Middle East. Chinese firms also have billions of dollars of investments in East Africa, concentrated primarily in the oil and gas, railways and roads, and other mining sectors.

What is emerging as a greater concern is the reliance on American forces to secure the sea lines of communications (SLOCs) and chokepoints along the route.
With no sustainable presence in the Indian Ocean, Beijing’s energy imports are highly vulnerable in the event of a military standoff with New Delhi or Washington.
Former Chinese President Hu Jintao talked of the “Malacca Dilemma” and the need to secure China’s strategic and economic interests in the region.
For China, the debate boils down to two key points — either they find a way to reduce their dependency on the Malacca Strait or they maintain a credible presence in the Indian Ocean to equally secure the SLOCs.
This is perhaps one of the driving factors behind China’s aggressive pursuit of good relations with the island nations in the Indian Ocean.
In an effort to moderate its strategy and avoid attracting attention, Beijing is relying more on economic initiatives to strengthen its ties with small but critical islands in the Indian Ocean. 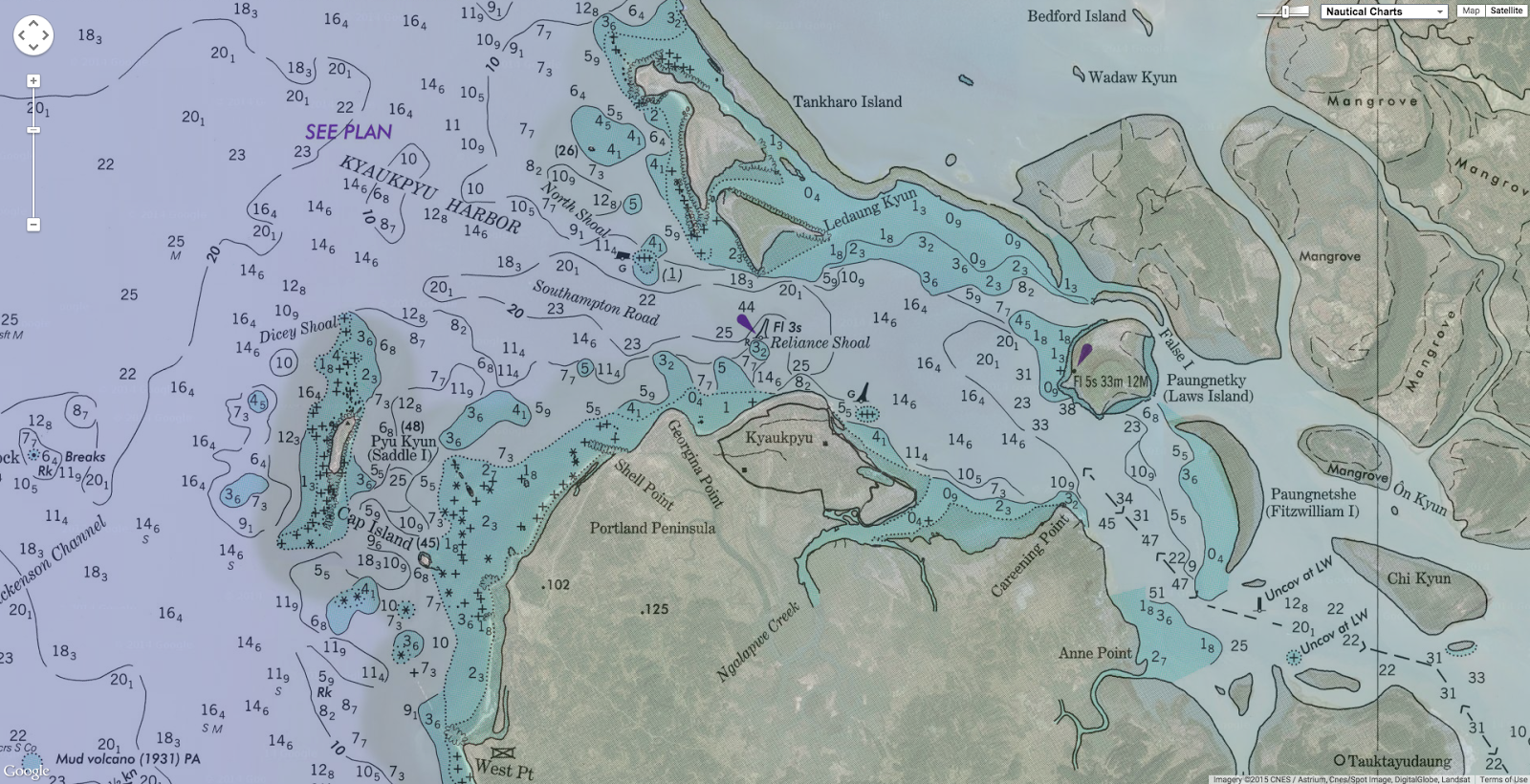 Kyauckpyu harbour with the Marine GeoGarage

Kyauckpyu is a small port town in Myanmar and possibly Beijing’s answer to its “Malacca Dilemma.”
The Chinese presence in Myanmar and the Bay of Bengal is too close for comfort for policymakers in New Delhi.
However, undeterred by Indian concerns, China has continued to invest in Myanmar, resulting in two gas and oil pipelines ferrying Chinese energy imports straight from the Indian Ocean without crossing the Straits of Malacca.
The first project to materialize was the gas pipeline connecting Kyauckpyu to Kunming in 2013.
The pipeline enables Beijing to completely avoid using the Malacca Strait and tap directly into Myanmar’s offshore gas fields.
The second project is an oil pipeline starting from Maday Island in Kyauckpyu and transiting to China’s Yunnan province.
The oil pipeline entered its operational stage as recently as January 2015.
This oil pipeline runs parallel to the gas pipeline, directly transferring Beijing’s oil imports from West Asia and Africa.
The gas and oil pipelines help solve China’s “Malacca Dilemma,” increasing its energy security tremendously.
While the pipelines have great economic benefits for Myanmar as well, the underlying strategic dimension of the project cannot be overstated. 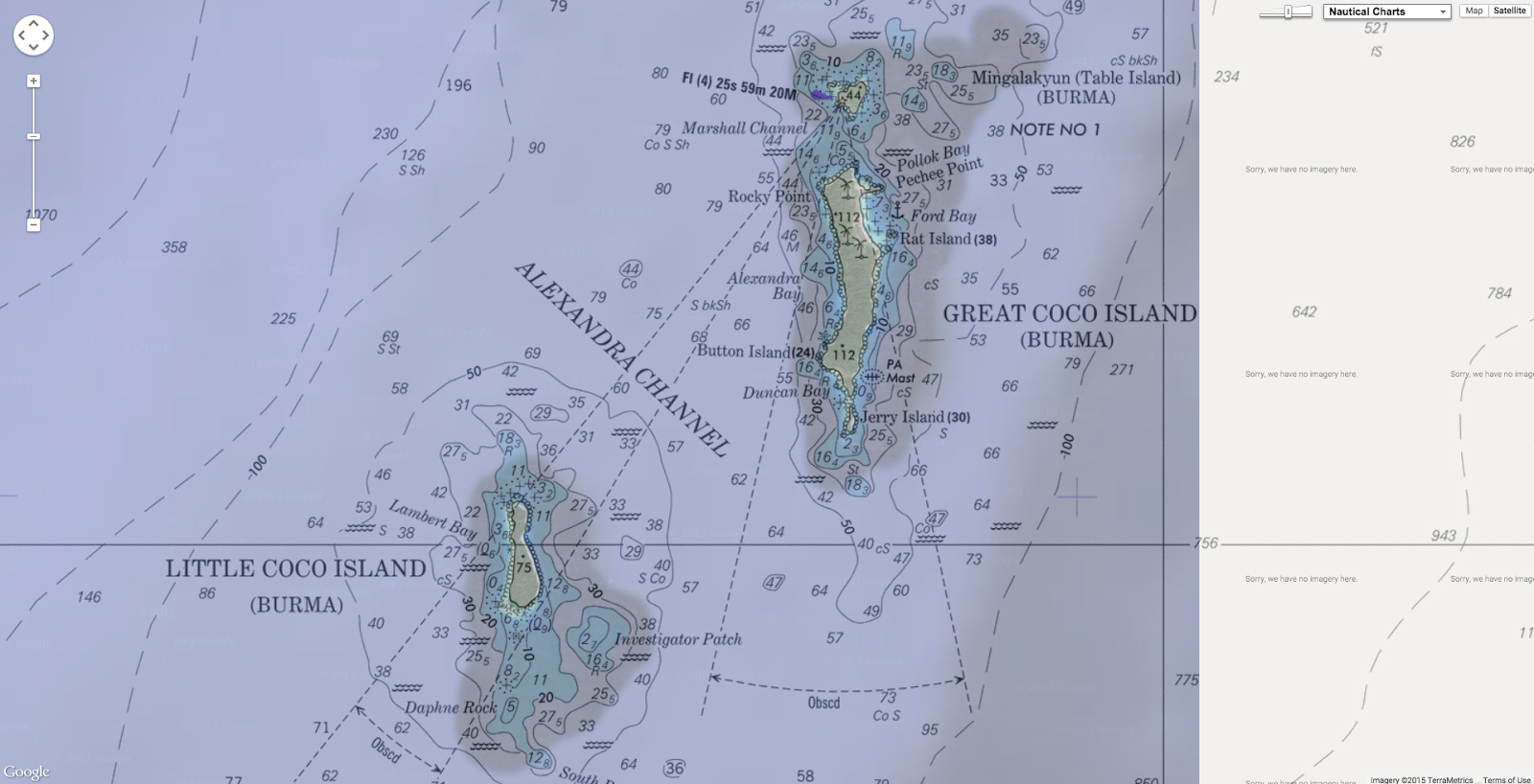 Geographically a part of the Andaman group of islands, Great Coco Island and Little Coco Island are controlled by Myanmar.
Since the early 1990s, there have been frequent reports of China using those islands for military and naval purposes but there is no certain proof of whether the islands are actually under Chinese control.
Thus, Chinese presence on the Coco Islands, developing intelligence systems and other naval facilities, is unnerving for nearby India.
While it is yet not certain whether the Great Coco island hosts Chinese intelligence systems, there is greater acknowledgement on the building of runways and other connectivity infrastructure on the Cocos. 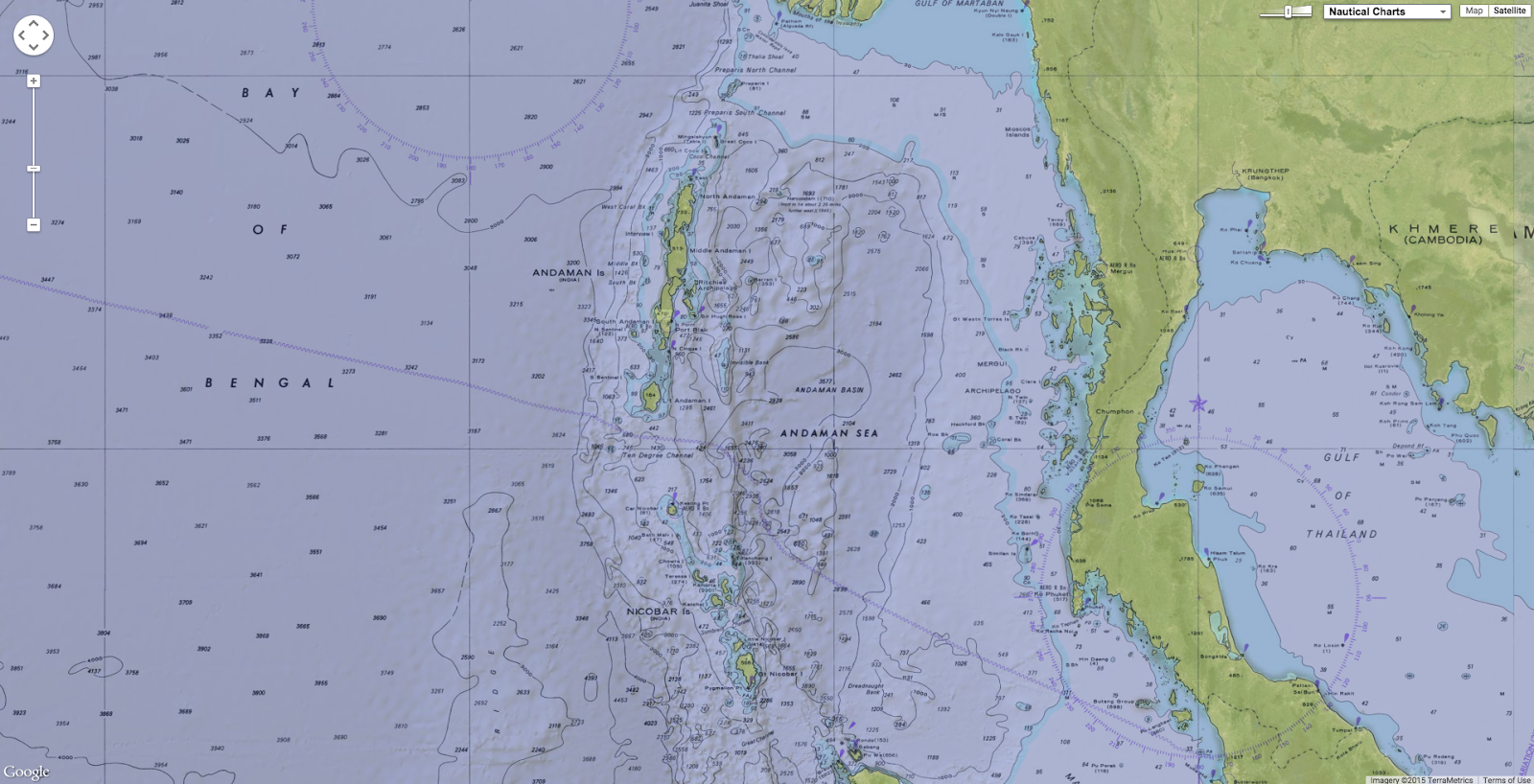 The Andaman and Nicobar Islands (ANI), controlled by India, are located southwest of the Cocos, closer to Indonesia and to the busy sea lanes of the Malacca Strait.
The islands give India a strategic advantage in the Indian Ocean Region — perhaps why New Delhi established there its first and only tri-command (Army, Navy and Air Force) service in 2001.
India’s control over the islands has proved instrumental in collaborating with the navies of the region and carrying out critical exercises such as MILAN and MALABAR.
Chinese control of the Coco Islands in Myanmar would mean that Beijing would have the advantage of monitoring the Indian Navy in close proximity.

With growing Chinese investments in Myanmar and developing ties between the two nations, Beijing’s military presence in the Cocos is definitely a possibility over time, if not an overnight development.
A military presence in the Coco Islands,if truly established, would give China the edge to monitor India’s naval activities with other powers in the region.
It will also affect other regional powers such as Australia and the U.S. and strengthen China’s foothold in the Indian Ocean.
In February 2014, China carried out naval exercises through the Lombok Strait near Indonesia, deploying its largest landing ship, the Changbaishan.
The drill was closely watched by countries like India, Australia, and the U.S., as it underlines China’s ability to project power beyond its shores.
While as of now China is only projecting into the Indian Ocean, Beijing’s growing ties with the island nations of the Indian Ocean will allow the PLA Navy to maintain a more sustainable presence in the IOR.

Conscious of Beijing’s Indian Ocean strategy, the Indian government under Prime Minister Modi is paying a considerable amount of attention to maritime security and to strengthening ties with the IOR islands and littorals.
With a new government coming into power in Sri Lanka, India is eagerly looking to step up its security ties with the island nation. 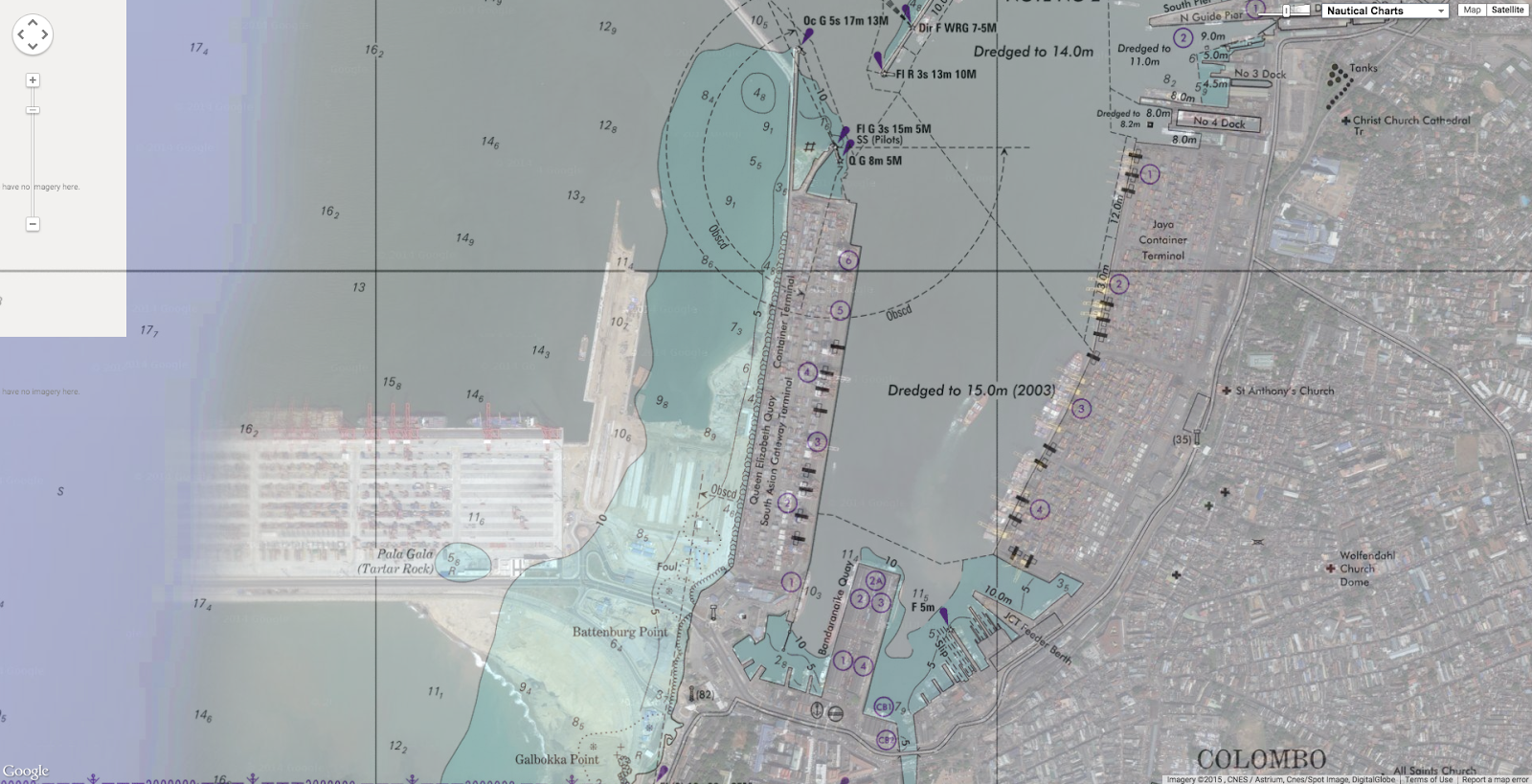 Chinese infrastructure and development projects such as the Hambantota port and the frequent docking of Beijing’s submarines at Colombo for “re-fueling and refreshment” is a growing concern for India.
Capitalizing on the new opportunity extended by the Maithripala Sirisena government (India was the destination of Sirisena’s maiden overseas visit), Modi is scheduled to travel to Colombo in March to discuss key issues of interest and concern between the two countries.
Modi will also travel to the Maldives and Seychelles during the same leg of the trip, strengthening New Delhi’s Indian Ocean act.
While India cannot block Beijing’s entry into the Indian Ocean game, New Delhi is in dire need of strengthening its own.

The Cocos (Keeling) Islands are an Australian Indian Ocean territory and an area of strategic importance given the critical SLOCs that pass through the region.
While at present there are no military establishments in the islands, the Cocos could serve as a U.S. military base in the future as a result of competition for strategic space in the Indian Ocean. According to Australian Defense analyst Ross Babbage, the Cocos (keeling) Islands can “extend Australia’s reach into the surrounding region for surveillance, air defense, and maritime and ground strike operations.
The islands could, in effect, serve as unsinkable aircraft carriers and resupply ships.”
These islands could prove critical to Australia and its allies during a time of emergence in the Indian Ocean. 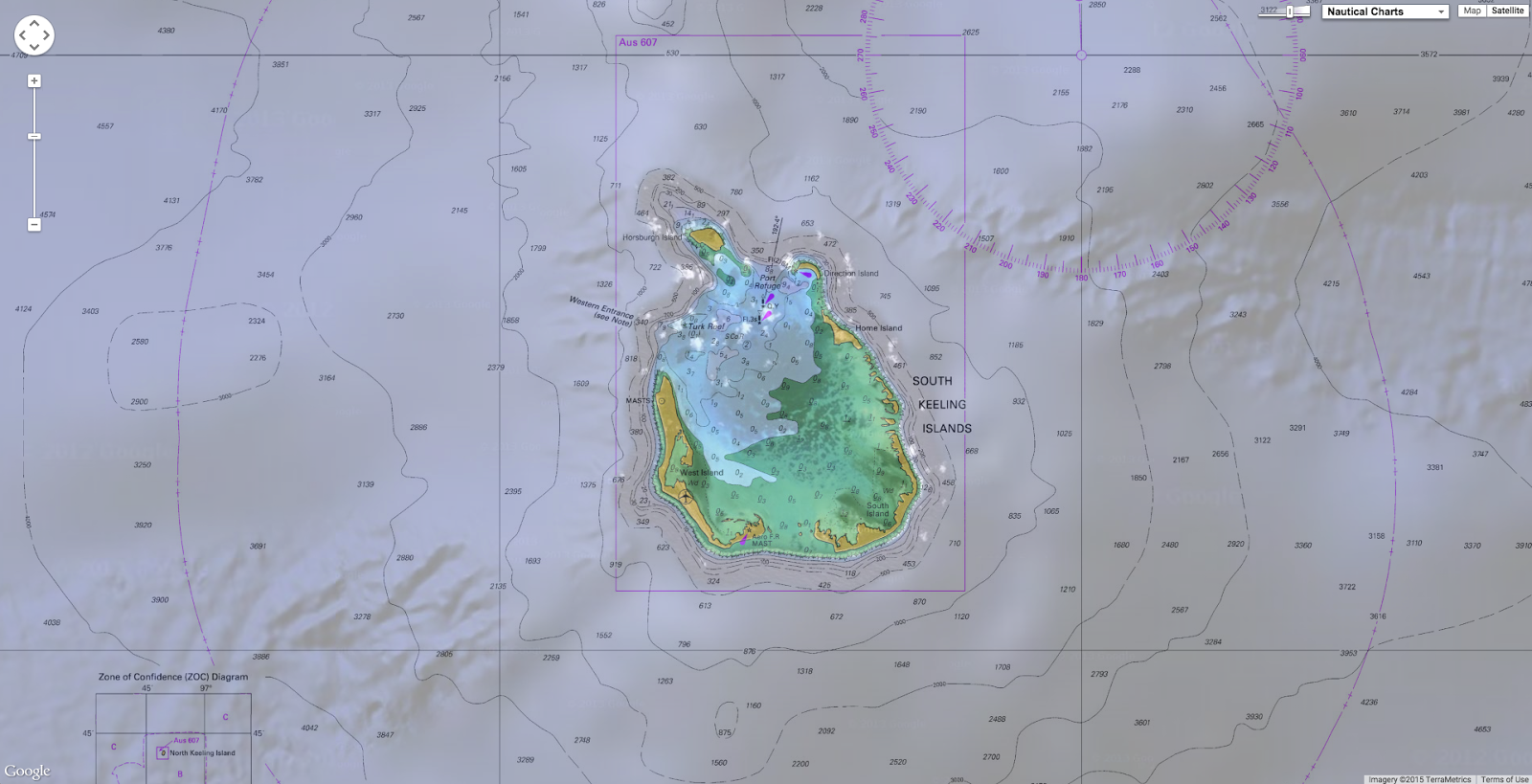 According to a report by the Wall Street Journal in February this year, Washington is looking to expand its maritime ties with Australia and India and hence is looking for a feasible Australian port and base to function out of.
The report quotes U.S. Chief of Navy Operations Adm. Jonathan Greenert as saying “We’re doing a study… to see what might be feasible for naval cooperation in and around Australia, which might include basing ships.”
The U.S. military presence in a base outside of Darwin is already set to increase, given Obama’s announcement in 2011 that the U.S. will deploy 2,500 marines at the base on a rotational basis.
As a part of the U.S. rebalance strategy and growing defense ties with Canberra, American presence in the Indian Ocean will only increase, especially in the face of a stronger China.

Small islands dotting the Indian Ocean are emerging at the center stage of great power politics unfolding in the Indian Ocean Region.
These islands are critical in sustaining credible presence in the vast Indian Ocean outreach, encompassing the key SLOCs forming the backbone of the global economy.
Control and authority over the Indian Ocean will help a nation emerge as true maritime power. Access to and control of islands (through military and commercial initiatives) seems to be a key part of China’s strategy to establish itself as a maritime power.

However, unlike in the South China Sea, the Indian Ocean cannot be controlled by one particular nation because of the sheer vastness of the area and the presence of multiple regional powers (or, as one may say, middle powers).
What the Indo-Pacific region needs is a security architecture that can contain the territorial disputes in the Western Pacific and stop the hostility from spilling over to the other side of the Malacca strait.
Posted by geogarage at 1:06 AM